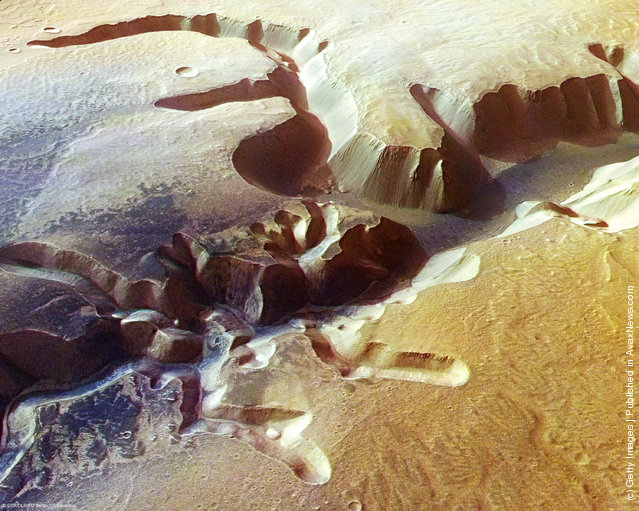 “Echus Chasma is a chasma in the Lunae Planum high plateau north of the Valles Marineris canyon system of Mars. Clay has been found in Echus Chasma that means that water once sat there for a time. Echus Chasma is approximately 100 km long and 10 km wide, with valleys ranging in depth from around 1 km to 4 km”. – Wikipedia

Photo: In this handout image supplied by the European Space Agency (ESA) on July 16, 2008, The Echus Chasma, one of the largest water source regions on Mars, is pictured from ESA's Mars Express. The data was acquired on September 25, 2005. The dark material shows a network of light-coloured, incised valleys that look similar to drainage networks known on Earth. It is still debated whether the valleys originate from precipitation, groundwater springs or liquid or magma flows on the surface. (Photo by ESA via Getty Images)
Details
18 Jul 2011 11:47:00,post received 0 comments
Publication archive:
←   →
Popular tags:
All tags
Last searches: