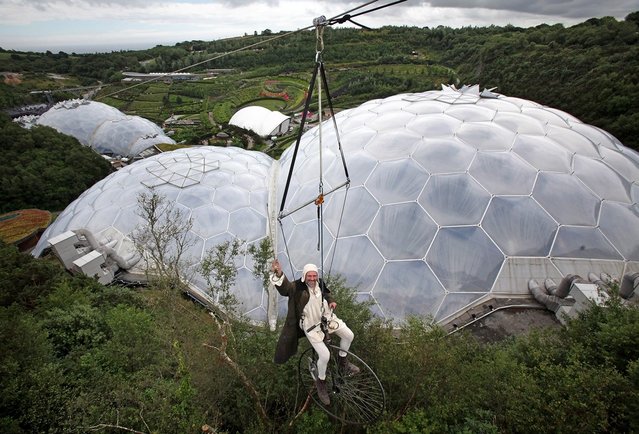 Marco Fiera from NoFit State Circus tries out the SkyWire, the new zip wire attraction which opens to the public this week at The Eden Project on July 17, 2012 in St Austell, England. The new 740m zip wire, currently the longest in England, allows the public a bird's eye view of the iconic Rainforest and Mediterranean Biome structures as well as the Cornish attractions outdoor gardens. The Eden Project – which opened in 2001 and has attracted over one million visitors – showcases 100,000 plants from around the world in two giant transparent domes, one of which is the world's largest greenhouse, each recreating different climate conditions. (Photo by Matt Cardy)
Details
19 Jul 2012 10:00:00,post received 0 comments
Fact Circus Show to Make Global Debut at the Eden Project 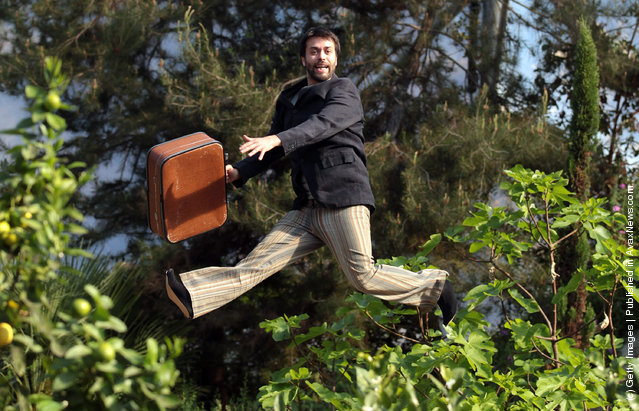 Circus performer and trampolinist Max Calaf Seve performs at a preview for NoFit State Circus new summer show at the Eden Project on March 29, 2012 in St Austell, England. This will be the second time that the NoFit Circus has performed in the world famous biomes of the Eden Project. The production will start on July 28 and run until September 2 before leaving Cornwall for a global tour. (Photo by Matt Cardy/Getty Images)
Details
30 Mar 2012 10:08:00,post received 0 comments
Publication archive:
←   →
Popular tags:
All tags
Last searches: