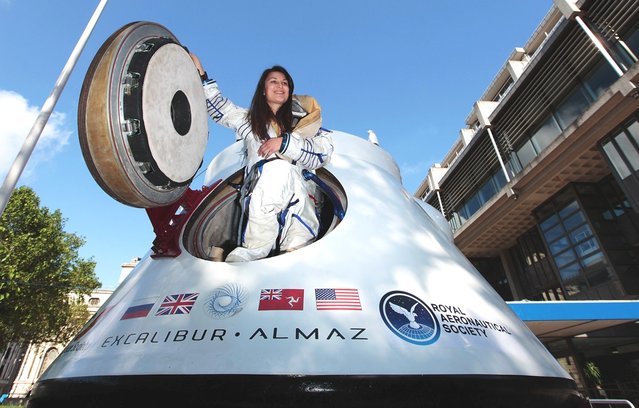 A British space-exploration company has revealed its aim to fly the public to the moon from 2015 – providing they have £100m for a ticket.

Photo: Jenn Sander from Red Robin PR, wearing a spacesuit once worn by US Astronaut Peggy Whitson, sits inside a re-entry capsule owned by Excalibur Almaz outside the Queen Elizabeth II Centre on June 19, 2012 in London, England. The company today announced their plan to fly people to the moon on what is the 40th anniversary year of the Apollo 17 moon landing. (Photo by Rosie Hallam)
Details
20 Jun 2012 10:07:00,post received 0 comments
Publication archive:
←   →
Popular tags:
All tags
Last searches: