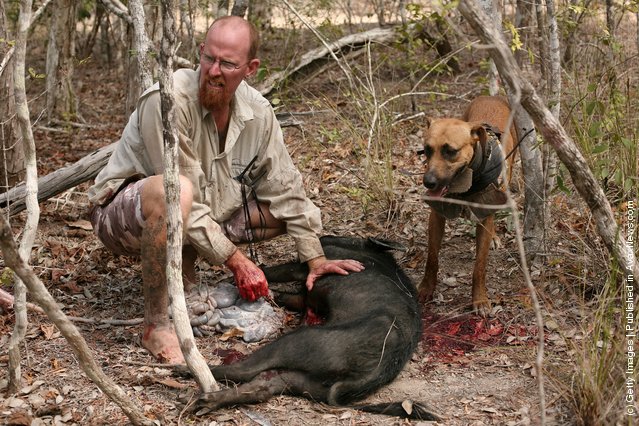 Tom Nevins guts a feral pig sow during hunting on Silver Plains Station on October 8, 2011 outside of Coen, Australia. Feral pigs are recognised as environmental and agricultural pests reported to have a population of up to 23.5 million over around half of Australia. The Cooktown Hog Hunt is held annually with this year's hunting window open from registration at 2pm on Friday to the end of weigh in at 2pm on Sunday afternoon. (Photo by Mark Kolbe/Getty Images)
Details
12 Oct 2011 11:30:00,post received 0 comments
Publication archive:
←   →
Popular tags:
All tags
Last searches: