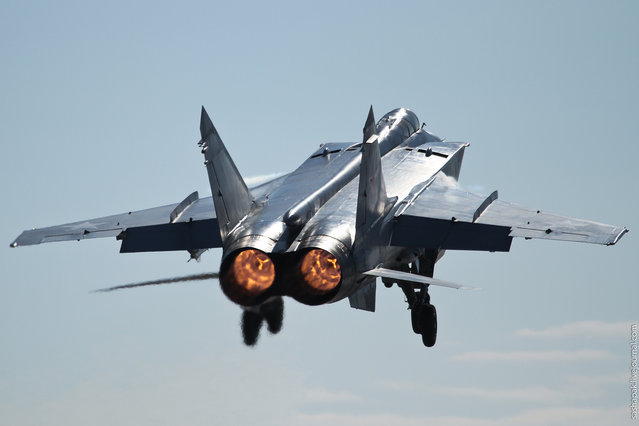 “The Mikoyan MiG-31 (NATO reporting name: Foxhound) is a supersonic interceptor aircraft developed to replace the MiG-25 “Foxbat”. The MiG-31 was designed by the Mikoyan design bureau based on the MiG-25”. – Wikipedia