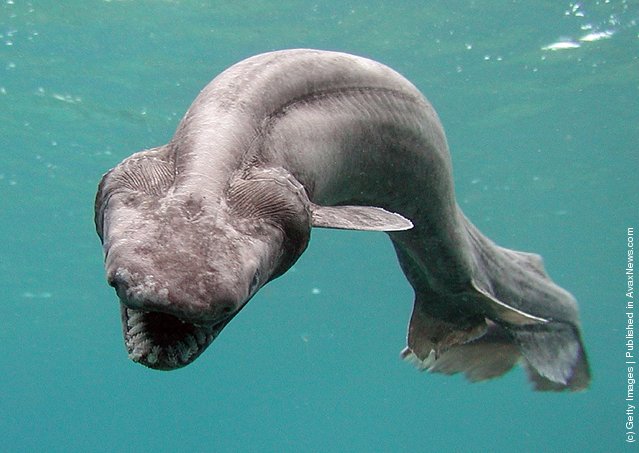 Photo: A 1.6 meter long Frill shark swims in a tank after being found by a fisherman at a bay in Numazu, on January 21, 2007 in Numazu, Japan. The frill shark, also known as a Frilled shark usually lives in waters of a depth of 600 meters and so it is very rare that this shark is found alive at sea-level. It's body shape and the number of gill are similar to fossils of sharks which lived 350,000,000 years ago. (Photo by Awashima Marine Park/Getty Images)
Details
05 May 2011 10:01:00,post received 0 comments
Publication archive:
←   →
Popular tags:
All tags
Last searches: