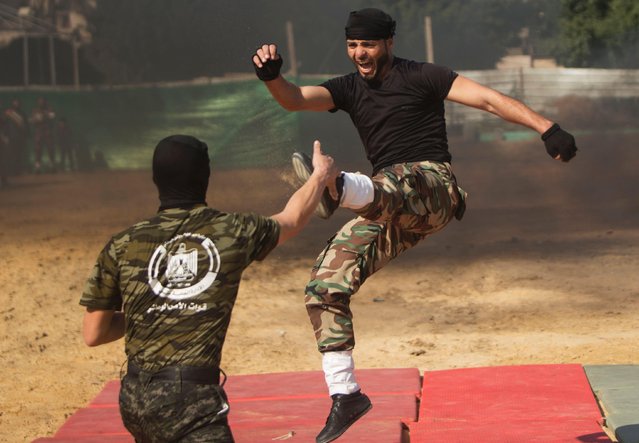 Members of the Palestinian Hamas security forces show their skills as they take part in a graduation ceremony in Gaza City on January 22, 2017. (Photo by Mahmud Hams/AFP Photo)
Details
23 Jan 2017 09:51:00,post received 0 comments
Fact Graduation Ceremony of the Hamas 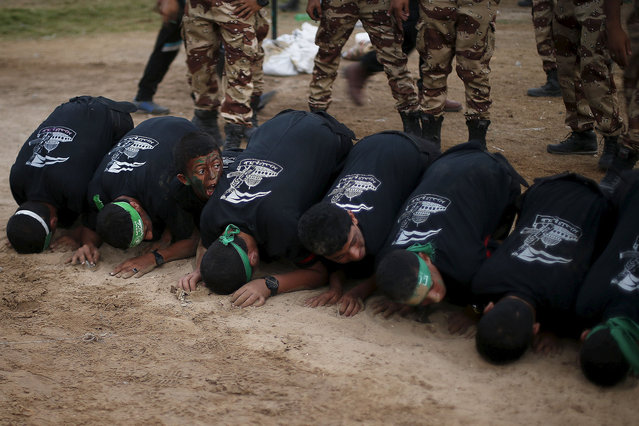 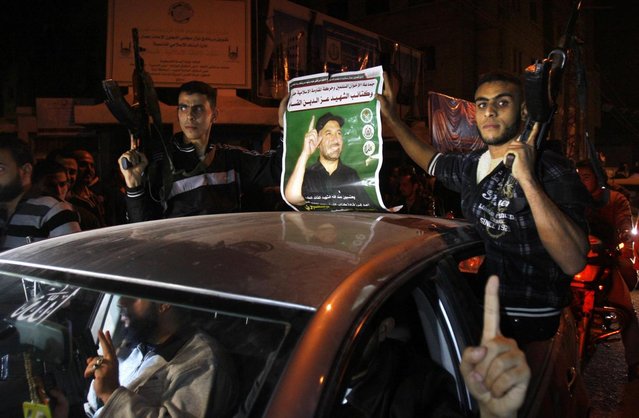 “News of a ceasefire is greeted by wild celebrations on the streets of Gaza, whilst Israeli residents of Jerusalem and Tel Aviv are more cautious in their support for the peace deal”. – Reuters

Photo: Palestinian gunmen hold a poster of late Ahmed Jabari, head of the Hamas military wing in Gaza City, while they celebrate the cease-fire agreement between Israel and Hamas in Gaza City, Wednesday, November 21, 2012. Israel and the Hamas militant group agreed to a cease-fire Wednesday to end eight days of the fiercest fighting in nearly four years, promising to halt attacks on each other and ease an Israeli blockade constricting the Gaza Strip. (Photo by Adel Hana/AP)
Details
22 Nov 2012 10:59:00,post received 0 comments
Disgusting Hamas Kills Suspected Collaborators with Israel

Photo: Palestinian gunmen ride motorcycles as they drag the body of a man, who was suspected of working for Israel, in Gaza City November 20, 2012. (Photo by Suhaib Salem/Reuters)
Details
21 Nov 2012 09:19:00,post received 0 comments
Fact Qassam Rocket 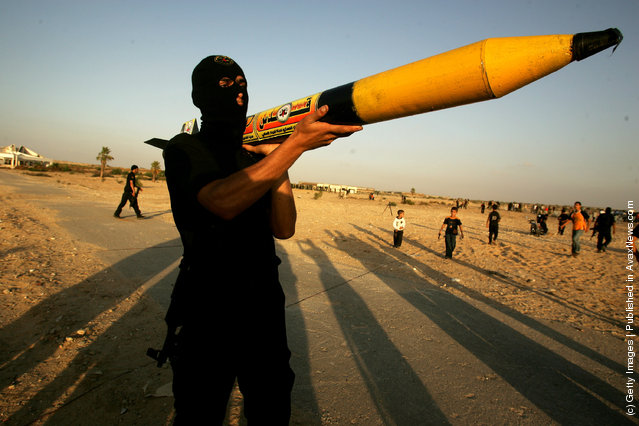 “The Qassam rocket is a simple steel artillery rocket developed and deployed by the Izz ad-Din al-Qassam Brigades, the military arm of Hamas. Three models have been produced and used between 2001 and 2011”. – Wikipedia

Photo: A rocket, similar to the Al-Qassam rockets used against Israeli is prepared for launch as new members of the Islamic Jihad fighters show their skills as they attend a military show in the former Israeli jewish settlement of Atsmona September 26, 2008 in Rafah, southern of Gaza Strip. (Photo by Abid Katib/Getty Images)
Details
29 Nov 2011 09:33:00,post received 0 comments
Sad Several Killed In Attacks Near Egyptian Border 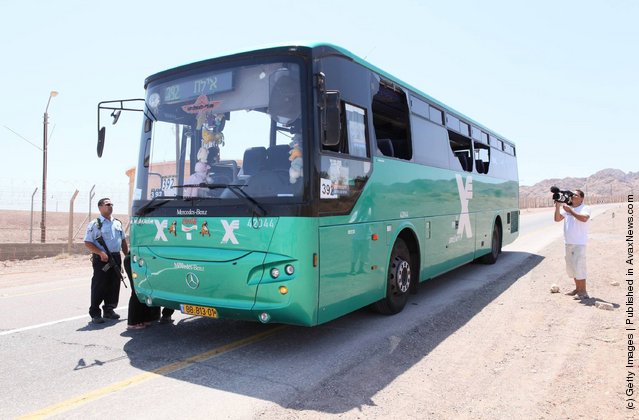 Bus 392 stands on the highway running from Beersheva to Eilat, with windows broken following a gun attack on August 18, 2011 near the Israel - Egypt border, Israel. A series of coordinated gun and roadside bomb attacks against miltary and civilian targets near the Israeli - Egyptian border, including an ambush on the bus travellling 20km north of Eilat, are reported to have left 5 dead and many injured. (Photo by Yehuada Ben Itah/Getty Images)
Details
19 Aug 2011 09:08:00,post received 0 comments
Sad Reem Riyashi 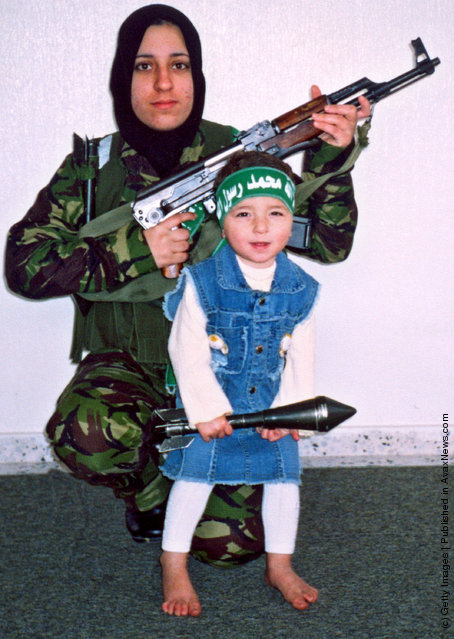 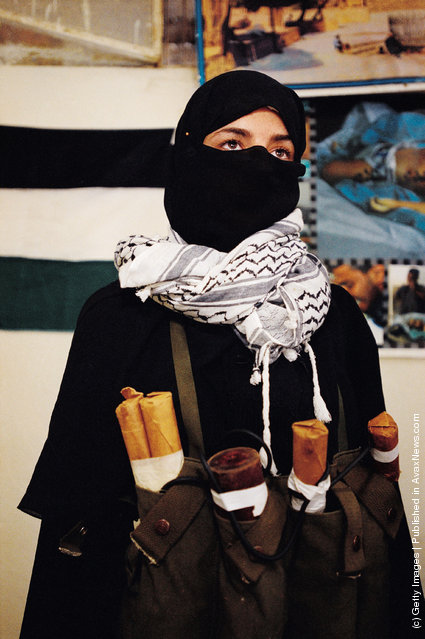