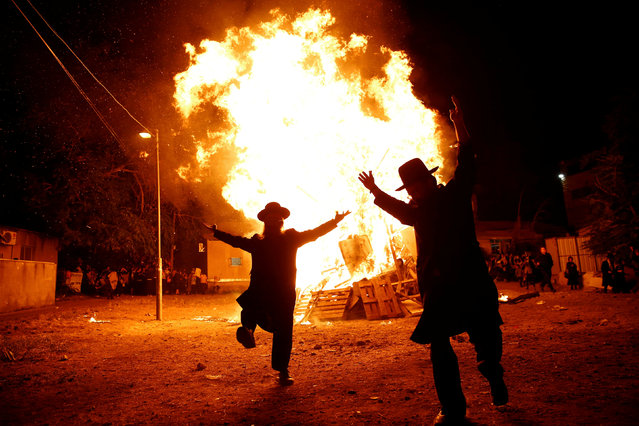 Ultra-Orthodox Jews dance next to a bonfire during celebrations for the Jewish holiday of Lag Ba-Omer in Jerusalem's Mea Shearim neighbourhood May 25, 2016. This day marks the hillula (celebration, interpreted by some as anniversary of death) of Rabbi Shimon bar Yochai, a Mishnaic sage and leading disciple of Rabbi Akiva in the 2nd century, and the day on which he revealed the deepest secrets of kabbalah in the form of the Zohar (Book of Splendor), a landmark text of Jewish mysticism. (Photo by Ronen Zvulun/Reuters)
Details
26 May 2016 12:54:00,post received 0 comments
Fact Lag BaOmer 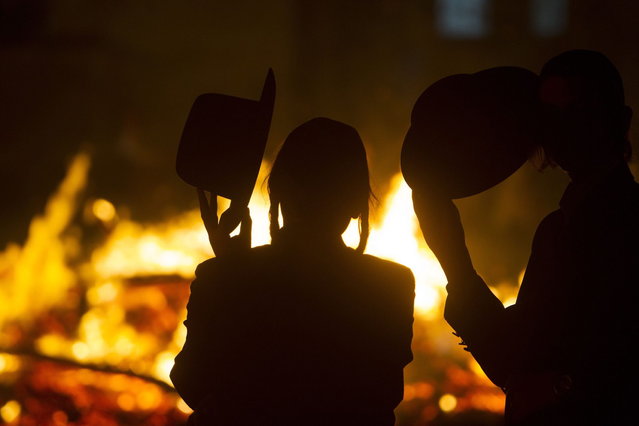 Ultra Orthodox Jewish men watch a bonfire during the Jewish holiday of Lag Ba-Omer in Jerusalem's Mea Shearim neighbourhood April 27, 2013. Israelis celebrate the Jewish holiday of Lag Ba-Omer, which marks the end of a plague in the Middle Ages that killed thousands of disciples of a revered rabbi in the holy land, by lighting bonfires across the country. (Photo by Ronen Zvulun/Reuters)
Details
28 Apr 2013 10:44:00,post received 0 comments
Publication archive:
←   →
Popular tags:
All tags
Last searches: