Fact Rioting Breaks Out Across London 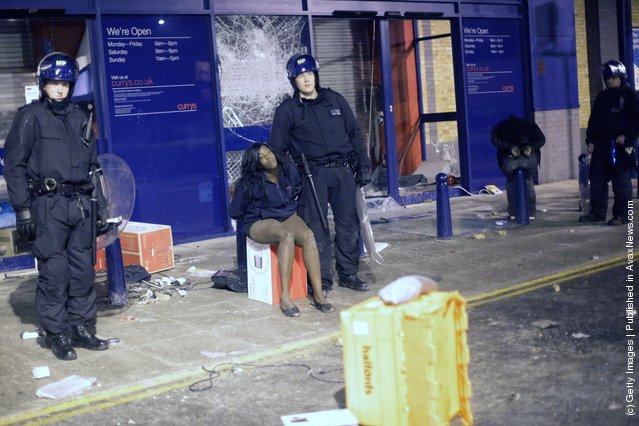 Two girls are detained outside the Currys electrical store in Brixton on August 8, 2011 in London, England. Widespread rioting and looting took place across many parts of London in the early hours of Monday morning in a reaction to earlier rioting in Tottenham in North London. Major disturbances broke out late on Saturday night in Tottenham and the surrounding area after the killing of Mark Duggan, 29 and a father-of-four, by armed police in an attempted arrest on August 4. (Photo by Dan Kitwood/Getty Images)
Details
08 Aug 2011 11:37:00,post received 0 comments
Publication archive:
←   →
Popular tags:
All tags
Last searches: