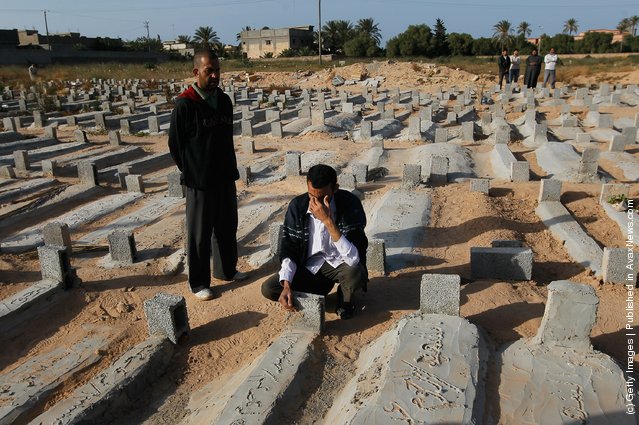 A man cries in a graveyard during the funeral of Nasser Ali Afglio, a young Libyan rebel killed during battle with government troops loyal to Libyan ruler Moammar Gaddafi April 19, 2011 in Misrata, Libya. The graveyard where Nasser was buried has hundreds of simple concrete graves; many dozens are those that have been killed during the last two months of fighting in the besieged town. Thousands of civilians are trapped in Misrata as fighting continues between Libyan government forces that have surrounded the city and anti-government rebels there. (Photo by Chris Hondros/Getty Images)
Details
22 Apr 2011 08:22:00,post received 0 comments
Publication archive:
←   →
Popular tags:
All tags
Last searches: