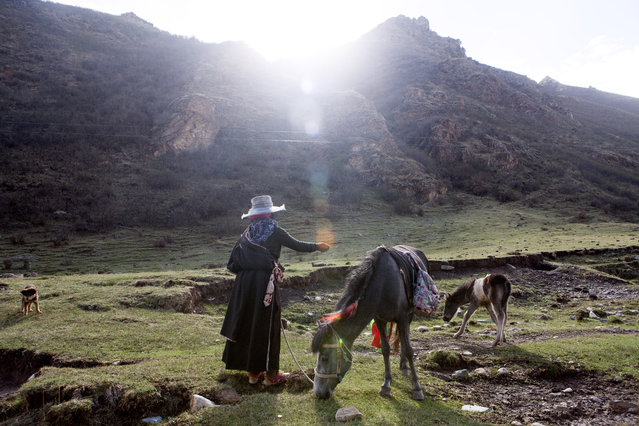 A Tibetan woman with horses in a remote area of the Yushu Autonomous Prefecture of the Tibetan Plateau on May 31, 2016. (Photo by Giulia Marchi/The Washington Post)
Details
03 Jul 2016 11:10:00,post received 0 comments
Fact Cordyceps Fungus Hunters on the Tibetan Plateau 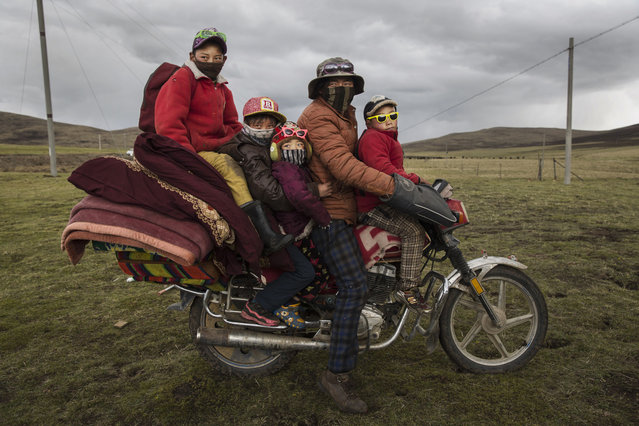 A Tibetan nomad family crowds on a motorcycle at a camp for cordycep pickers on May 21, 2016 near Sershul on the Tibetan Plateau in the Garze Tibetan Autonomous Prefecture of Sichuan province. (Photo by Kevin Frayer/Getty Images)
Details
05 Jun 2016 13:03:00,post received 0 comments
Educative Ophiocordyceps Sinensis A.K.A. Caterpillar Fungus 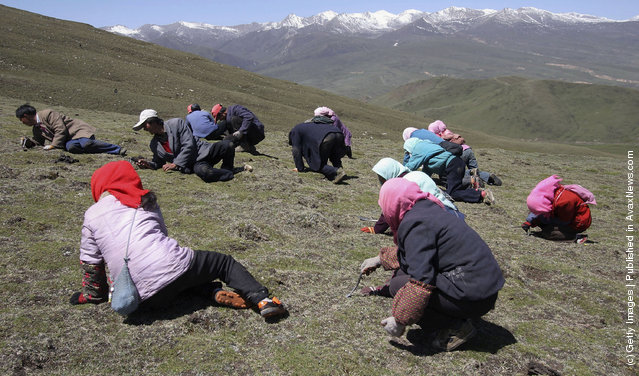 “There are over 680 documented species of the sac fungus genus Ophiocordyceps, and one of the best known of these is Ophiocordyceps sinensis, colloquially known as caterpillar fungus. The fungus is known in Tibetan as yartsa gunbu or yatsa gunbu. O. sinensis is known in the West as a medicinal mushroom and its use has a long history in Traditional Chinese medicine as well as Traditional Tibetan medicine. The highly valuable fungus-caterpillar combination is hand-collected and is used as an aphrodisiac and as a treatment for a variety of ailments from fatigue to cancer”. – Wikipedia