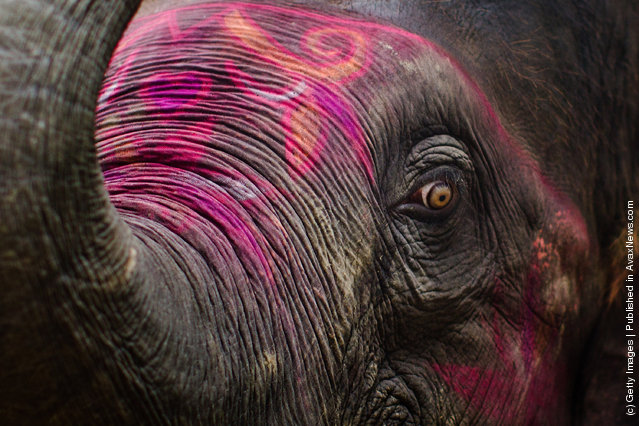 SONEPUR, INDIA - NOVEMBER 15: An elephant is painted in decorative colours during the Sonepur Mela on November 15, 2011 in Sonepur near Patna, India. The cattle fair, held in the Indian state of Bihar, has its origins during ancient times, when people traded elephants and horses across the auspicious river Ganges. The mela used to attract traders from places as distant as Central Asia. It is one of Asia's largest cattle fairs and lasts for a fortnight. (Photo by Daniel Berehulak/Getty Images)
Details
16 Nov 2011 02:42:00,post received 0 comments
Publication archive:
←   →
Popular tags:
All tags
Last searches: