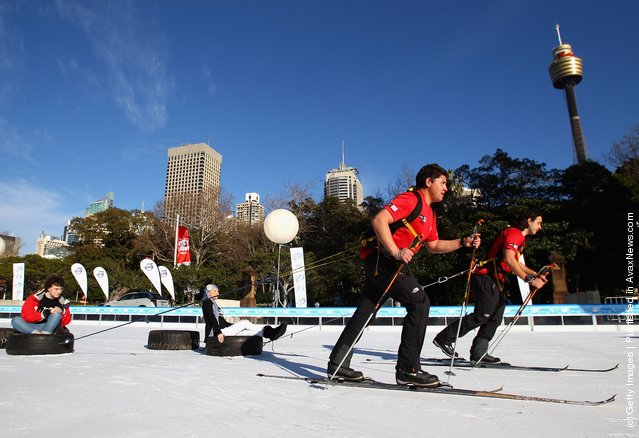 James Castrission, “Cas” and Justin Jones “Jonesy” ski across an ice staking rink with two “You Can” patients on August 2, 2011 in Sydney, Australia. In 75 days, the Aussie adventure pair will attempt to cross 2,200 kilometres of Antarctic ice to the South Pole and back on foot to raise money for youth with cancer. The journey will require the two to trek with all the supplies for approximately three months of walking. Cas and Jonesy became the first to kayak unassisted over 3,300 kilometres from New Zealand to Australia in 2008. (Photo by Ryan Pierse/Getty Images)
Details
02 Aug 2011 14:00:00,post received 0 comments
Publication archive:
←   →
Popular tags:
All tags
Last searches: