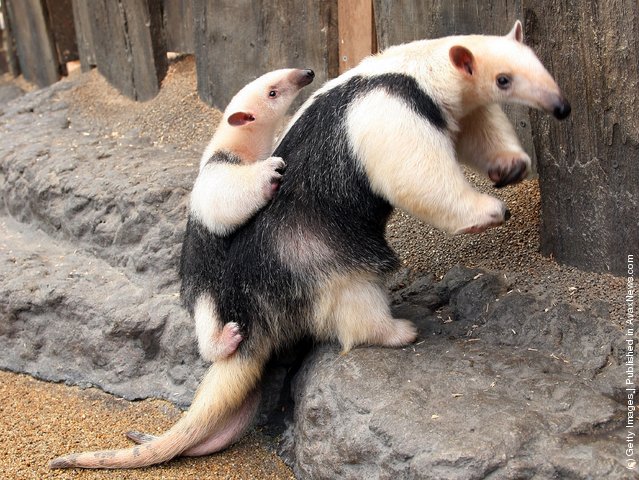 “The Southern Tamandua, Collared Anteater or Lesser Anteater (Tamandua tetradactyla) is a species of anteater from South America. It is a solitary animal, found in many habitats from mature to highly disturbed secondary forests and arid savannas. It feeds on ants, termites and bees. It has very strong foreclaws that can be used to break insect nests or to defend itself”. – Wikipedia

Photo: A three-month-old baby Southern Tamandua “Konbu” lies on its mother Tae's back at Sunshine International Aquarium on July 7, 2009 in Tokyo, Japan. Baby Southern Tamandua feels safe and comfortable holding onto something and normally stays on the mother's back until around 3 months old. (Photo by Junko Kimura/Getty Images)
Details
19 May 2011 10:31:00,post received 0 comments
Publication archive:
←   →
Popular tags:
All tags
Last searches: