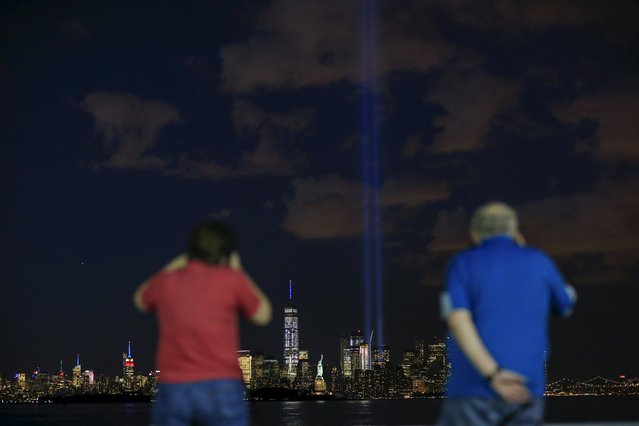 People take pictures of the Tribute in Light while it is illuminated next to the Statue of Liberty (C), One World Trade Center and the Empire State Building during events marking the 14th anniversary of the 9/11 attacks on the World Trade Center in New York September 11, 2015. (Photo by Eduardo Munoz/Reuters)
Details
13 Sep 2015 12:22:00,post received 0 comments
Fact New York On The Eve Of September 11 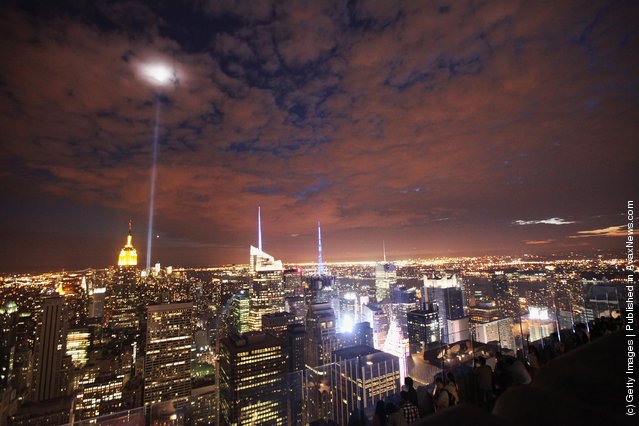 The Tribute in Light is seen behind the Empire State Building on September 10, 2011 in New York City. The Tribute in Light is an art installation honoring those who perished in the 9/11 attacks. New York City and the nation are preparing for the tenth anniversary of the terrorist attacks on lower Manhattan which resulted in the deaths of 2,753 people at the World Trade Center. (Photo by Mario Tama/Getty Images)
Details
11 Sep 2011 10:29:00,post received 0 comments
Publication archive:
←   →
Popular tags:
All tags
Last searches: