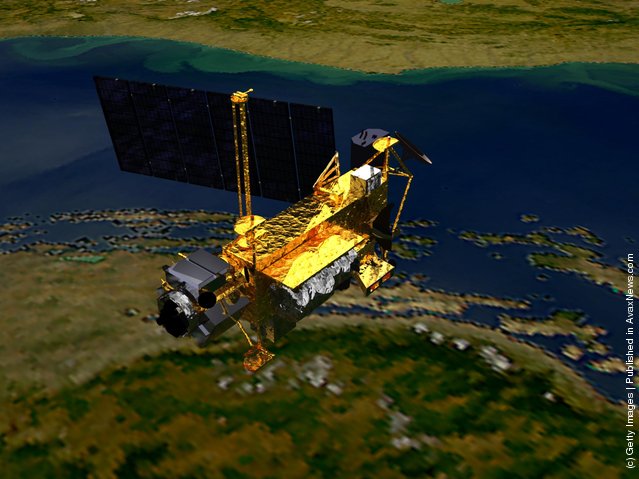 In this artist illustration handout from the National Aeronautics and Space Administration (NASA), the Upper Atmosphere Research Satellite (UARS) is seen. According to NASA, the 12,500 pound satellite will fall from orbit into earth's atmosphere anytime between September 22 through 24. It is estimated that the space craft will break up into about 100 pieces, with an estimated 26 of which could hit the earth over a possible 500 mile debris field. (Illustration by NASA via Getty Images)
Details
21 Sep 2011 10:49:00,post received 0 comments
Publication archive:
←   →
Popular tags:
All tags
Last searches: