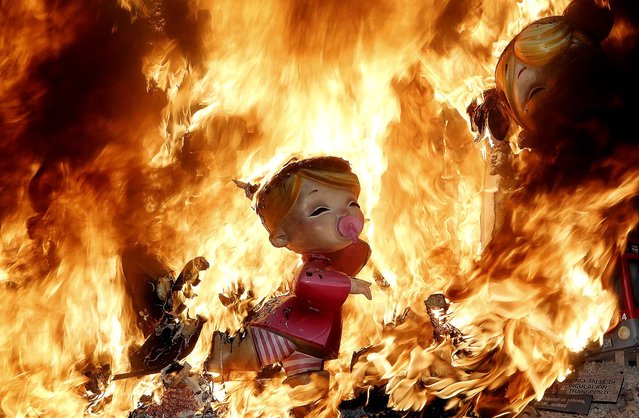 Satirical sculptures burn during the traditional Fallas festival in Valencia, Spain, on March 19, 2014. Every year the city celebrates the ancient “Las Fallas” fiesta, a noisy week that is full of fireworks and processions in honor of Saint Joseph that ends on midnight of March 19, burning large satiric figures displayed around the streets of the city. (Photo by Alberto Saiz/Associated Press)
Details
21 Mar 2014 07:17:00,post received 0 comments
Touching Las Fallas Festival in Valencia 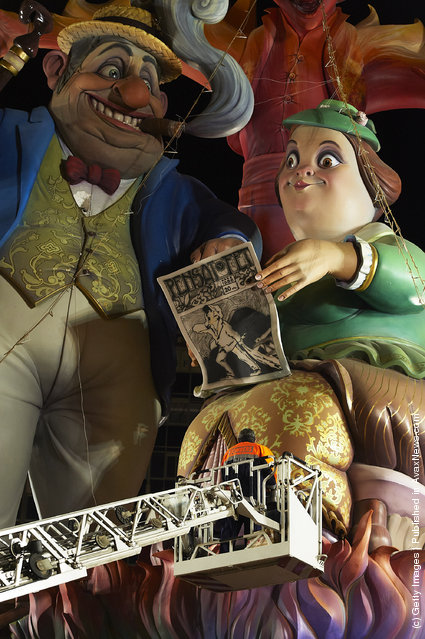 “The Falles is a traditional celebration held in commemoration of Saint Joseph in Valencia, Spain. The term Falles refers to both the celebration and the monuments created during the celebration. A number of towns in the Valencian Community have similar celebrations inspired by the original in Valencia”. – Wikipedia

Photo: A person prepares for the burning of the “Ninot” caricatures during the last day of the “Fallas” festival on March 19, 2012 in Valencia, Spain. The festival, which runs March 15 – 19, celebrates the arrival of spring with fireworks, fiestas and bonfires. (Photo by Xaume Olleros/Getty Images)
Details
20 Mar 2012 11:36:00,post received 0 comments
Publication archive:
←   →
Popular tags:
All tags
Last searches: