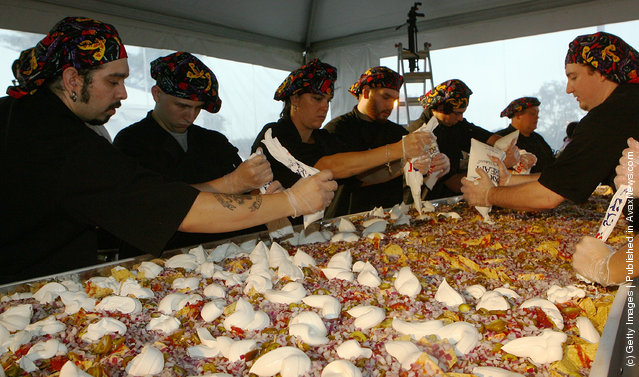 “Nachos are a popular corn based food of Mexican origin associated with Tex-Mex cuisine that can be either made quickly to serve as a snack or prepared with more ingredients to make a full meal. In their simplest form, nachos are tortilla chips or totopos covered in melted cheese and salsa. First created circa 1943 by Ignacio "Nacho" Anaya, the original nachos consisted of fried corn tortillas covered with melted cheddar cheese and pickled jalapeño peppers”. – Wikipedia