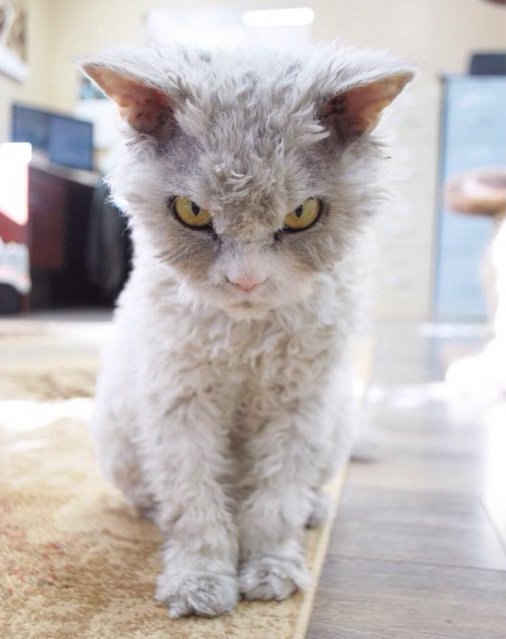 Albert is not the happiest looking kitty in the world. Even Tard the Grumpy Cat looks more cheerful. Well… maybe not cheerful. But at least Tard doesn’t have a look of menace and a desire to kill in his eyes. What could have caused a kitty to wear such a stern look all the time? It might be the fact that he’s all curly. Almost no one likes to stand out too much, and maybe Albert is no exception. Despite his menacing appearance, Albert’s owner claims that he’s a very polite cat and plays nicely with children. Though it is hard to believe at first glance, we shouldn’t judge a book by its cover, even when we’re looking at a cat.