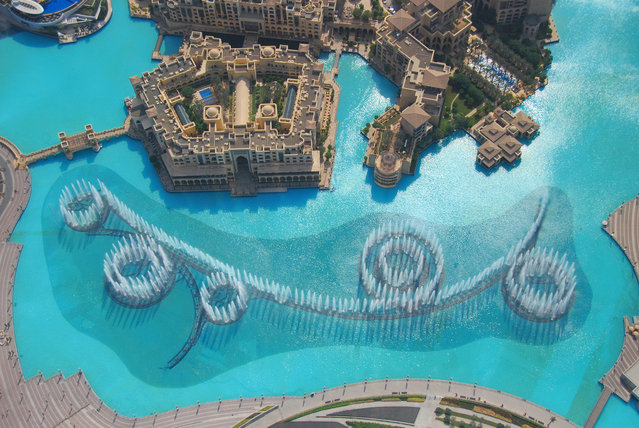 The Dubai Fountain is a record-setting choreographed fountain system set on the 30-acre manmade Burj Khalifa Lake, at the center of the Downtown Dubai development in Dubai, United Arab Emirates. It was designed by WET Design, the California-based company responsible for the fountains at the Bellagio Hotel Lake in Las Vegas. Illuminated by 6,600 lights and 25 colored projectors, it is 275 m (902 ft) long and shoots water 240 feet into the air accompanied by a range of classical to contemporary Arabic and world music. It was built at a cost of AED 800 million (USD 218 million).
Details
08 Jun 2015 10:55:00,post received 0 comments
Wow The Swarovski Crystal Head Fountain in Austria 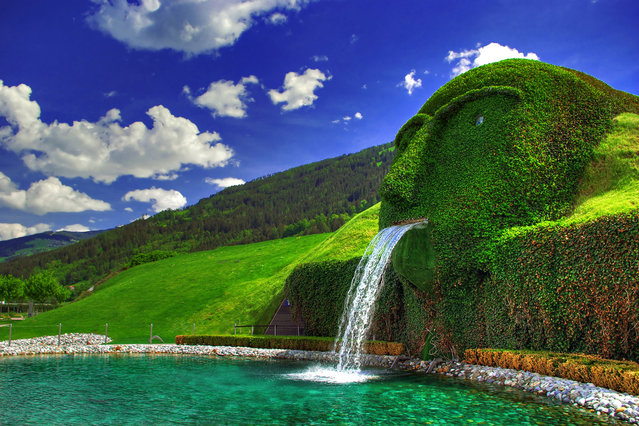 A stone giant exhausted after his long travels decided to rest a while and drink from a pond far below. He lay down and started drinking from the crystal clear pond. So delicious was the water that he was unable to quench his thirst no matter how much he tried. Weeks have passed, months, years. The body of the stone giant became one with the hills and even his tongue has turned to water. This might seem like a fairy tale, yet you’ll be able to see this stone giant if you ever come to Wattens, Austria. He’s still there, guarding the entrance to Swarovski Kristallwelted, otherwise known as the Crystal Worlds. This is a one-of-a-kind theme park that was created by the people who first created Swarovski crystals.
Details
02 Mar 2015 08:30:00,post received 0 comments
Wow Moonlight Rainbow Fountain In Seoul South Korea 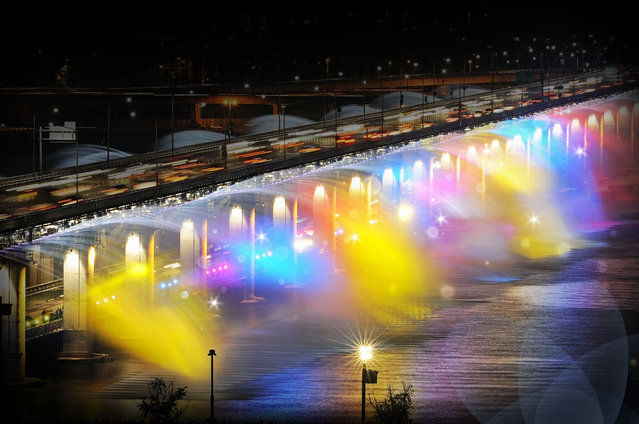 The Moonlight Rainbow Fountain is the world's longest bridge fountain that set a Guinness World Record with nearly 10,000 LED nozzles that run along both sides that is 1,140m long, shooting out 190 tons of water per minute. Installed in September 2009 on the Banpo Bridge, former mayor of Seoul Oh Se-hoon declared that the bridge will further beautify the city and showcase Seoul's eco-friendliness, as the water is pumped directly from the river itself and continuously recycled. The bridge has 38 water pumps and 380 nozzles on either side, which draw 190 tons of water per minute from the river 20 meters below the deck, and shoots as far as 43 meters horizontally.
Details
25 Jan 2014 18:48:00,post received 0 comments
Fact Charybdis Vortex Water Fountains 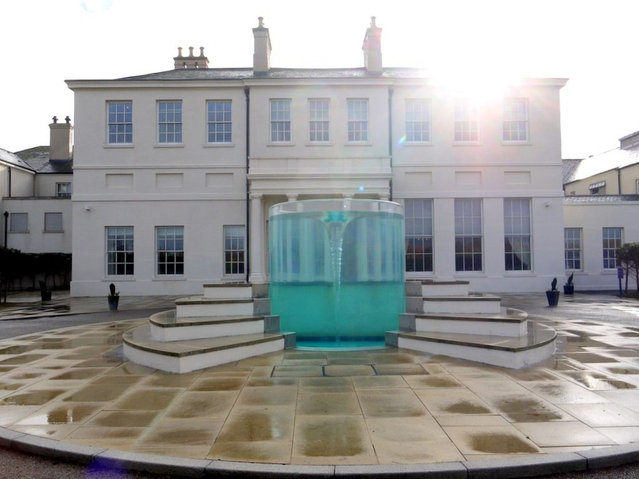 The sirens Charybdis and Scylla resided in the Sicilian Sea. Homer tells us that because Charybdis had stolen the oxen of Hercules, Zeus struck her with a thunderbolt and changed her into a whirlpool whose vortex swallowed up ships. In Charybdis the circular movement of water inside a transparent acrylic cylinder forms an air-core vortex in the centre. Steps wrap around the cylinder and allow spectators to view the vortex from above. The cylinder was manufactured in Grand Junction, Colorado.
Details
14 Aug 2012 09:26:00,post received 0 comments
Publication archive:
←   →
Popular tags:
All tags
Last searches: