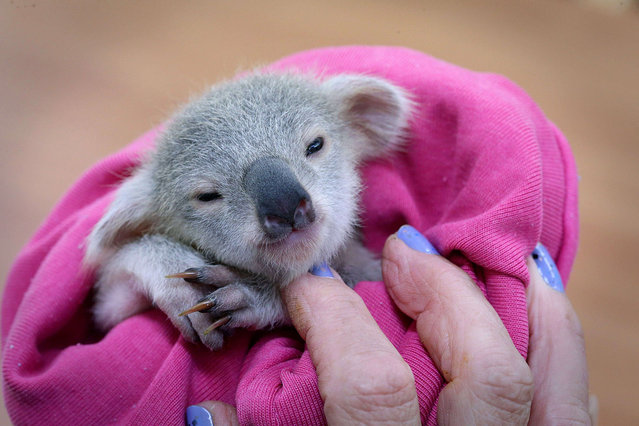 An adorable baby koala is seen enjoying a snooze after a traumatic start to life. The baby koala, nicknamed “Blondie Bumstead”, is being cared for by a volunteer from the Ipswich Koala protection society in Queensland after her mother was killed by a dog. Blondie, who was named for her light fur, was given just a 50-50 chance of pulling through after the attack. But after a course of antibiotics and some tender loving car from volunteer Marilyn Spletter she has now been given a clean bill of health. According to Marilyn she has hand-reared around 40 baby koalas but says that Blondie, who will be released back into the wild after 15 months, is one of her favourites. She said: “She's got a little character all of her own and she knows what she wants and what she doesn't. When she's stressed I kiss her on the nose or I rub my nose on hers and it relaxes her”. (Photo by Jamie Hanson/Newspix/REX Features)
Details
07 Aug 2014 10:26:00,post received 0 comments
Touching Raymond the Baby Koala 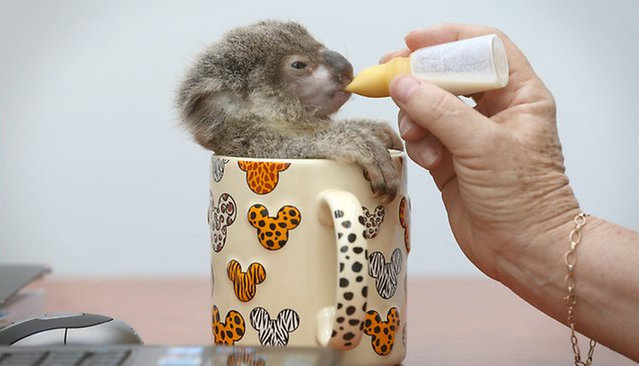 This is Raymond, an orphaned koala that was found abandoned beside a road in Brisbane, Australia. He was named after the man who found him.
Details
28 Sep 2013 09:10:00,post received 0 comments
Publication archive:
←   →
Popular tags:
All tags
Last searches: