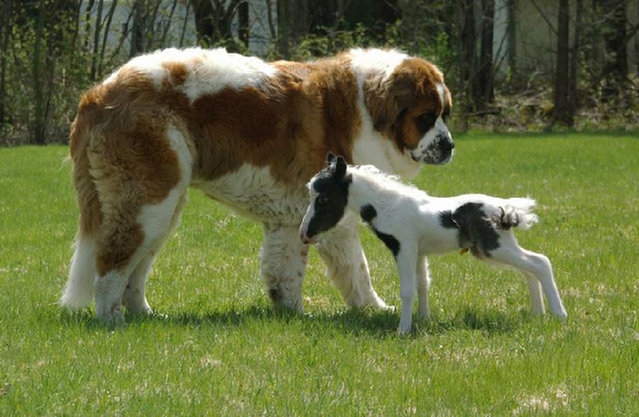 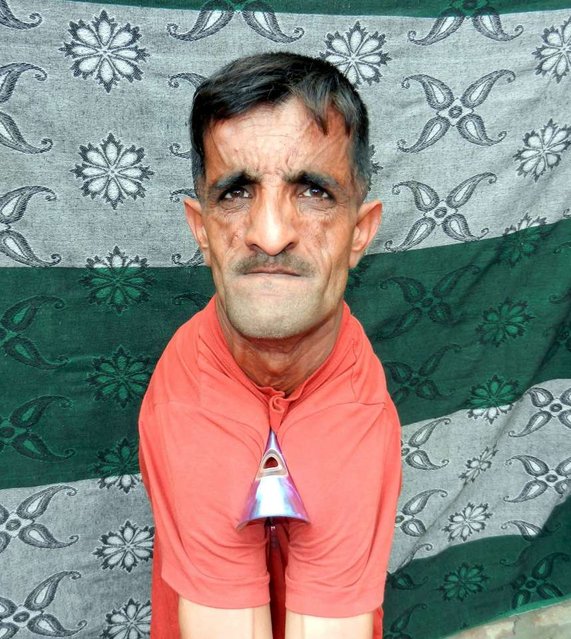 35-year old farmer Rammehar Punia has been named as ‘Rubber Man’. Thanks to his remarkable ability to make his shoulders meet in front of his chest. He has used his flex!bil!ty to smash the Guinness World record for the number of CD’s broken between the shoulders. He broke 60 CDs in just a minute.
Details
10 Aug 2015 10:45:00,post received 0 comments
Wow Jeff Dabe Owner of the Giant Hand 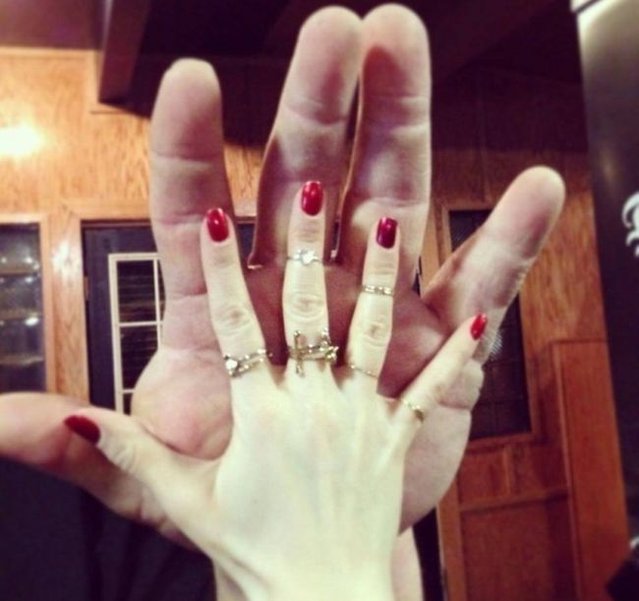 Saying 50-year-old armwrestler Jeff Dabe has big hands would be a huge understatement! Dabe’s bear paws are so big that he has been compared to cartoon characters like Popeye and Wreck-It Ralph. His forearms are 49 cm in circumference and his palms look like they could crush a man’s skull like a watermelon. Luckily, Jeff only uses his enormous guns for arm wrestling and operating heavy equipment.
Details
11 Jul 2015 11:44:00,post received 0 comments
Fact Bike New World Speed Record (Video) 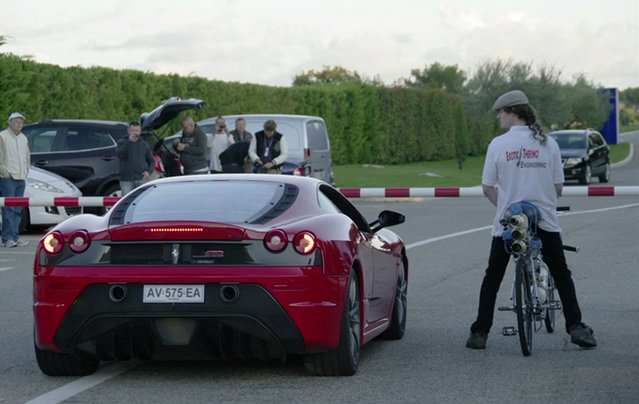 Oh, those daredevils! They’re always willing to pull off another incredible stunt to gain fame and glory. Sometimes it’s something incredibly stupid, but sometimes it is simply incredible. The stunt that you can see on this video is of the latter kind. Who would have thought of attaching a jet engine to a bicycle? And who would have dared riding one? Circuit Paul Ricard, that’s who. On November 7 2014 he reached a whooping speed of 333 hm/h (207 mph) on his bicycle. Now that is a tale to tell your grandchildren… if you ever live long enough to see them with a lifestyle such as this.
Details
17 Nov 2014 12:02:00,post received 0 comments
Wow Guinness Rishi – The Human Flag 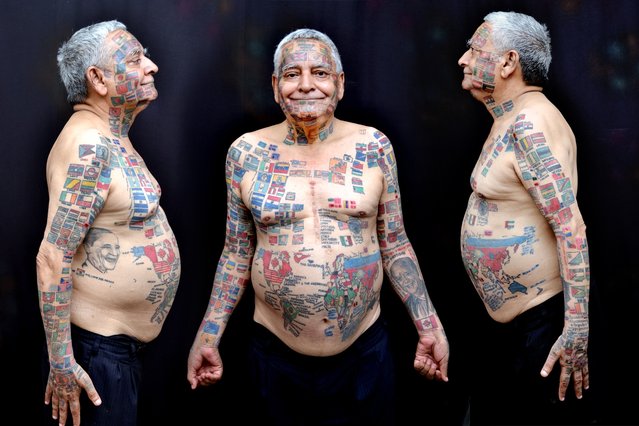 67-year-old Guinness Rishi constantly tries to make his family and the entire Indian people by constantly setting new records. He previously became father of the world’s oldest adoptee, after taking custody of his 61-year-old brother-in-law, and built the tallest sugar-cube tower in the world, which stood at 64 inches.
Details
09 Oct 2014 12:16:00,post received 0 comments
Wow Francisco Domingo Joaquim Has the World’s Largest Mouth 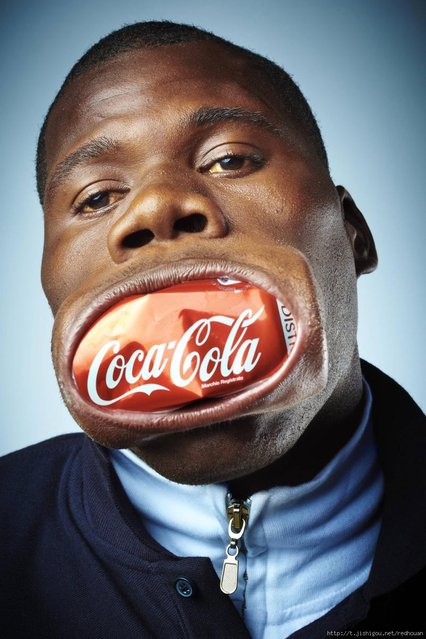 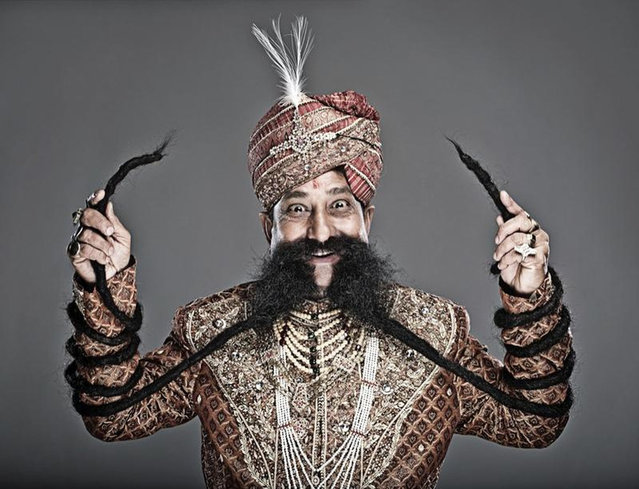