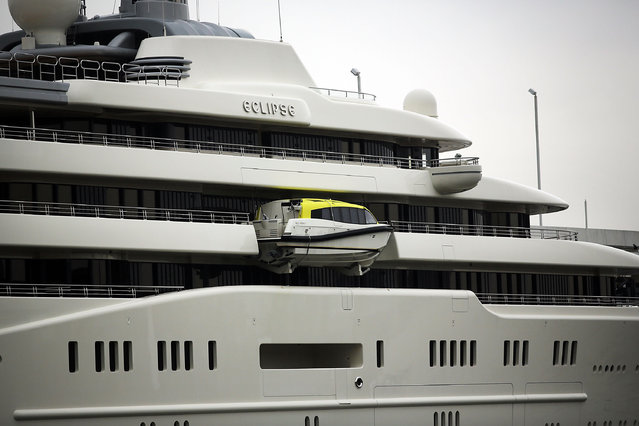 “Eclipse is a luxury motor yacht constructed by Blohm + Voss in Hamburg, Germany. Its exterior and interior were designed by Terence Disdale Design and its naval architect was Francis Design. The yacht was delivered to Russian businessman Roman Abramovich on 9 December 2010”. – Wikipedia

Photo: The Eclipse, reported to be the largest private yacht in the world, is viewed docked at a pier in New York on February 19, 2013 in New York City. The boat, which measures 557ft in length and is estimated to cost 1.5 billion US dollars, is owned by Russian billionaire Roman Abramovich and arrived into New York on Wednesday. (Photo by Spencer Platt)
Details
20 Feb 2013 09:00:00,post received 0 comments
Publication archive:
←   →
Popular tags:
All tags
Last searches: