Touching Anne Frank Hideout Reconstruction is Presented at Madame Tussauds Berlin
“Annelies Marie “Anne” Frank (12 June 1929 – early March 1945) was one of the most renowned and most discussed Jewish victims of the Holocaust. Acknowledged for the quality of her writing, her diary has become one of the world's most widely read books, and has been the basis for several plays and films. Born in the city of Frankfurt am Main in Weimar Germany, she lived most of her life in or near Amsterdam, in the Netherlands. Born a German national, Frank lost her citizenship in 1941 when Nazi Germany passed the anti-Semitic Nuremberg Laws. She gained international fame posthumously after her diary was published. It documents her experiences hiding during the German occupation of the Netherlands in World War II.

The Frank family moved from Germany to Amsterdam in 1933, the year the Nazis gained control over Germany. By the beginning of 1940, they were trapped in Amsterdam by the Nazi occupation of the Netherlands. As persecutions of the Jewish population increased in July 1942, the family went into hiding in the hidden rooms of Anne's father, Otto Frank's, office building. After two years, the group was betrayed and transported to concentration camps. Anne Frank and her sister, Margot, were eventually transferred to the Bergen-Belsen concentration camp, where they both died of typhus in March 1945.

Otto Frank, the only survivor of the family, returned to Amsterdam after the war to find that Anne's diary had been saved, and his efforts led to its publication in 1947. It was translated from its original Dutch and first published in English in 1952 as The Diary of a Young Girl. It has since been translated into many languages. The diary, which was given to Anne on her 13th birthday, chronicles her life from 12 June 1942 until 1 August 1944”. – Wikipedia

Photos: Childrens watch the wax figure of Anne Frank and their hideout reconstruction at Madame Tussauds on March 9, 2012 in Berlin, Germany. (Photo by Andreas Rentz/Getty Images) 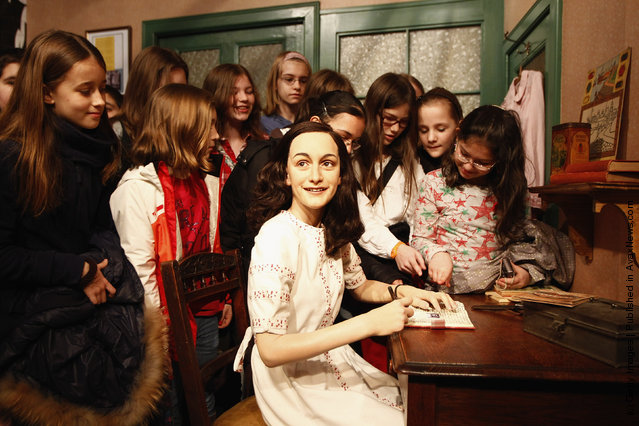 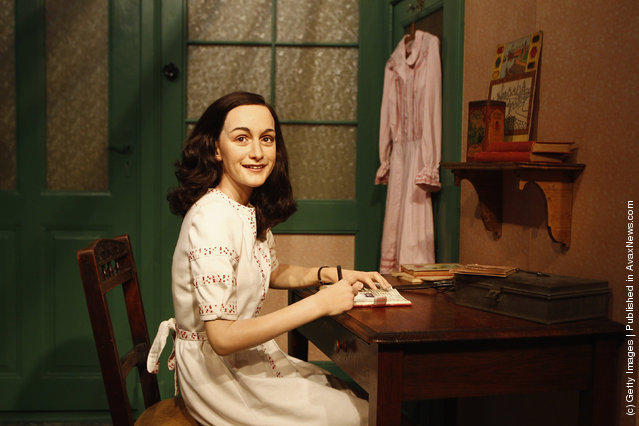 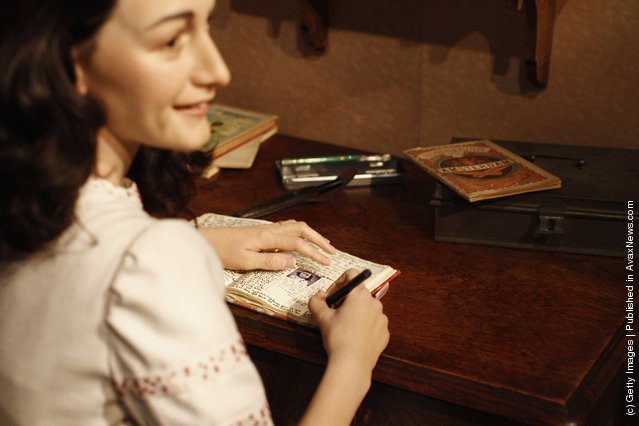 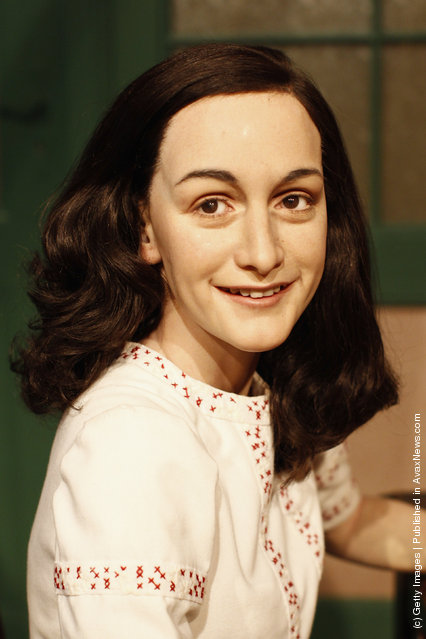 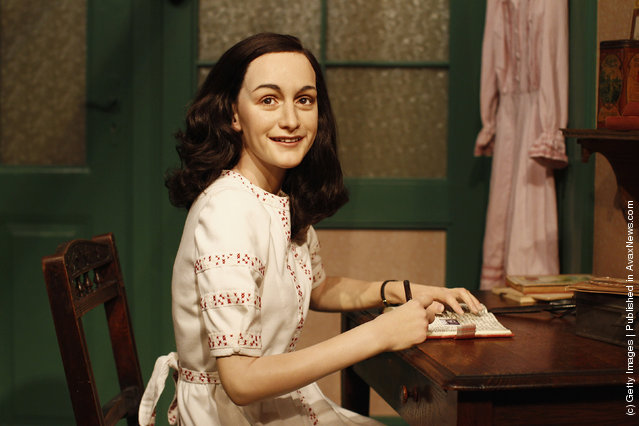 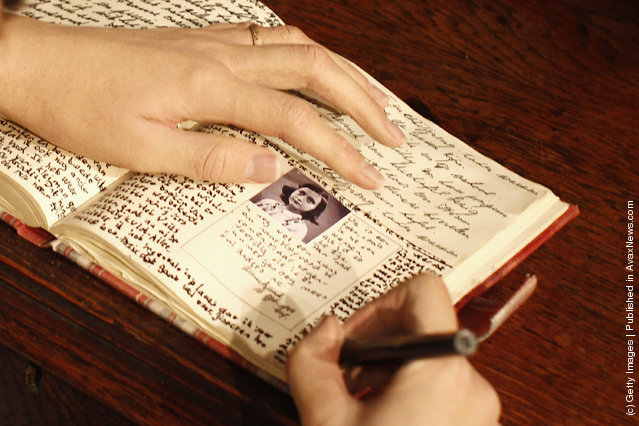