Touching Baby Pygmy Hippopotamus
“The pygmy hippopotamus (Choeropsis liberiensis or Hexaprotodon liberiensis) is a large mammal native to the forests and swamps of western Africa (the specific name liberiensis means “of Liberia”, as this is where the vast majority live). The pygmy hippo is reclusive and nocturnal. It is one of only two extant species in the Hippopotamidae family, the other being its much larger cousin the common hippopotamus.

The pygmy hippopotamus displays many terrestrial adaptations, but like its larger cousin, it is semi-aquatic and relies on proximity to water to keep its skin moisturized and its body temperature cool. Behaviors such as mating and giving birth may occur in water or on land. The pygmy hippo is herbivorous, feeding on ferns, broad-leaved plants, grasses and fruits it finds in the forests.

A rare nocturnal forest creature, the pygmy hippopotamus is a difficult animal to study in the wild. Pygmy hippos were unknown outside of West Africa until the 19th century. Introduced to zoos in the early 20th century, they breed well in captivity and the vast majority of research is derived from zoo specimens. The survival of the species in captivity is more assured than in the wild: the World Conservation Union estimates that there are fewer than 3,000 pygmy hippos remaining in the wild. Pygmy hippos are primarily threatened by loss of habitat, as forests are logged and converted to farm land, and are also vulnerable to poaching, hunting, natural predators and war”. – Wikipedia 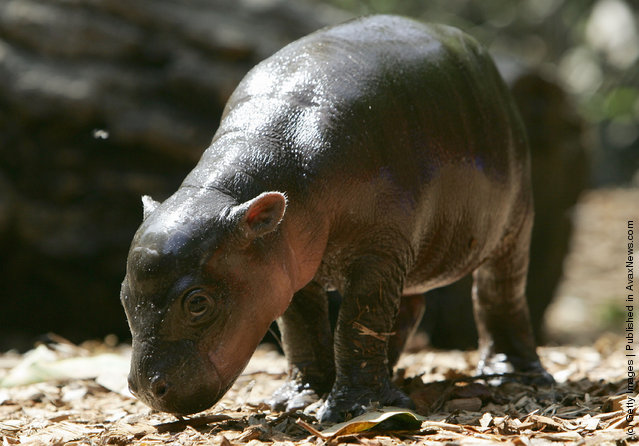 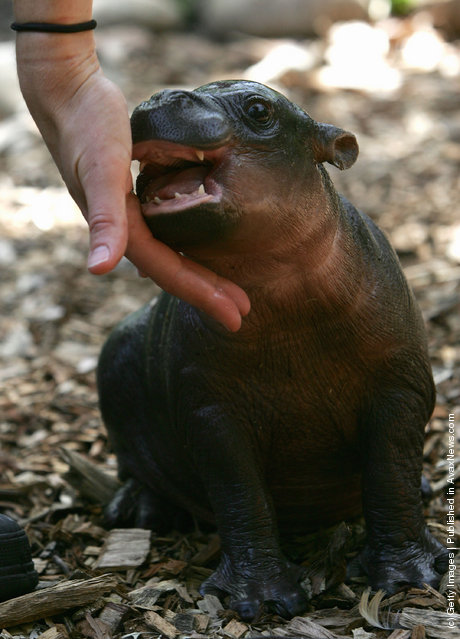 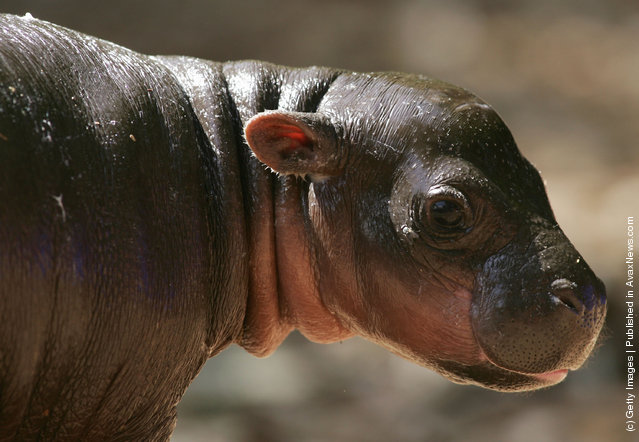 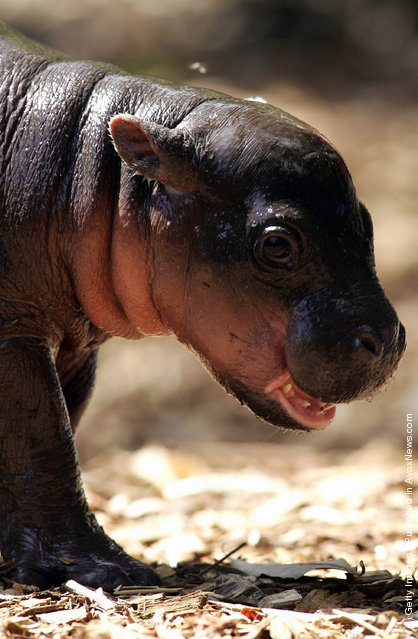 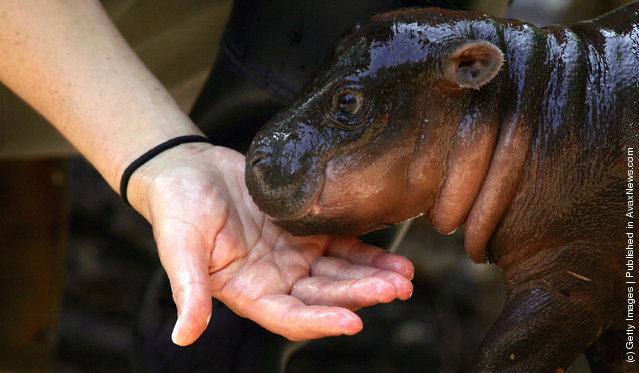 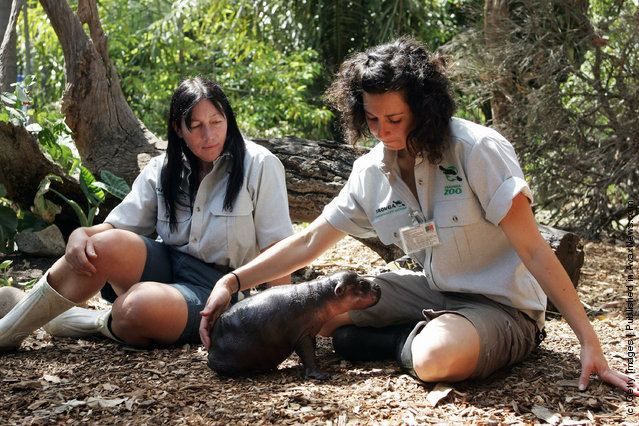 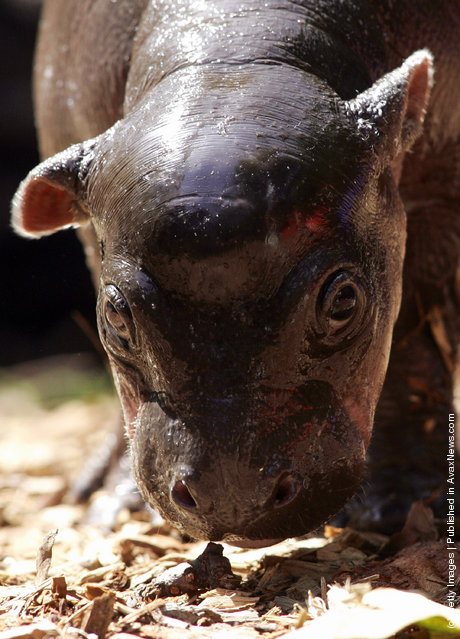 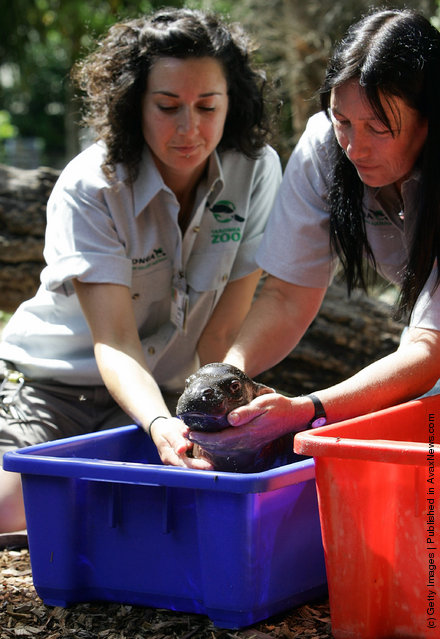 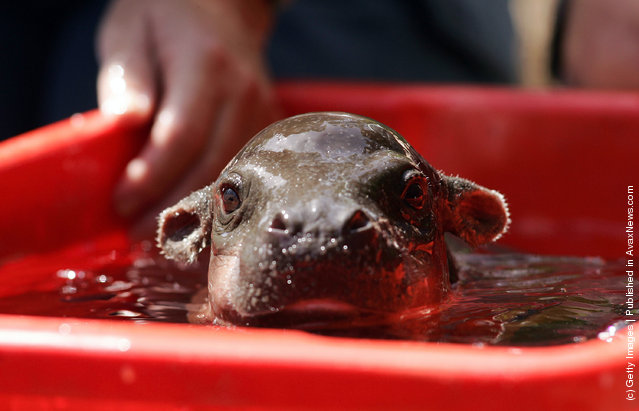 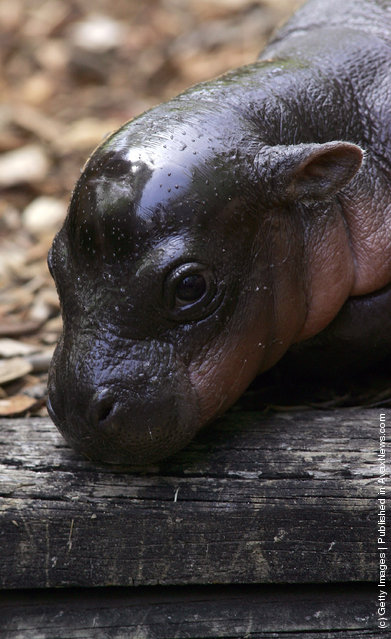 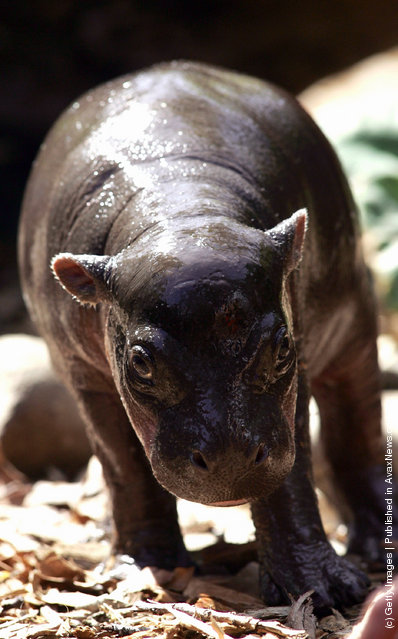 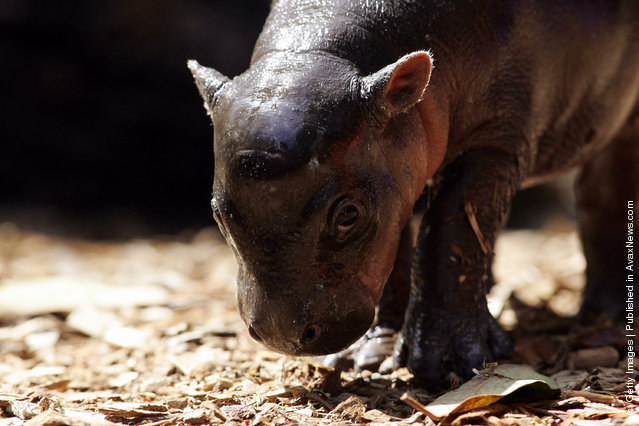 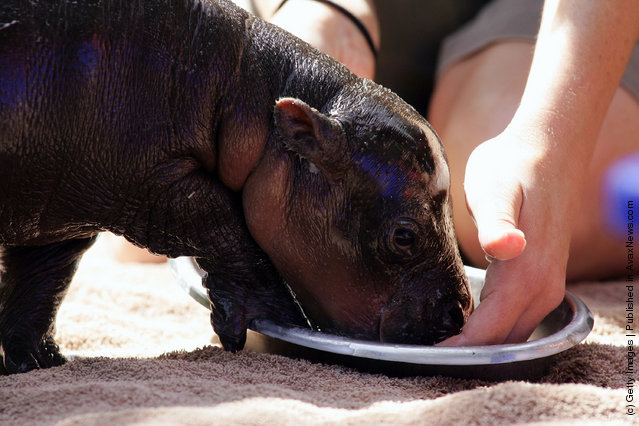