Touching Bavarian Dance Competition In Huosigau
Contestants, wearing traditional Bavarian folk costumes specific to their region, compete in the Schuhplattler style of Bavarian folk dancing for the Bavarian Lion Award at the Huosigau Heimat and Folklore Society on May 28, 2011 in Weilheim in Oberbayern, Germany. Schuhplattler dancing calls for the male partner to integrate jumps and slaps to his knees, calves and soles of his shoes into a dance that is based on a three quarter rhythm. Schuhplattler is common in the Huosigau region, an area once settled by the Huosi, one of Bavaria's ruling tribes in the 7th century. Today folk dancing, costumes and music, as well as Bavarian beer and the various Bavarian dialects of German, thrive as integral and essential elements of Bavarian regional identity. (Photo by Johannes Simon/Getty Images) 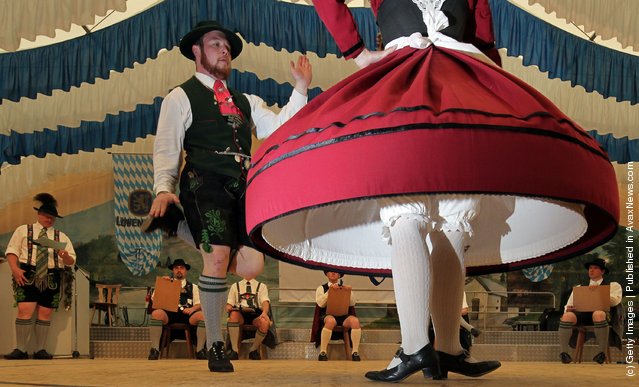 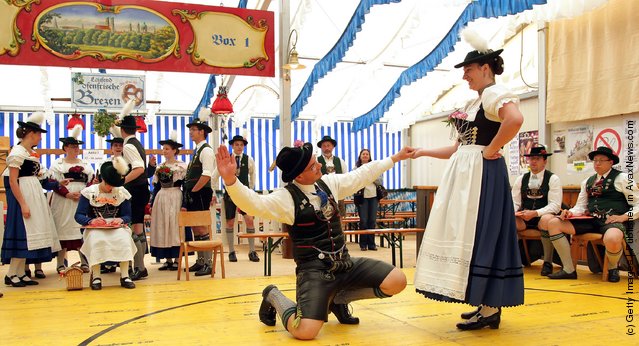 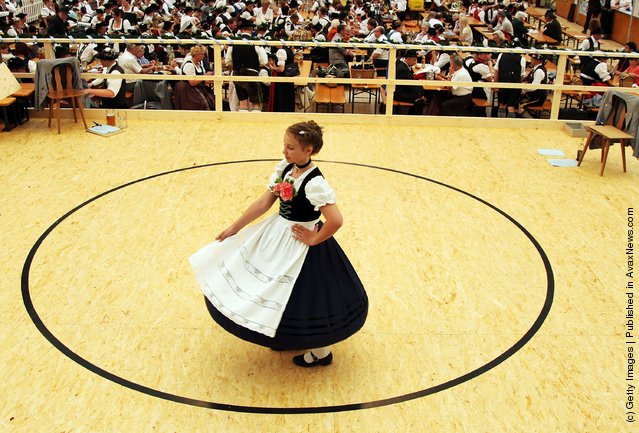 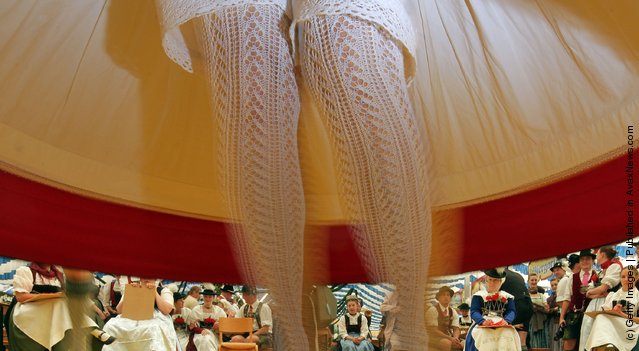 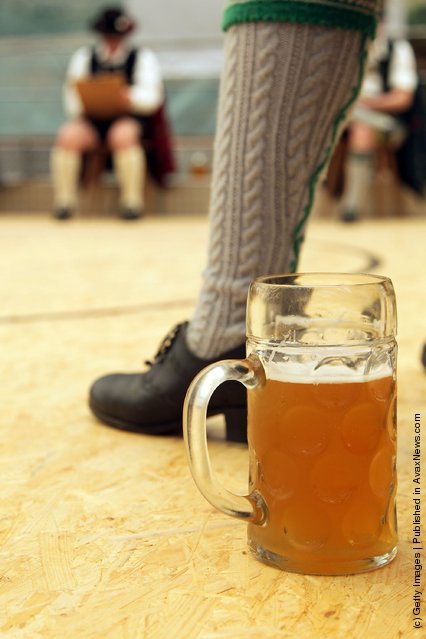 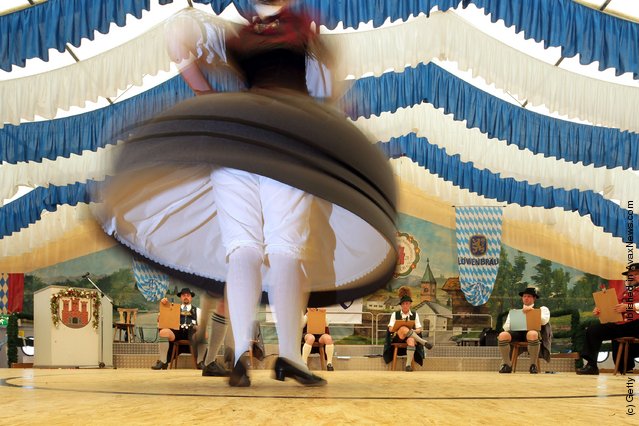 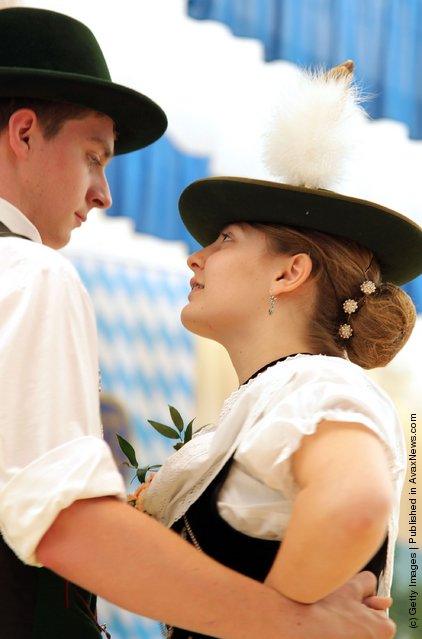 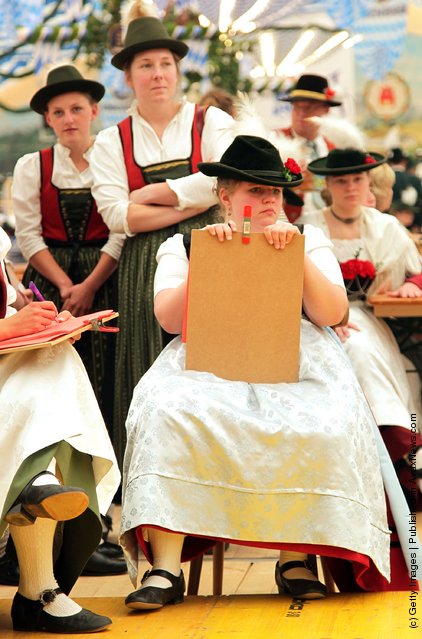 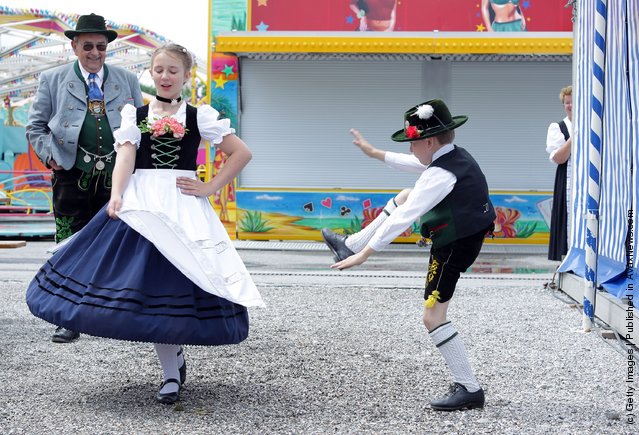 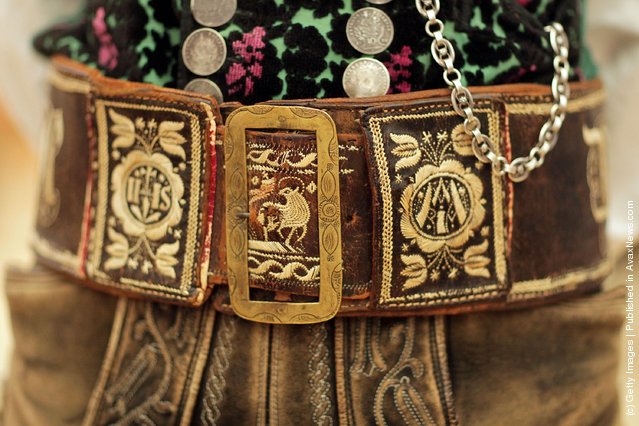 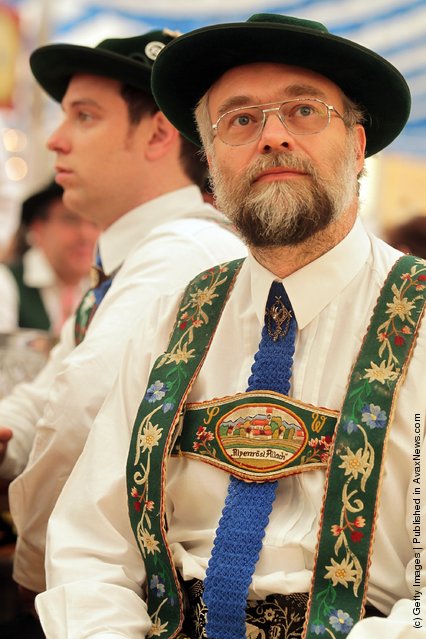 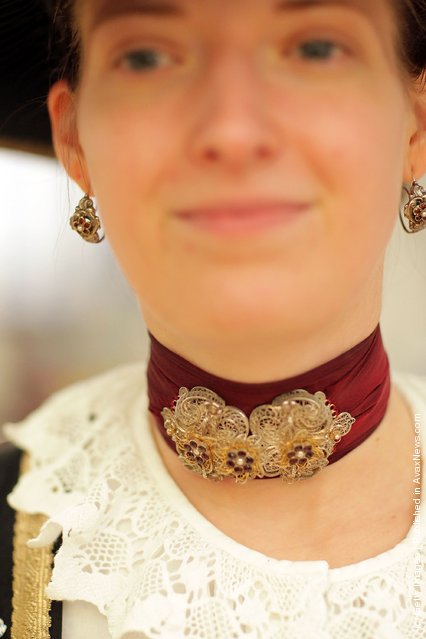 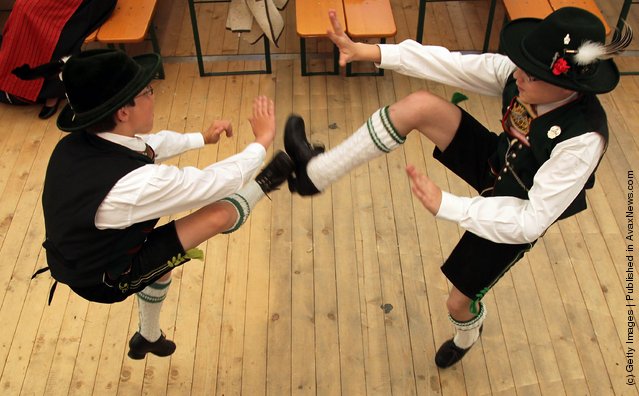