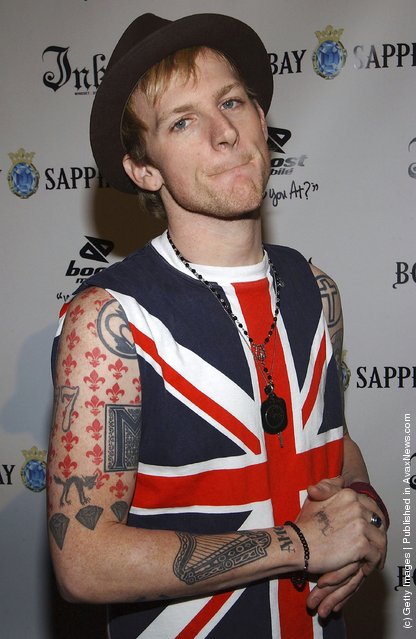 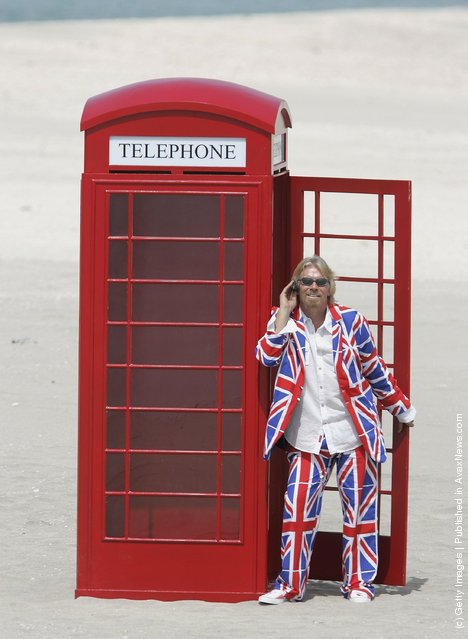 British Entrepreneur and businessman Sir Richard Branson poses next to a phone box during a photocall on a stretch of sand on the man-made island known as “United Kingdom” in the new development, The World on March 29, 2006 in Dubai, United Arab Emirates. The World consists of over 300 man made islands strategically positioned to form the shape of the world map, lying 4km off the coast of Dubai. (Photo by Chris Jackson/Getty Images) 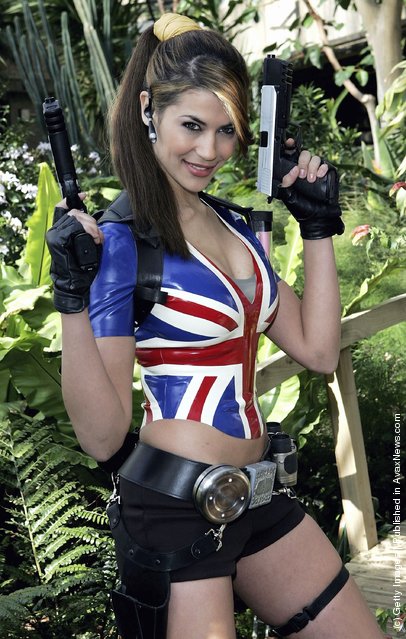 Karima Adebibe, the newly crowned face of Lara Croft, poses, with a Burmese python on the eve of the release of the record breaking new video game “Lara Croft Tomb Raider; Legend” at The Barbican on April 6, 2006 in London, England. (Photo by Gareth Cattermole/Getty Images) 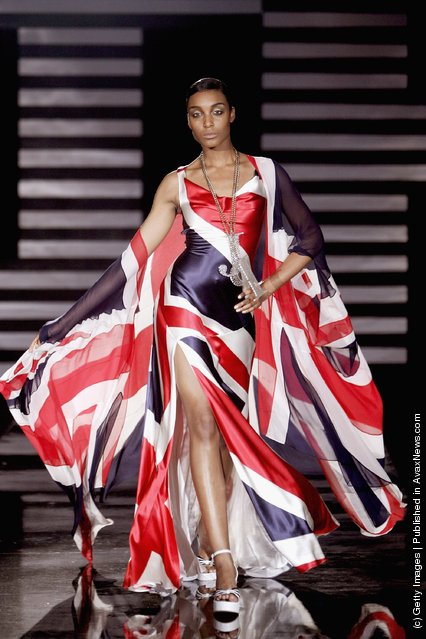 A model walks down the catwalk during the Jenny Packham Fashion Show as part of Milan Fashion Week Spring/Summer 2007 on September 27, 2006 in Milan, Italy. (Photo by Pascal Le Segretain/Getty Images) 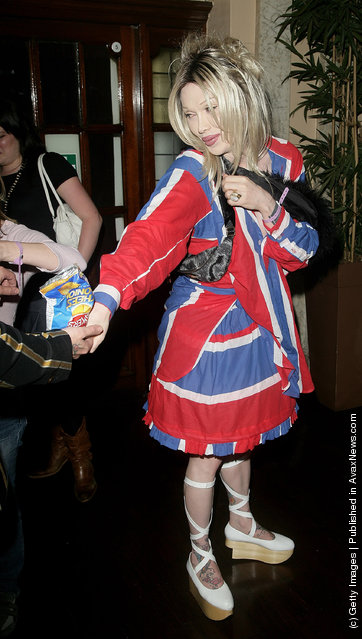 Singer Pete Burns arrives at a private gig to be perfomed by Prince at Koko on May 10, 2007 in London, England. (Photo by Dave Hogan/Getty Images) 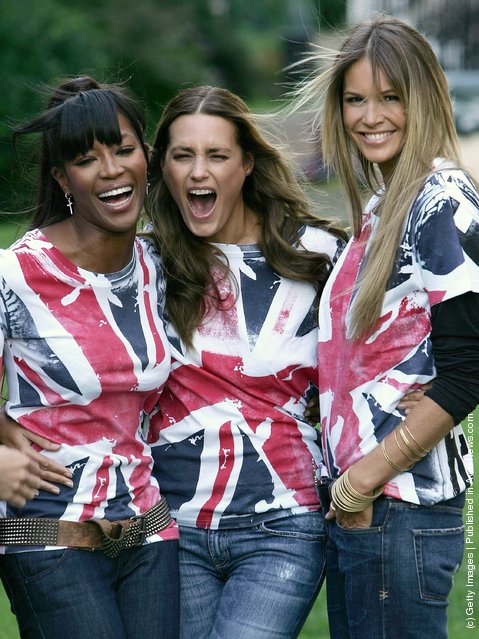 Naomi Campbell, Yasmin Le Bon and Elle Macpherson laugh as they pose for the camera's as they promote “Fashion For Relief” held at the Rotary Club on September 10, 2007 in London, England. (Photo by Christopher Lee/Getty Images) 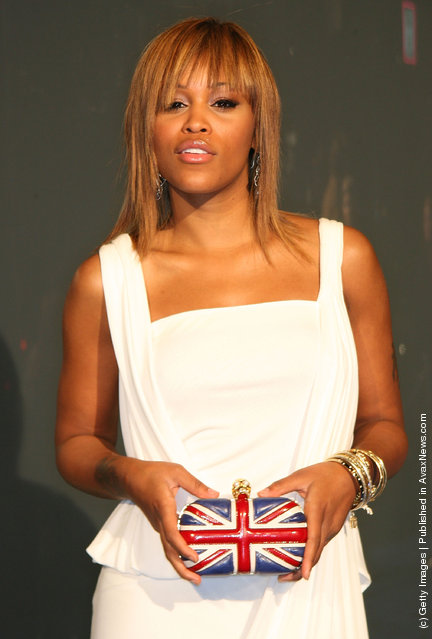 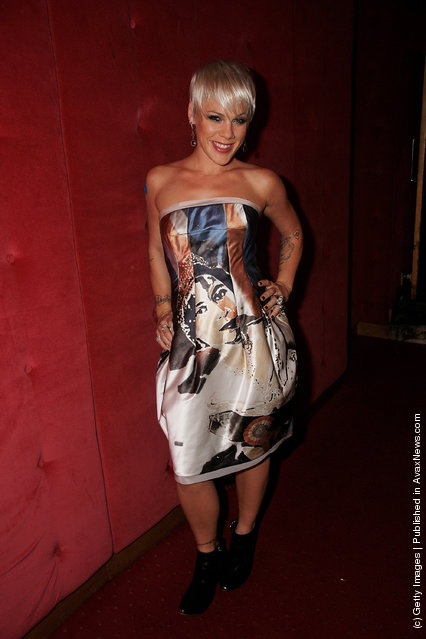 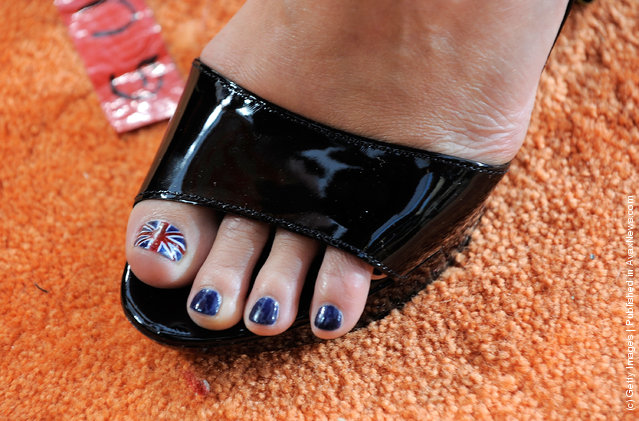 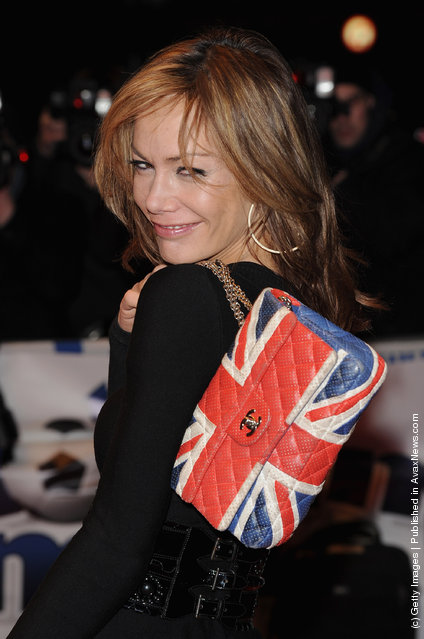 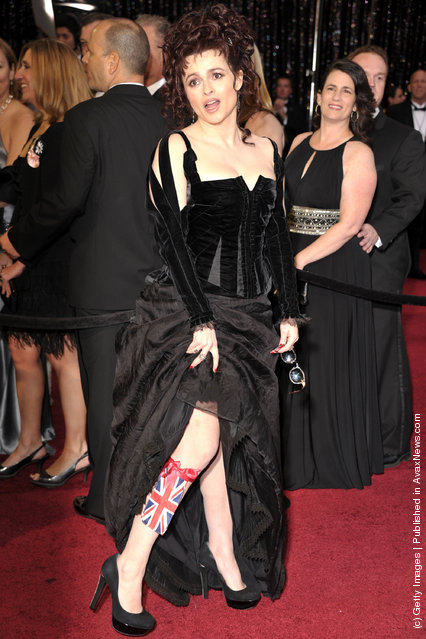 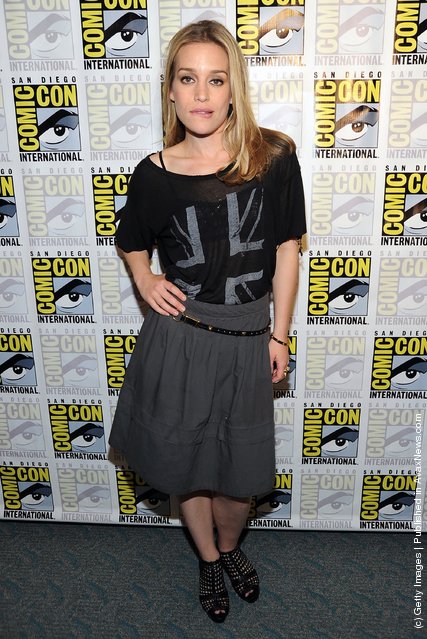 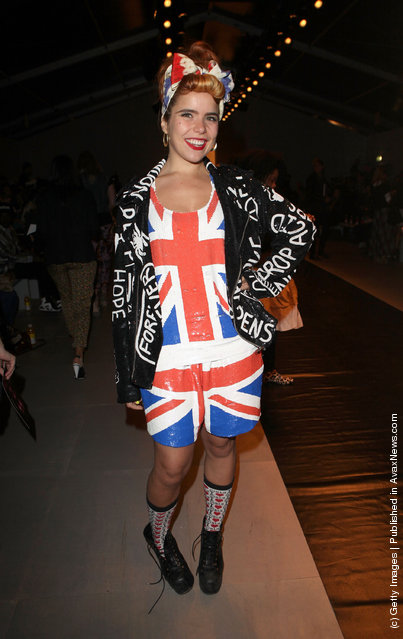