Touching Harp Seal Pups
“The harp seal or saddleback seal is a species of earless seal native to the northernmost Atlantic Ocean and adjacent parts of the Arctic Ocean. Newborn pups weigh around 11 kilograms (24 lb) and are 80–85 centimetres (31–33 in) long. After birth, the mother only feeds that pup. During the 12 day nursing period, the mother does not eat, losing up to 3 kilograms (7 lb) per day. Harp seal milk contains up to 48% fat, so pups gain over 2.2 kilograms (4.9 lb) per day. During this time, the juvenile's “greycoat” grows in beneath the white neonatal coat, and it weighs 80 pounds (36 kg).

The stranded pup cries at first, and then becomes sedentary to conserve body fat. Within a few days, it sheds its white coat, reaching the “beater” stage. Pups are unable to swim or find food until seven to eight weeks old or until the ice melts, leaving them vulnerable to polar bears and other predators. This fast costs them up to 50% of their weight. As many as 30% of pups die during their first year, due in part to their early immobility because they learn to swim only slowly. Seals congregate annually on the ice to molt before migrating to summer feeding grounds. Their lifespan extends for about 20 years.

Photos: A harp seal pups lies on an ice floe in the Gulf of Saint Lawrence March 24, 2008 in Charlottetown, Canada. (Photo by Joe Raedle/Getty Images) 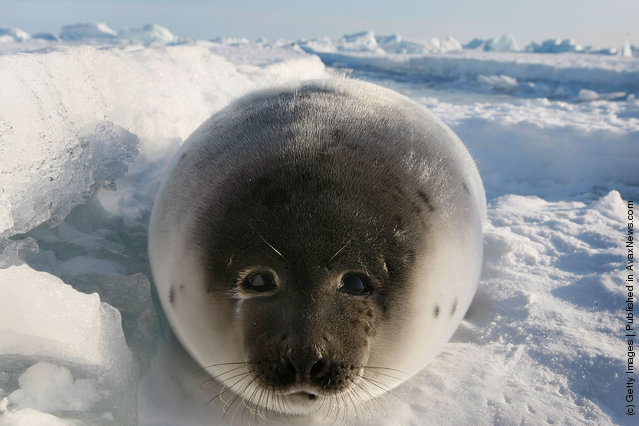 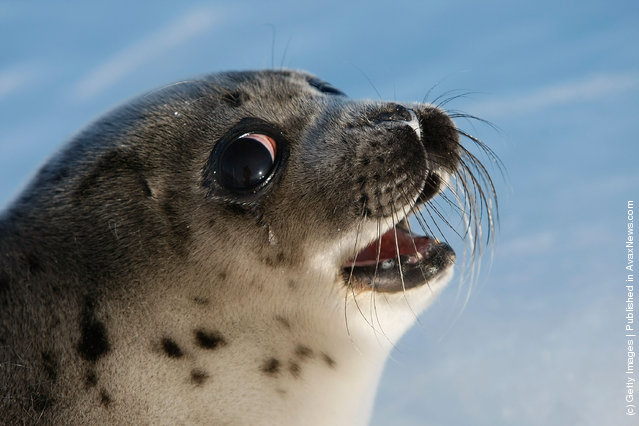 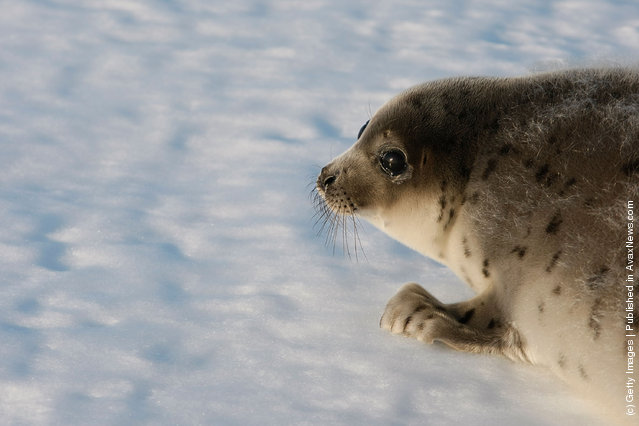 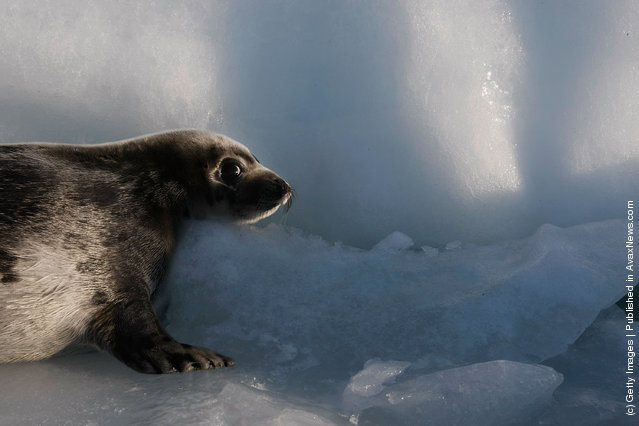 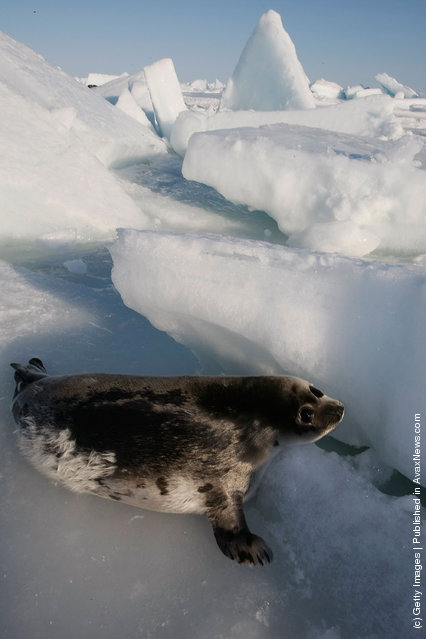 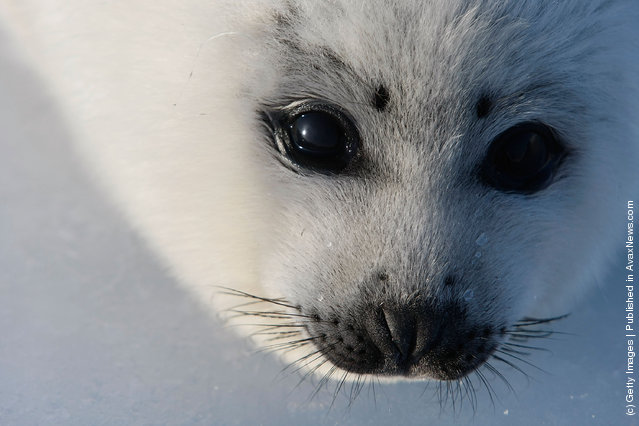 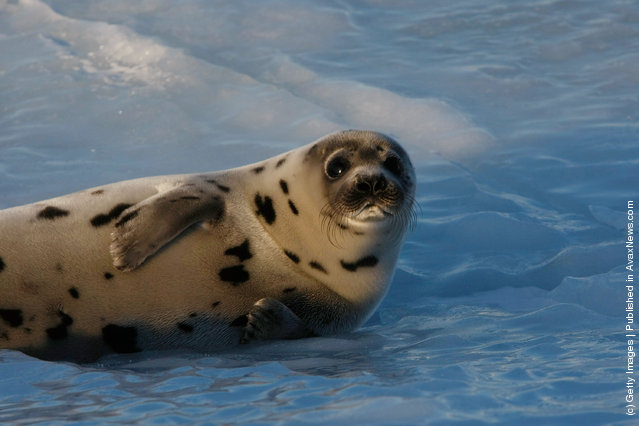 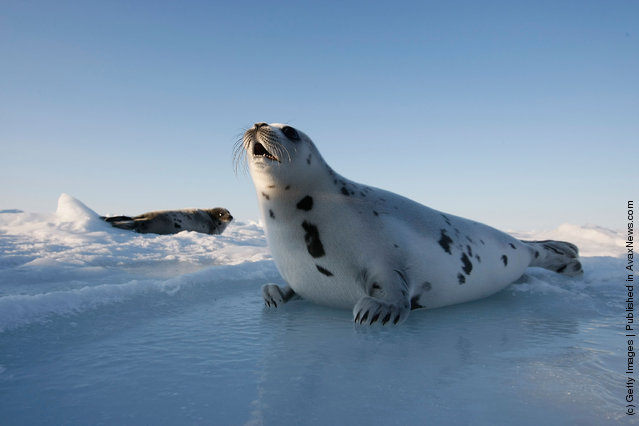 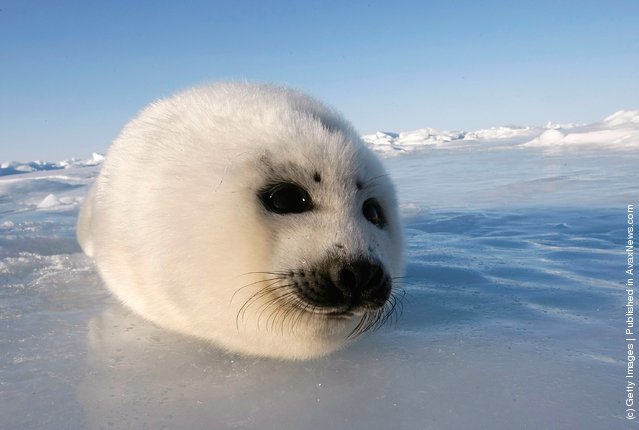 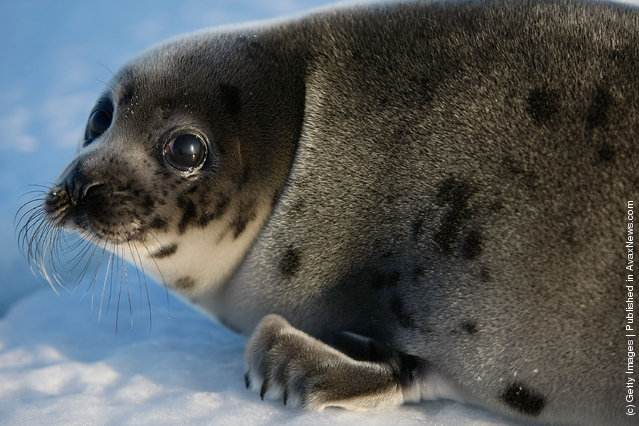 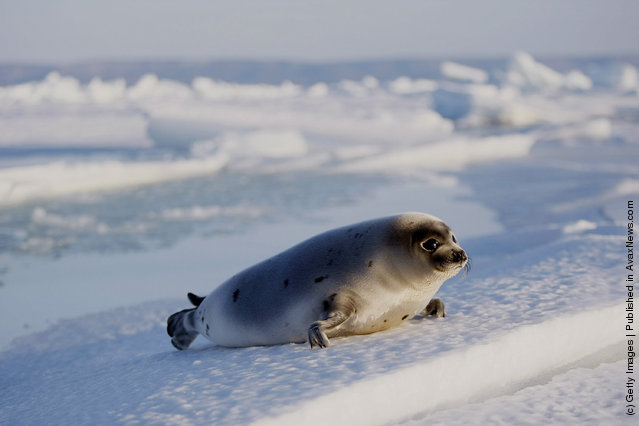 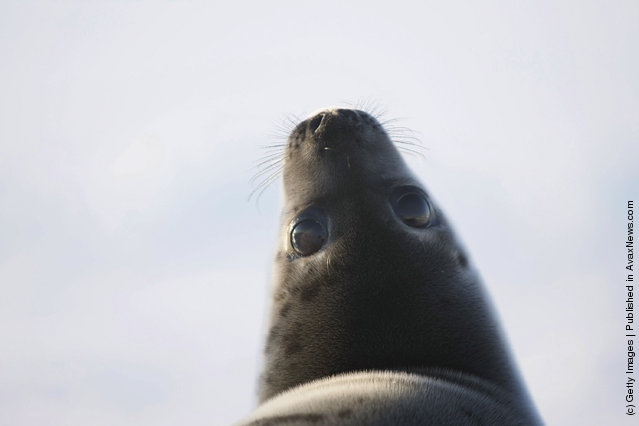 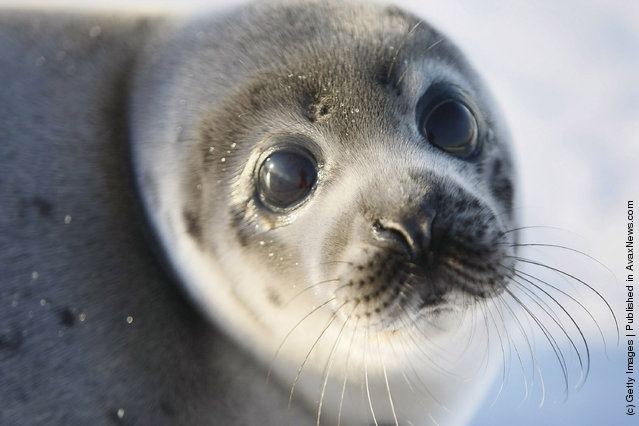 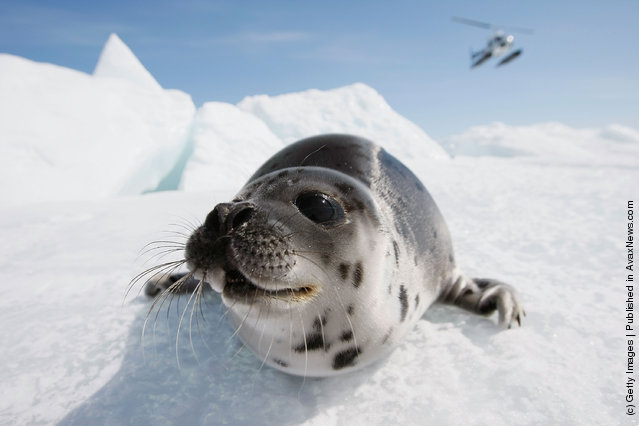 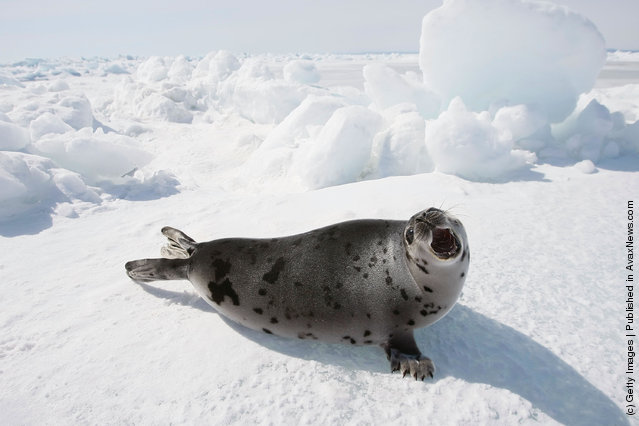 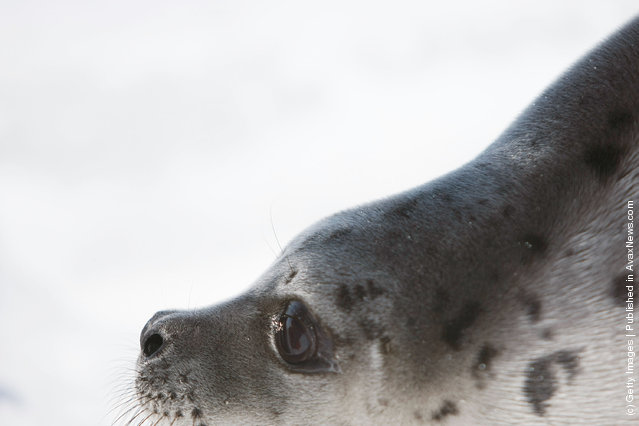