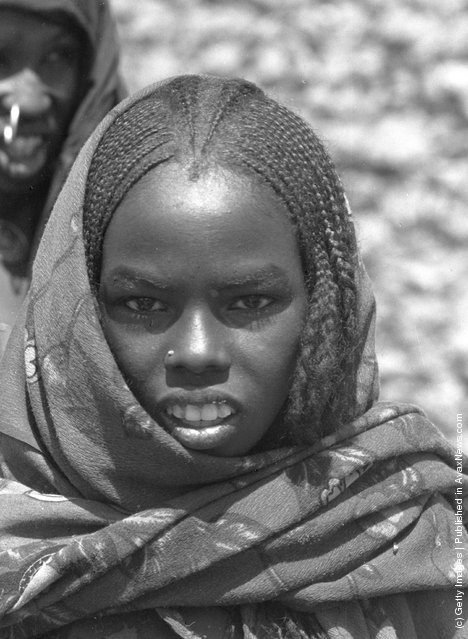 A child wearing a traditional headscarf in Seguedine, Niger. (Photo by Lars Oddvar Lovdahl/Keystone/Getty Images). Circa 1950 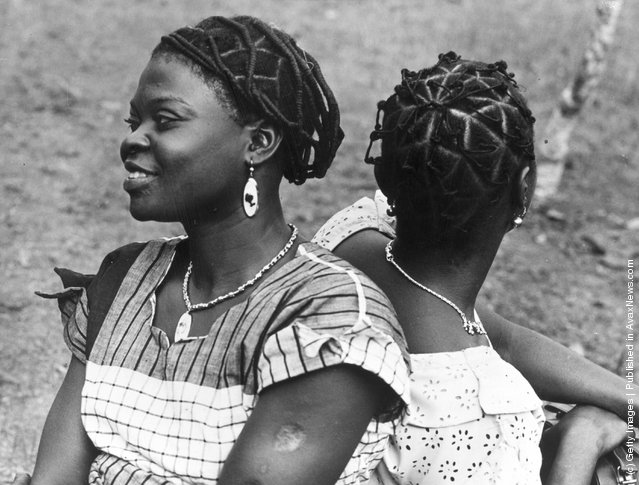 Nigerian women from Ksukka with intricately coiffured hair which they have styled in honour of the visit of Queen Elizabeth II. (Photo by Fox Photos/Getty Images). 11th February 1956 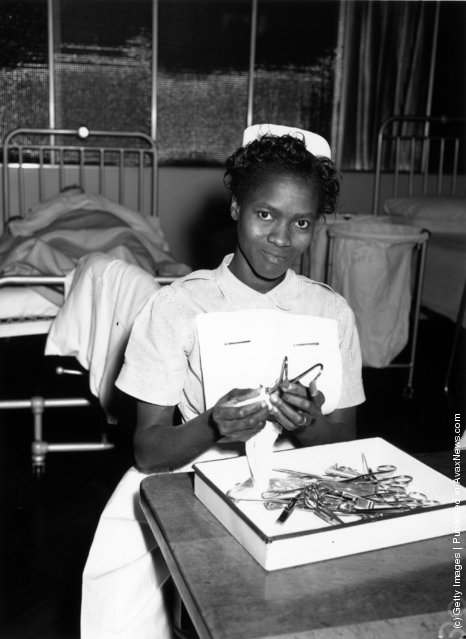 Christina Oyemaja from Nigeria cleaning surgical instruments in Brook General Hospital, Blackheath, London. She is one of the nurses from many different countries who are receiving training at the PTS (preliminary training school) of the Woolwich group of hospitals. (Photo by George W. Hales/Fox Photos/Getty Images). 7th November 1958 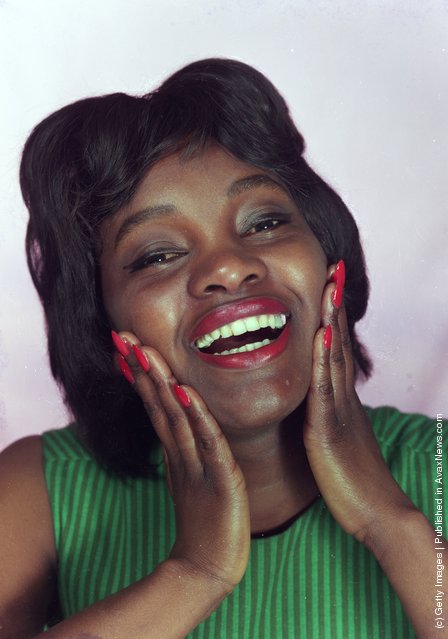 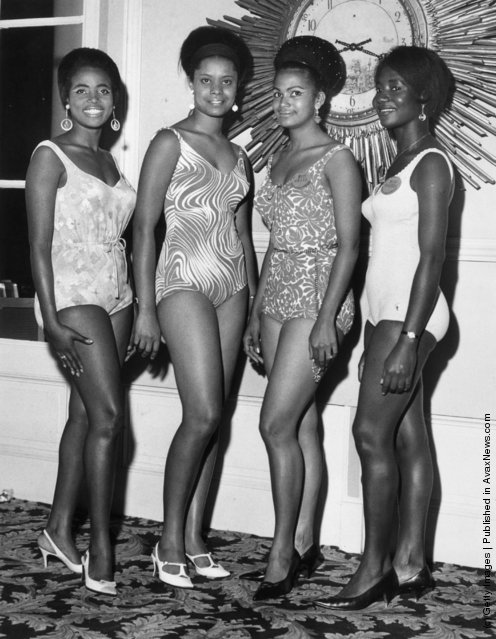 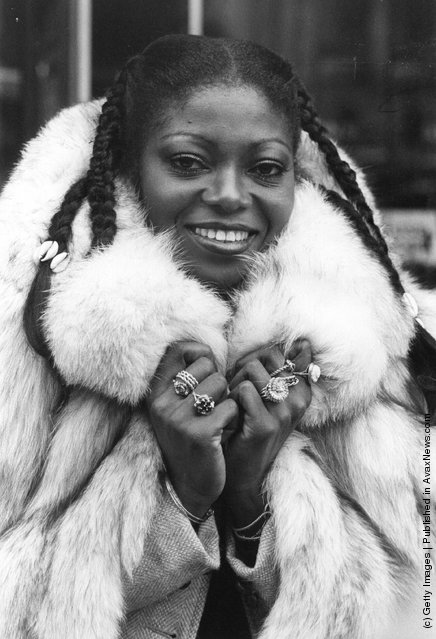 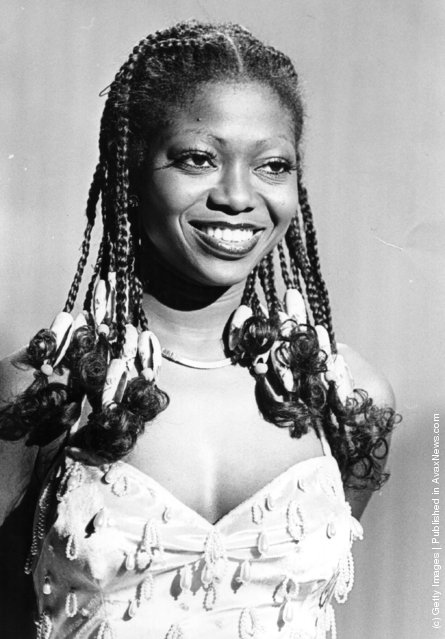 Nigerian singer Patti Boulaye appearing on the British TV show “New Faces”, on which she was the first contestant to score maximum marks. (Photo by Keystone/Getty Images). 10th March 1978 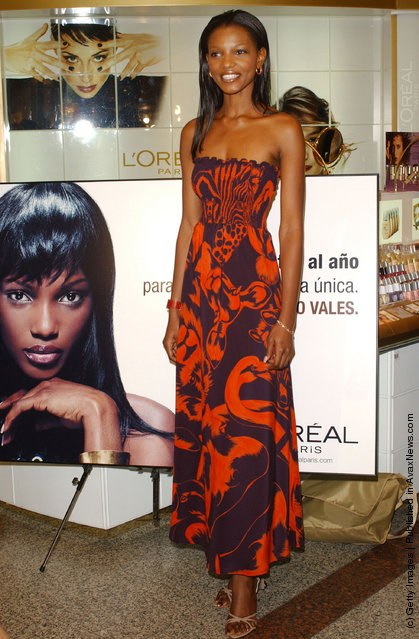 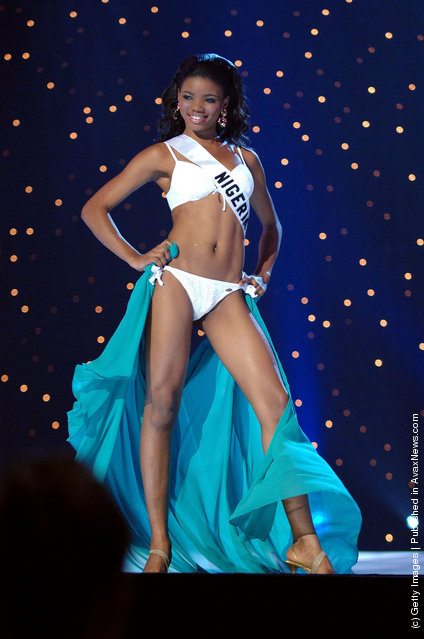 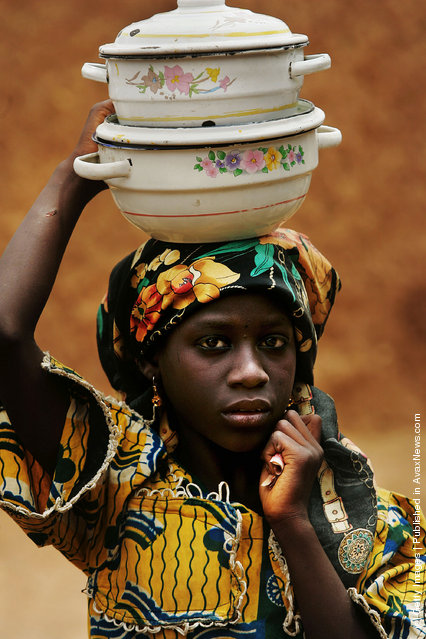 A Nigerian girl carries pots on her head in a remote area of Nigeria's Muslim north April 9, 2005 in Rimin Gado, Nigeria. (Photo by Chris Hondros/Getty Images) 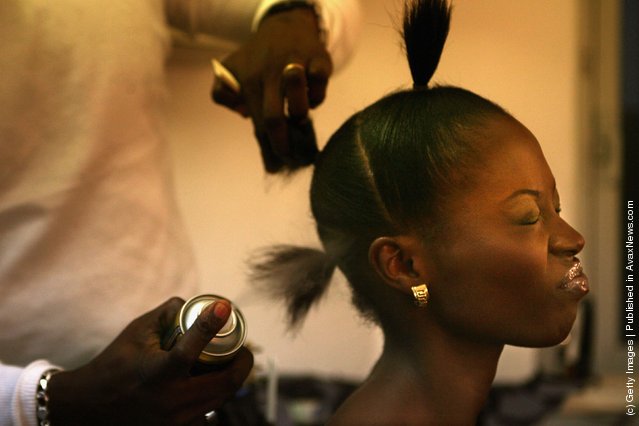 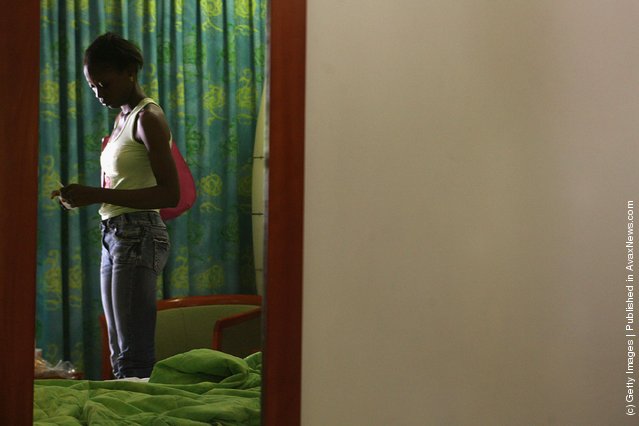 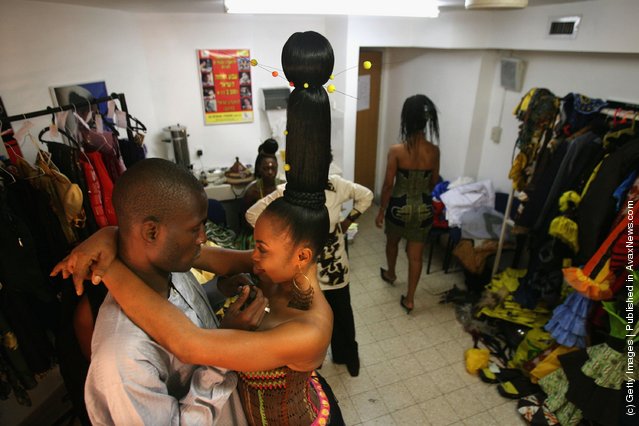 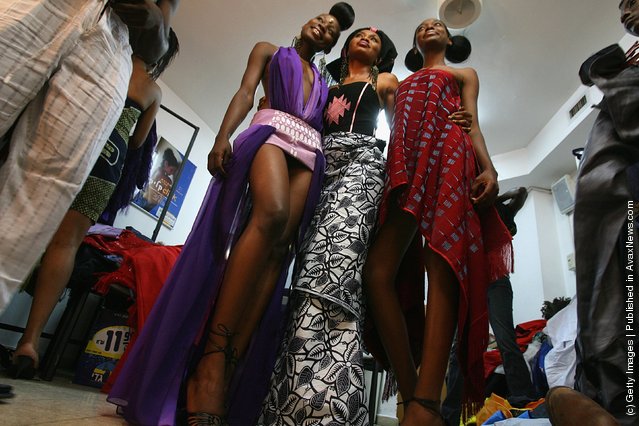 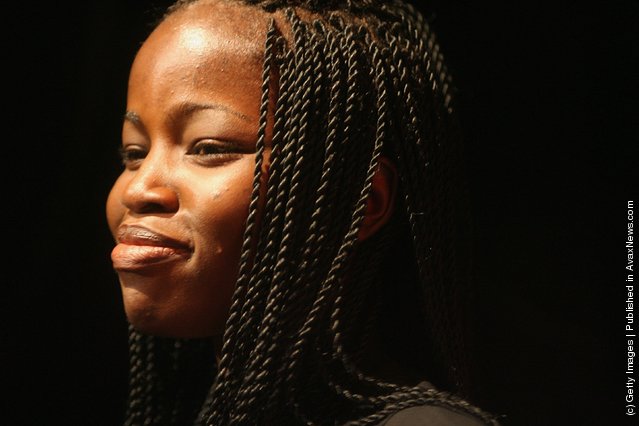 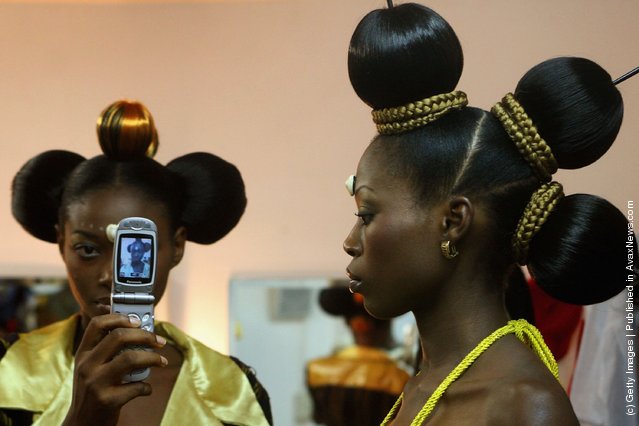 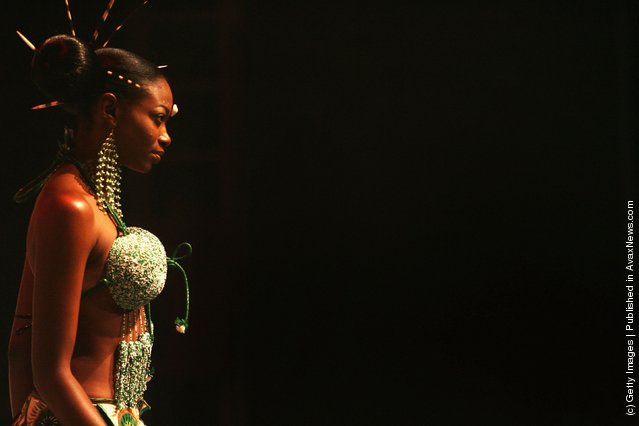 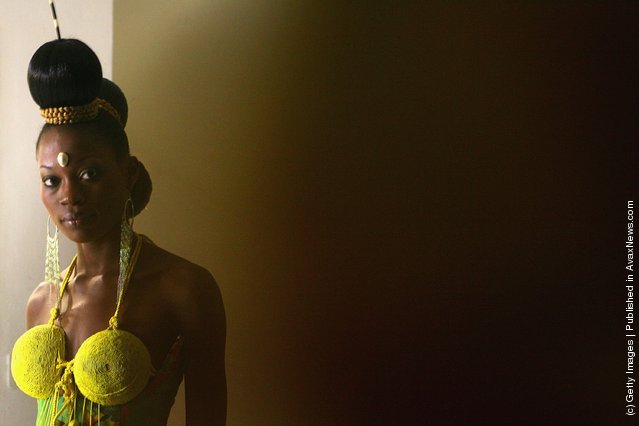 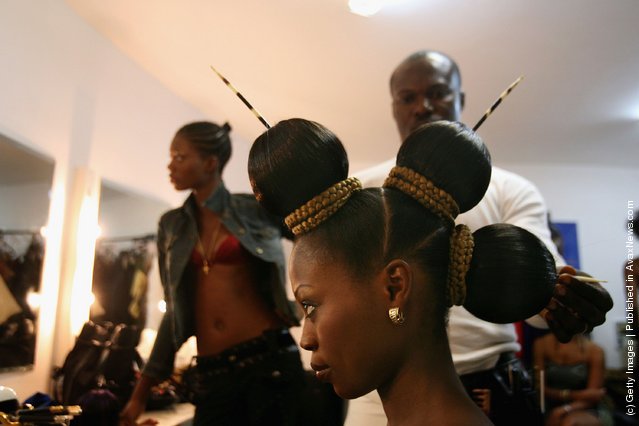 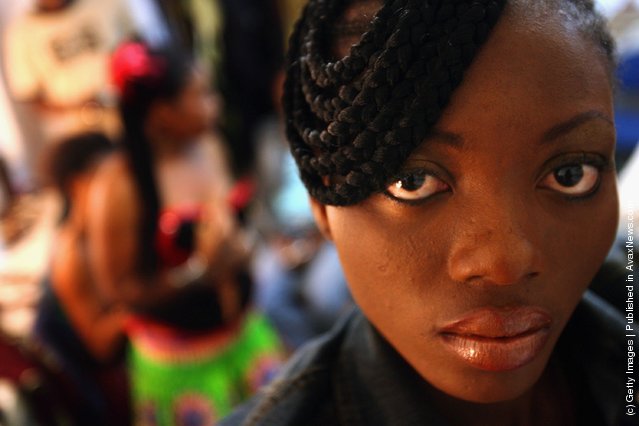 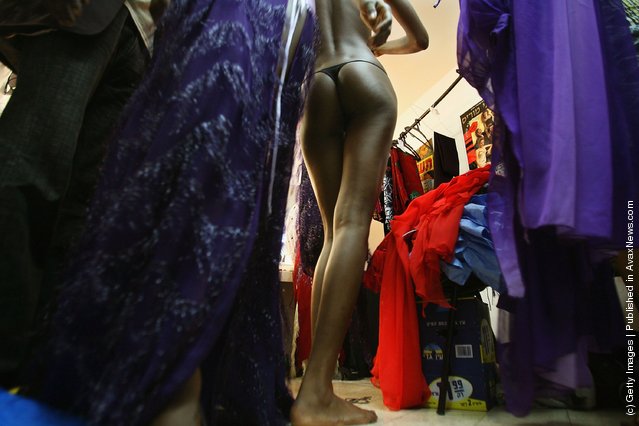 Nigerian fashion models are made up for their fashion show to promote ethnic fashion June 13, 2006 in Tel Aviv, Israel. The models said they hope to use the travelling show as a springboard to international fame, in the words of one, “to be the next Naomi Campbell”. (Photo by Uriel Sinai/Getty Images) 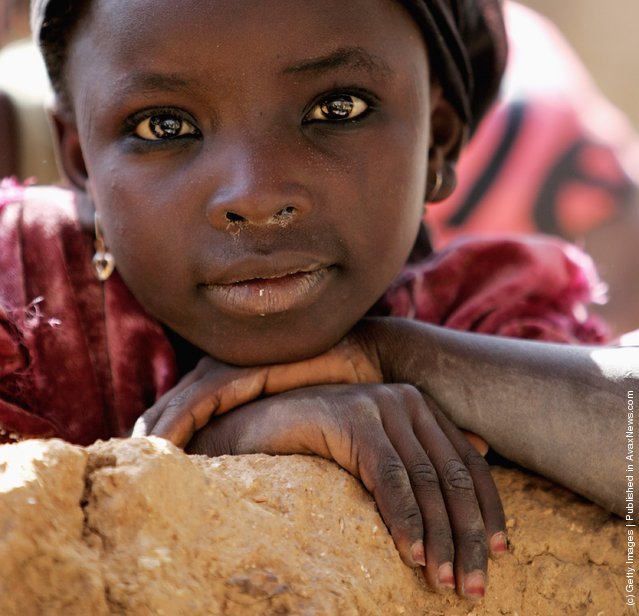 A local girl poses for the camera in Dawakin Kudu village on November 29, 2006 near Freetown, Sierra Leone. (Photo by Chris Jackson/Getty Images) 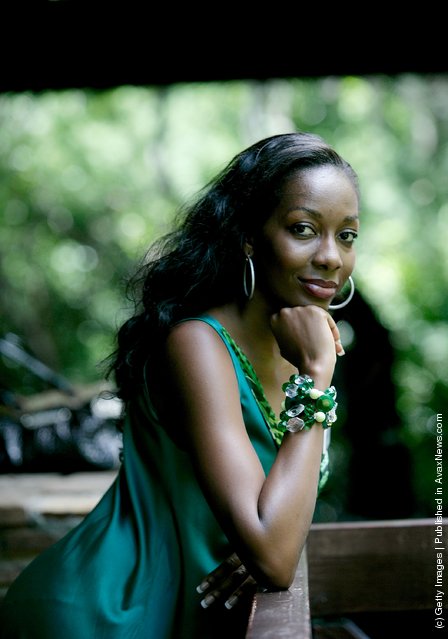 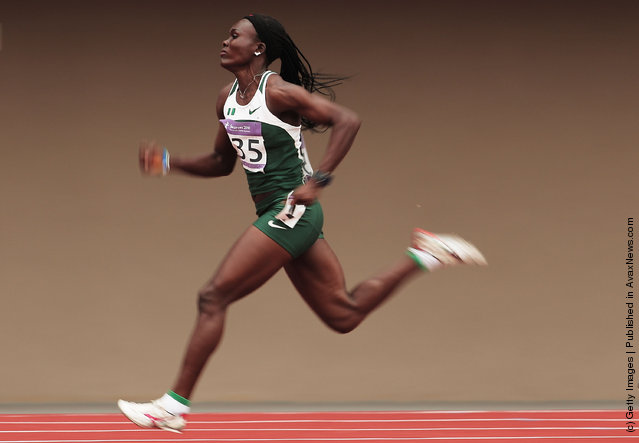 Josephine Omaka of Nigeria in action during the first round of the Girls 100m on day four of the Youth Olympics at Bishan Stadium on August 18, 2010 in Singapore. (Photo by Adam Pretty/Getty Images) 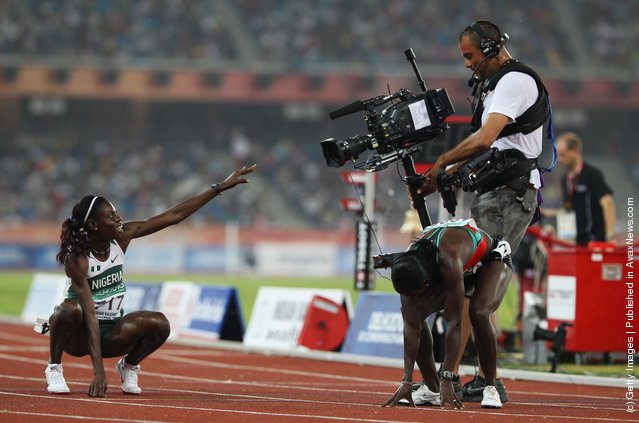 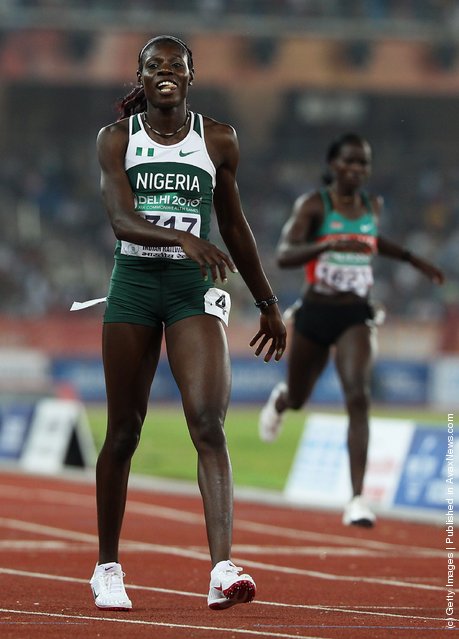