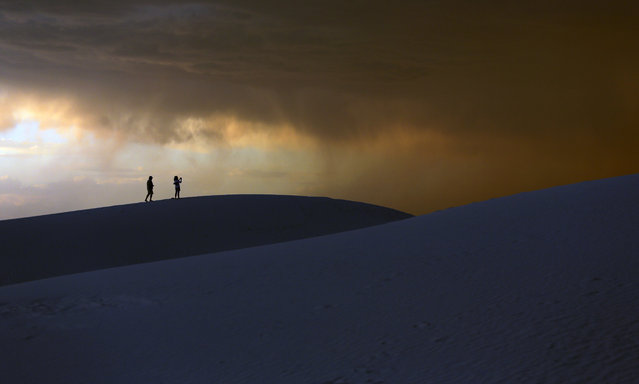 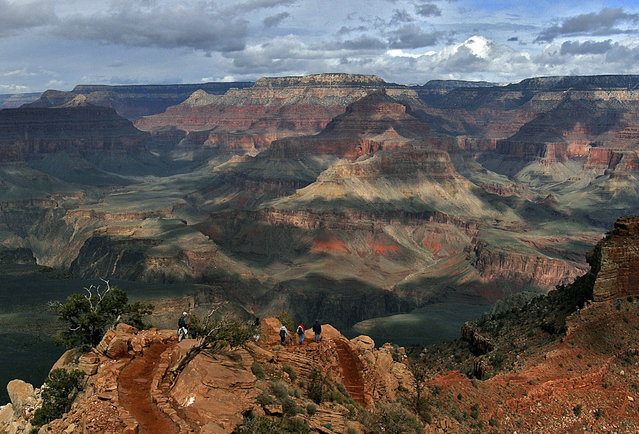 In this February 22, 2005, file photo, with the North Rim in the background, tourists hike along the South Rim of the Grand Canyon in Grand Canyon, Ariz. National Park officials plan to replace much of the decades-old and problem-plagued pipeline that plunges down into the canyon and backs up the other side to supply water to South Rim hotels, campgrounds, and other facilities at the northern Arizona park. (Photo by Rick Hossman/AP Photo) 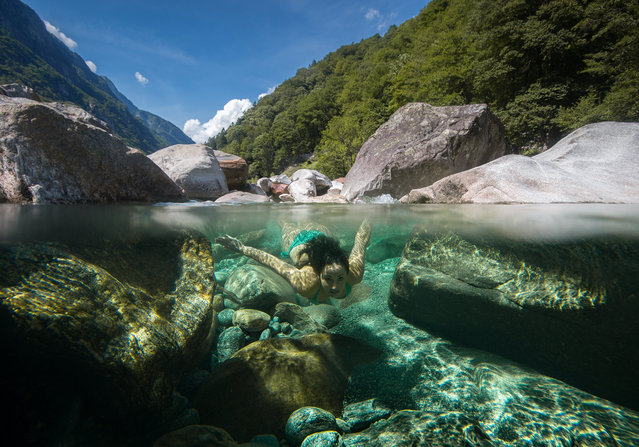 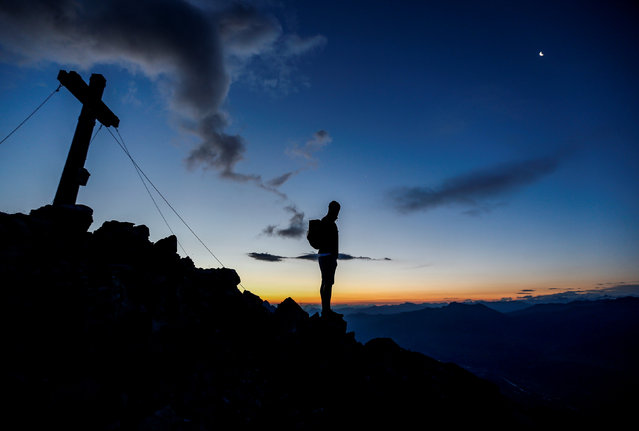 A man stands on a mountain summit as he looks over the Inntal valley in the western Austrian village of Gnadenwald, Austria, July 18, 2017. (Photo by Dominic Ebenbichler/Reuters) 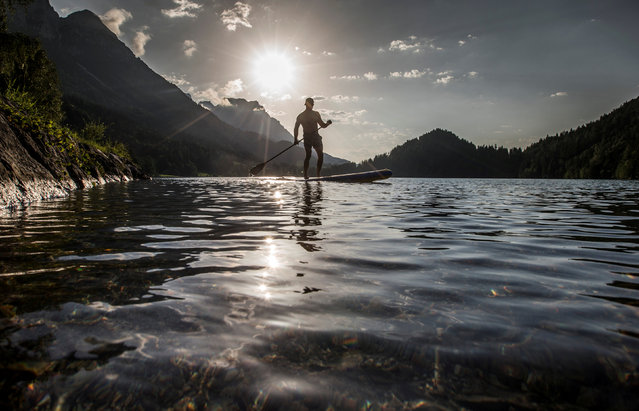 A man stands on a stand up paddle board on lake Hintersteiner in the Austrian village of Scheffau, Austria, August 2 , 2017. (Photo by Dominic Ebenbichler/Reuters) 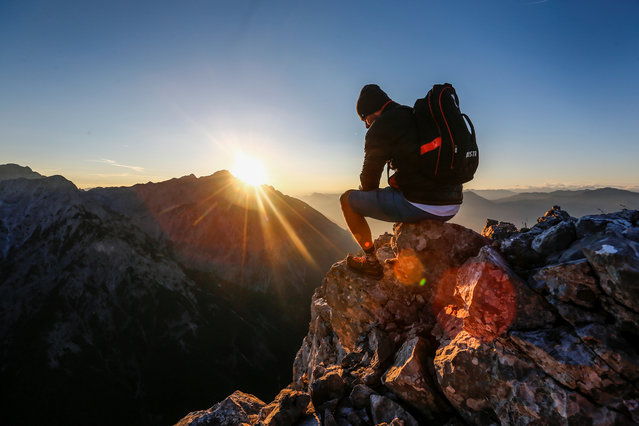 A man stands on a mountain summit as he looks over the Inntal valley in the western Austrian village of Gnadenwald, Austria on July 18, 2017. (Photo by Dominic Ebenbichler/Reuters) 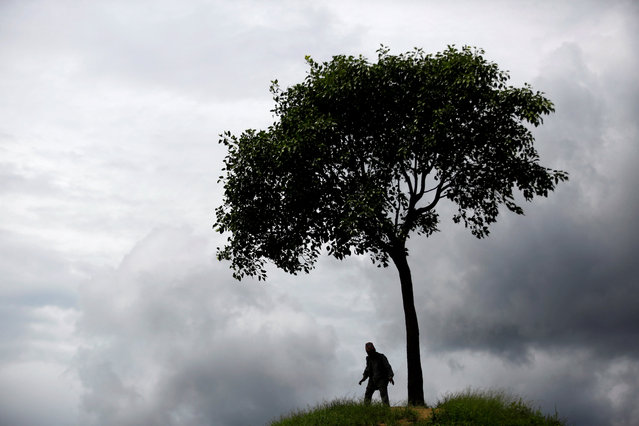 A man walks along the hilltop known as one tree hill in Lalitpur, Nepal on August 3, 2017. (Photo by Navesh Chitrakar/Reuters) 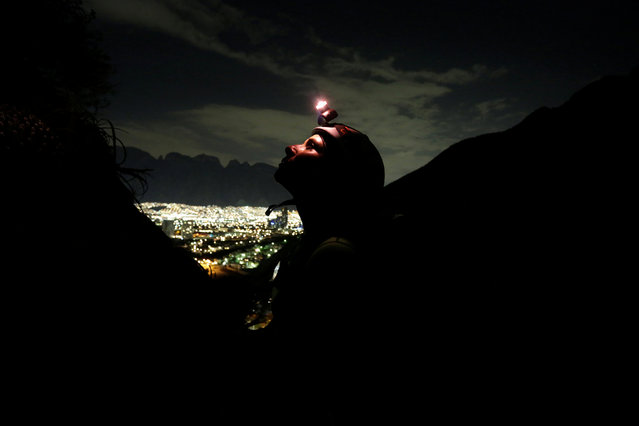 An instructor supervises a couple of tourists (not pictured) climbing a rock during a tour at La Huasteca canyon in Monterrey, Mexico, August 2, 2017. (Photo by Daniel Becerril/Reuters) 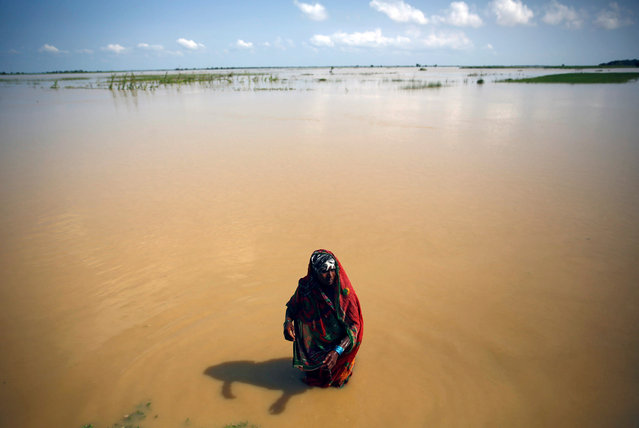 A flood victim washes herself at the flood affected area in Saptari District, Nepal August 14, 2017. (Photo by Navesh Chitrakar/Reuters) 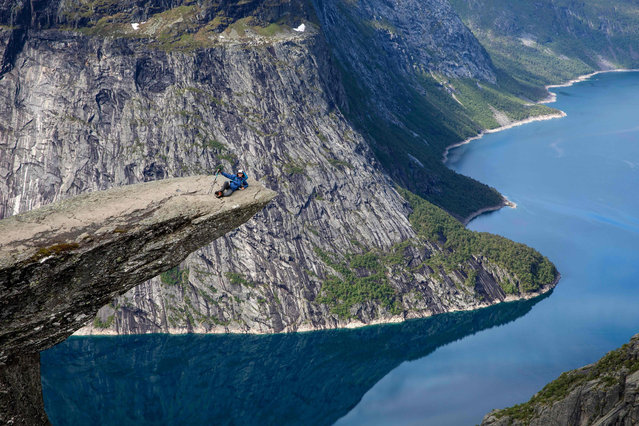 Tourists visit the rock “Trolltunga” in the county Hordaland in the western part of Norway, on June 21, 2017. About 150 000 tourists are expected to visit the spectacular mountain area this summer. The name “Trolltunga” means “the troll´s tongue”. (Photo by Tore Meek/AFP Photo) 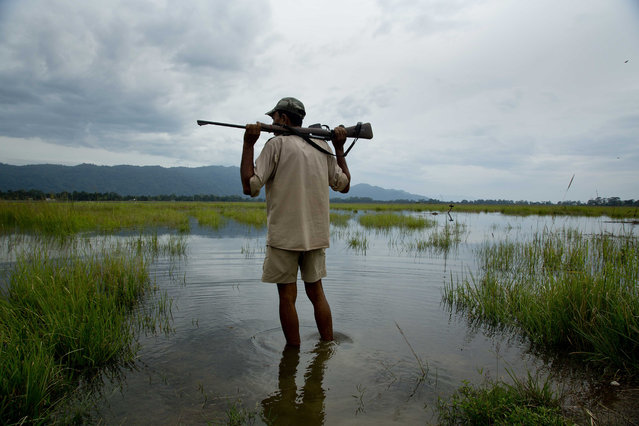 In this Saturday, July 8, 2017, photo, a forest guard looks at flooded Kaziranga national park in Kaziranga, 250 kilometers (156 miles) east of Gauhati, India. Police are patrolling for poachers as rhinoceros, deer and buffalo move to higher ground to escape floods inundating an Indian preserve. Kaziranga National Park has the world's largest population of the one-horned rhinoceros and is home to many other wildlife. (Photo by Anupam Nath/AP Photo) 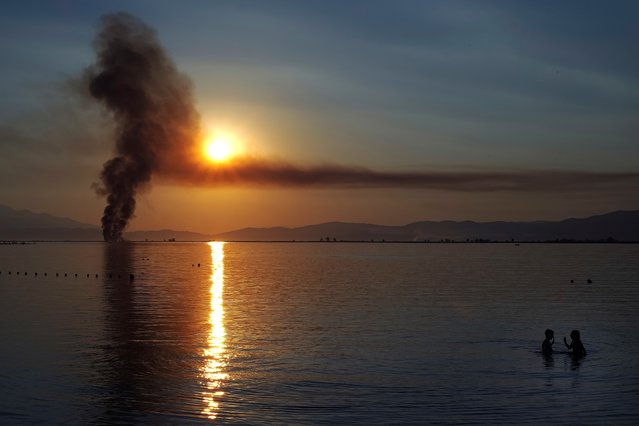 Children play in the sea as smoke from a fire rises in the background during a sunset at Keramoti, northern Greece, on Sunday, July 30, 2017. August is the month when the official summer vacations begin for the Greeks. (Photo by Petros Karadjias/AP Photo/) 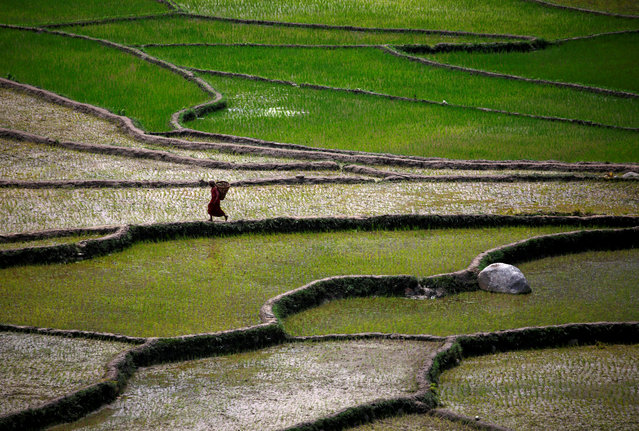 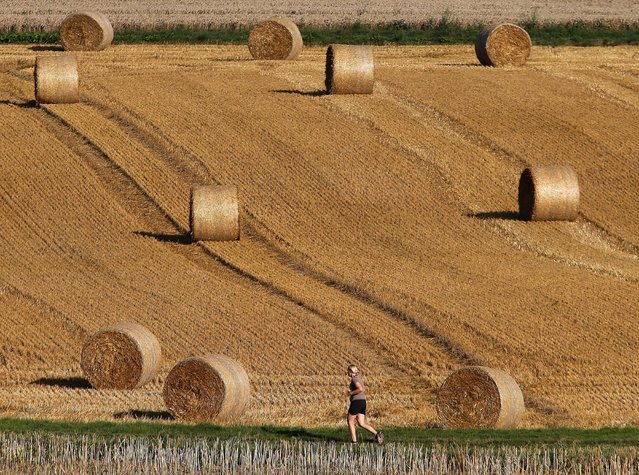