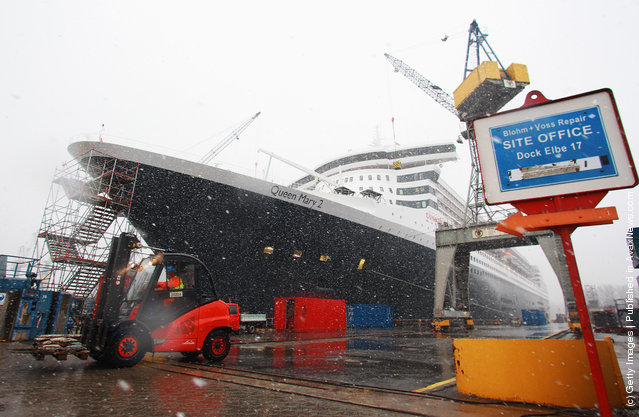 The “Queen Mary 2” cruise ship lies at the Blohm & Voss Repair shipyard after a 10-day intense renovation on December 5, 2011 in Hamburg, Germany. The “Queen Mary” was scheduled to leave the yard today, but will stay for at least 12 hours more Blohm & Voss reported. The renovation work on the ship required 1,000 workers and included exchanging all the carpeting, which would have been enough to cover 10 football fields, as well as replacing 29km of textile materials, mainly for the curtains and bedding. The “Queen Mary 2” will mark its 12th anniversary this coming January. (Photo by Joern Pollex/Getty Images) 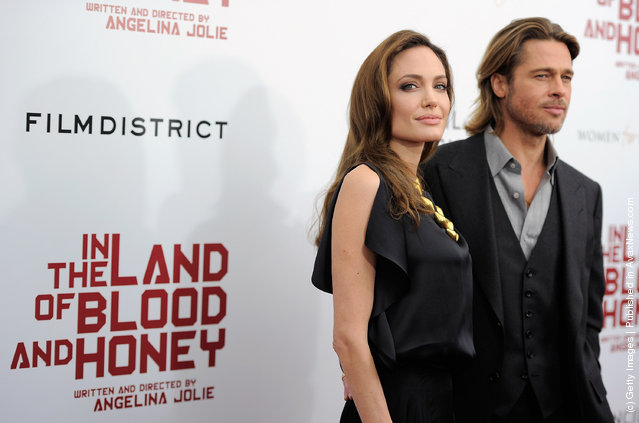 Director/actor Angelina Jolie and actor Brad Pitt pose for a photo during the premiere of “In the Land of Blood and Honey” at the School of Visual Arts on December 5, 2011 in New York City. (Photo by Jemal Countess/Getty Images) 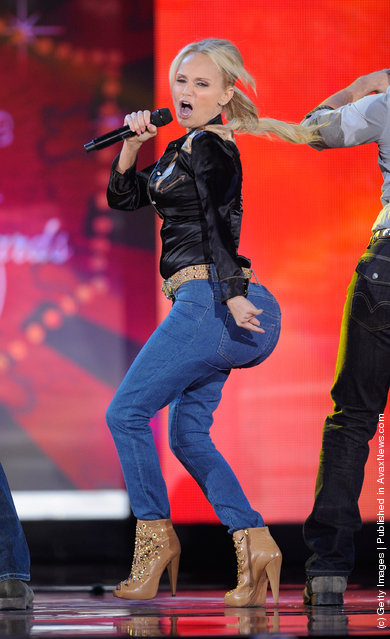 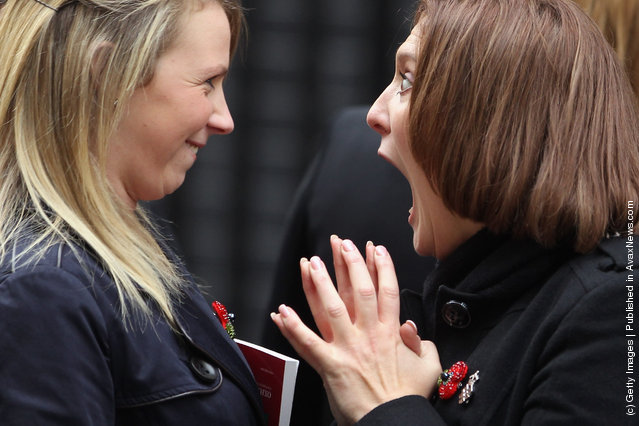 Women from the military wives choir joke before singing outside Number 10 Downing Street ahead of a reception with British Prime Minister David Cameron for returning British troops who were involved in operations in Libya, at 10 Downing Street on December 6, 2011 in London, England. The military wives choir, a choir of the wives and girlfriends whose partners are in active deployment were brought together by choirmaster Gareth Malone, and are tipped be number one for Christmas with their charity single “Wherever You Are”. (Photo by Dan Kitwood/Getty Images) 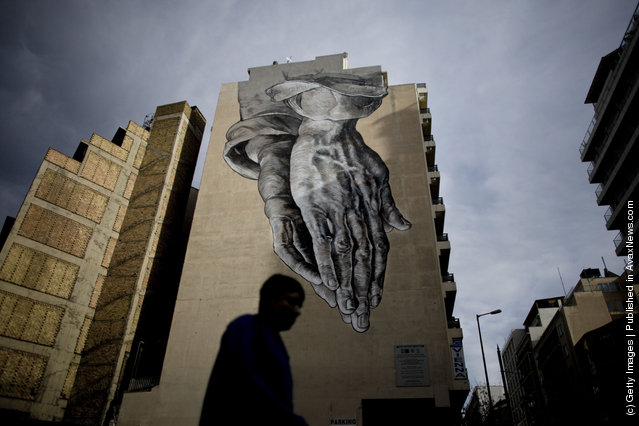 A man walks past graffiti displayed on a building on December 6, 2011 in Athens, Greece. Graffiti artists throughout the city are expressing the effects of austerity measures that have plagued the community as Greece continues to struggle in debt while lawmakers today are set to pass next year's budget. (Photo by Milos Bicanski/Getty Images) 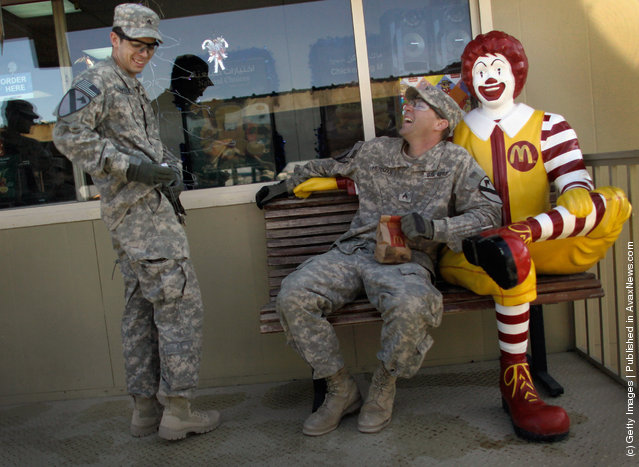 U.S. Army Sergeant James Linville from Brandon, Florida and Justin Herdman from Dover, Arkansas of the 2-82 Field Artillery, 3rd Brigade, 1st Cavalry Division, relax as they order McDonald's meals after arriving in Kuwait from Camp Adder in Iraq on December 7, 2011 at Camp Virginia, near Kuwait City, Kuwait. Lt. Wilson had been looking forward to fast food after spending seven months serving in Iraq. America's military continues its pullout of Iraq by the end of December after eight years of war and occupation which included the overthrow of Saddam Hussein. (Photo by Joe Raedle/Getty Images) 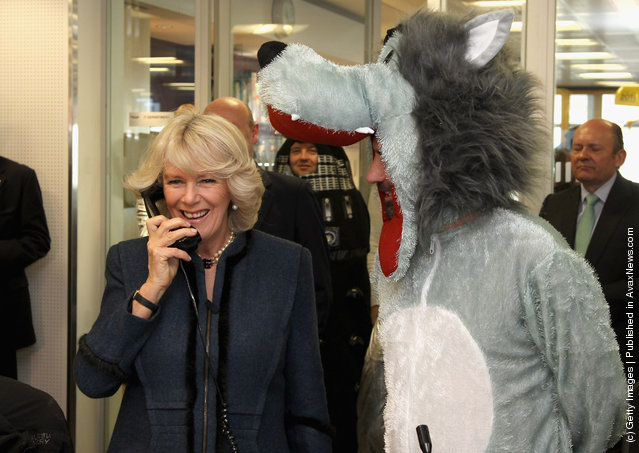 Camilla, Duchess of Cornwall does a 150 Million Euro Trade under the guidance of Simon Bond (Head of Spot FX) during the ICAP Charity Day at ICAP on December 7, 2011 in London, England. The Duchess of Cornwall was supporting Maggies cancer charity of which she is a patron. (Photo by Chris Jackson – WPA Pool/Getty Images) 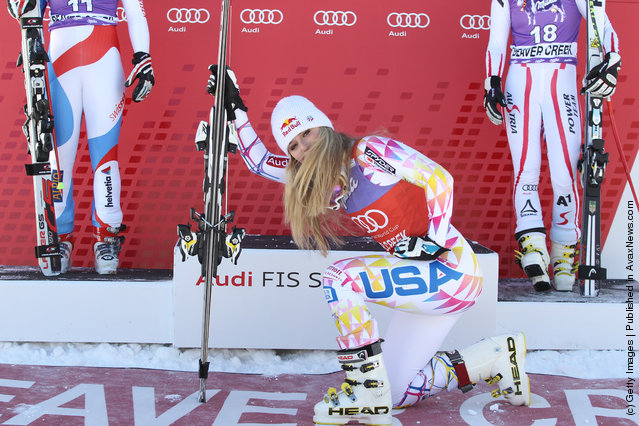 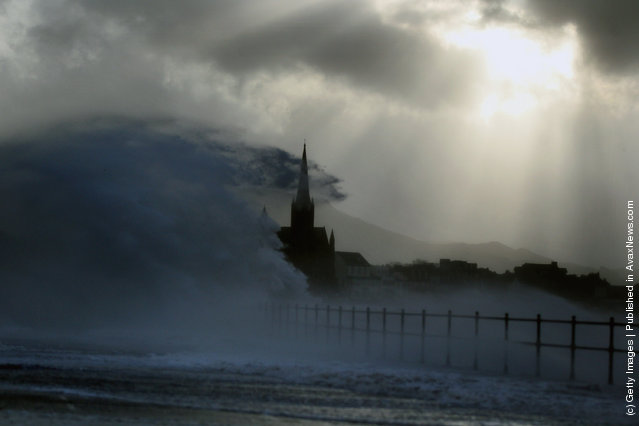 Largs promenade is battered by winds on December 8, 2011 in Largs, Scotland. Scottish police forces are advising members of the public not to travel, as severe winds start to hit many parts of the country. (Photo by Jeff J. Mitchell/Getty Images) 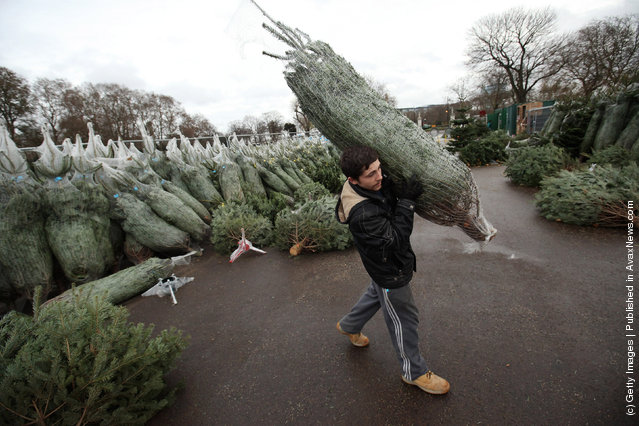 A Christmas tree salesman arranges his stock at The Royal Hospital Chelsea on December 8, 2011 in London, England. Despite the UK's uncertain economic outlook, sales in Christmas trees have been strong this year with some retailers reporting a 50% increase. (Photo by Oli Scarff/Getty Images) 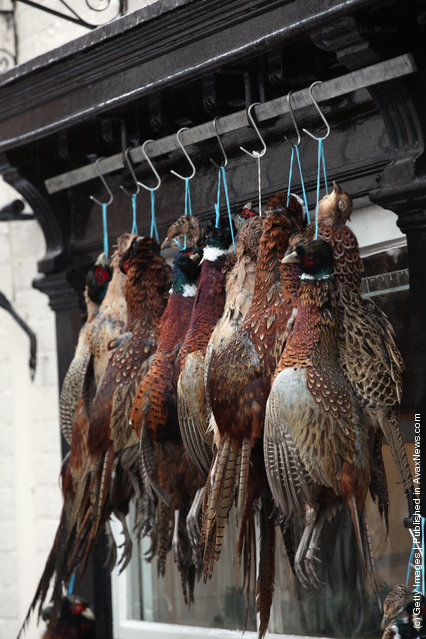 Pheasants hang outside Andrew Francis butchers in the rural town of Ludlow in Shropshire on December 8, 2011 in Ludlow, England. With a weak outlook at the start of the Christmas shopping boom, many retailers are slashing prices with the hopes of combating poor sales. (Photo by Christopher Furlong/Getty Images)