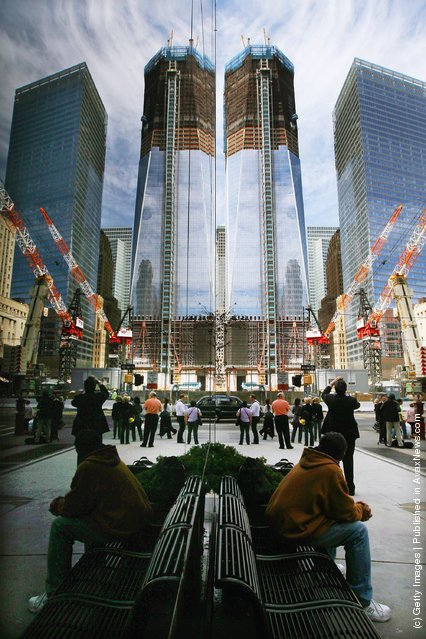 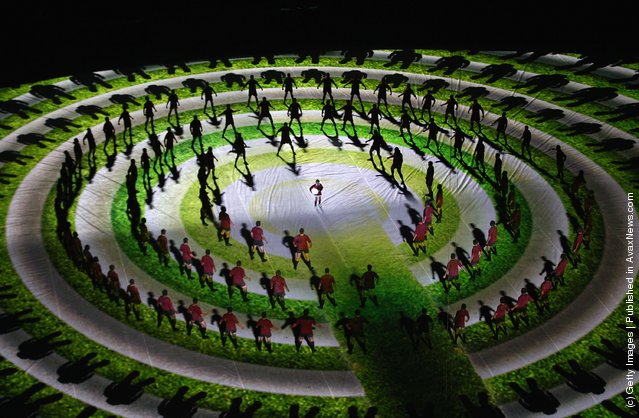 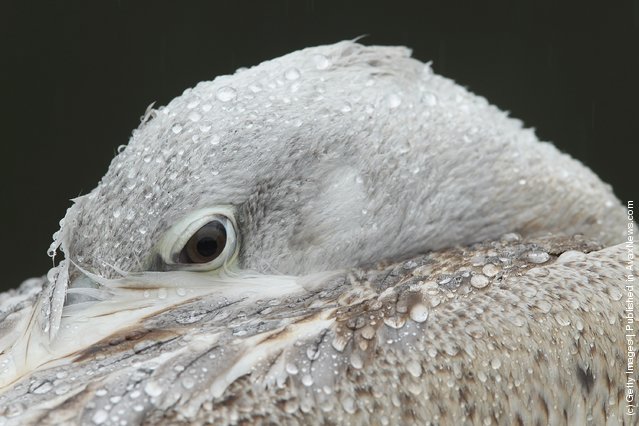 A Dalmatian pelican nestles its head in its feathers as falling rain leaves water droplets on its feathers at the Berlin Zoo on September 9, 2011 in Berlin, Germany. Berlin was drenched with rain today though the weather is supposed to clear by the weekend. (Photo by Sean Gallup/Getty Images) 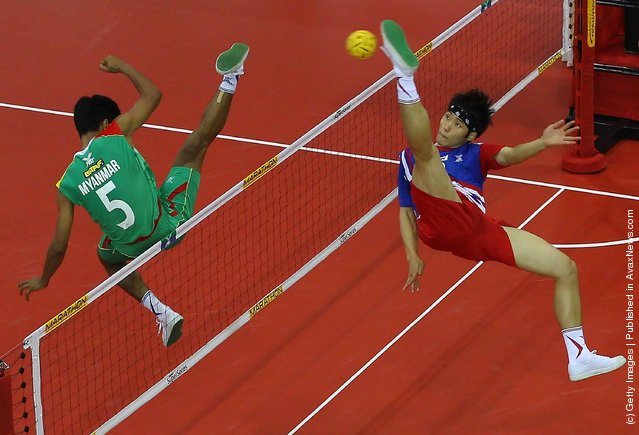 An Soo Im of Korea kicks over the net against Zawaung Zaw of Myanmar during the quater final match between Korea and Myanmar during day three of the ISTAF International Sepaktakraw Super Series at Fashion Island Stadium on September 10, 2011 in Bangkok, Thailand. (Photo by Quinn Rooney/Getty Images) Jonathan Brownlee (R) of Great Britain exits the water during during the Elite Men's in the 2011 ITU World Championship Grand Final at Shisanling Reservoir on September 10, 2011 in Beijing, China. (Photo by Lintao Zhang/Getty Images) 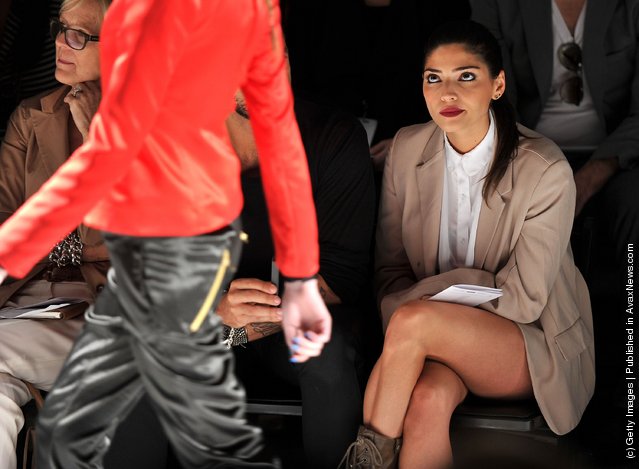 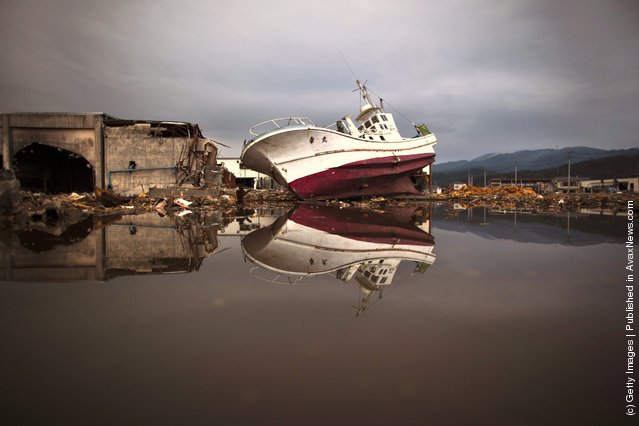 A devasted area is seen prior to the sixth month anniversary of the March 11 earthquake and massive tsunami on September 10, 2011 in Kesennuma, Miyagi Prefecture, Japan. A 9.0 magnitude strong earthquake struck Japan offshore on March 11 at 2:46pm local time, triggering a tsunami wave of up to ten metres which engulfed large parts of north-eastern Japan and also damaging the Fukushima nuclear plant, causing the worst nuclear crisis in decades. The current number of dead and missing is reportedly estimated to be 22,900. (Photo by Athit Perawongmetha/Getty Images) 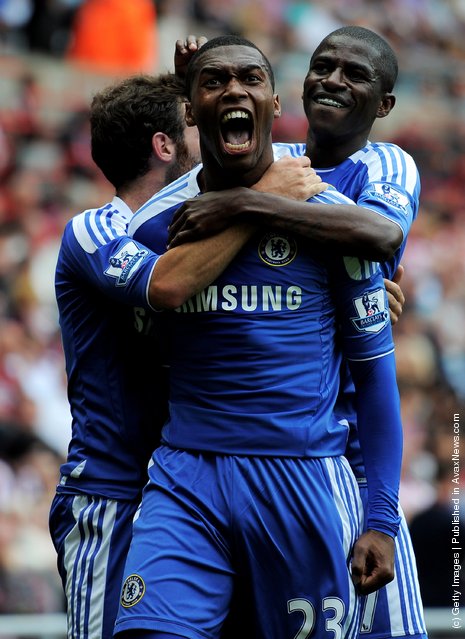 Daniel Sturridge of Chelsea celebrates with his team mates after scoring his team's second goal during the Barclays Premier League match between Sunderland and Chelsea at the Stadium of Light on September 10, 2011 in Sunderland, England. (Photo by Michael Regan/Getty Images) 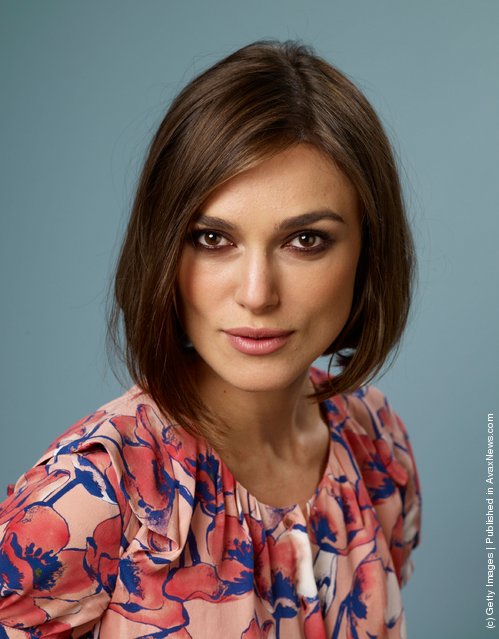 Actress Keira Knightley of “A Dangerous Method” poses for a portrait during the 2011 Toronto Film Festival at the Guess Portrait Studio on September 10, 2011 in Toronto, Canada. (Photo by Matt Carr/Getty Images) 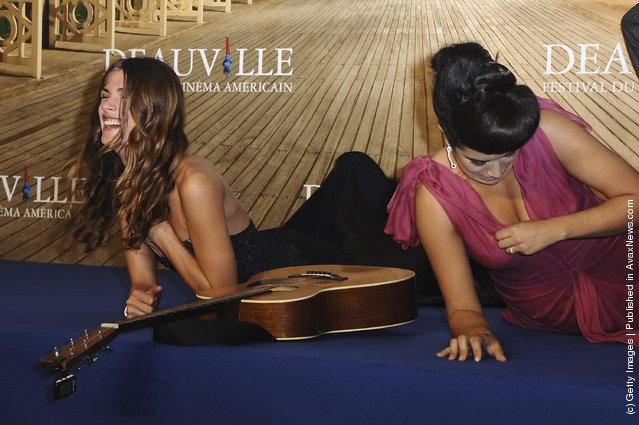 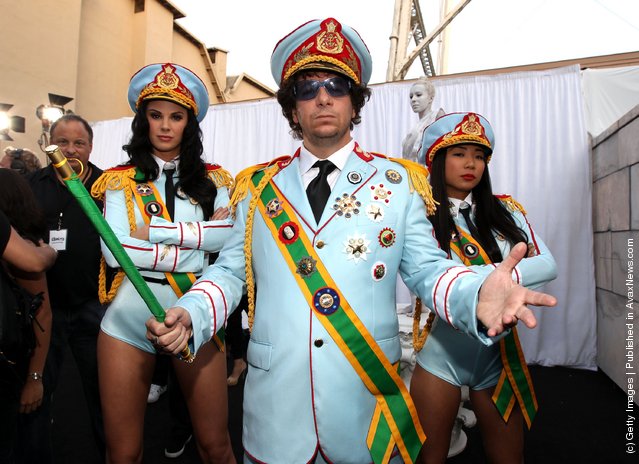 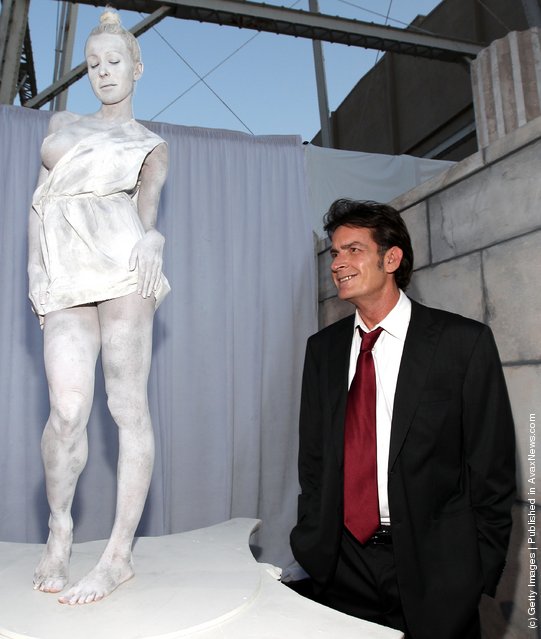 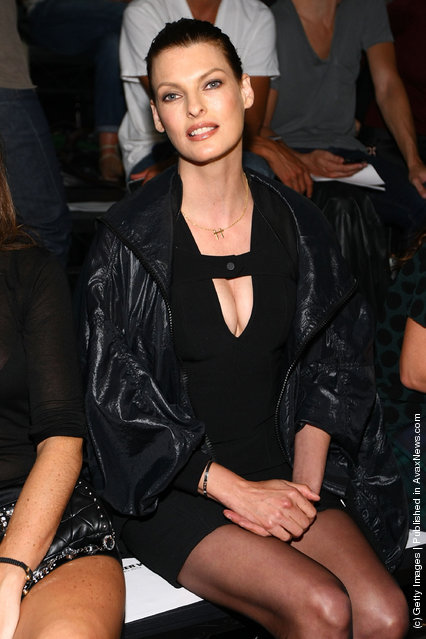 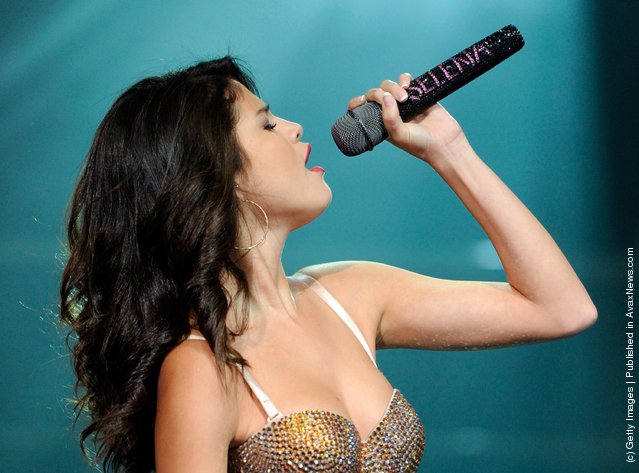