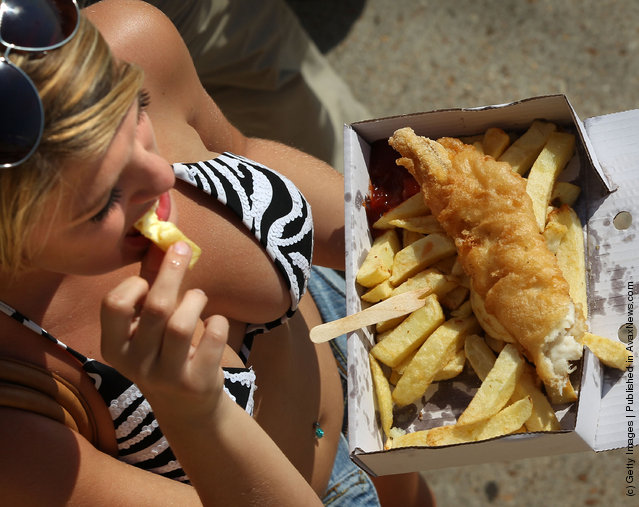 A woman eats fish and chips on the beach on October 1, 2011 in Brighton, England. Southern parts of the United Kingdom are continuing to enjoy a late season burst of high temperatures with a record October high of 29.5C (85.1F) measured at Gravesend in Kent. (Photo by Peter Macdiarmid/Getty Images) 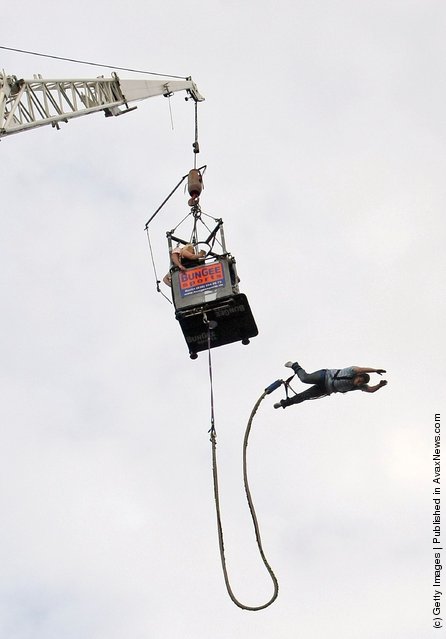 A visiitor bungee jumps during an outdoor festival to celebrate German Unity Day on the 21st anniversary of German reunification on October 3, 2011 in Berlin, Germany. German Unity Day is a national holiday and marks the day West Germany and East Germany were reunited in 1990 following the collapse of the Iron Curtain. (Photo by Adam Berry/Getty Images) 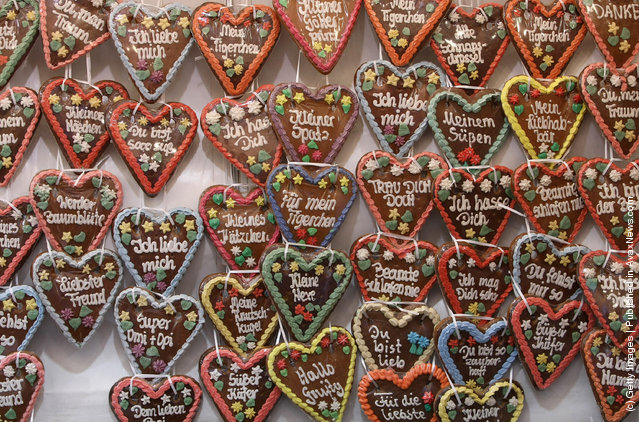 Traditional German Lebkuchen cookies hang for sale during an outdoor festival to celebrate German Unity Day on the 21st anniversary of German reunification on October 3, 2011 in Berlin, Germany. (Photo by Adam Berry/Getty Images) 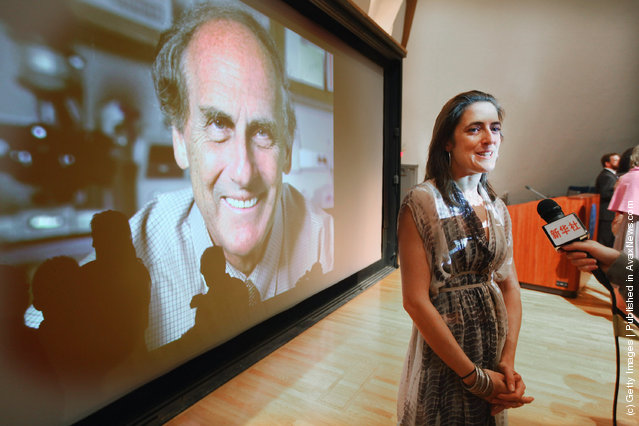 Alexis Steinman, daughter of deceased 2011 Nobel Prize in medicine winner Ralph Steinman, speaks at a press conference in front of a photo of her father at Rockefeller University on October 3, 2011 in New York City. Steinman, who passed away on September 30, was awarded for his discovery of the immune system's dendritic cells in the 1970s at Rockefeller University. Nobel Prizes are not awarded posthumously and the Nobel Committee was unaware of Steinman's death. (Photo by Mario Tama/Getty Images) 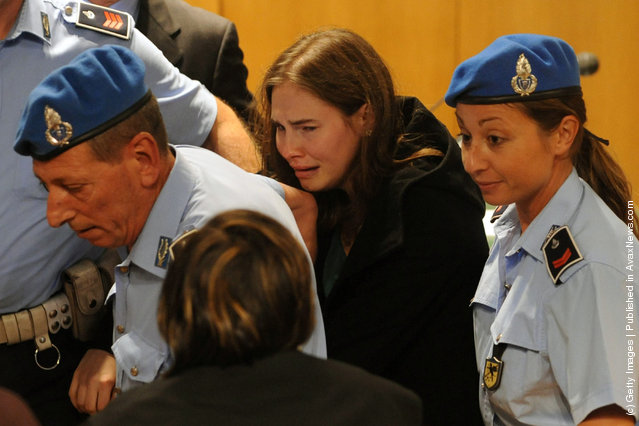 Amanda Knox breaks down in tears after hearing the verdict that overturns her conviction and acquits her of murdering her British roommate Meredith Kercher at the Perugia court on October 3, 2011 in Perugia, Italy. American student Amanda Knox and her Italian ex-boyfriend Raffaele Sollecito have won their appeal against their conviction in 2009 of killing their British roommate Meredith Kercher in Perugia, Italy in 2007. The pair had served nearly four years in jail after initially being sentenced to 26 and 25 years respectively. (Photo by Tiziana Fabi – Pool/Getty Images) 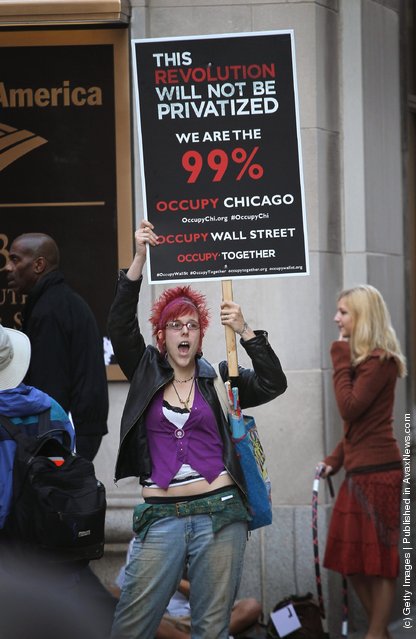 A demonstrator with Occupy Chicago protests outside the Bank of America building October 3, 2011 in Chicago, Illinois. The protest is one of many around the country held in solidarity with the Occupy Wall Street protests currently taking place in New York City. The demonstrators are protesting what they believe is greed and corruption among banking and business leaders. (Photo by Scott Olson/Getty Images) 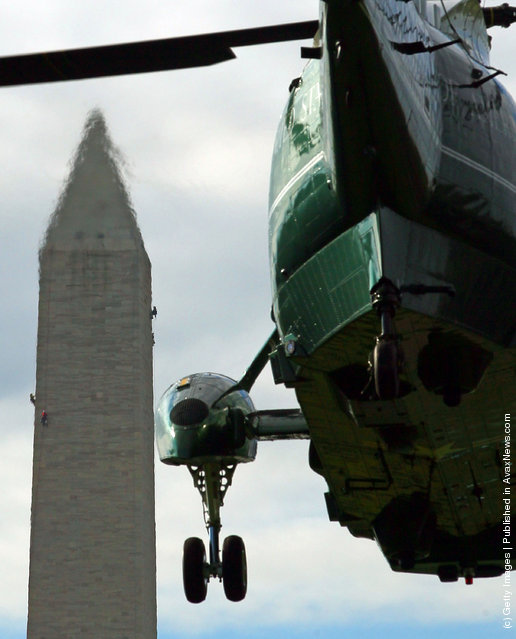 U.S. President Barack Obama walks toward Marine One while departing the White House, on October 4, 2011 in Washington, DC. Obama is traveling to St. Louis and Dallas to talk about the Jobs Act and attend fundraising events. (Photo by Mark Wilson/Getty Images) 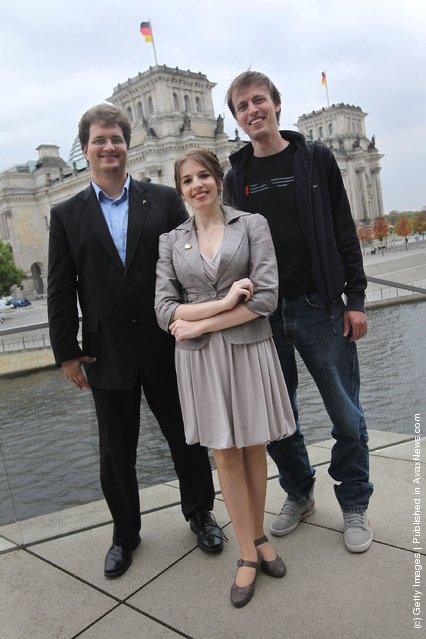 (From L to R) Piratenpartei (Pirate Party) Chairman Sebastian Nerz, Managing Director Marina Weisband and Berlin head Andreas Baum pose for a brief photo in front of the Reichstag, seat of the Bundestag, on October 5, 2011 in Berlin, Germany. The Piratenpartei is seeking to capitalize on its recent success in Berlin city elections as recent nationwide polls indicate that 8% of the German population would supoort the party in federal elections. (Photo by Sean Gallup/Getty Images) 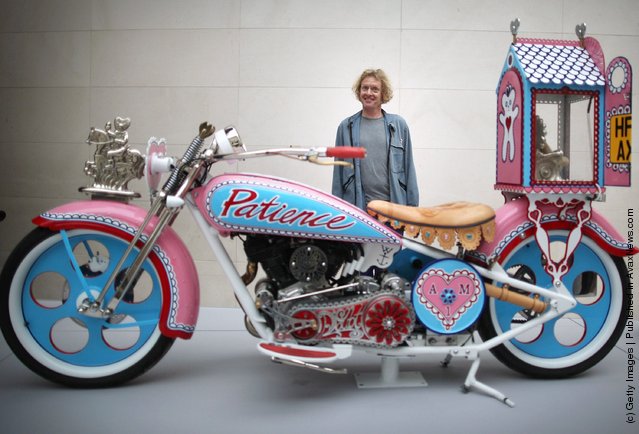 Grayson Perry stands with his “Kenilworth AM1” customised motorbike at The Tomb of the Unknown Craftsman exhibition at the British Museum on October 5, 2011 in London, England. British artsist Grayson Perry has created this exhibition to showcase his new works alongside objects made by unknown men and women throughout history from the British Museum's collections. (Photo by Peter Macdiarmid/Getty Images) 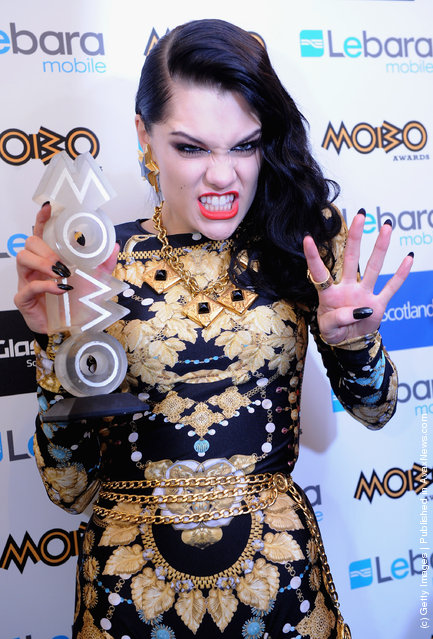 Jessie J poses with one of her four awards during the MOBO Awards 2011 at the SECC on October 5, 2011 in Glasgow, Scotland. (Photo by Sandy Young/Getty Images) 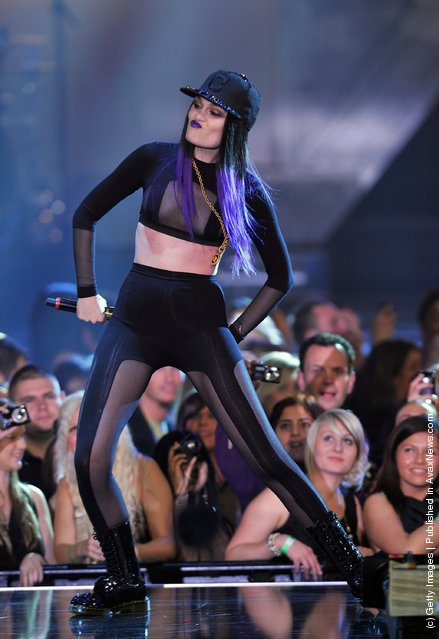 Singer Jessie J performs on stage during the MOBO Awards 2011 at the SECC on October 5, 2011 in Glasgow, Scotland. (Photo by Gareth Cattermole/Getty Images) 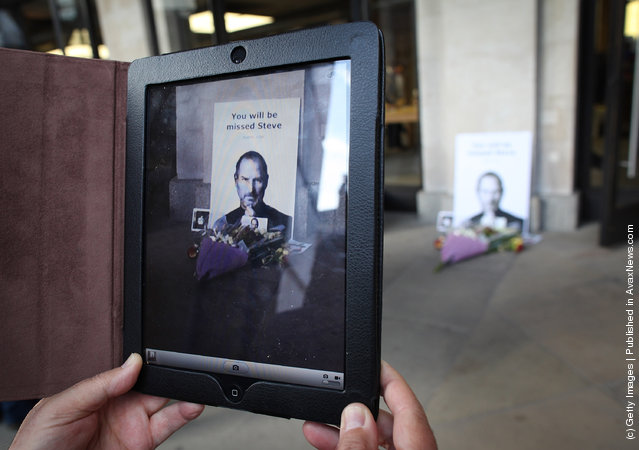 A man uses an ipad to photograph tributes to Apple Computer co-founder Steve Jobs outside The Apple Store in Covent Garden on October 6, 2011 in London, England. Jobs, 56, passed away after a long battle with pancreatic cancer. (Photo by Peter Macdiarmid/Getty Images) 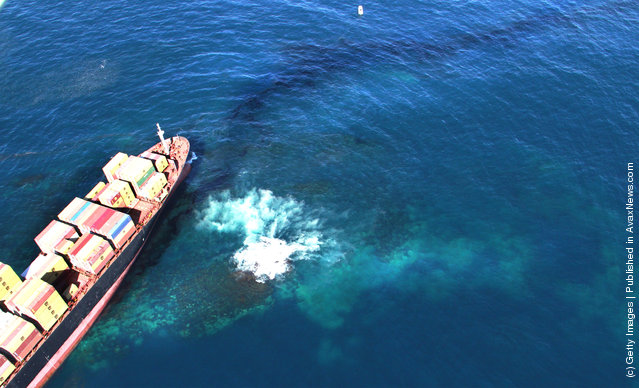 The Liberian cargo ship, Rena, is foundering 13.5 nautical miles off on October 6, 2011 off the coast of Tauranga, New Zealand. Reports of an oil sheen have been spotted on the surface of the water surrounding the ship and two penguins have been found covered in oil. (Photo by SUNLIVE New Zealand/Getty Images)
Edit Del
07 Oct 2011 10:11:00, post received 0 comments
Publication archive:
←   →
Popular tags:
All tags
Last searches: