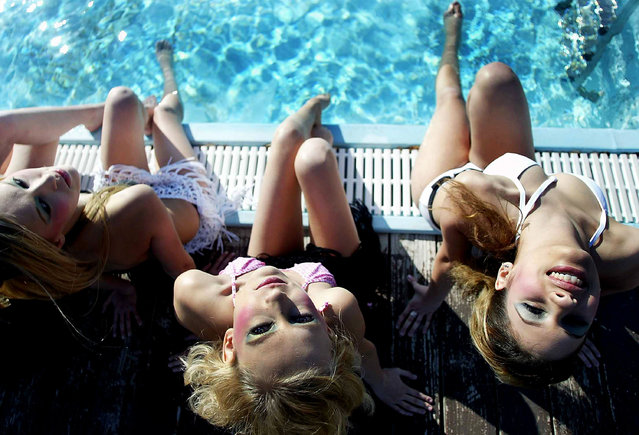 Israeli models enjoy the unusually warm weather as they pose during a photo-shoot at a rooftop swimming pool to promote the first Israeli fashion week, March 8, 2004 in Tel Aviv, Israel. (Photo by Uriel Sinai/Getty Images) 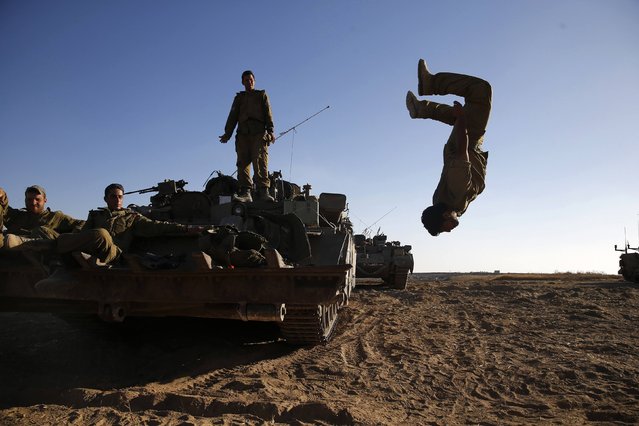 An Israeli soldier somersaults from an armoured personnel carrier (APC) stationed on a field outside the central Gaza Strip July 11, 2014. Prime Minister Benjamin Netanyahu said on Friday Israel has attacked more than 1,000 targets during a four-day-old offensive against Gaza militants and that “there are still more to go”. (Photo by Baz Ratner/Reuters) 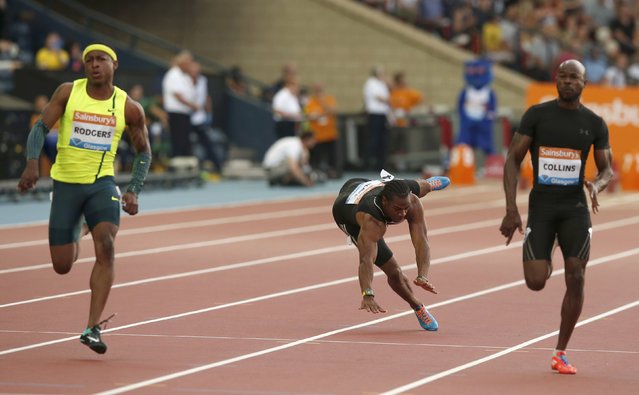 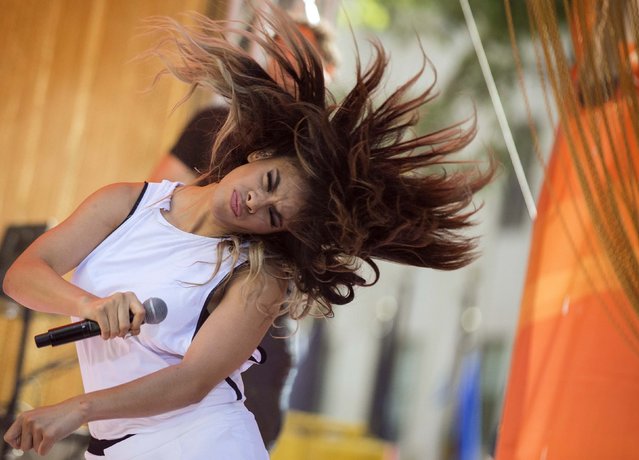 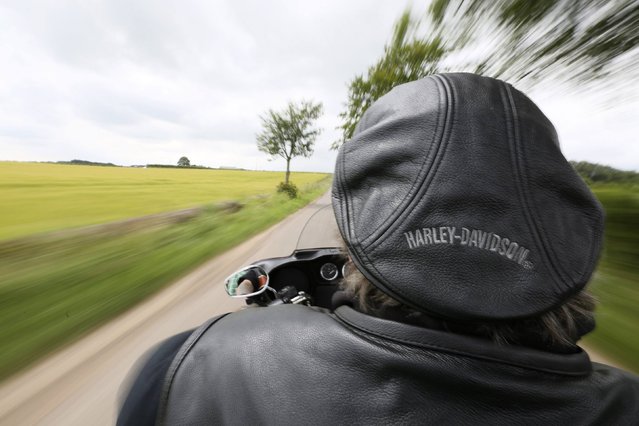 Harley Davidson enthusiast Wolfie rides through the Angus countryside, Scotland, July 12, 2014. Hundreds of bikers left Brechin Castle for a ride out past the Davidson cottage, three miles outside Brechin, just outside the village of Aberlemno. It was from this tiny cottage that Sandy Davidson, a local blacksmith, emigrated to America where three of his grandchildren along with Arthur Harley, became the founding members of the Harley-Davidson Motor Cycle Company. (Photo by Paul Hackett/Reuters) 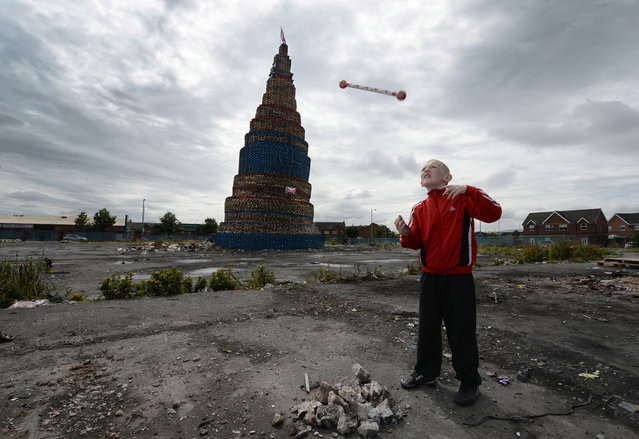 Curtis Walker throws his protestant band baton beside a Loyalist pyre on Lanark Way as final preparations are made for the 11th night bonfire, on July 11, 2014 in Belfast, Northern Ireland. The bonfire at Lanark Way, the tallest in Northern Ireland, stands at over 200ft high and is made of pallets gathered by Loyalists to mark the beginning of the annual 12th of July Orange parade. The parade's celebrate the protestant King William of Orange's victory over the catholic English King James II at the Battle of the Boyne in 1690. (Photo by Charles McQuillan/Getty Images) 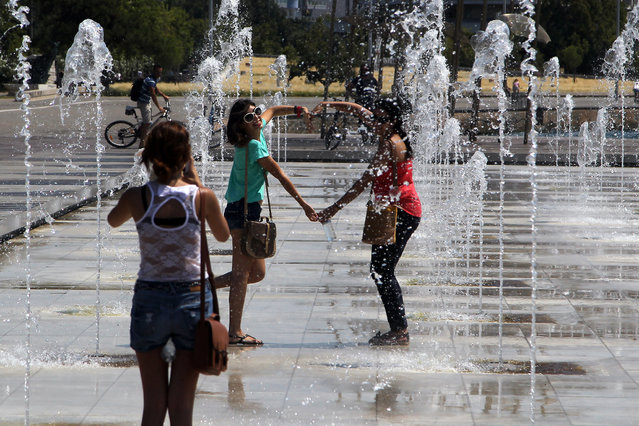 Tourists take photographs of themselves in the middle of water jets in a public fountain at the sea-front, in the northern Greek port of Thessaloniki, Monday, July 7, 2014. Temperatures are predicted to reach 36 degrees Celsius (96.8 Fahrenheit) in Greece. (Photo by Nikolas Giakoumidis/AP Photo) 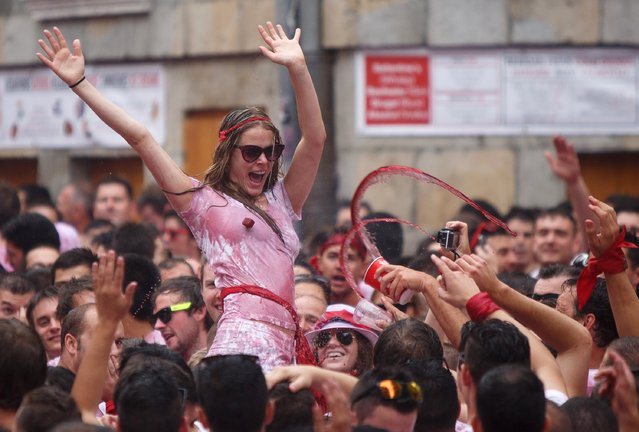 Revellers cheer and throw red wine during the opening and the firing of the “Chupinazo” rocket which starts the 2014 Festival of the San Fermin Running of the Bulls on July 6, 2014 in Pamplona, Spain. The annual Fiesta de San Fermin, made famous by the 1926 novel of US writer Ernest Hemmingway entitled “The Sun Also Rises”, involves the daily running of the bulls through the historic heart of Pamplona to the bull ring. (Photo by Pablo Blazquez Dominguez/Getty Images) 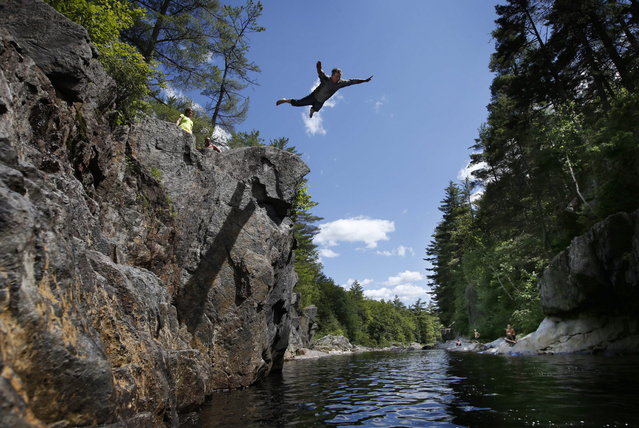 Russell Keene, 52, of Livermore Falls, Maine, does a swan dive into the Swift River off a cliff at Coos Canyon in Byron, Maine. The canyon is considered one of the premier swimming holes in the U.S. (Photo by Robert F. Bukaty/AP Photo) 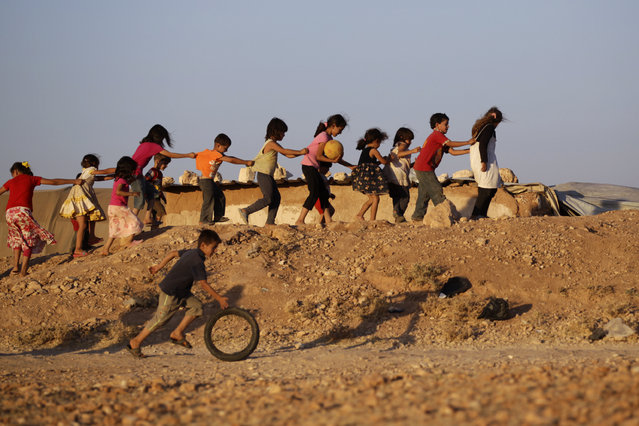 Children, who are internally displaced due to the fighting between rebels and the forces of Syrian President Bashar al-Assad, play inside Al-Tah camp in the southern Idlib countryside July 4, 2014. (Photo by Khalil Ashawi/Reuters) 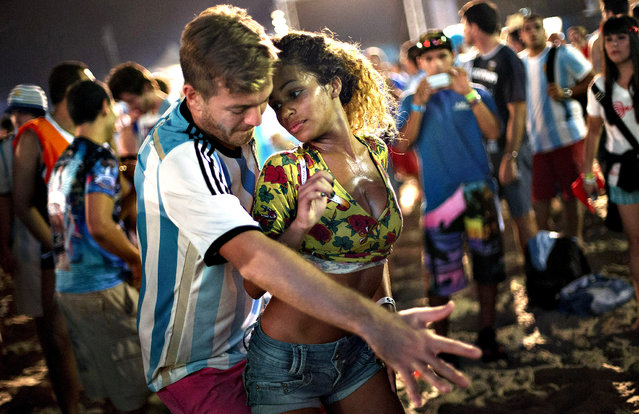 A woman from Brazil and a man from Argentina dance samba at the World Cup Fan Fest 2014, on Copacabana beach, in Rio de Janeiro, Brazil, Wednesday, July 9, 2014. The flood of foreign football fans, the vast majority of them men, has been a boon for the single ladies of Brazil, where a demographic imbalance means women outnumber men by more than 4 million nationally. (Photo by Silvia Izquierdo/AP Photo) 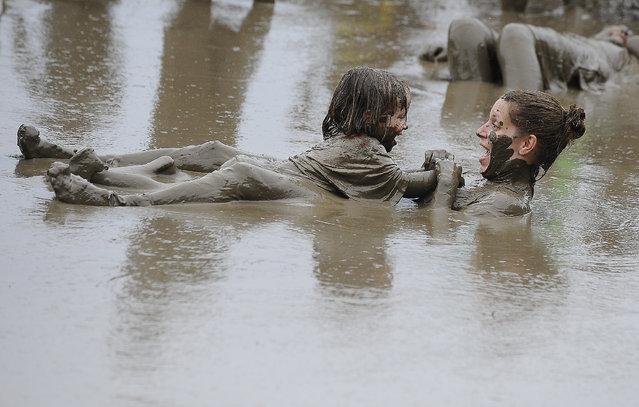 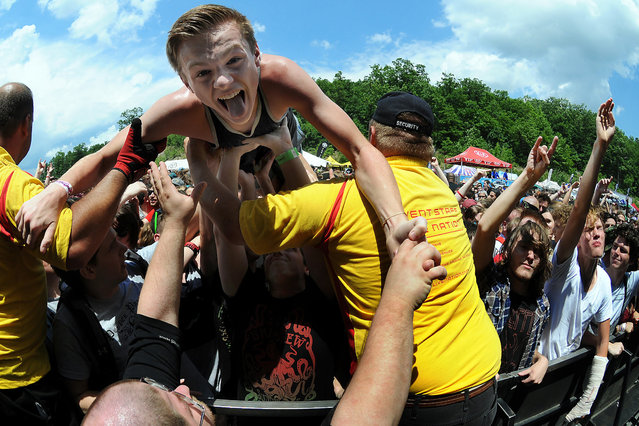 An excited fan is carried away by security personnel after crowd surfing to the music of the band Four Year Strong during the Vans Warped Tour at the Toyota Pavilion at Montage Mountain in Scranton, on Jule 9, 2014. (Photo by Butch Comegys/The Scranton Times-Tribune/Associated Press) 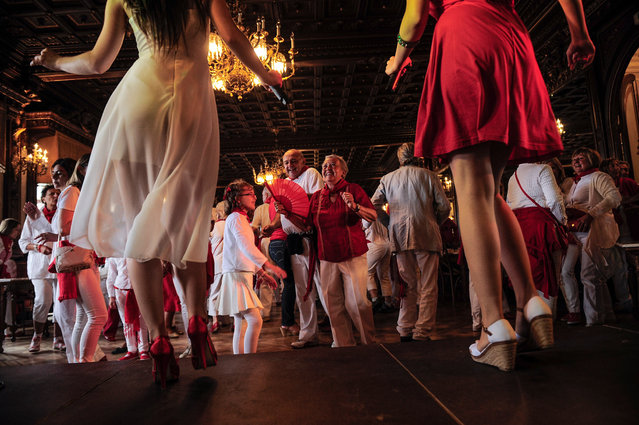 People dance at the San Fermin festival, in Pamplona, Spain, on Jule 11, 2014. Revelers from around the world arrive to Pamplona every year to take part in some of the eight days of the running of the bulls. (Photo by Alvaro Barrientos/Associated Press) 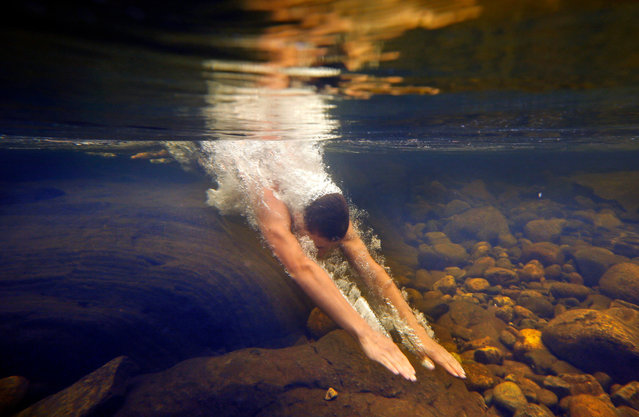 Russell Norris, 15, of Tylertown, Miss., dives into the chilly Swift River at Coos Canyon in Byron, Maine, on Jule 11, 2014. The canyon is considered one of the premier swimming holes in the U.S. (Photo by Robert F. Bukaty/Associated Press) 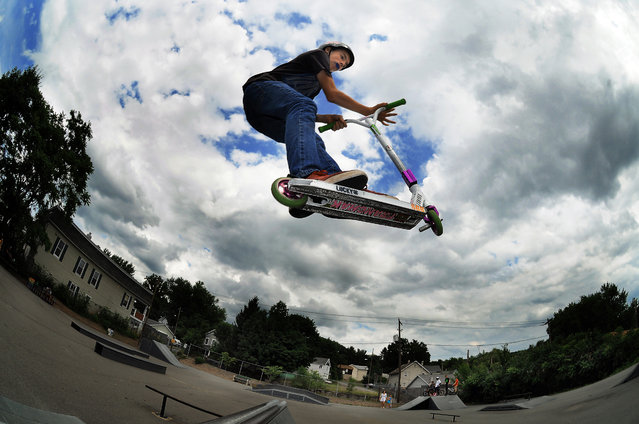