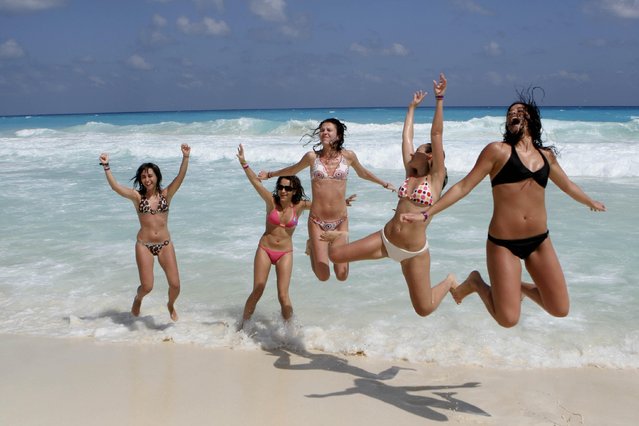 Students pose for a pictures taken by their friends during spring break on the beach in the resort city of Cancun, Mexico, February 27, 2009. (Photo by Israel Leal/AP Photo) 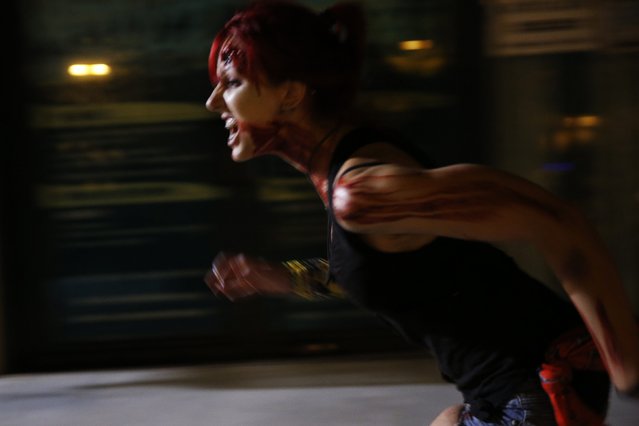 A zombie charges at survivors in the “Survival Zombie” competition in Collado Villalba, outside Madrid, September 7, 2014. According to the back-story of the “Survival Zombie” contest, participants, who signed up as survivors, are trapped for a night in a city that has been infected with a virus that causes humans to turn into zombies. The objective of the game is for the survivors to stay alive until morning by avoiding getting touched by a zombie. In order to do so, the contestants need to find clues that will help them reach a safe haven, the end point of the contest. Survivors are not allowed to attack the zombies, a role made up of other players as well as members of the contest organization, so their only means of survival is by avoiding them. A single touch of a zombie eliminates the player, but they can return as zombies after getting made up, so that they can continue playing. A group of actors dressed as soldiers are also involved in the game, helping some players against the zombies or making it harder for others to solve the clues to survive. (Photo by Susana Vera/Reuters) 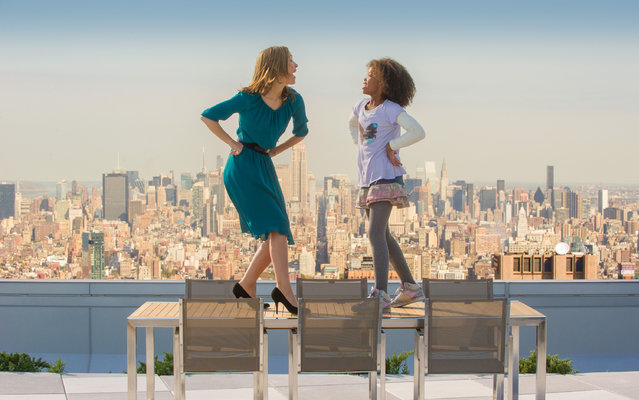 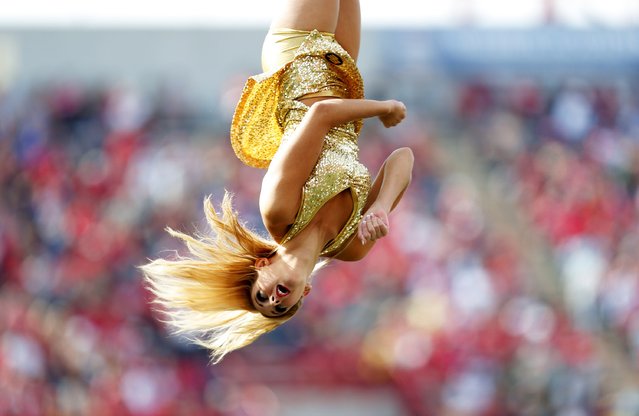 A cheerleader for the Edmonton Eskimos goes flying through the air while they played the Calgary Stampeders during their CFL football game September 1, 2014 at McMahon Stadium in Calgary, Alberta, Canada. (Photo by Todd Korol/Getty Images) 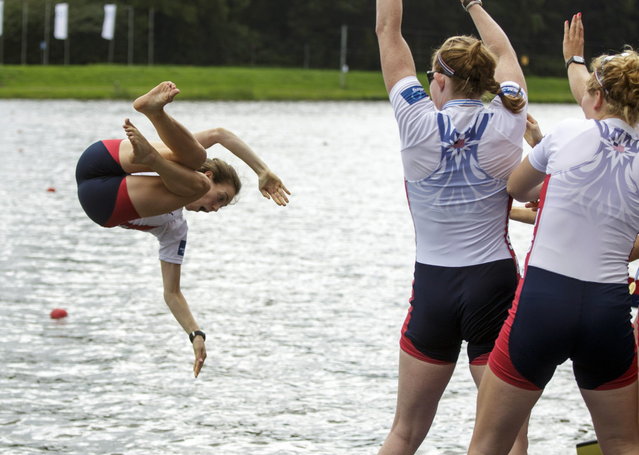 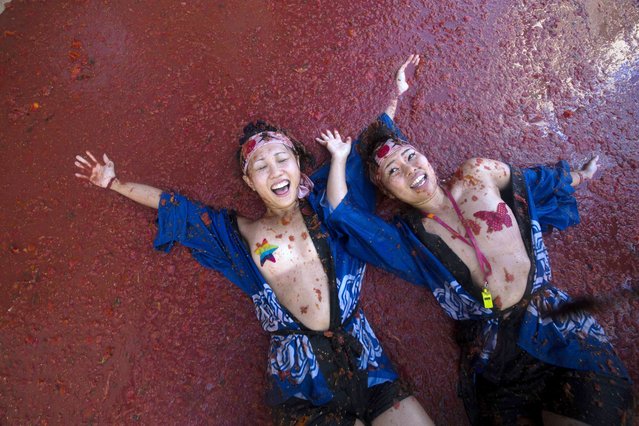 People lay in a puddle squashed tomatoes, during the annual “Tomatina” tomato fight fiesta in the village of Bunol, 50 kilometers outside Valencia, Spain, Wednesday, August 28, 2014. (Photo by Gustavo Grillo/EFE) 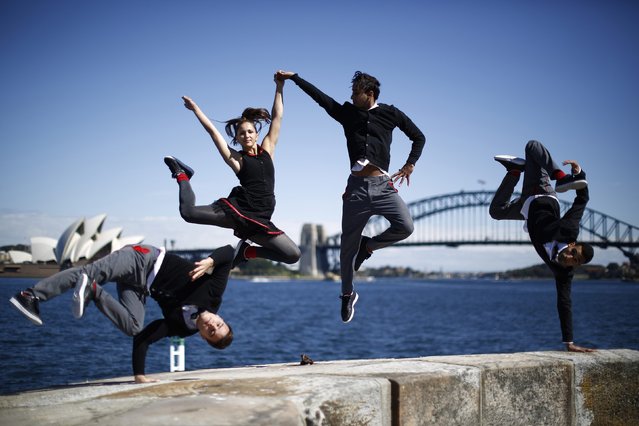 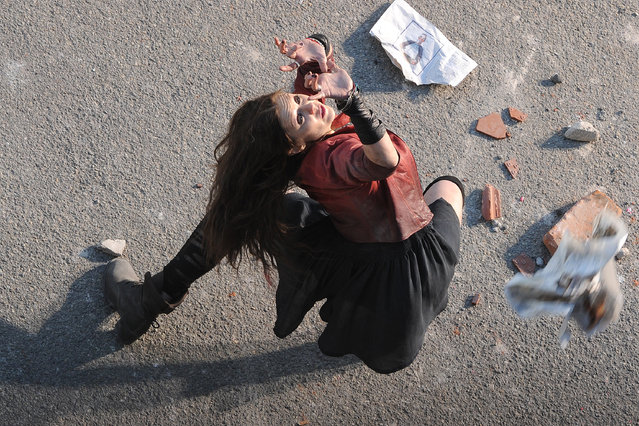 Elizabeth Olsen is seen filming on location for “Avengers: Age of Ultron” on March 24, 2014 in Aosta, Italy. (Photo by Photopix/Getty Images) 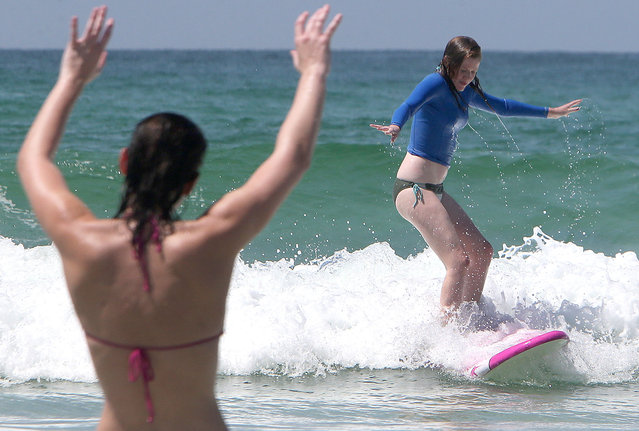