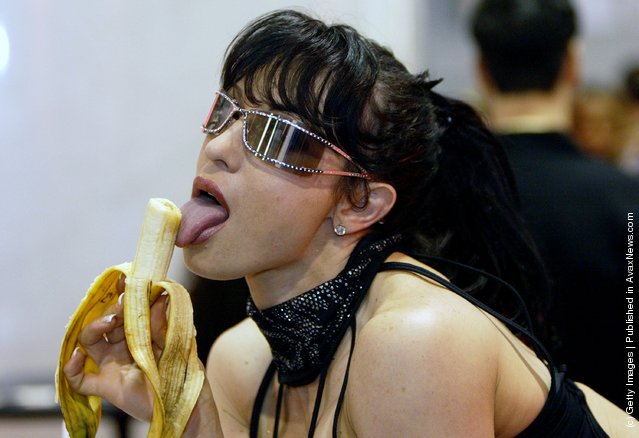 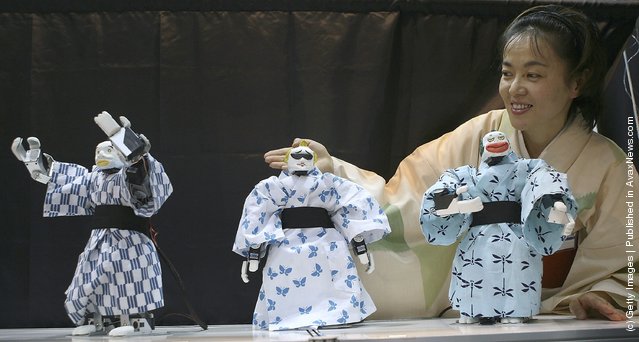 Dancing robot “Eco-robots” of iXs Research Corp perform Japanese dance during 2005 International Robot Exhibition on November 30, 2005 in Tokyo, Japan The Exhibition is on until December 3. (Photo by Koichi Kamoshida) 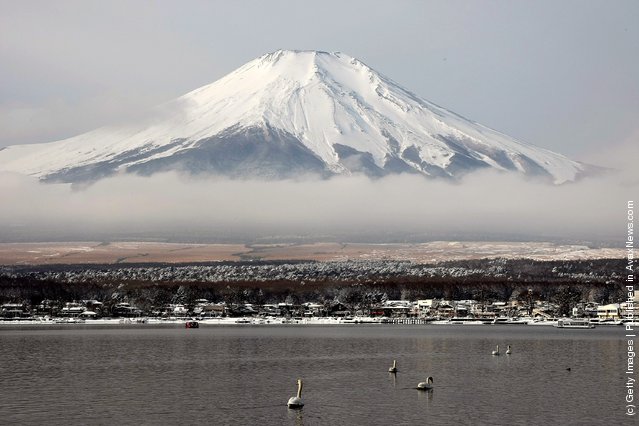 A scenic view of Mt. Fuji is seen from Yamanakako Lake on January 22, 2008 in Yamanashi, Japan. (Photo by Koichi Kamoshida/Getty Images) 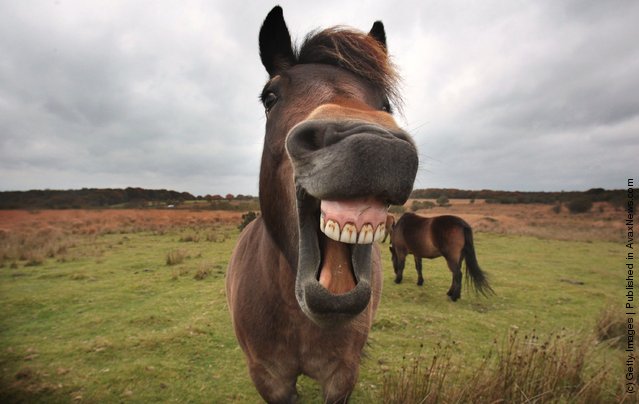 Exmoor ponies graze close to where the it has been reported that the “Emperor of Exmoor” was last seen after being shot dead by an unnamed but licensed hunter, on October 29, 2010 in Rackenford, England. Although it has been claimed that the red deer, thought to be one of Britain's largest wild animals, at 300lb and almost 9ft tall – was shot by trophy hunters for his antlers valued at anything up to 10,000 GBP – no body has been seen, prompting rumours that he may not be dead after all. (Photo by Matt Cardy/Getty Images) 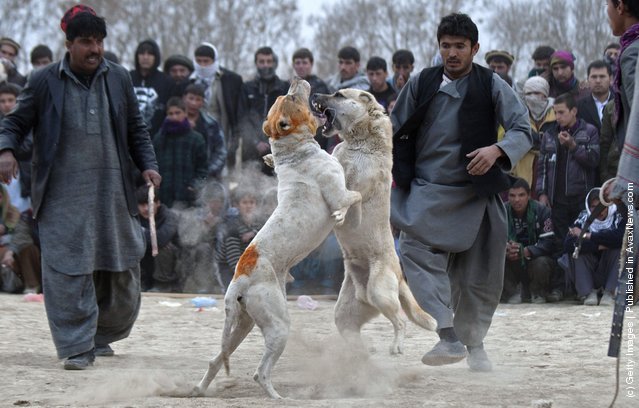 Afghan spectators watch as two fighting dogs attack each other during the weekly dog fights on January 07, 2011 Kabul, Afghanistan. Dogfighting was banned under the Taliban for being un-Islamic but it is now common practice. (Photo by Majid Saeedi/GEtty Images) 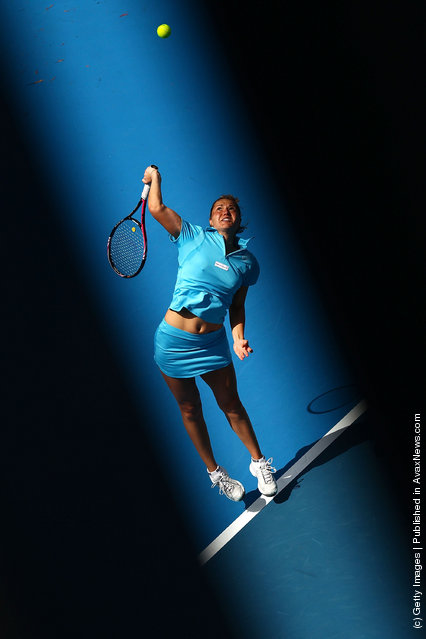 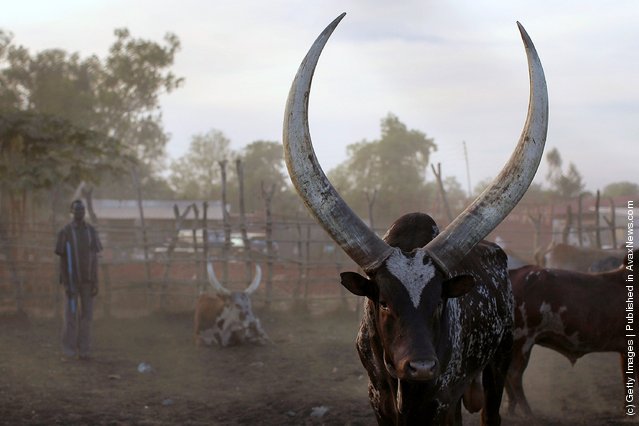 Cattle walk in a ring at a cattle market January 12, 2011 in Juba, Sudan. South Sudan, one of the world’s poorest regions, is participating in an independence referendum following a historic 2005 peace treaty that brought to an end decades of civil war between the Arab north and predominantly Christian and animist south. The south is expected to vote around 99 percent to secede from the north which will also give it a majority of Sudan’s oil. The result is expected to split Africa’s largest country in two. Over two million people were killed in the north-south civil war which began in the 1950`s. (Photo by Spencer Platt/Getty Images) 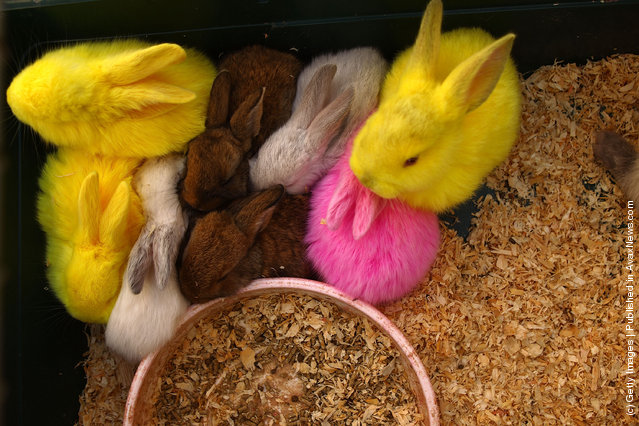 Color dyed rabbits are seen in the markets of the Souq Waqif on January 12, 2011 in Doha, Qatar. (Photo by Robert Cianflone/Getty Images) 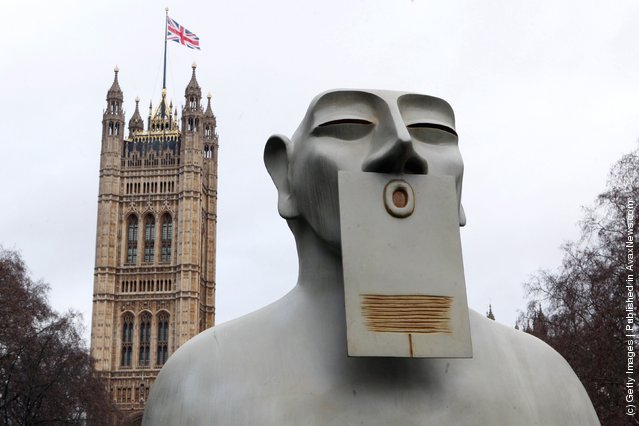 A series of sculptures entitled “Nuestros Silencios” (Our Silences) by Mexican artist Rivelino are installed in Victoria Tower Gardens on January 13, 2011 in London, England. The artwork comprises of 10 giant bronze busts each over 3 meters in height and weighting approximately one ton. The sculptures are being displayed in several cities as part of a European tour to celebrate the bicentenary of Mexican Independence and the centenary of the Mexican Revolution. (Photo by Oli Scarff/Getty Images) 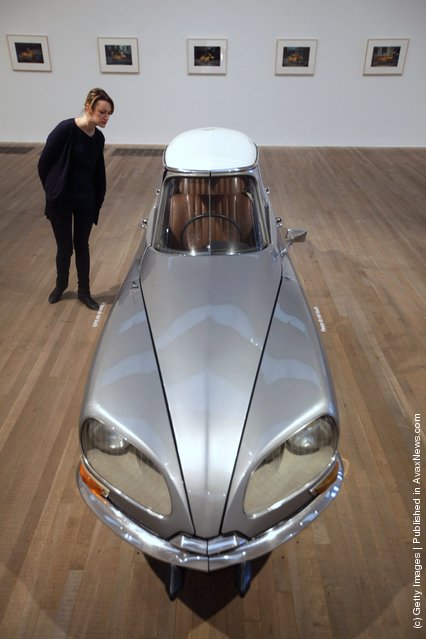 A Tate Modern gallery employee poses for a photograph next to a piece of work entitled “La DS”, a modified classic Citroen DS car, by Mexican Artist Gabriel Orozco, at Tate Modern on January 18, 2011 in London, England. (Photo by Dan Kitwood/Getty Images) 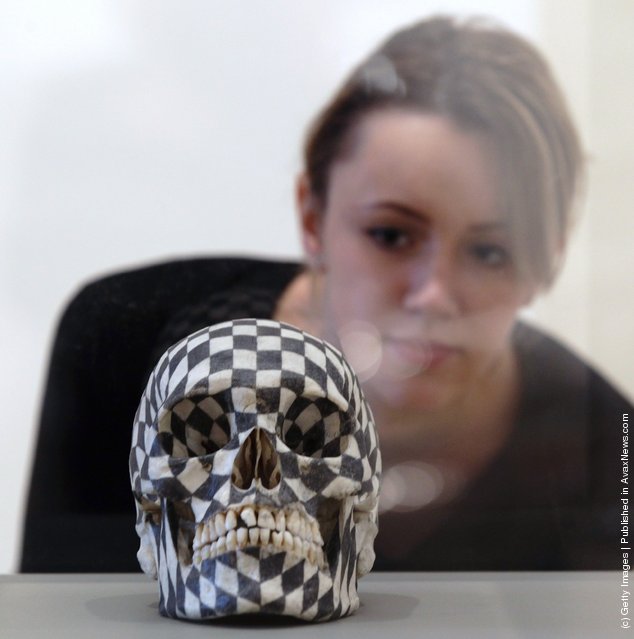 A Tate Modern gallery employee poses for a photograph next to a piece of work entitled “Black Kites” by Mexican Artist Gabriel Orozco, at Tate Modern on January 18, 2011 in London, England. (Photo by Dan Kitwood/Getty Images) 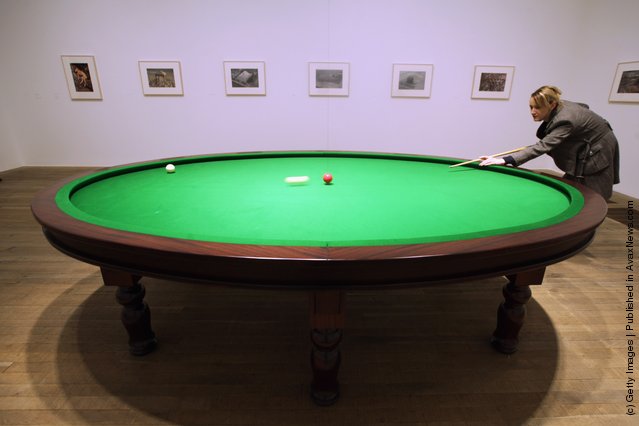 A Tate Modern gallery employee poses for a photograph next to a piece of work entitled “Carambole with Pendulum” by Mexican Artist Gabriel Orozco, at Tate Modern on January 18, 2011 in London, England. (Photo by Dan Kitwood/Getty Images) 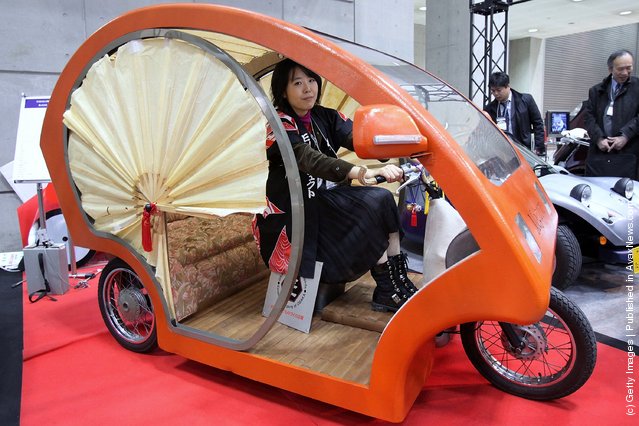 A staff member of Yodogawa Co., Ltd. poses with the company's three-wheeled electric vehicle Meguru during the EV JAPAN, part of the Automotive World 2011, at Tokyo Big Sight on January 19, 2011 in Tokyo, Japan. (Photo by Kiyoshi Ota/Getty Images) 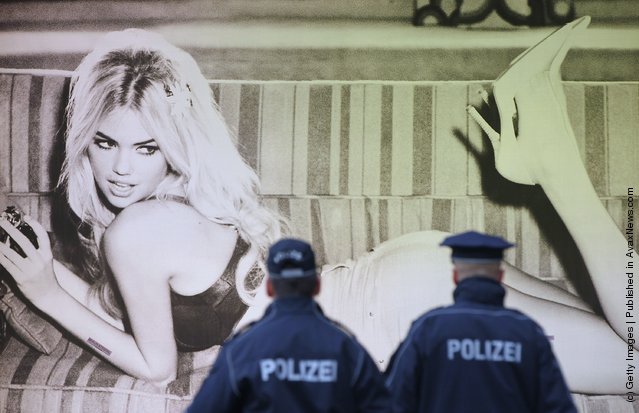