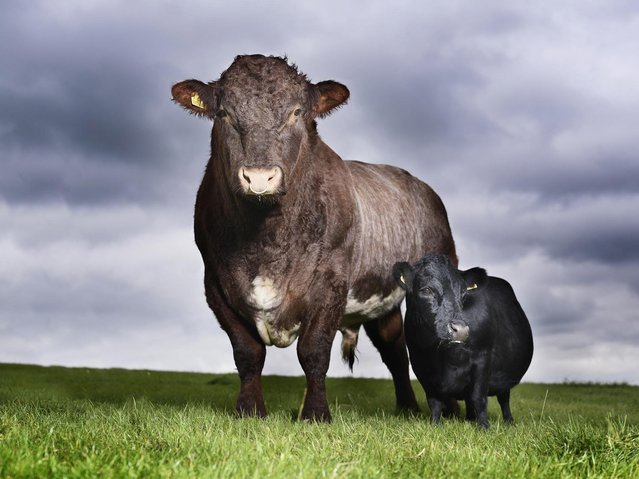 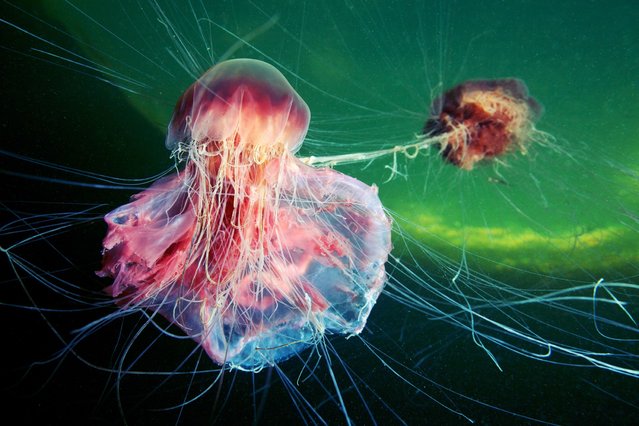 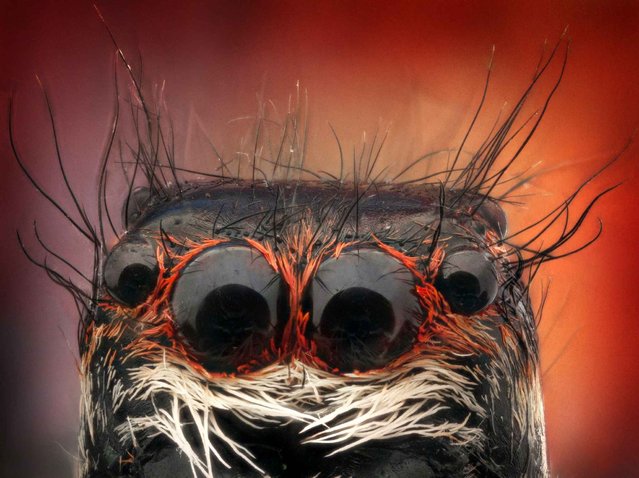 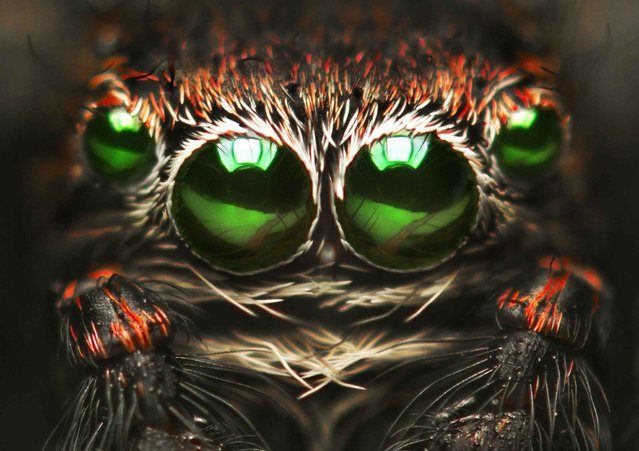 The pictures were taken by photographer Jorge Farfan and reveal the spiders’ bright colours. The 33-year-old captured the jumping, wolf, and lycosa spiders in a riverside field near his home in La Coruna, Spain. (Photo by Jorge Fardels/Solent News/SIPA Press) 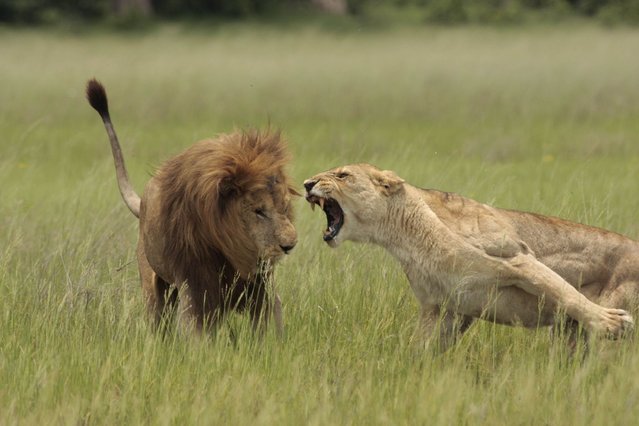 A lioness lunges for a male in Botswana. (Photo by Lee Whittam/Barcroft Media) 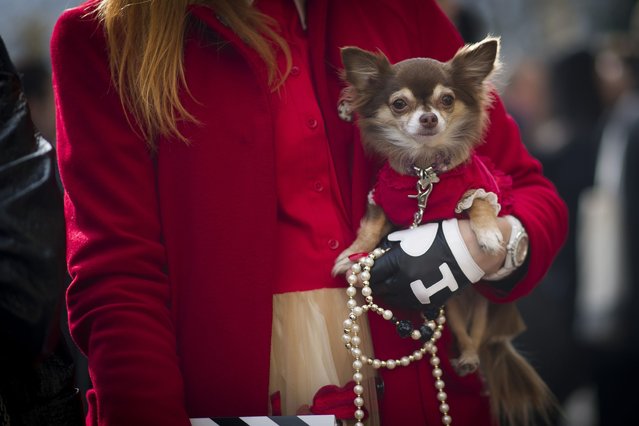 A guest seen carrying a dog outside the Chanel show with a dog on March 4, 2014 in Paris, France. (Photo by Timur Emek/Getty Images) 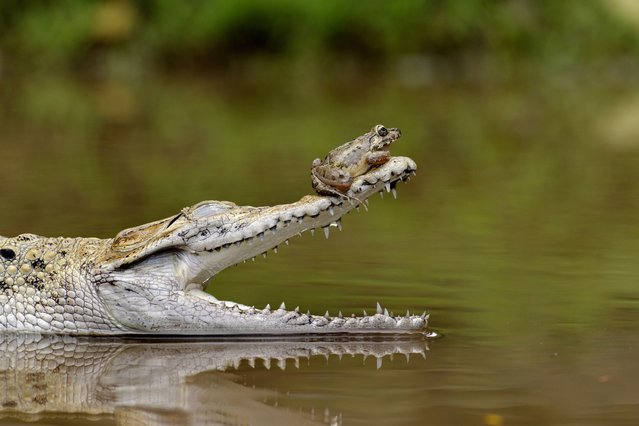 Perched on the nose of a crocodile, this brave frog probably won't realise just how much of a lucky escape it's had. (Photo by Fahmi Bhs/Solent News & Photo Agency) 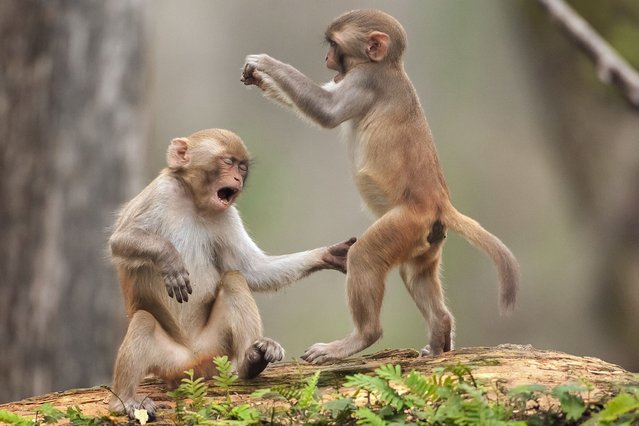 Two young monkeys got a clip round the ear from their mum – after taking their wrestling playtime too far and hurting each other. (Photo by Caters News) 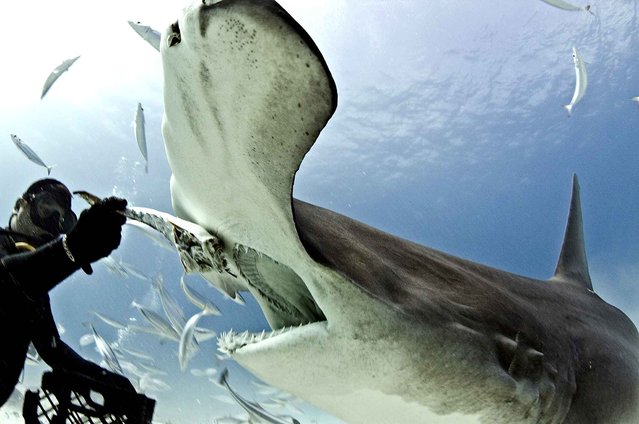 A brave diver had a close encounter with a hammerhead shark in the Bahamas. Diver Eli Martinez bravely stood his ground after having the close encounter off Bimini Island. Pictures show Martinez hand feeding the dangerous shark. (Photo by Paul Spielvogel/Caters News) 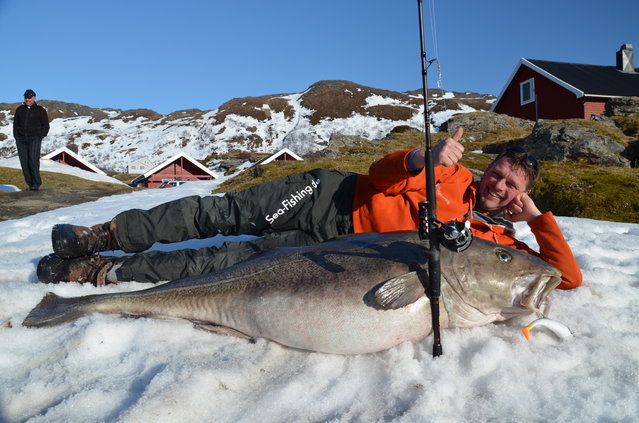 An angler is celebrating after breaking the record for catching the world's biggest ever cod. The mighty fish weighed in at 103lbs, smashing the previous and long-held world record by nearly 5lbs. And the biggest specimen of Britain's favourite eating fish to be pulled out of the water by rod and line was caught by a German. Michael Eisele was on a fishing trip to Norway – the so-called El Dorado of cod fishing – when he snared the whopper. (Photo by Dieter Eisele/BNPS)
Edit Del
09 Mar 2014 04:57:00, post received 0 comments
Publication archive:
←   →
Popular tags:
All tags
Last searches: