Touching Simply Some Photos: In Flowers 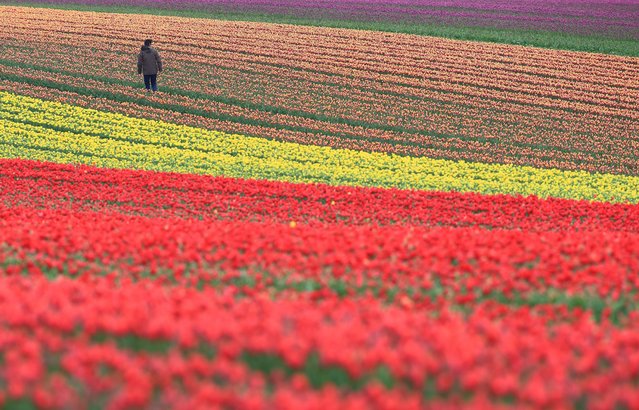 A worker stands in a tulip's field on April 15, 2014 in Schwaneberg, Germany. (Photo by Jens Wolf/AFP Photo/DPA) 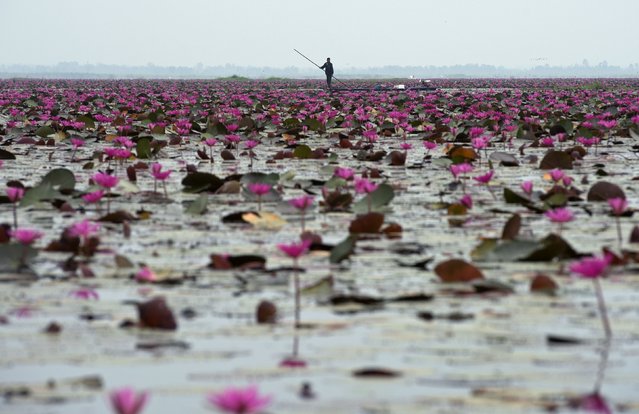 A Thai villager paddles boat as he fishing at lake in Udon Thani province on April 4, 2014. (Photo by Pornchai Kittiwongsakul/AFP Photo) 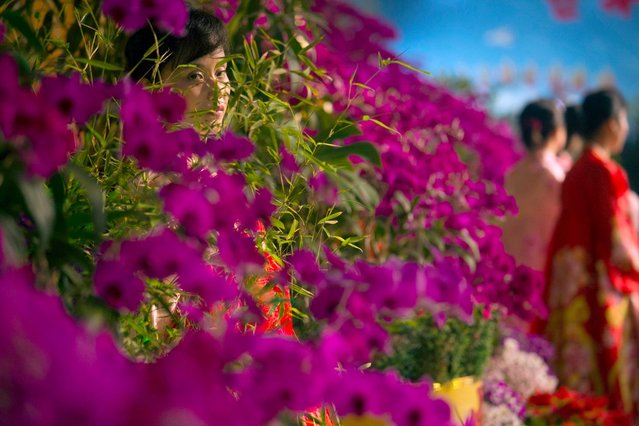 North Korean women in colorful traditional dresses are surrounded by flower blossoms known as “Kimilsungia” as they wait to guide guests at a flower exhibition in Pyongyang, North Korea, April 14, 2014. The flowers, named after Kim Il Sung, are on display to celebrate the late leader's official birth date of April 15, 1912. (Photo by David Guttenfelder/AP Photo) 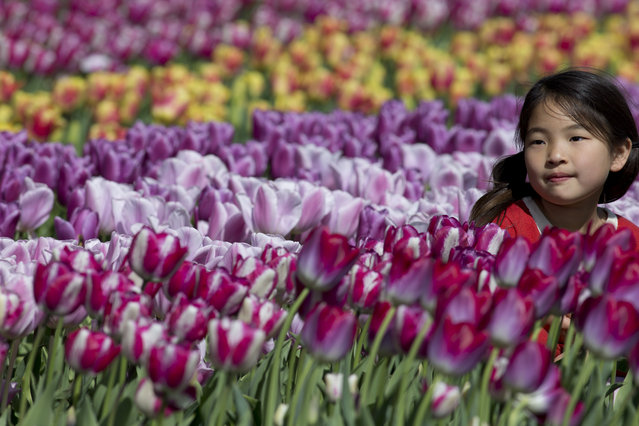 A girl poses in a sea of tulips at Keukenhof , in Lisse, near Amsterdam, Netherlands, Thursday, April 17, 2014. Keukenhof, one of the best known international attractions, is a showcase of the Dutch floricultural industry, with a special emphasis on flowering bulbs. Keukenhof is open from March 20 till May 18 2014, and is expected to attract over 800,000 visitors, admiring over 7 millions flowers. (Photo by Peter Dejong/AP Photo) 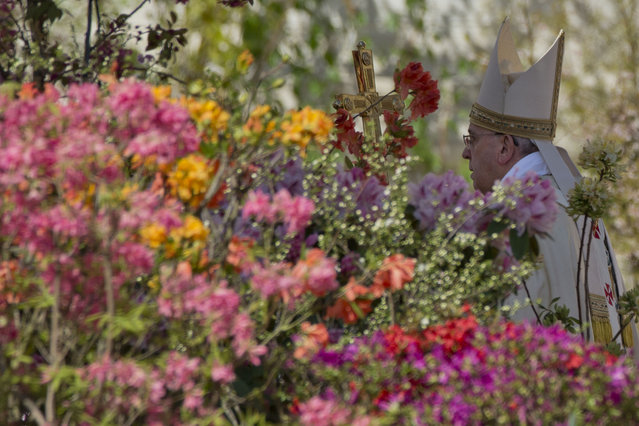 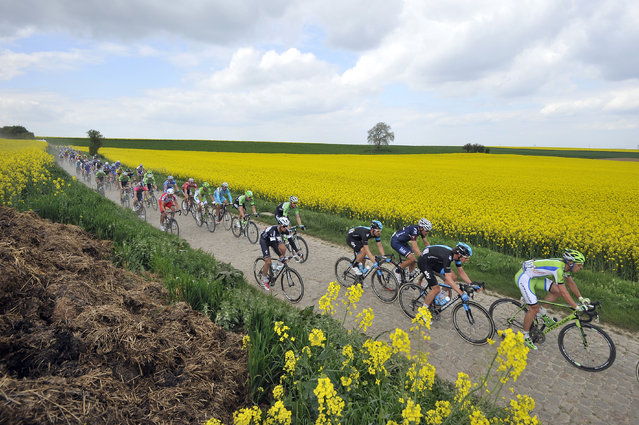 The pack in action during the 112th Paris Roubaix cycling race, in Roubaix, France, 13 April 2014. (Photo by Nicolas Bouvy/EPA) 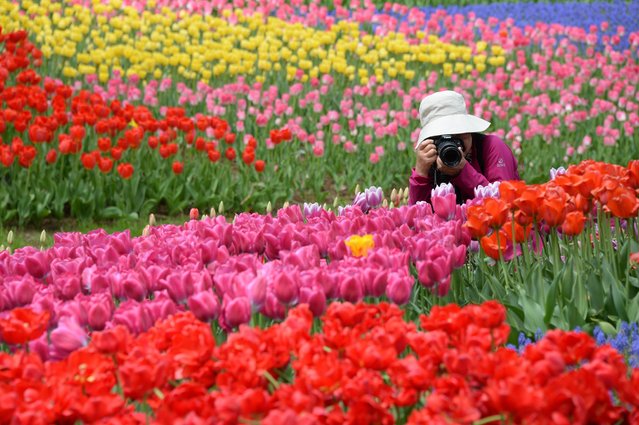 A woman takes pictures of colorful tulips in full bloom at Showa Kinen Park in Tokyo on April 19, 2014. (Photo by Toru Yamanaka/AFP Photo) 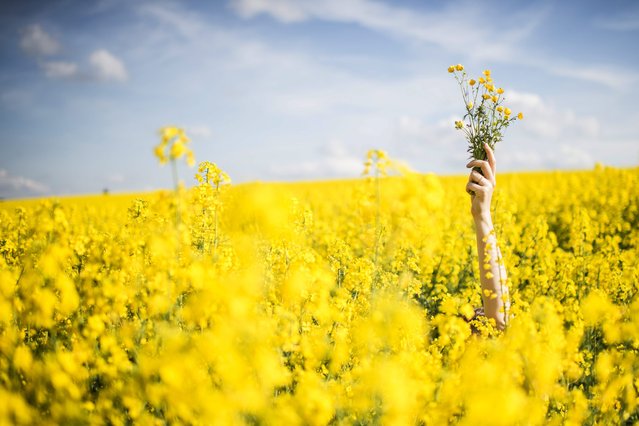 A woman raises a bunch of flowers picked in a colza field in Diessenhofen, Switzerland, 26 April 2014. (Photo by Ennio Leanza/EPA) 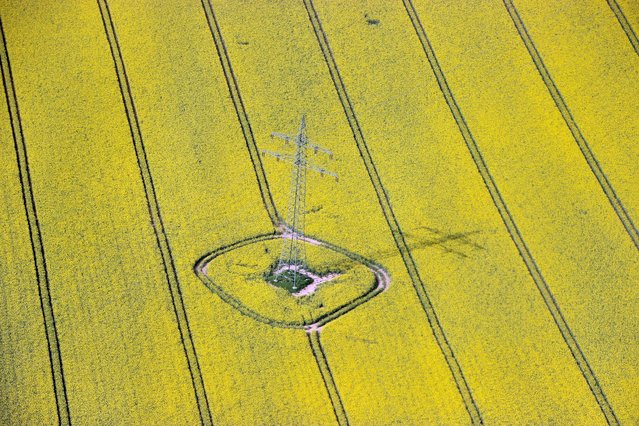 A photo made available 17 April 2014 shows a power pole standing in a field of yellow canola near Parensen, Germany, 16 April 2014. (Photo by Stefan Rampfel/EPA) 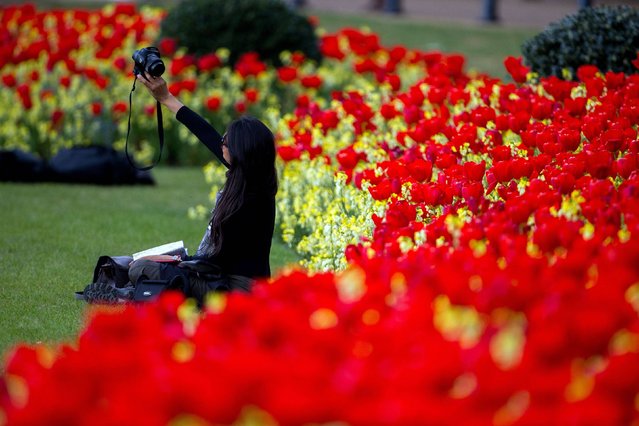 A woman takes a selfie in front of flowers in St James' Park, London, during fine weather, on April 21, 2014. (Photo by Steve Parsons/PA Wire) 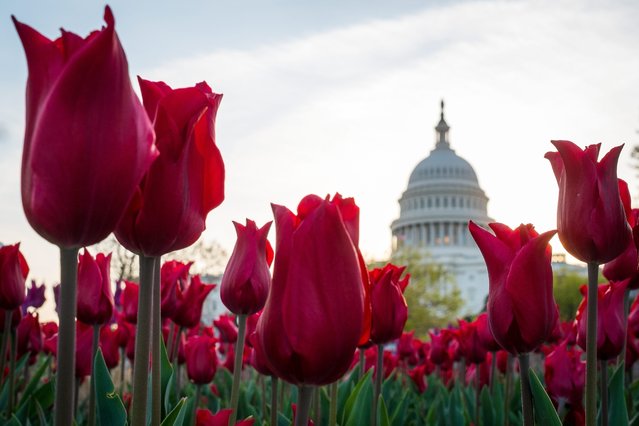 Tulips bloom in front of the Capitol in Washington, Tuesday, April 22, 2014. The annual burst of color around the Nation's Capital is a sure sign that spring has finally arrived. (Photo by J. David Ake/AP Photo) 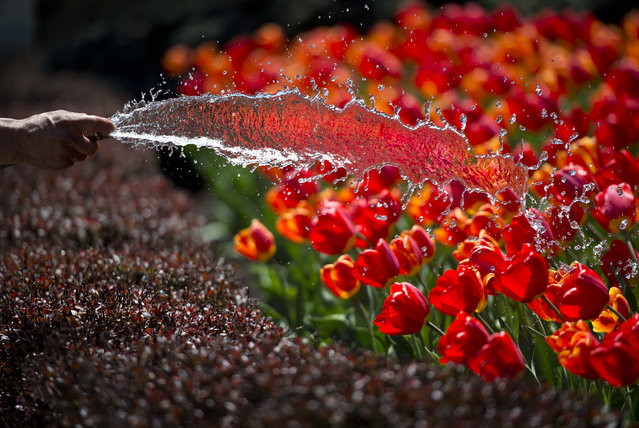