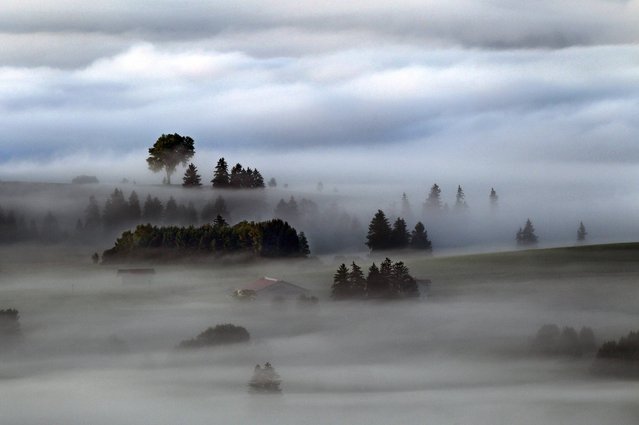 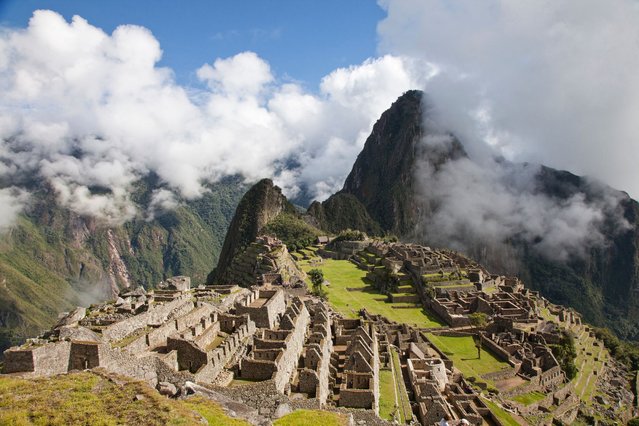 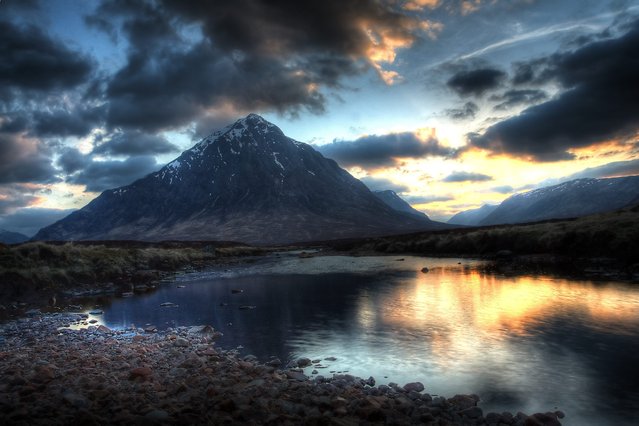 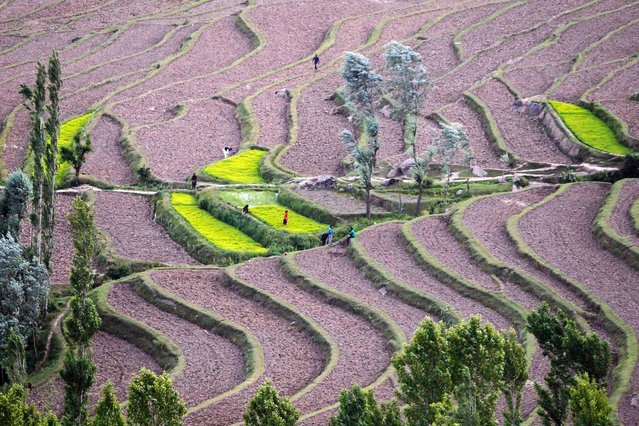 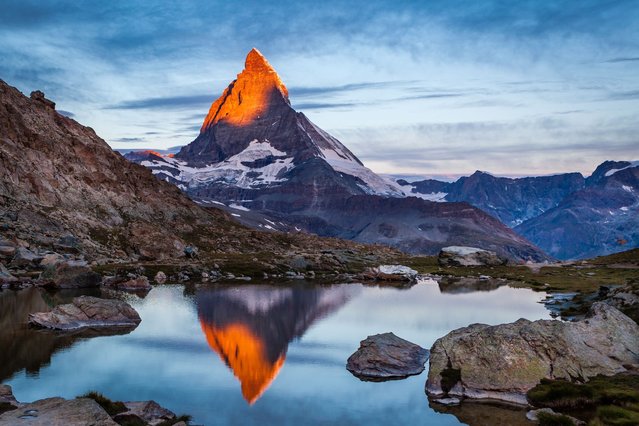 The summit of one of Europe's tallest mountains glows like the flame of a candle as the sun rises on a clear morning. The Matterhorn, famous for appearing on bars of Toblerone chocolate bars, reflects the vivid orange light at 5.37am. (Photo by Margarethe Jaeger/Solent News & Photo Agency) 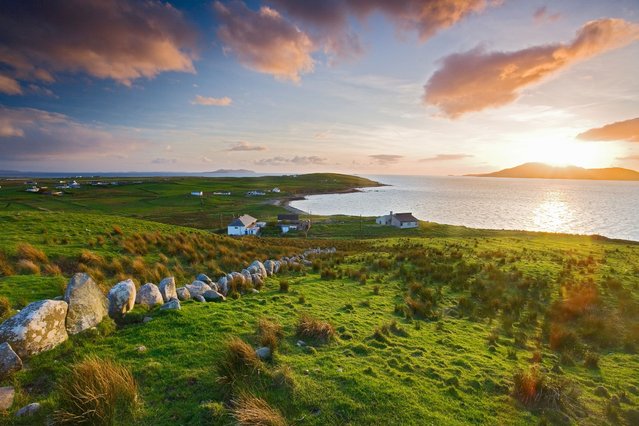 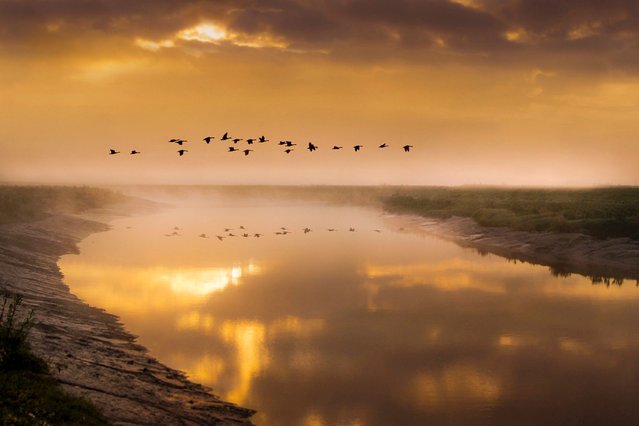 Against the golden glow of early sunrise, magnificent birds and loving horses create striking silhouettes in the salt marshes of Britain. (Photo by Adrian Campfield/Solent News) 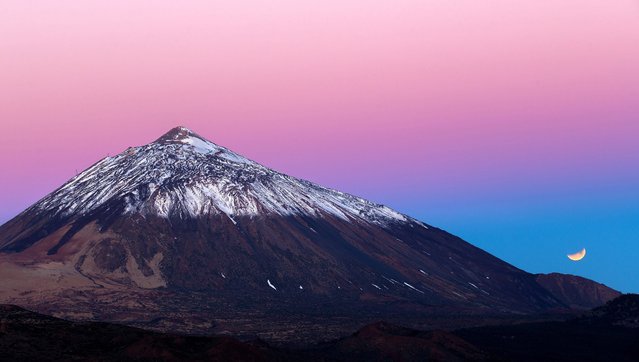 The first of four full lunar eclipses, which will take place at six-month intervals, is seen next to Mount Teide on Tenerife, Canary Islands, Spain, on April 15, 2014. (Photo by Daniel Lopez/Astrophysical Research Institute via European Pressphoto Agency) 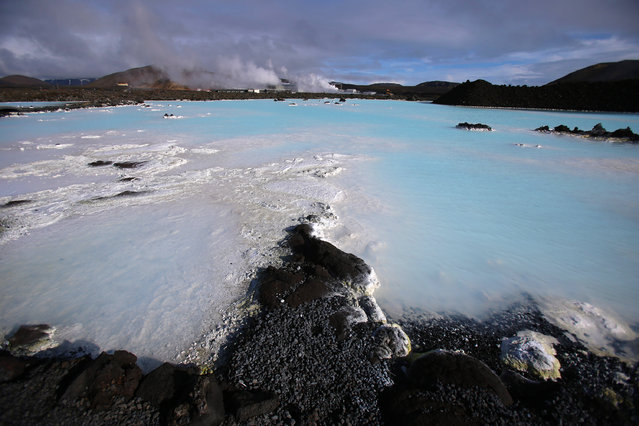 Sun shines on the surrounding geothermal waters at the Blue Lagoon close to the Icelandic capital on April 7, 2014 in Reykjavik, Iceland. Since the financial meltdown of 2008 which saw the Icelandic economy come close to collapse the island has been slowly recovering and unemployment levels are beginning to return to normal. (Photo by Matt Cardy/Getty Images) 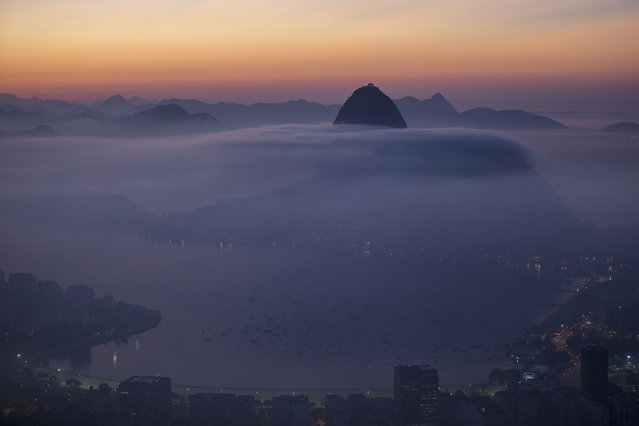 Sugarloaf Mountain and the Guanabara Bay are seen in a blanket of early morning fog as the sun begins to rise in Rio de Janeiro, Brazil, Friday, May 16, 2014. As opening day for the World Cup approaches, people continue to stage protests, some about the billions of dollars spent on the World Cup at a time of social hardship, but soccer is still a unifying force. The international soccer tournament will be the first in the South American nation since 1950. (Photo by Felipe Dana/AP Photo) 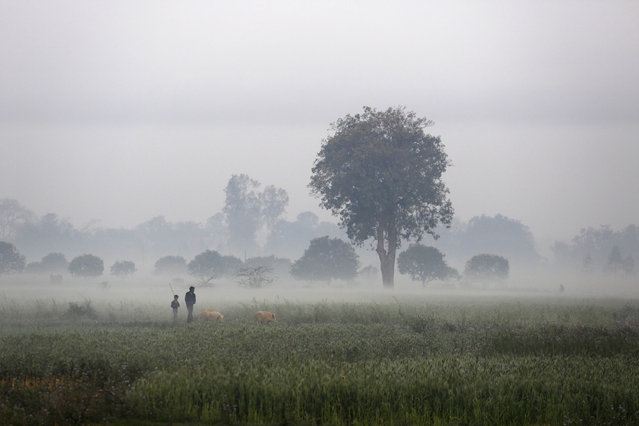 A man and a boy walk with their pigs in the morning mist at an agricultural field at village Kunda, outskirts of Allahabad, India, Wednesday, March 5, 2014. (Photo by Rajesh Kumar Singh/AP Photo) 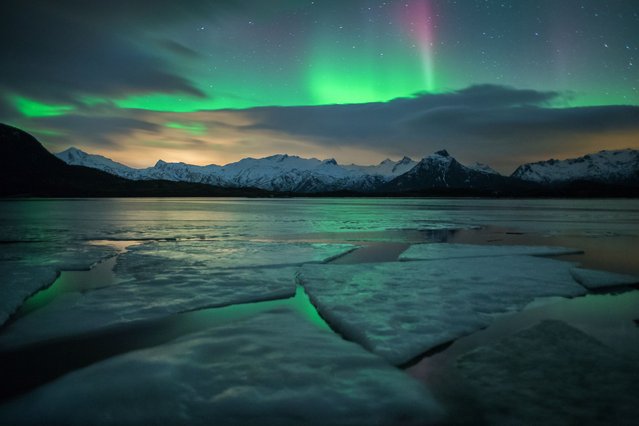 A frozen lake is transformed into a giant sheet of green as a spectacular Northern Lights show beams down onto the surface. (Photo by Christian Bothner/Solent News) 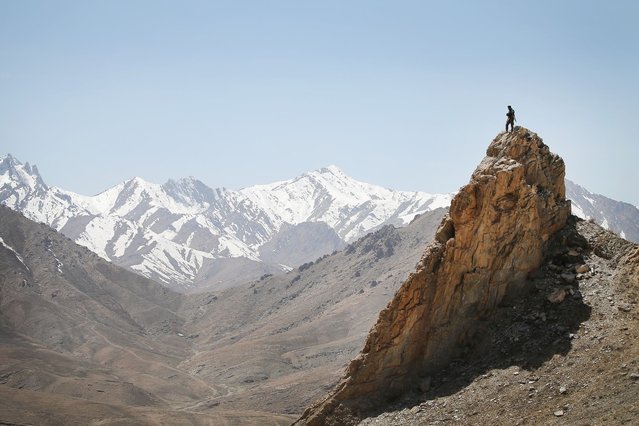