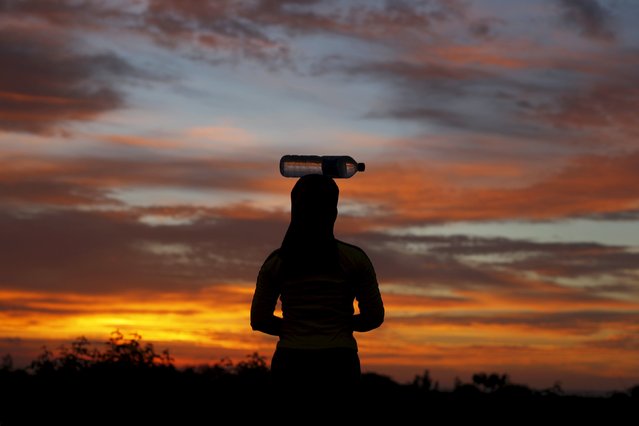 A Rohingya migrant woman, who arrived in Indonesia by boat, carries a bottle of drinking water inside a temporary compound for refugees in Kuala Cangkoi village in Lhoksukon, Indonesia's Aceh Province May 17, 2015. (Photo by Reuters/Beawiharta) 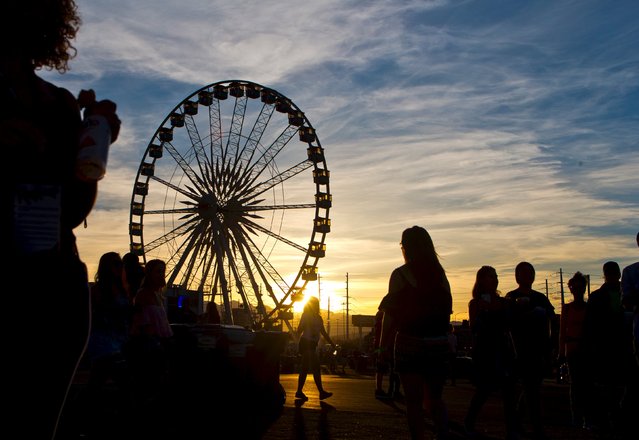 The sun sets behind a Ferris Wheel during the final day of the Rock in Rio USA concert in Las Vegas, Nevada May 16, 2015. (Photo by L. E. Baskow/Reuters) 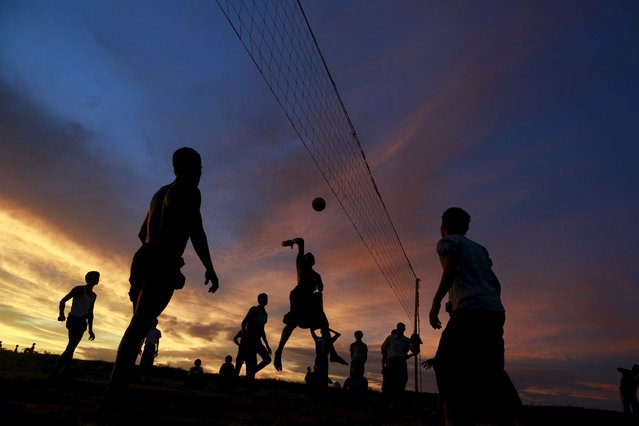 Rohingya Muslims play volleyball near a refugee camp outside Sittwe in Rakhine state May 19, 2015. (Photo by Soe Zeya Tun/Reuters) 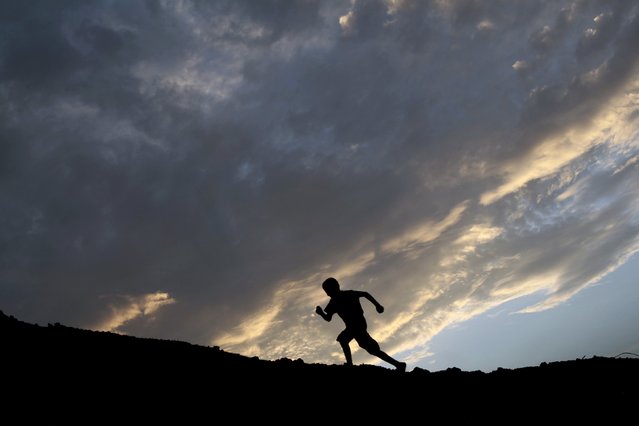 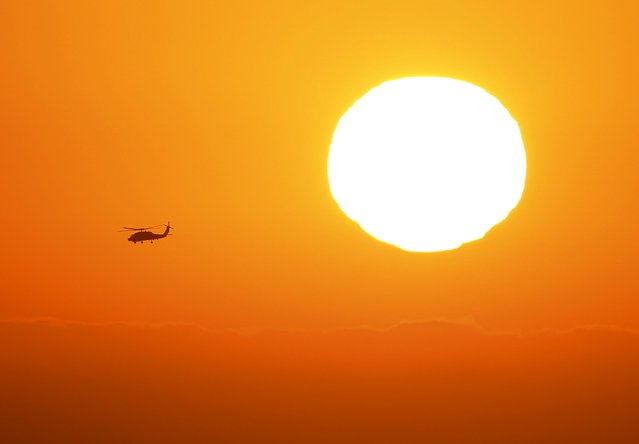 A U.S. military helicopter travels over the pacific ocean past a setting sun near Cardiff, California June 24, 2015. (Photo by Mike Blake/Reuters) 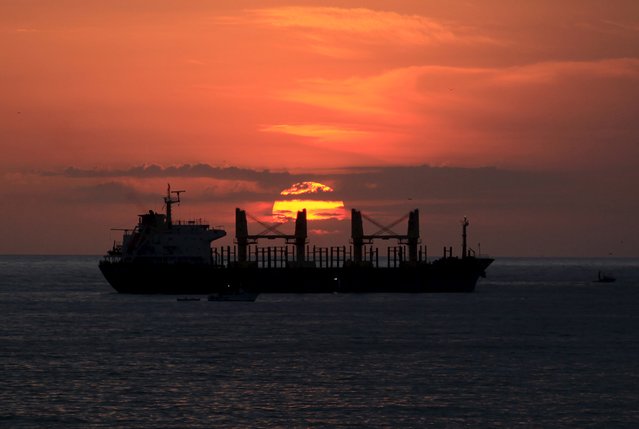 A freighter lies off the coast at sunrise in Algiers, Algeria June 25, 2015. (Photo by Ramzi Boudina/Reuters) 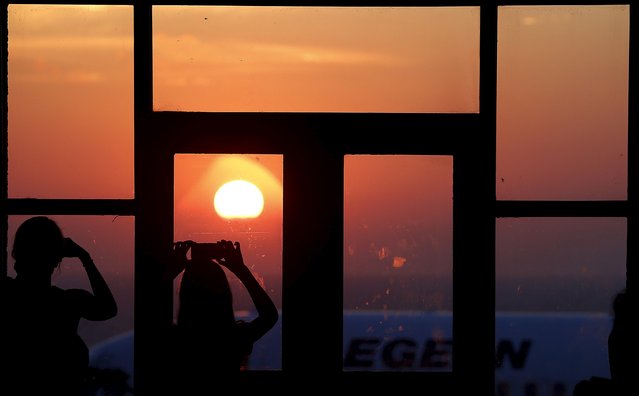 Tourist photograph the sunrise at the airport terminal on the Greek island of Santorini, Greece, July 1, 2015. (Photo by Cathal McNaughton/Reuters) 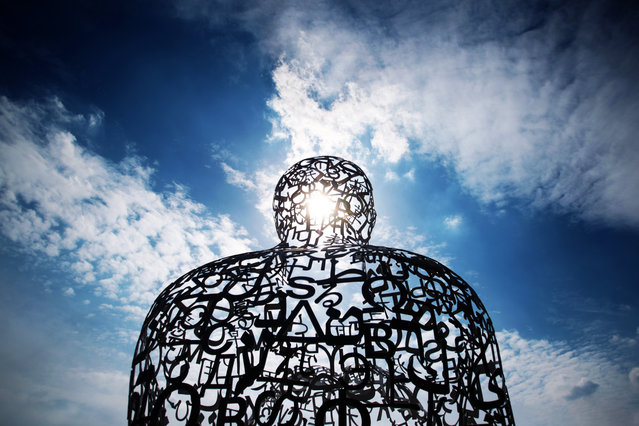 The sun shines through the sculpture “Body of Knowledge” (2010) by Spanish artist Jaume Plensa on the Johann Wolfgang Goethe University campus in Frankfurt am Main, Germany, May 14, 2015. (Photo by Fredrik von Erichsen/EPA) 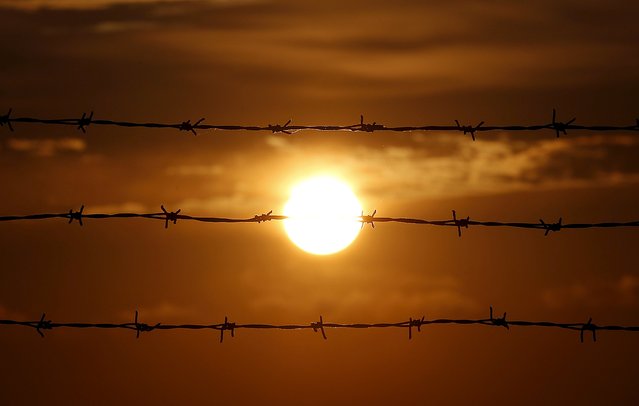 The sun rises behind barbed wire at the airport terminal on the Greek island of Santorini, Greece, July 1, 2015. (Photo by Cathal McNaughton/Reuters) 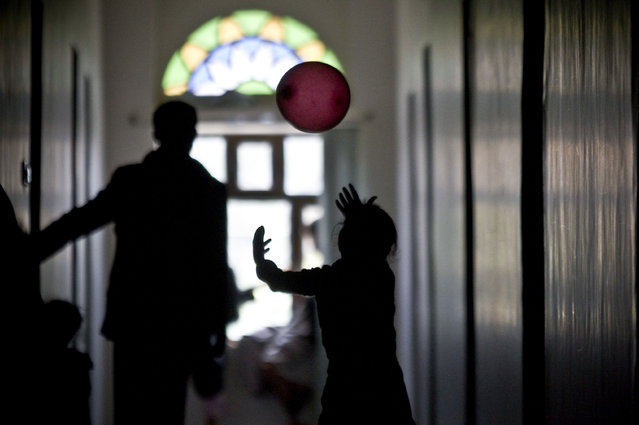 A girl plays with a balloon, inside a school where she is living with her displaced family who fled their home after a Saudi-led airstrike destroyed their houses, in Sanaa, Yemen, Thursday, May 14, 2015. (Photo by Hani Mohammed/AP Photo) 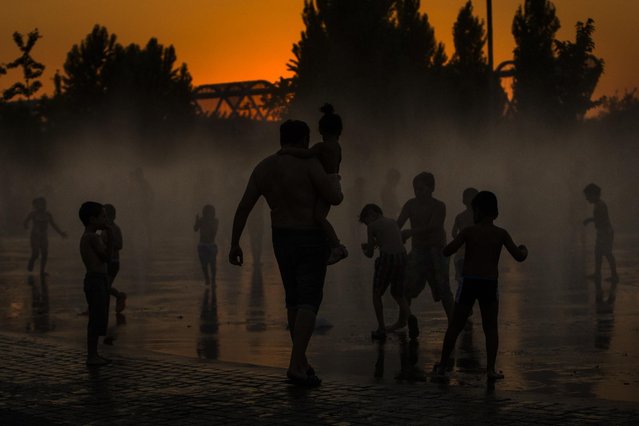 Children cool down in a fountain beside Manzanares river in Madrid, Spain, Saturday, June 27, 2015. (Photo by Andres Kudacki/AP Photo) 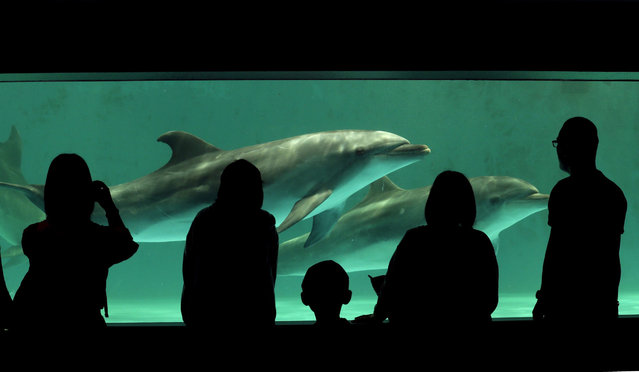 A couple of dolphins are watched by visitors at Shinagawa Aquarium in Tokyo Japan, 22 May 2015. (Photo by Kimimasa Mayama/EPA) 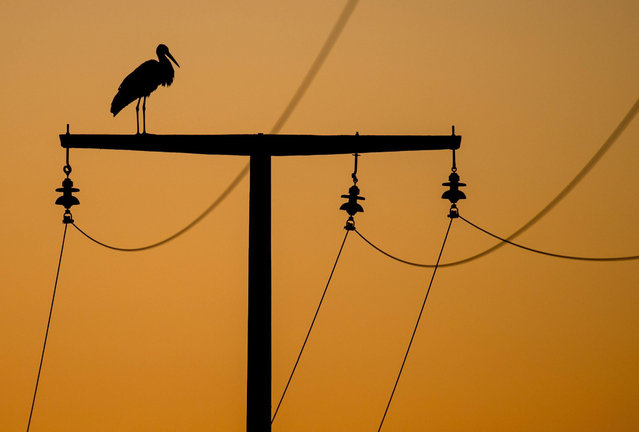 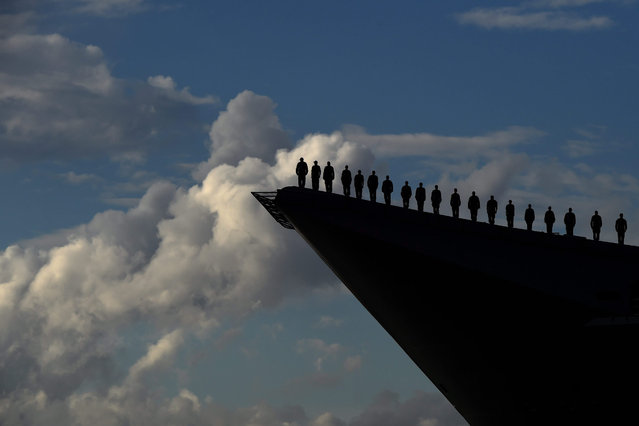 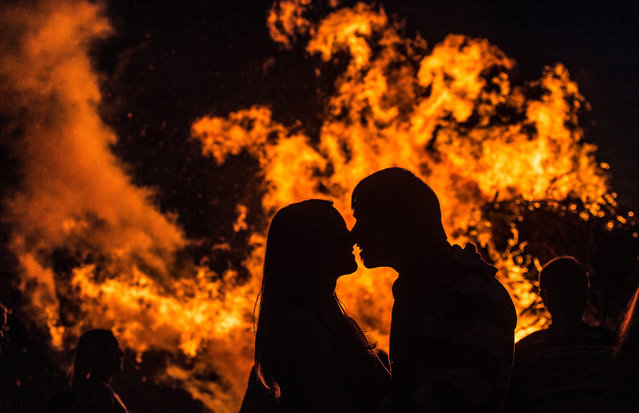 A picture dated 21 June 2015 shows a couple kissing in front of a midsummer bonfire at Mundenhof in Freiburg, Germany. The event is celebrated on the longest day and the shortest night of the year. (Photo by Patrick Seeger/EPA)
Edit Del
02 Jul 2015 14:53:00, post received 0 comments
Publication archive:
←   →
Popular tags:
All tags
Last searches: