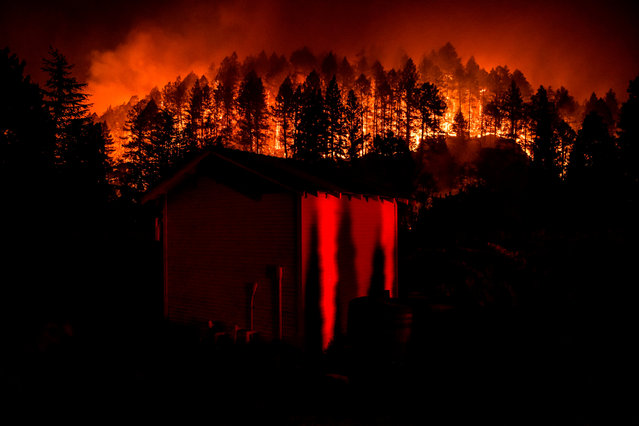 The Glass Fire begins it's descent into the valley after ravaging the hills as night falls on Napa Valley, California on September 27, 2020. The Glass fire grew to 2,500 Acres on the evening of September 27. A heat wave and dry winds create critical weather conditions and mandatory evacuations are in order. (Photo by Samuel Corum/AFP Photo) 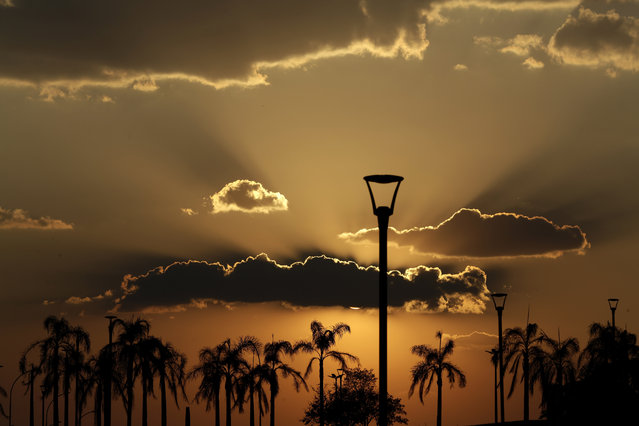 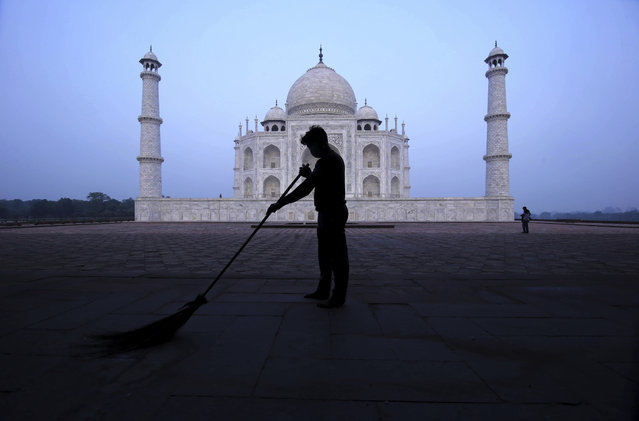 A man sweeps at the Taj Mahal monument early morning in Agra, India, Monday, September 21, 2020. The Taj Mahal reopened Monday after being closed for more than six months due to the coronavirus pandemic. (Photo by Pawan Sharma/AP Photo) 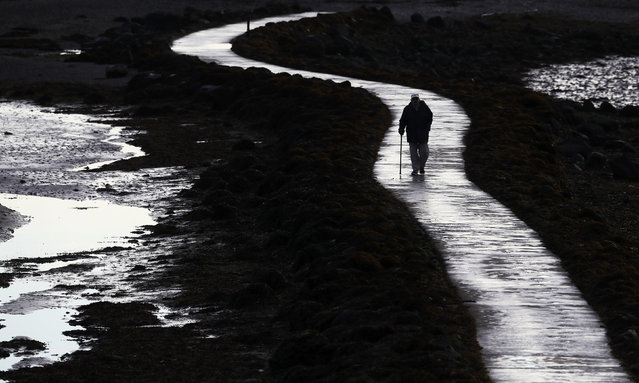 A man walks along a pathway on the shores in County Down, Strangford Lough, Northern Ireland on October 16, 2020t. (Photo by Brian Lawless/PA Images via Getty Images) 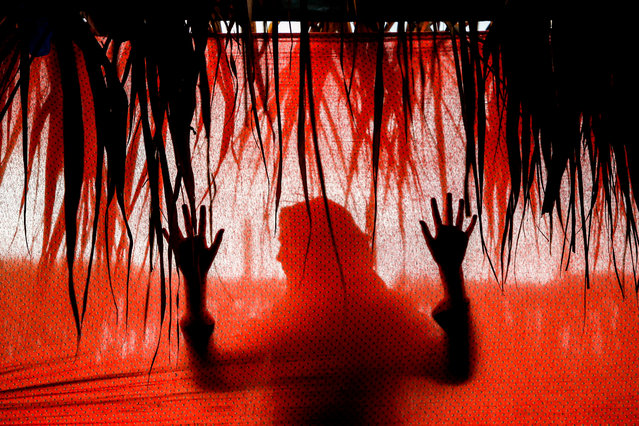 A girl's silhouette is seen from behind a fabric in a tent along a beach by Beit Lahia in the northern Gaza Strip on September 29, 2020. (Photo by Mohammed Abed/AFP Photo) 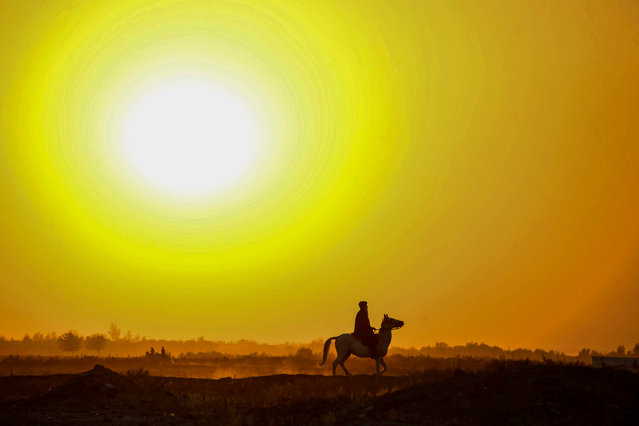 A man rides a horse at sunset near the Pashtoon Pul in Injil district of Herat province on October 7, 2020. (Photo by Hoshang Hashimi/AFP Photo) 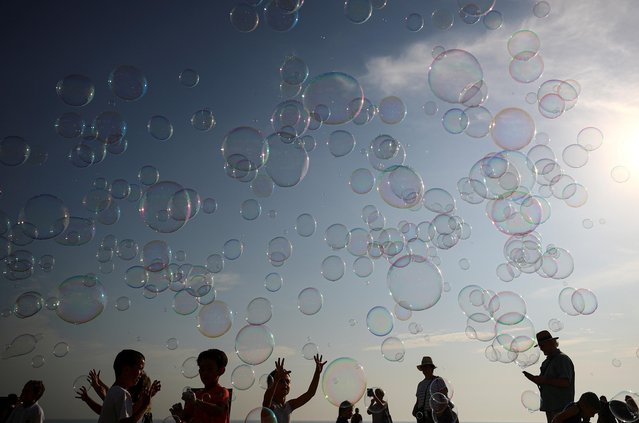 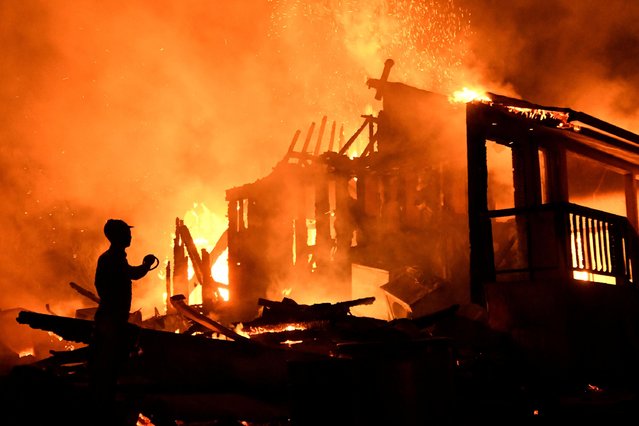 One of many homes destroyed Friday night from the Bobcat Fire in Juniper Hills, California, U.S., September 19, 2020. (Photo by Gene Blevins/Reuters) Embers are seen from a burning tree during the Glass Fire in St. Helena, California, U.S. September 27, 2020. (Photo by Stephen Lam/Reuters) 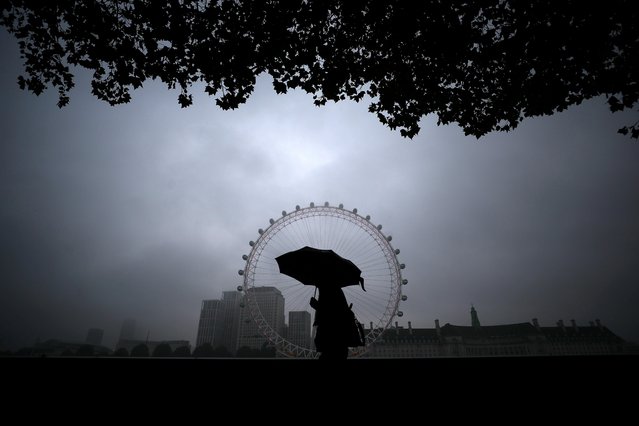 A person shelters under an umbrella as they walk past the London Eye in London, Britain on September 29, 2020. (Photo by Hannah McKay/Reuters) 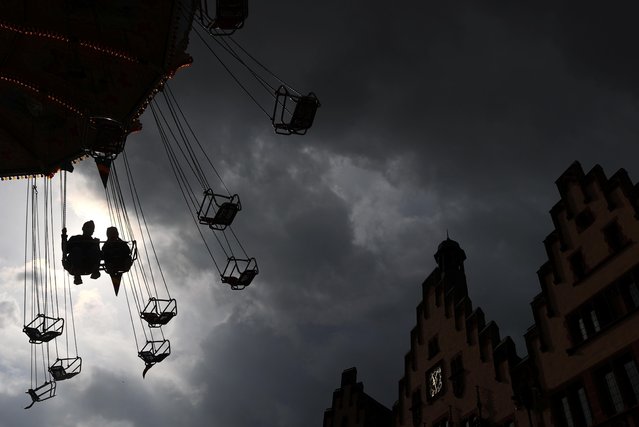 People ride a carousel as the spread of the coronavirus disease (COVID-19) continues, in Frankfurt, Germany, October 12, 2020. (Photo by Kai Pfaffenbach/Reuters) 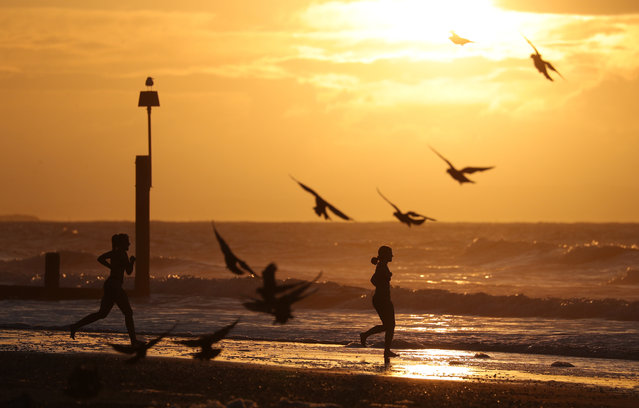 Two swimmers run into the sea as the sun rises over Boscombe beach in Dorset, England on October 6, 2020. (Photo by Andrew Matthews/PA Images via Getty Images) 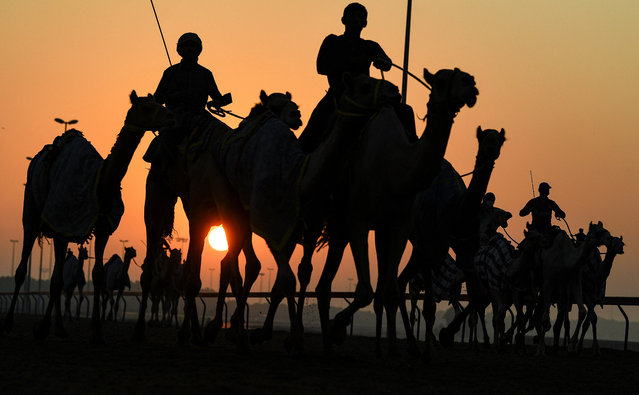 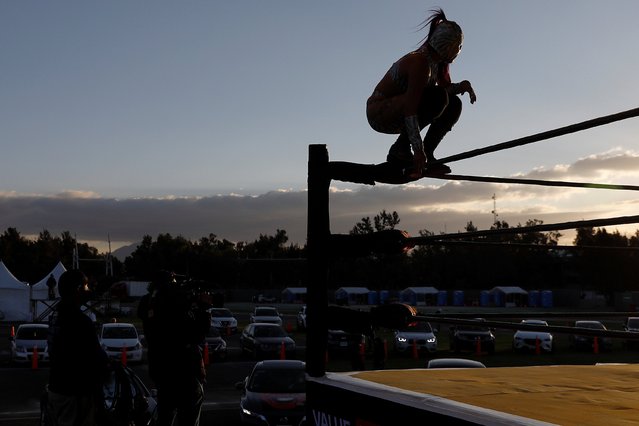 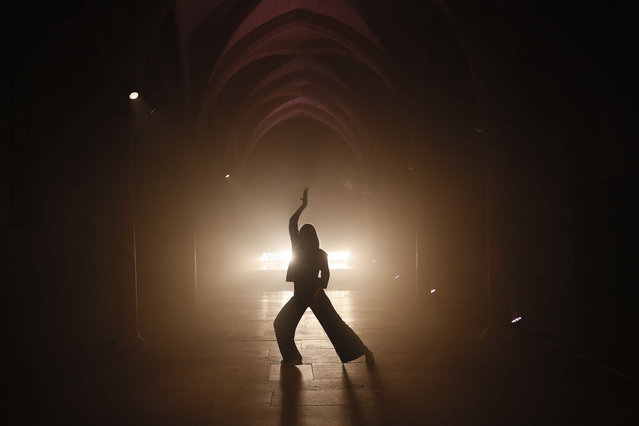 A Parisian dances at the installation Electronica, a unique look at the great classics of 20th century electronic music, played under the vaults at the Collège des Bernardins part of Nuit Blanche, an annual evening festival of culture and art on October 03, 2020 in Paris, France. Scaled down this year because of the Covid-19 pandemic, the festival is split across the left and right banks of the city with many outdoor exhibitions to enable social distancing. (Photo by Kiran Ridley/Getty Images)
Edit Del
06 Nov 2020 00:03:00, post received 0 comments
Publication archive:
←   →
Popular tags:
All tags
Last searches: