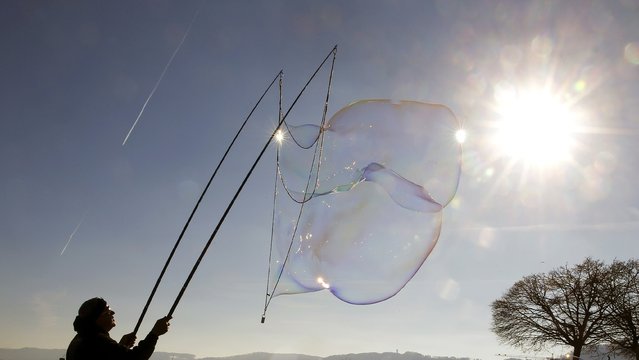 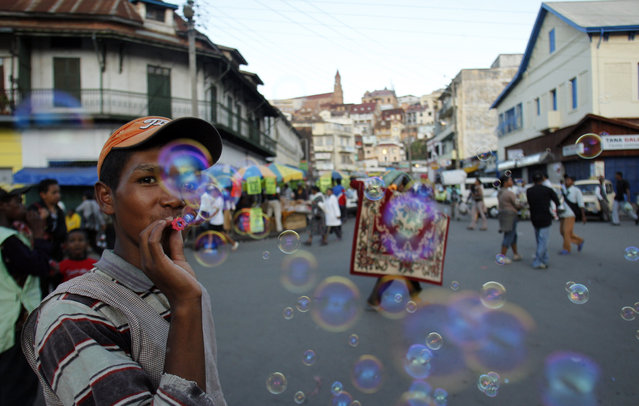 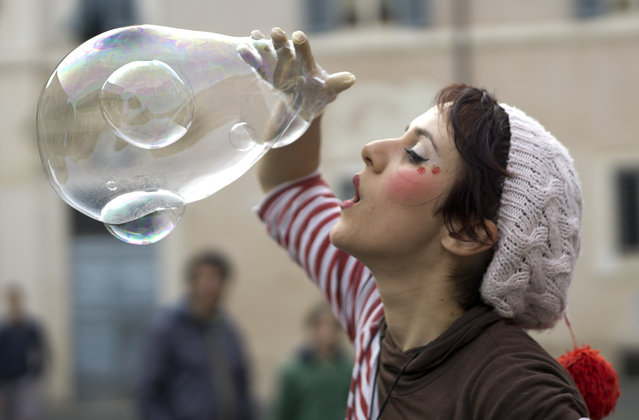 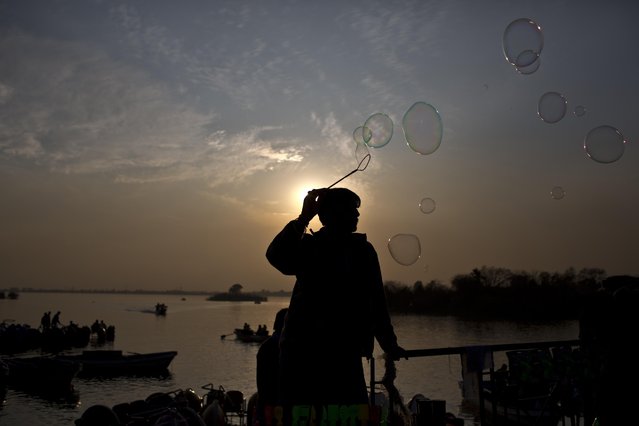 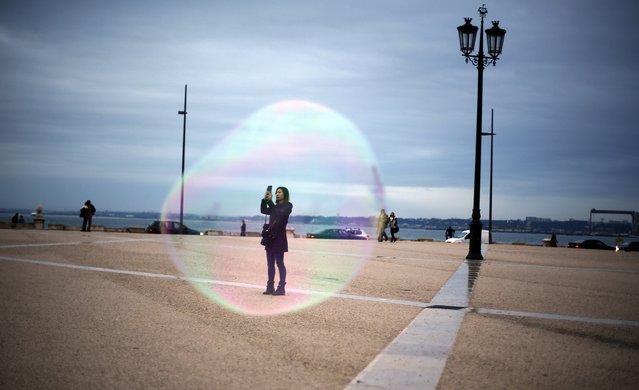 A tourist is seen through a soap bubble as she takes a picture at Comercio square in downtown Lisbon November 18, 2014. (Photo by Rafael Marchante/Reuters) 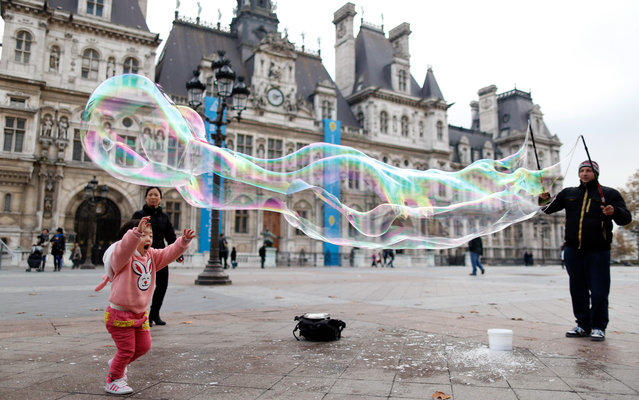 A child tries to reach a giant soap bubble blown from a street artist in front of the Paris Town Hall November 19, 2014. (Photo by Charles Platiau/Reuters) 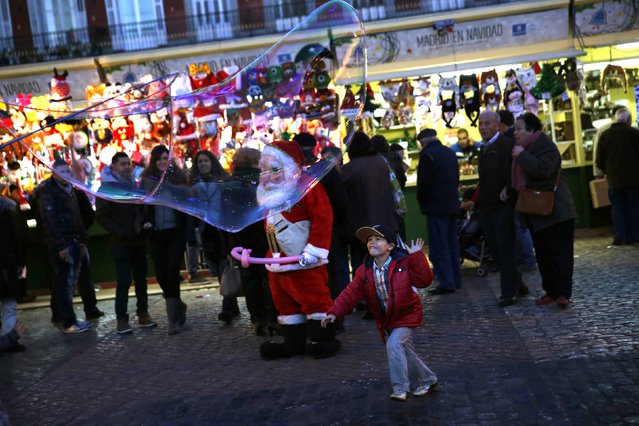 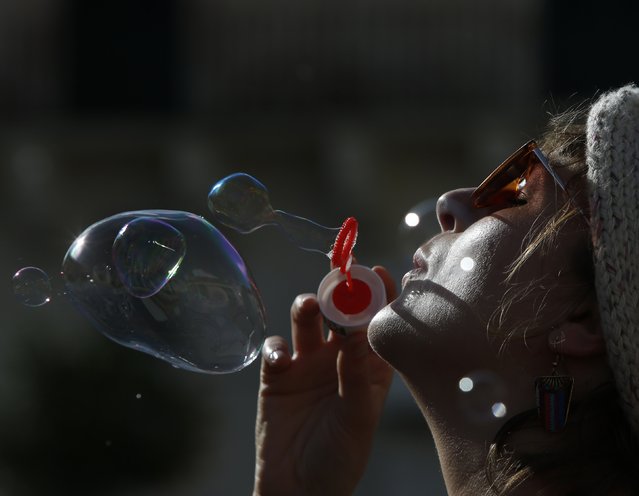 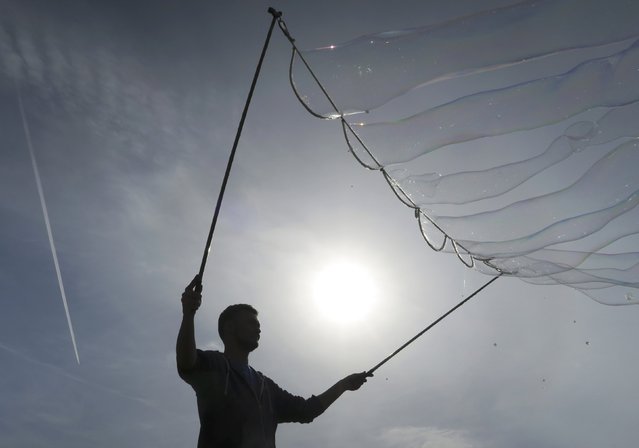 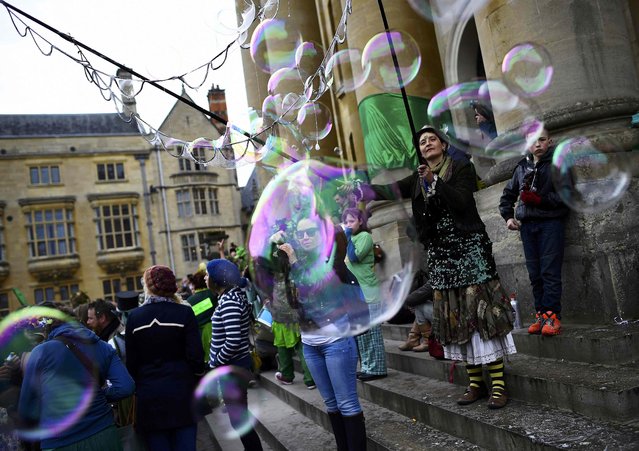 Revellers play with bubbles in the early hours during traditional May Day celebrations in Oxford, Britain, May 1, 2015. (Photo by Dylan Martinez/Reuters) 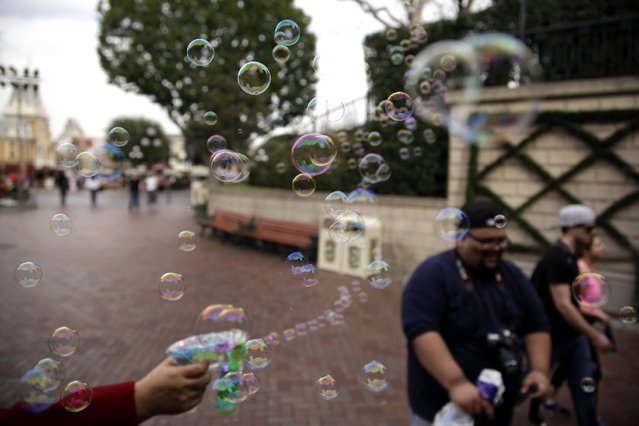 Soap bubble fly at Disneyland, Thursday, January 22, 2015, in Anaheim, Calif. Seventy people have been infected in a measles outbreak that led California public health officials to urge those who haven't been vaccinated against the disease, including children too young to be immunized, should avoid Disney parks where the spread originated. (Photo by Jae C. Hong/AP Photo) 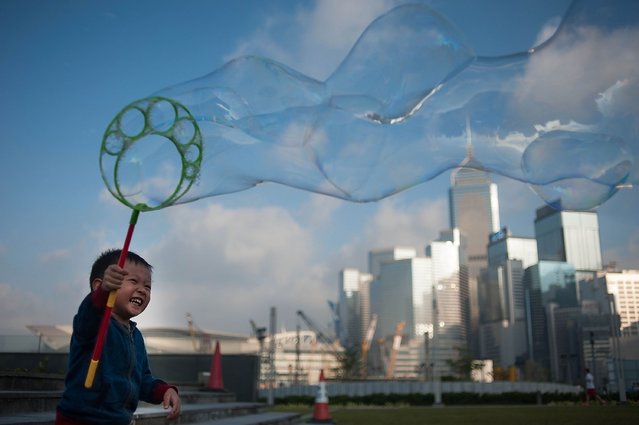 A boy waves a wand of bubbles up in the air at Tamar Park outside of Central Government Complex at Admiralty district on November 22, 2014 in Hong Kong. In a random poll of 513 people conducted by the University of Hong Kong, support for the movement had decreased with 83% of those surveyed saying the eight week occupation should end. (Photo by Anthony Kwan/Getty Images) An Indian transgender activist blows bubbles during the annual Bengaluru Pride March in Bangalore on November 23, 2014. The annual march is aimed at ending violence and opression based gender identity and sexual orientation. (Photo by Manjunath Kiran/AFP Photo) 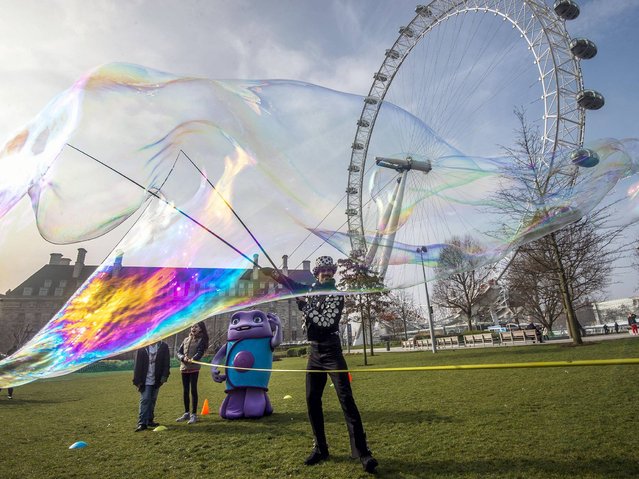 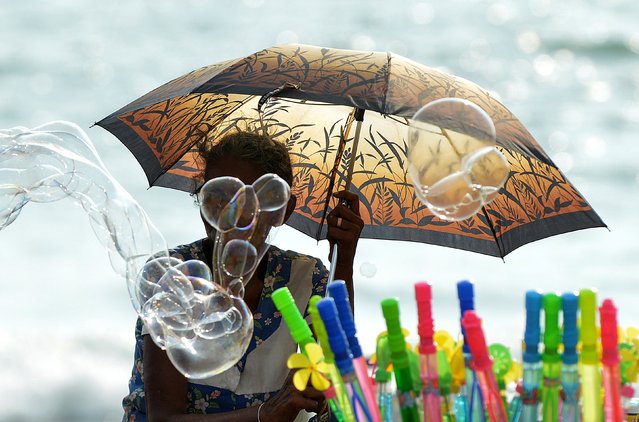 A Sri Lankan vendor sells bubble liquid on the Galle Face promenade in the heart of the Sri Lankan capital of Colombo on April 19, 2015. (Photo by Ishara S. Kodikara/AFP Photo) 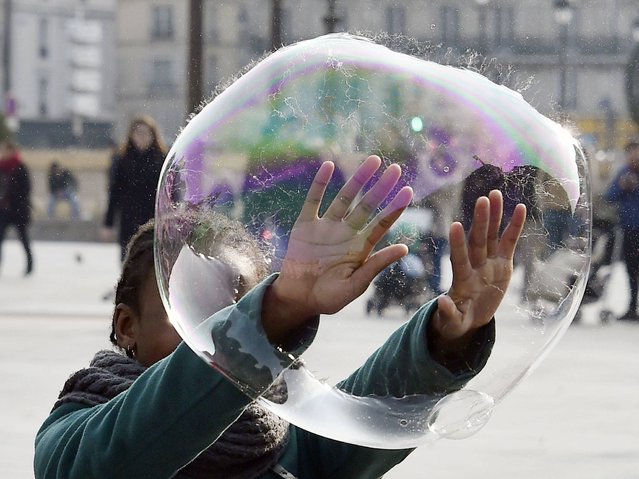