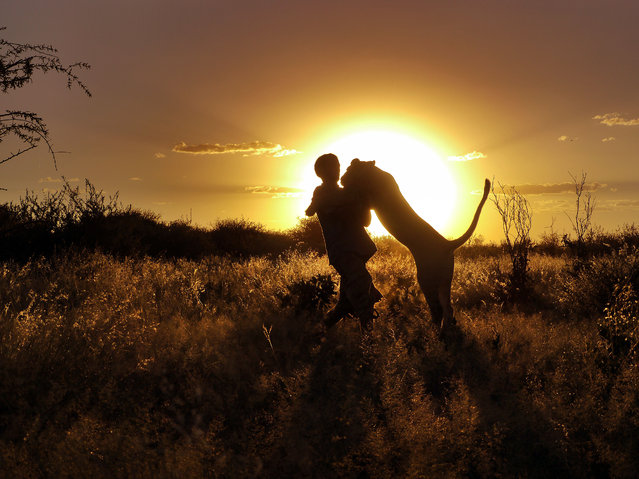 These heart-warming photograph show an incredible bond between a wild lioness and the men fighting to save her species. The picture show Sirga – a 110lb lioness – and her adopted pride Valentin Gruener (not pictured) and Mikkel Legarth. Incredibly she treats the two men just like she would other lions and with their help she can now hunt for prey on her own. As a cub she was driven out from a pride and rescued by German and Danish duo Valentin and Mikkel who could not stand by and watch her die. She is now a beacon for hoped success of the Modisa Wildlife Project, founded in Botswana, Africa, by Valentin and Mikkel with the hope of saving the lion population. (Photo by Caters News) 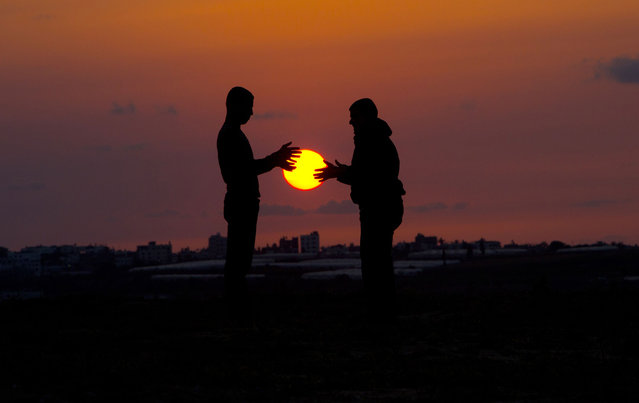 Palestinian youths play as the sun sets in Beit Hanun in the northern Gaza Strip on April 9, 2014. (Photo by Mahmud Hams/AFP Photo) 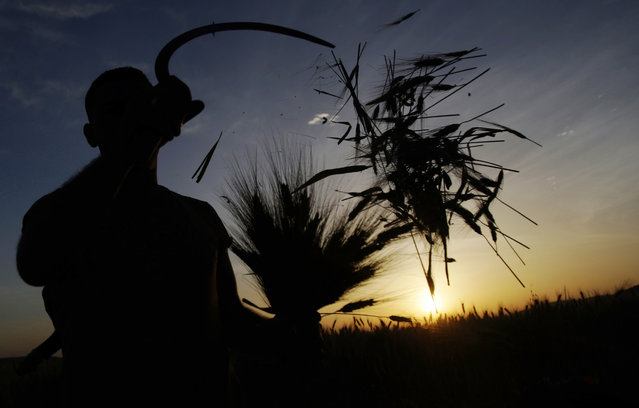 A Palestinian farmer harvests wheat on a farm near the West Bank city of Jenin, early Thursday, April 24, 2014. Hundreds of Palestinian workers depend on the wheat harvest as a source of income in the face of rising unemployment. (Photo by Mohammed Ballas/AP Photo) 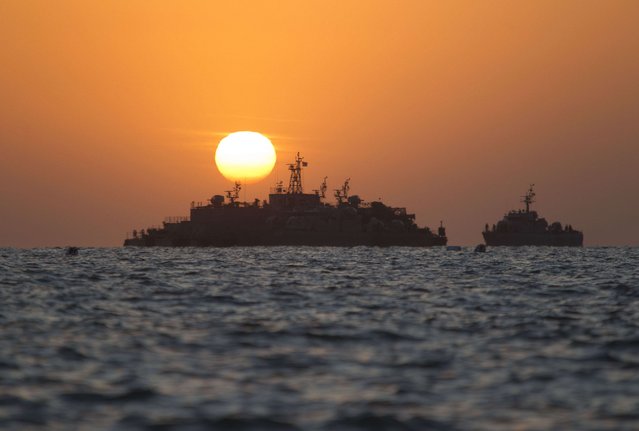 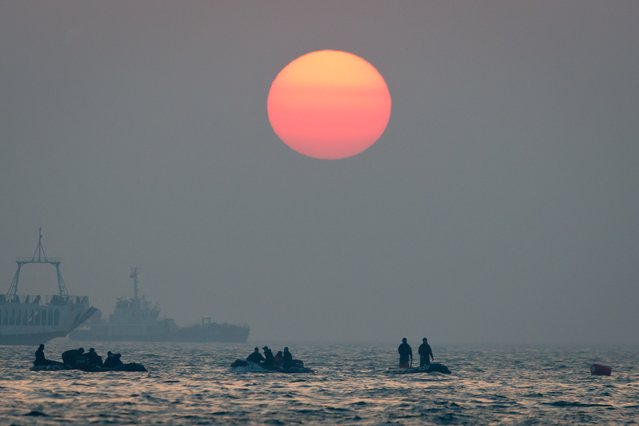 The sun sets behind search and rescue teams during recovery operations at the site of the “Suwol” ferry of the coast of the South Korean island on Jindo on April 22, 2014. Divers began to locate bodies on April 19 inside a submerged South Korean ferry as the detained captain defended his decision to delay evacuation of the ship when it capsized nearly four days ago with 476 people on board. (Photo by Ed Jones/AFP Photo) 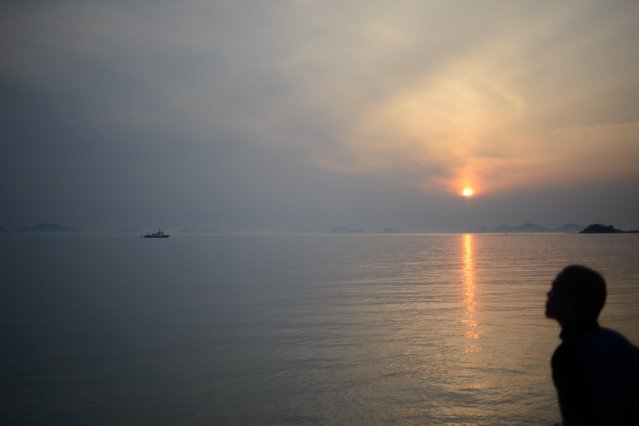 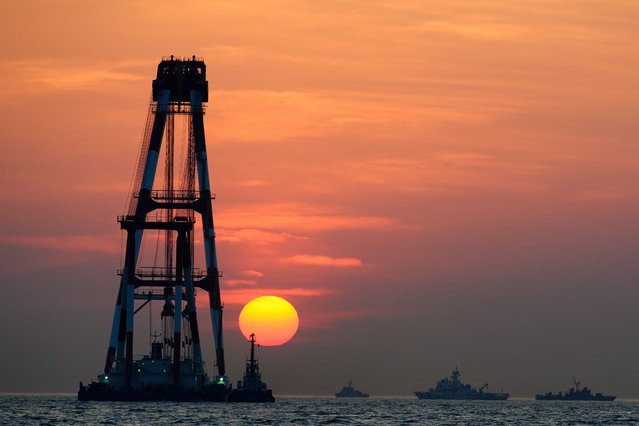 A giant crane (L) that will lift up the sunken “Sewol” ferry is silhouetted against the sunset in Jindo on April 24, 2014. Furious relatives of missing victims from South Korea's ferry disaster attacked a top coastguard official accusing him of lying about efforts to retrieve bodies still trapped in the submerged vessel. (Photo by Nicolas Asfouri/AFP Photo) 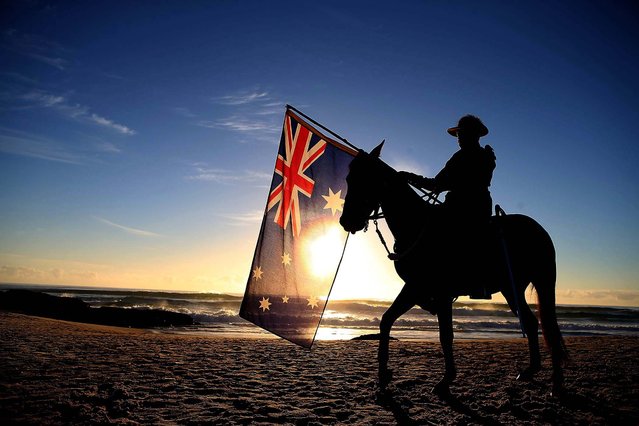 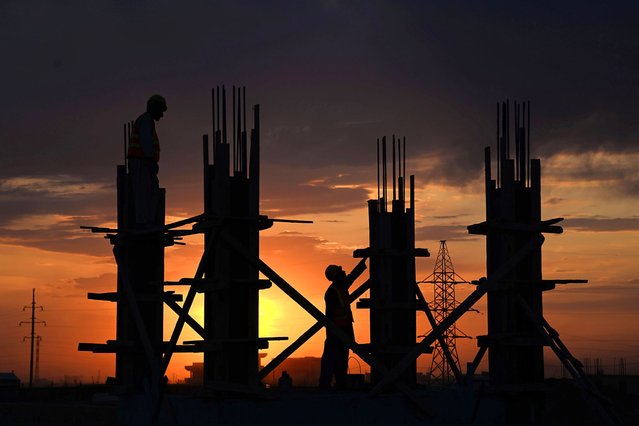 Afghan labourers work at a construction site during sunset in Mazar-i-Sharif on April 22, 2014. Afghanistan remains at war, with civilians among the hardest hit as the Taliban wage an increasingly bloody insurgency against the government. (Photo by Farshad Usyan/AFP Photo) 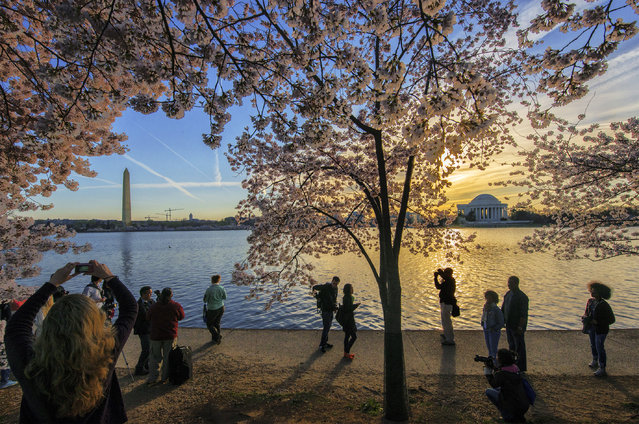 Cherry blossoms at peak bloom around the Tidal Basin on April, 12, 2014 in Washington, DC. (Photo by Bill O'Leary/The Washington Post) 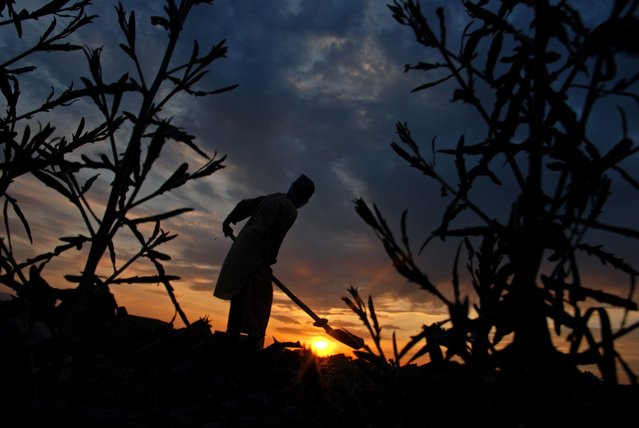 An Afghan farmer works on his field at sunset on the outskirts of Mazar-e-Sharif, northern Afghanistan, Tuesday, April 22, 2014. (Photo by Mustafa Najafizada/AP Photo) 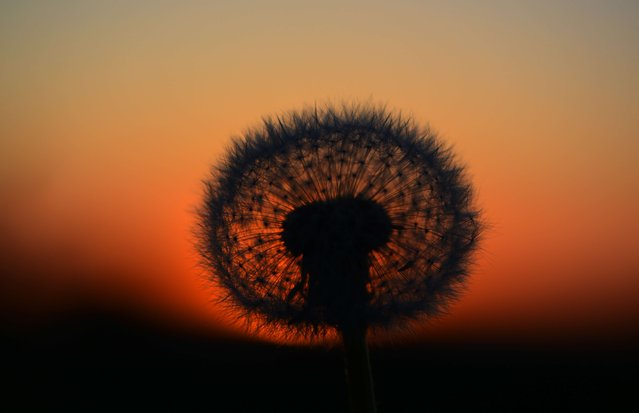 A blowball silhouettes against the evening sky as sun sets in Freiburg, southern Germany, on April 15, 2014. (Photo by Patrick Seeger/AFP Photo) 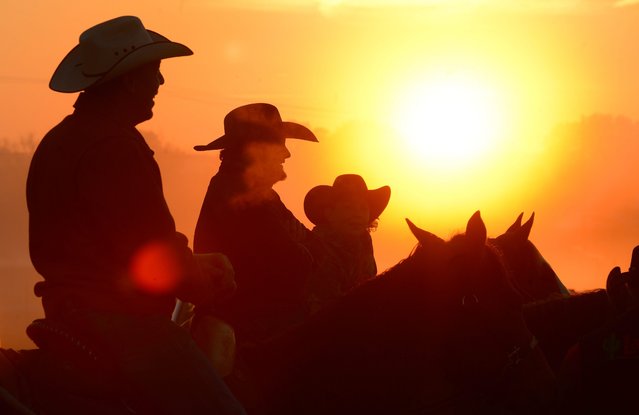 Worshippers join together for a sunrise service at the No Fences Cowboy Church Easter Sunday, April 20, 2014 in Falkville, Alabama. Cowboys on horseback greet the sunrise and arriving worshippers. (Photo by Gary Cosby Jr./AP Photo/The Decatur Daily) 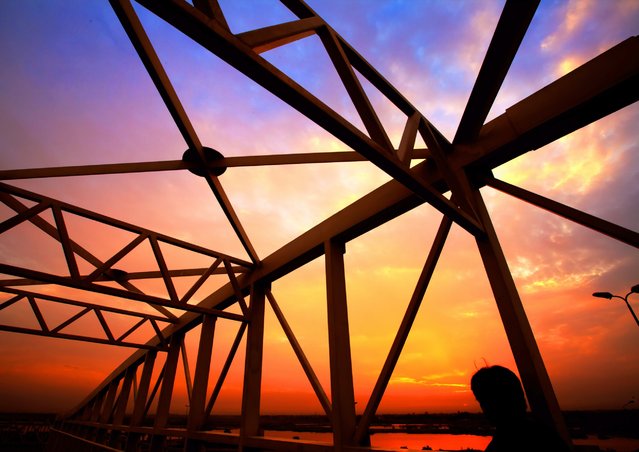 A man observes a colorful sky as the sun sets over Ravi river in Lahore, Pakistan, April 14, 2014. (Photo by Omer Saleem/EPA) 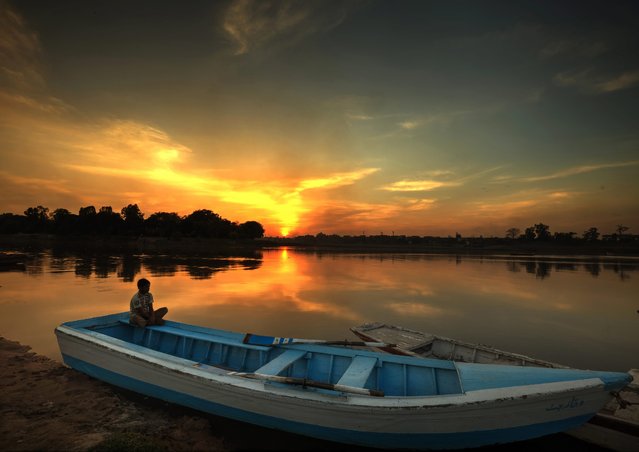 A boyis silhouetted against the evening sky reflecting in the waters as he waits for customers for a boat ride during sunset at the banks of the Ravi river in Lahore, Pakistan, 23 April 2014. (Photo by Omer Saleem/EPA) 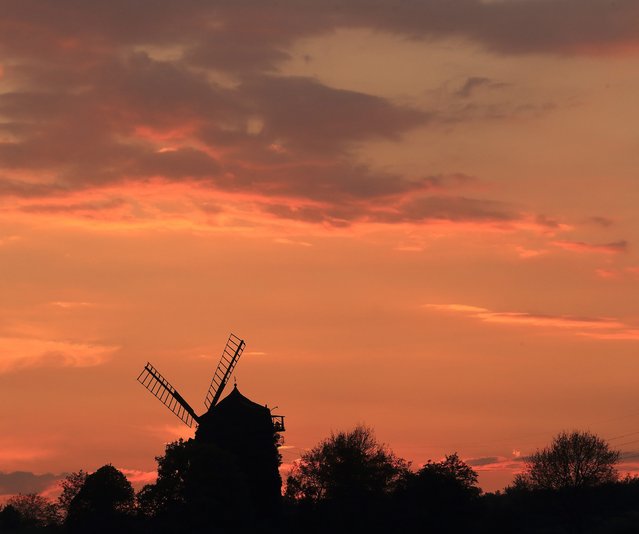 A traditional windmill is silhouetted against the sky during sunset in Niederndodeleben, Germany, 22 April 2014. The windmill dated from the 19th century is no longer in use as a mill but was rebuild as a holiday flat. (Photo by Jens Wolf/EPA) 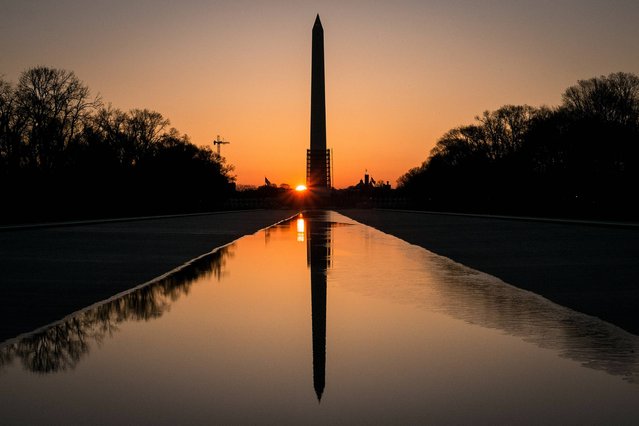 The sun peeks through the scaffolding around the Washington Monument at dawn in Washington, Monday, March 24, 2014. The National Park Service has announced they will reopen the earthquake damaged structure in May. (Photo by J. David Ake/AP Photo)
Edit Del
27 Apr 2014 09:36:00, post received 0 comments
Publication archive:
←   →
Popular tags:
All tags
Last searches: