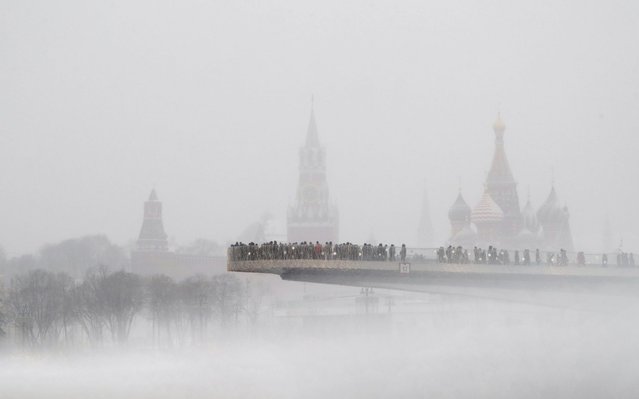 People walk on the floating bridge at the Zaryadye park next to the Spasskaya tower of the Moscow Kremlin and the St. Basil Cathedral during a snowfall day in Moscow, Russia, 04 January 2020. (Photo by Maxim Shipenkov/EPA/EFE/Rex Features/Shutterstock) 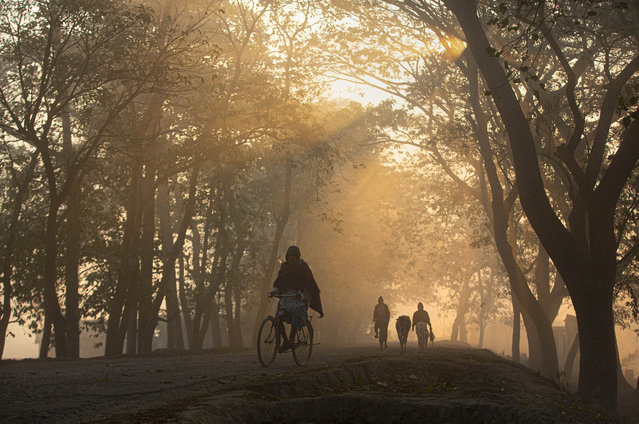 A man rides a bicycle on a foggy cold morning on the outskirts of Gauhati, India, Friday, January 17, 2020. (Photo by Anupam Nath/AP Photo) 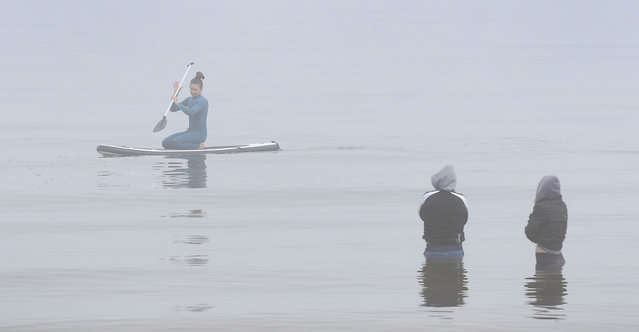 Two people stand in the water in Melbourne's Port Phillip Bay as they watch a paddleboarder pass by in the fog on July 16, 2020. (Photo by William West/AFP Photo) 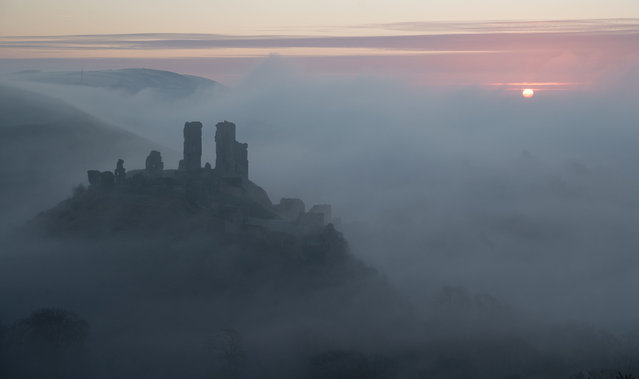 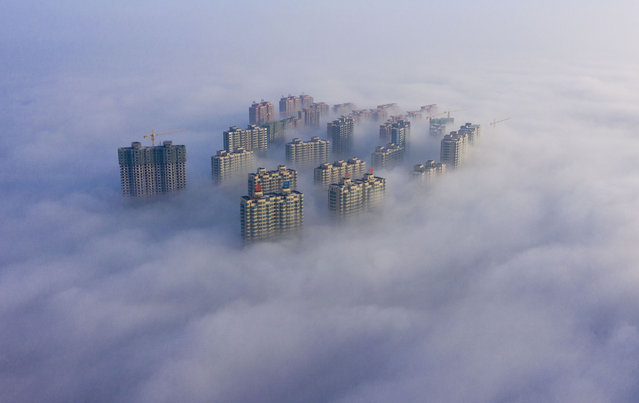 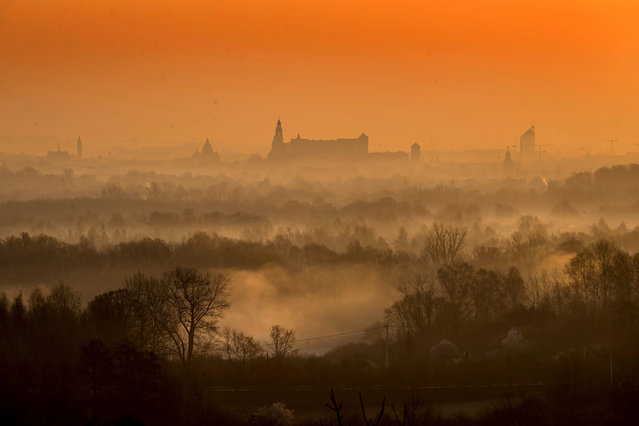 The sun rises over the city, revealing a whispy blanket of smog, in Krakow, southern Poland, 07 April 2020. Despite the movement restrictions implemented in a bid to slow down the spread of the pandemic COVID-19 disease caused by the SARS-CoV-2 coronavirus, air pollution levels across Polish cities still remain relatively high. (Photo by Lukasz Gagulski/EPA/EFE) 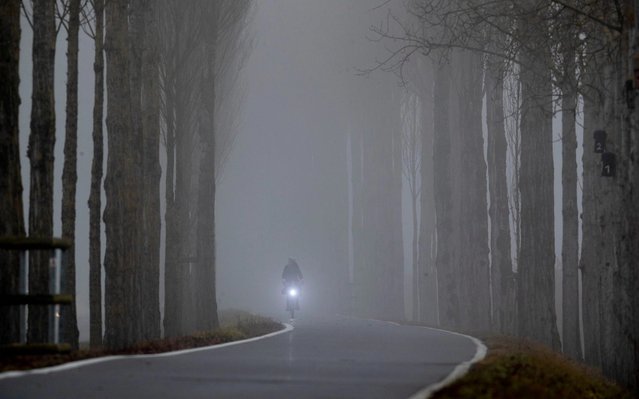 A woman rides her bike in an alley that leads to the Reichenau island near Constance, Germany, Wednesday, January 8, 2020. (Photo by Michael Probst/AP Photo) 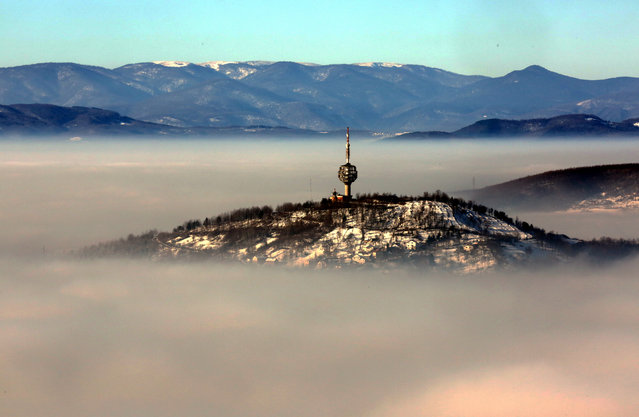 A general view of the surroundings of the city of Sarajevo, Bosnia and Herzegovina, 10 January 2020. The city was covered with a thick layer of fog. It is recommended to residents of Sarajevo to reduce traffic on the roads. With 400 AQI (air quality index), Sarajevo is one of the most polluted cities in the world. (Photo by Fehim Demir/EPA/EFE) 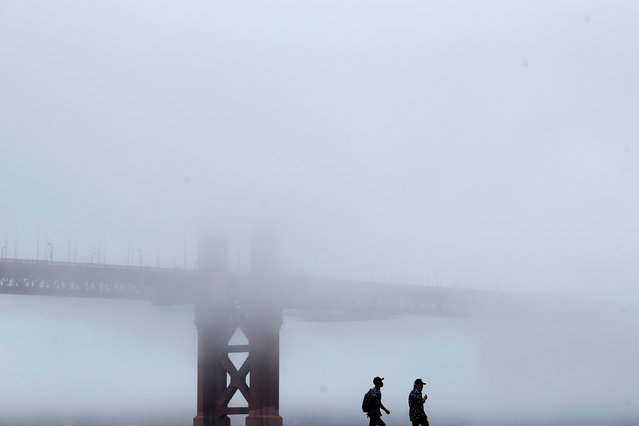 A man wears a face mask while walking on a pier in front of the Golden Gate Bridge during the coronavirus outbreak in San Francisco, Saturday, May 16, 2020. (Photo by Jeff Chiu/AP Photo) 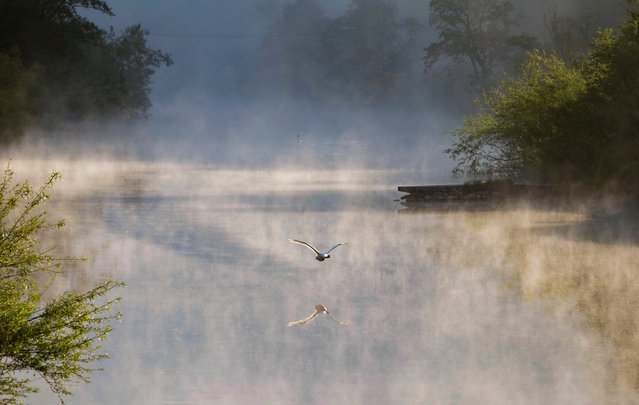 Picture shows a swan flying down the River Wye on the Welsh and English border on May 25, 2020. (Photo by Chris Fairweather/Huw Evans/Rex Features/Shutterstock) 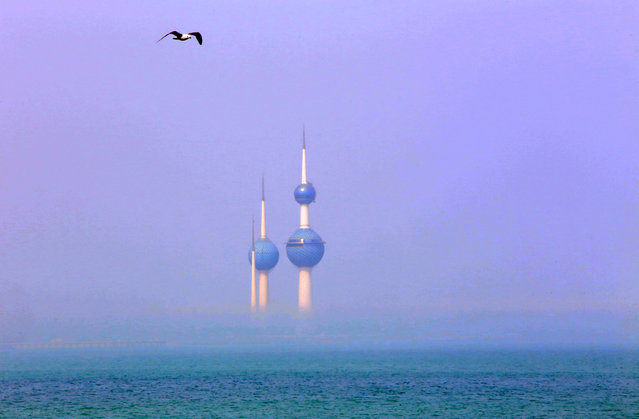 Fog covers the base of the Kuwait Towers, in the capital Kuwait City on February 18, 2020. (Photo by Yasser Al-Zayyat/AFP Photo) 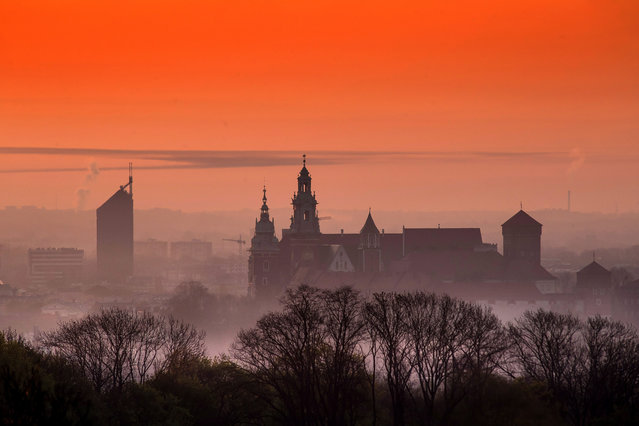 View of the Wawel Castle during sunrise in Krakow, Poland, 23 April 2020. Tyniec is notable for its famous Benedictine abbey fou​nded by King Casimir the Restorer in 1044. (Photo by Lukasz Gagulski/EPA/EFE) 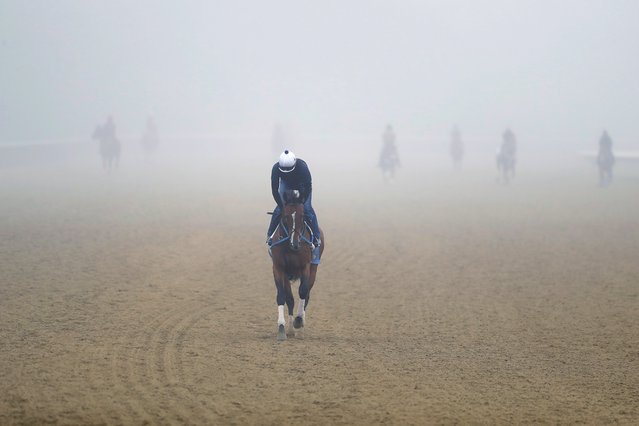 Riders work out horses in the early morning fog at Belmont Park in Elmont, N.Y., Thursday, June 18, 2020. The Belmont Stakes is scheduled to run on Saturday. (Photo by Seth Wenig/AP Photo) 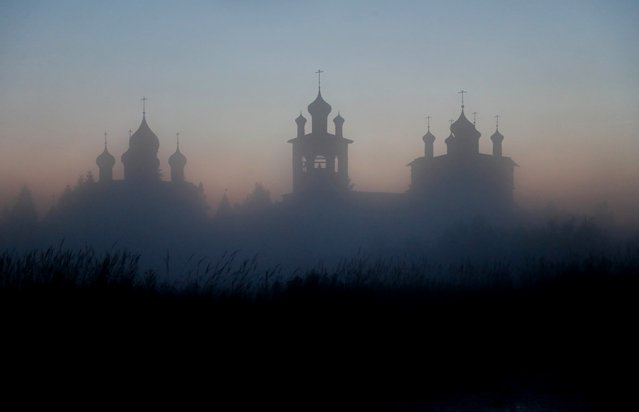 The Nikolo-Vyazhischsky Women's Monastery is seen through fog in the village of Vyazhishchi in Novgorod Region, Russia on July 14, 2020. (Photo by Anton Vaganov/Reuters) 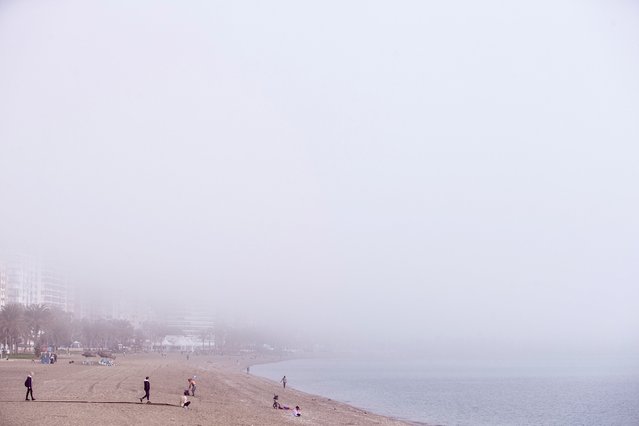 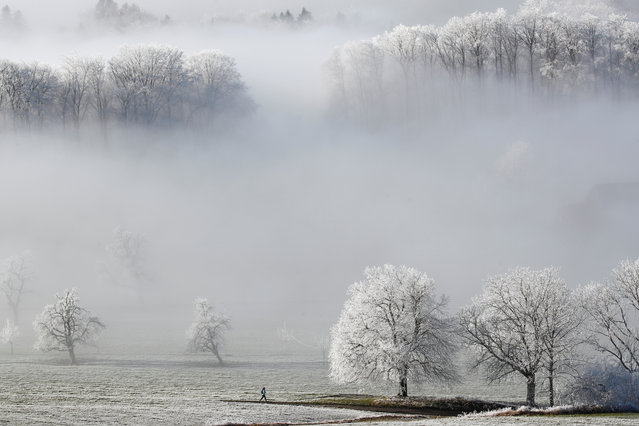 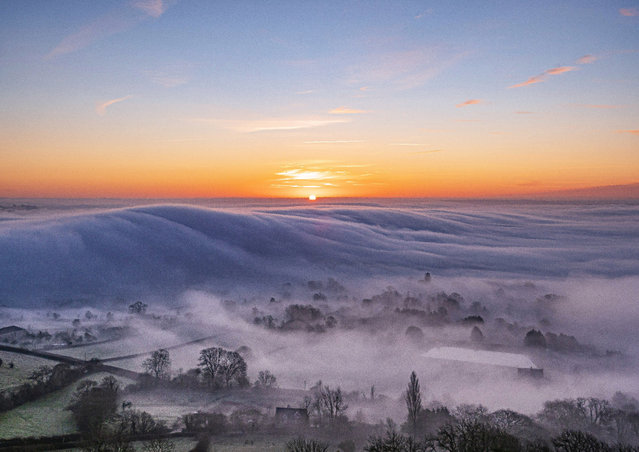 Mist rolls across Glastonbury in Somerset, England as Brits woke up to a frosty morning on Sunday, January 19, 2020. (Photo by South West News Service) 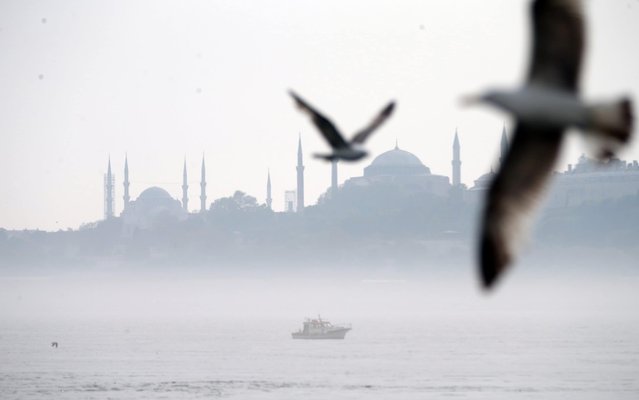 A boat is seen with flying seagulls as the mist blankets the city at Bosphorus during early evening in Istanbul, Turkey on May 14, 2020. (Photo by Erhan Sevenler/Anadolu Agency via Getty Images) 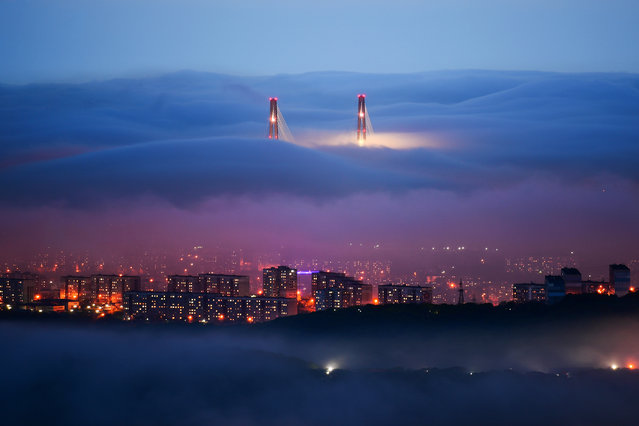 The towers of Russky Bridge are seen over the fog covered Vladivostok, Russia on May 26, 2020. The so-called “fog season” on the Pacific coast and in the south of Russia's Primorye Territory lasts from April till September. (Photo by Yuri Smityuk/TASS)
Edit Del
03 Sep 2020 00:03:00, post received 0 comments
Publication archive:
←   →
Popular tags:
All tags
Last searches: