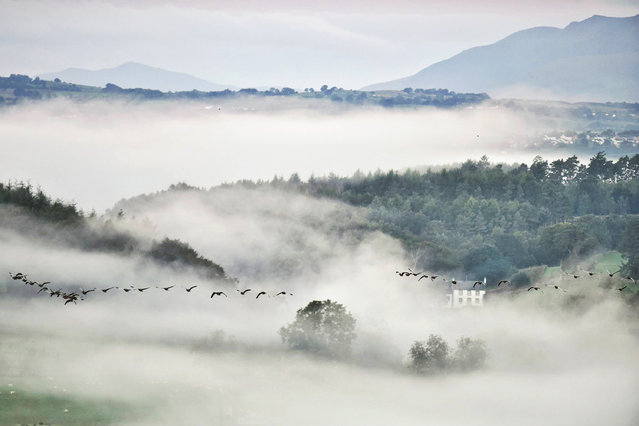 Morning mist cloaks the meandering Eden Valley in Cumbria, England this morning on September 23, 2018, where the Lakeland fells bathe in sunshine from the rising sun, the first hints of Autumn are seen above the water of the River Eamont. (Photo by Paul Kingston/North News and Pictures) 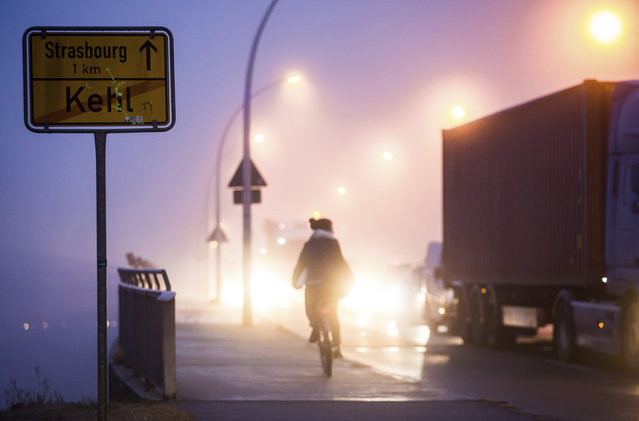 A cyclist crosses the bridge as police control the border between Germany and France in Kehl, southern Germany, Wednesday, December 12, 2018 the morning after a suspected extremist sprayed gunfire at one of Europe's most famous Christmas markets in the eastern city of Strasbourg, killing three and wounding at least 13. (Photo by Christoph Schmidt/DPA via AP Photo) 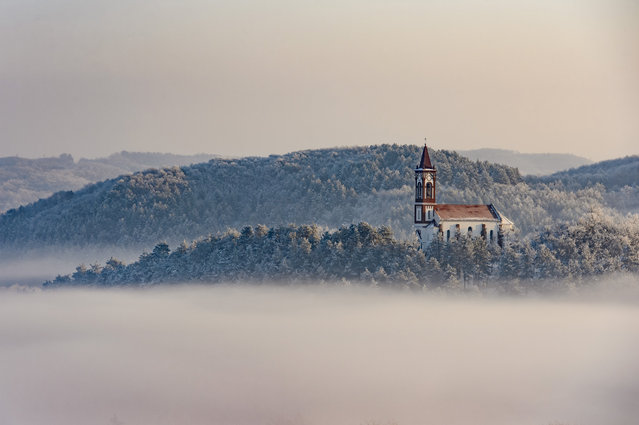 Fog floats over a landscape at the village of Soshartyan, 115 kms northeast of Budapest, Hungary, Wednesday, December 19, 2018, when the air temperature is sub-zero in most parts of the country. (Photo by Peter Komka/MTI via AP Photo) 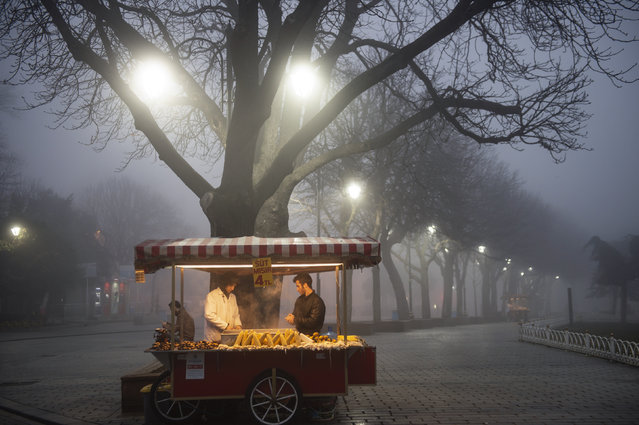 Street vendors sell corn on Sultanahmet Square near the Blue mosque on a foggy day in Istanbul, on February 20, 2019. (Photo by Yasin Akgul/AFP Photo) 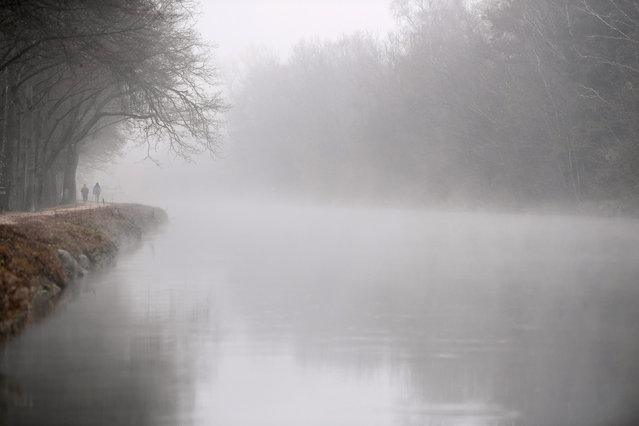 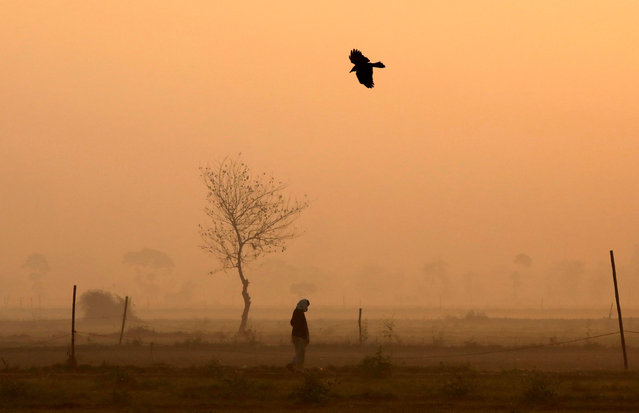 A man walks through a vegetable field on a foggy winter morning in New Delhi, India, December 18, 2018. (Photo by Anushree Fadnavis/Reuters) 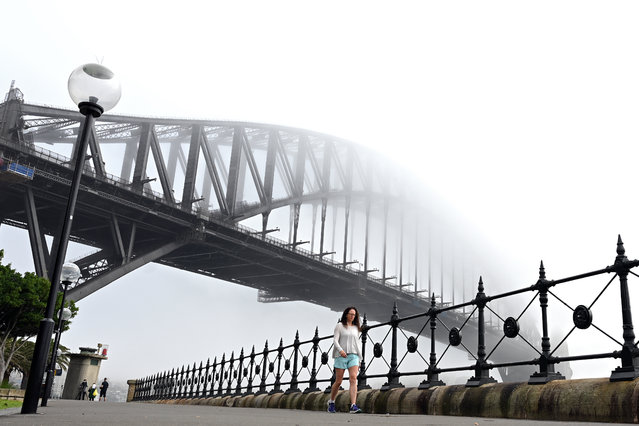 People walk under Australia's iconic landmark Harbour Bridge in Sydney on April 3, 2019, as heavy fog blankets the city. Low visibility due to heavy fog affected traffic in the city and caused flight delays at the Sydney airport. (Photo by Saeed Khan/AFP Photo) 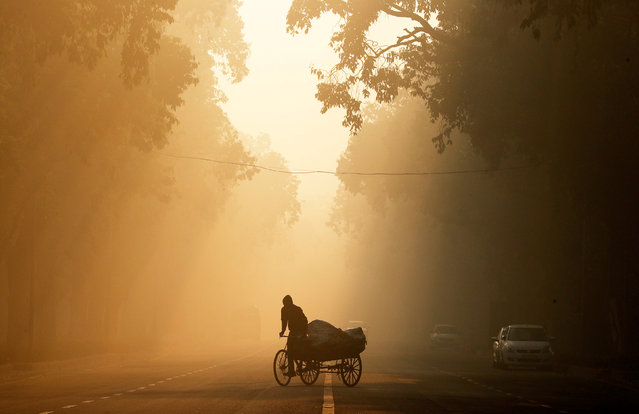 A man rides a rickshaw on a smoggy morning in New Delhi, India, December 26, 2018. (Photo by Adnan Abidi/Reuters) 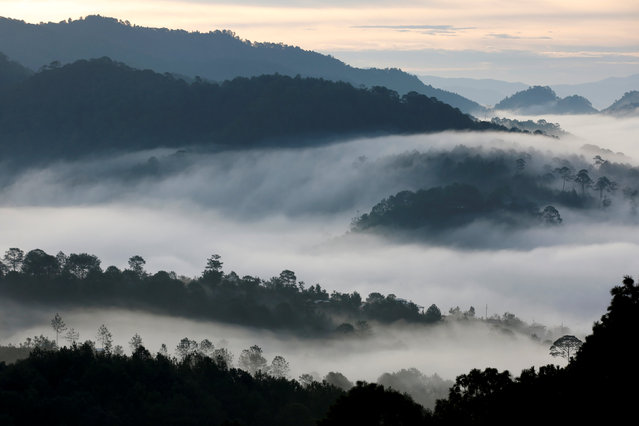 Clouds are seen over the Sierra Madre del Sur, on the outskirts of Juquila Yucucani, in the southern state of Guerrero, Mexico, August 17, 2018. (Photo by Carlos Jasso/Reuters) 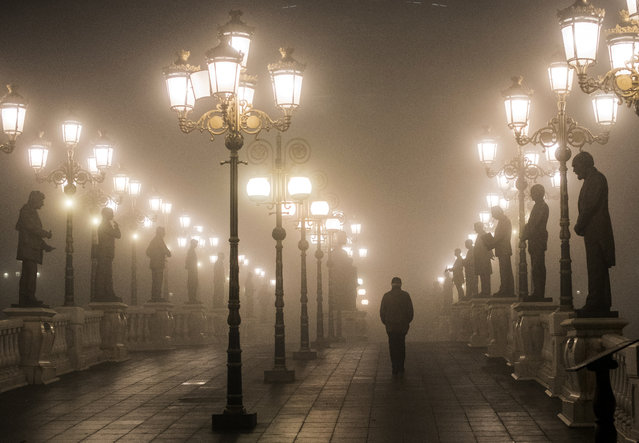 A man walks over a bridge through dense fog and smog in Skopje late on December 22, 2018. Skopje was named Europe's most polluted capital in 2018 by the World Health Organization, partly because two-thirds of households use firewood as their primary source of heating. (Photo by Robert Atanasovski/AFP Photo) 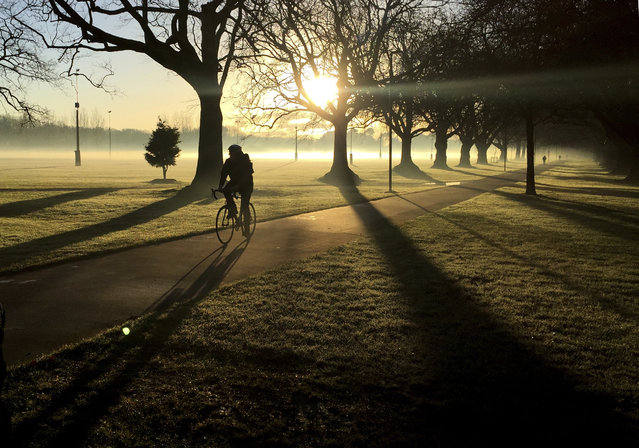 In this June, 26, 2017, file photo, a cyclist makes his way through a mist covered Hagley Park in central Christchurch, New Zealand. Despite its tranquility and beauty, New Zealand city of Christchurch is painfully familiar with trauma and will need to use that experience to recover from terrorist attack. (Photo by Mark Baker/AP Photo) 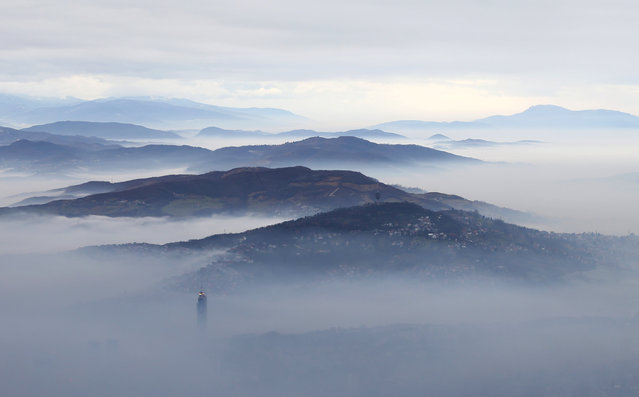 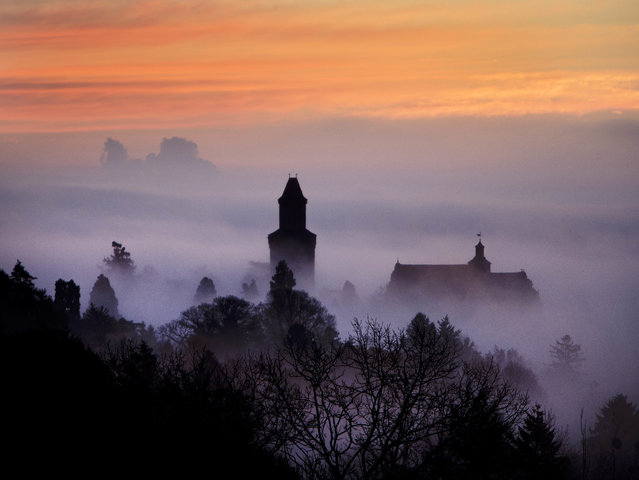 The castle of Kronberg looks out of the fog that covers the city of Frankfurt, Germany, Wednesday, November 14, 2018. (Photo by Michael Probst/AP Photo) 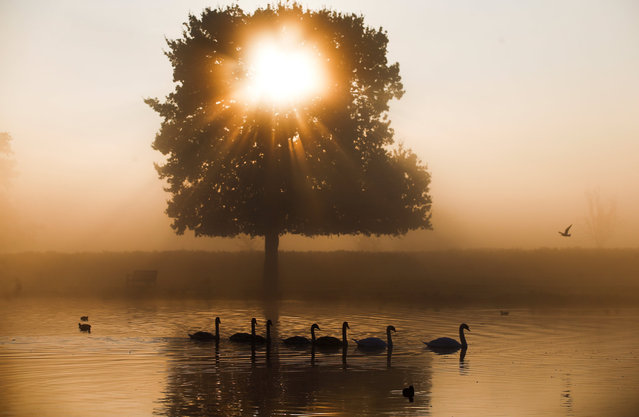 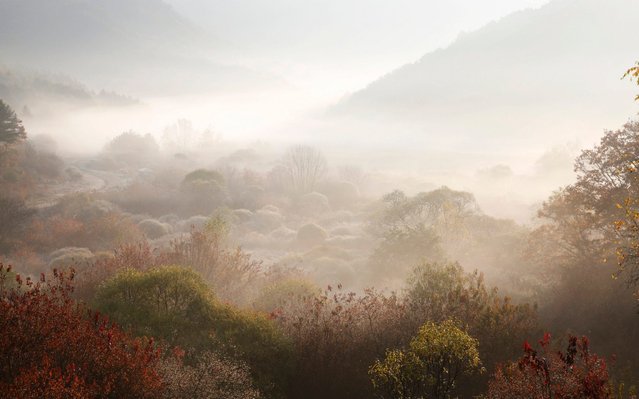