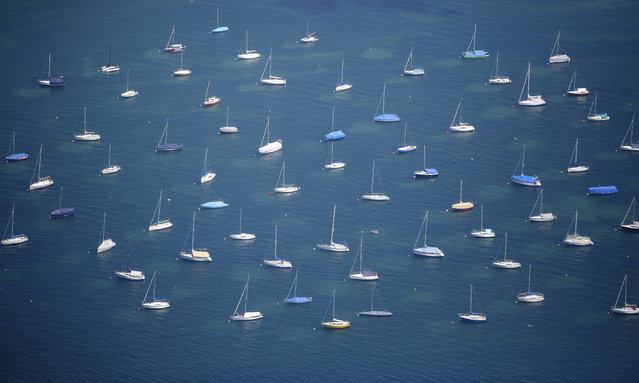 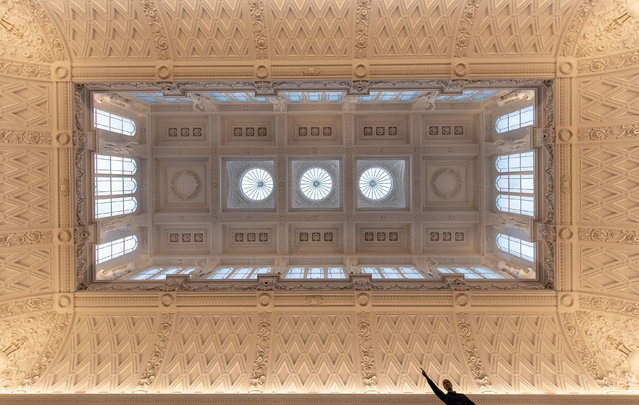 A view of the newly refurbished Grade 1 listed ceiling in the main gallery at the Fitzwilliam Museum in Cambridge, England on October 6, 2019 featuring ornate plasterwork and casts of the Parthenon Frieze, widely considered to be one of the finest museum interiors in the world. (Photo by Joe Giddens/PA Images via Getty Images) 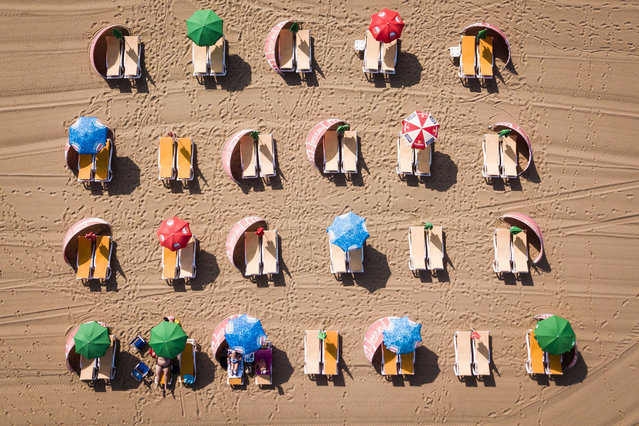 An image taken with a drone shows beach umbrellas and deck chairs as beachgoers enjoy the hot weather in Scheveningen, the Netherlands, 24 July 2019. The Royal Dutch Meteorological Institute has issued an official warning due to high temperatures affecting the country as well as Western Europe. (Photo by Sem van der Wal/EPA/EFE) 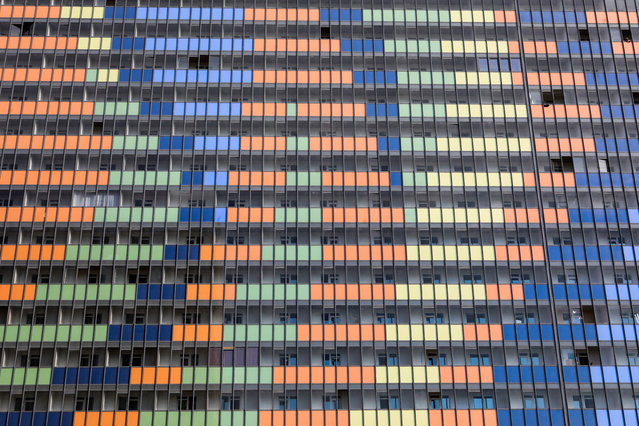 An apartment block under construction in the village of Murino in Leningrad Region, Russia on August 20, 2019. (Photo by Roman Pimenov/TASS) 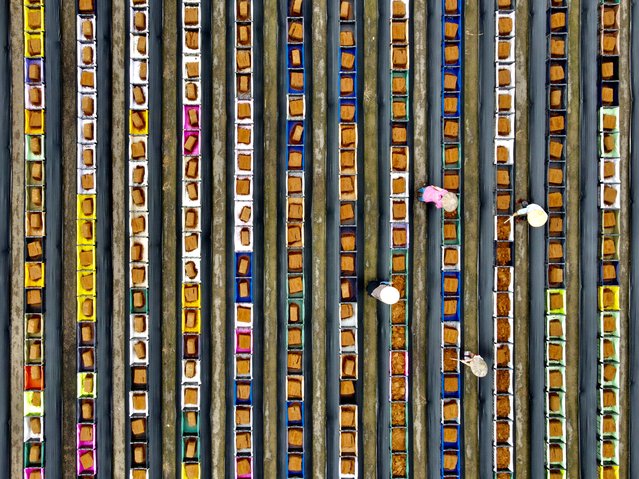 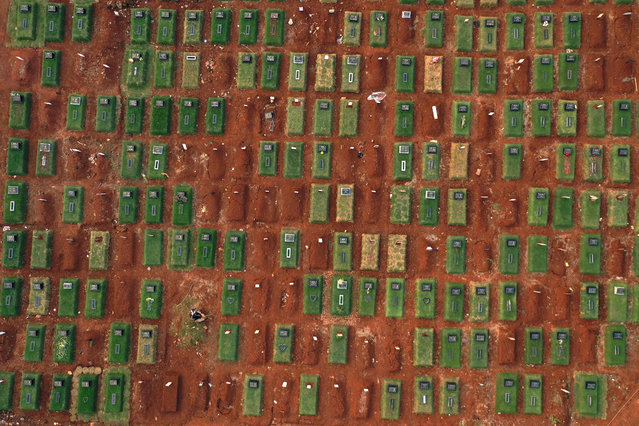 This aerial picture taken on August 10, 2020 shows a graveyard for victims of the COVID-19 coronavirus at the Pondok Ranggon cemetery in Jakarta. The country of nearly 270 million is among the worst hit in Asia by the pandemic, with cases in all its 34 provinces, including the remote Maluku island and easternmost Papua. (Photo by Adek Berry/AFP Photo) 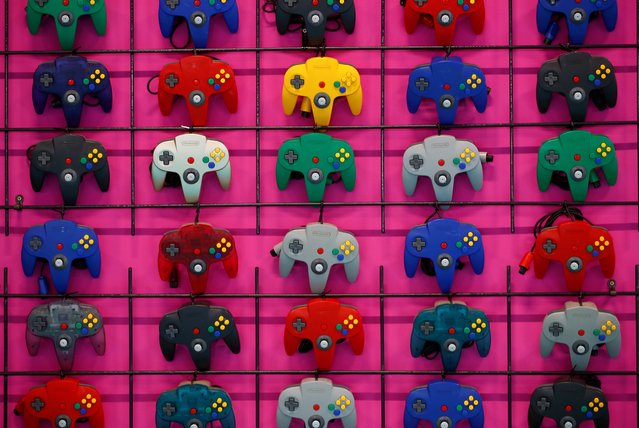 Variations of the Nintendo 64 controller are displayed during the media day of Gamescom in Cologne, Germany on August 20, 2019. (Photo by Wolfgang Rattay/Reuters) 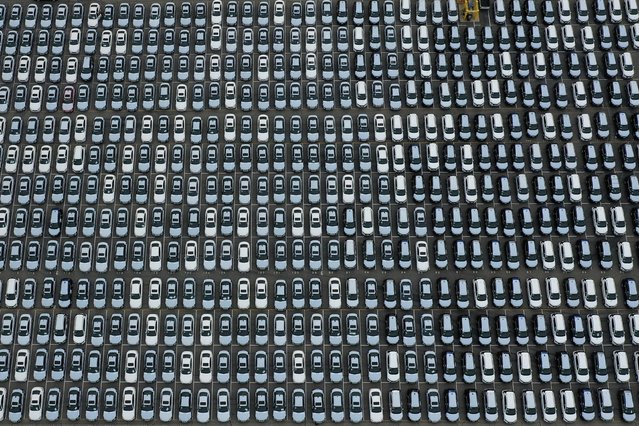 New cars are seen lined up next to the dock as the global outbreak of the coronavirus disease (COVID-19) continues, at the Port of Los Angeles, California, U.S., April 29, 2020. (Photo by Lucy Nicholson/Reuters) 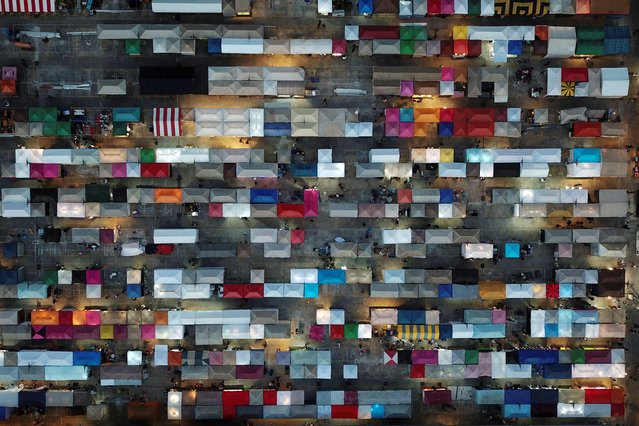 A view of the Ratchada Railway Night Market which is reopnening amid the coronavirus disease (COVID-19) outbreak after the Thai government eased isolation measures, in Bangkok, Thailand, May 15, 2020. (Photo by Jorge Silva/Reuters) 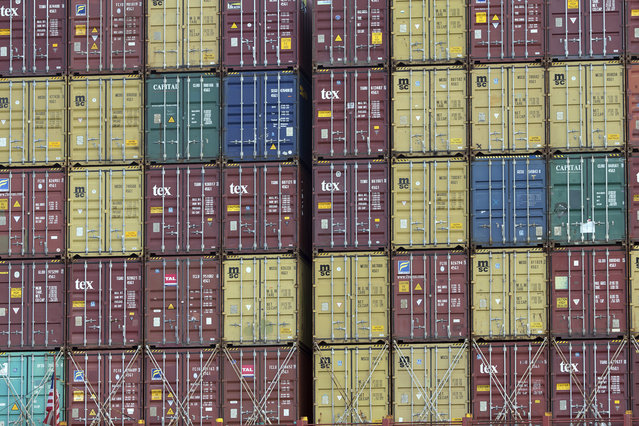 In this July, 5, 2018 photo, a bay of 40-foot shipping container fill the stern of a container ship at the Port of Savannah in Savannah, Ga. President Donald Trump turned up the pressure on China Sunday, May 5, 2019, threatening to hike tariffs on $200 billion worth of Chinese goods. (Photo by Stephen B. Morton/AP Photo/File) 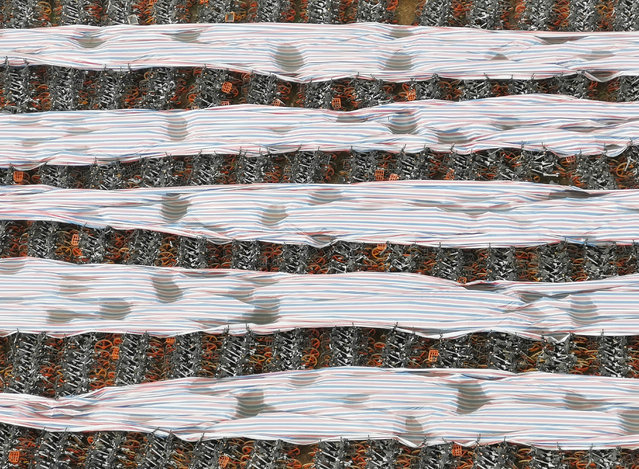 Bicycles of bike-sharing service Mobike are seen covered by tarps at a logistic base in Wuhan, Hubei province, China February 24, 2019. (Photo by Reuters/China Stringer Network) 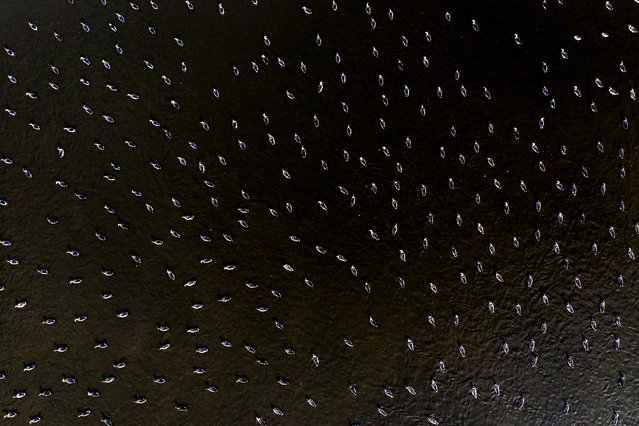 A flock of greylag geese and greater white-fronted geese gather at the municipality of Hortobagy, Hungary, Thursday, February 27, 2020. Between October and March the geese are regular guests of the Hortobagy prairies and fishponds. (Photo by Zsolt Czegledi/MTI via AP Photo) 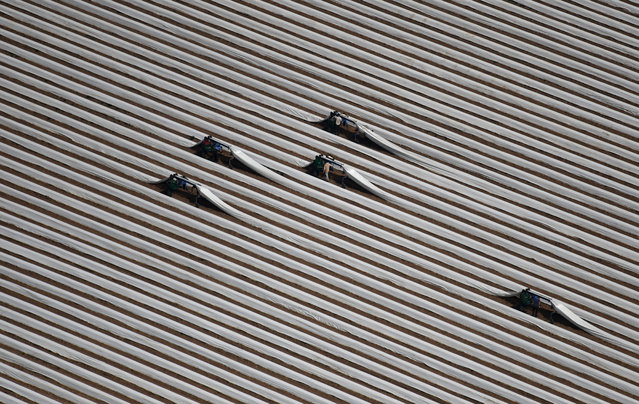 This aerial view shows workers on an asparagus field near Grevenbroich, western Germany, on May 8, 2020. (Photo by Ina Fassbender/AFP Photo) 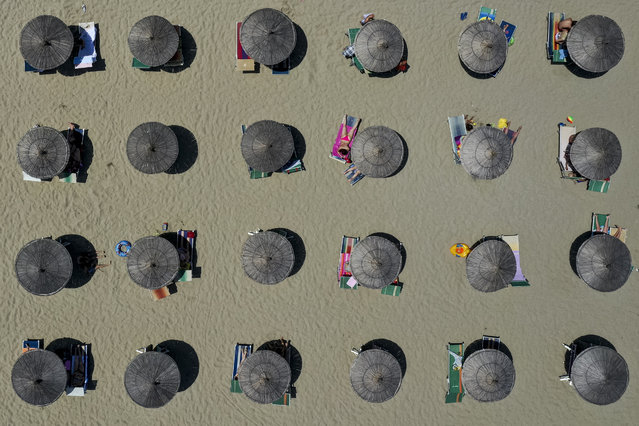 This aerial view taken on July 6, 2019, shows parasols on a beach of the Adriatic Sea in Durres, as a heatwave sweeps through Europe. Temperatures rise to 39 degrees Celsius in Albania. (Photo by Gent Shkullaku/AFP Photo) 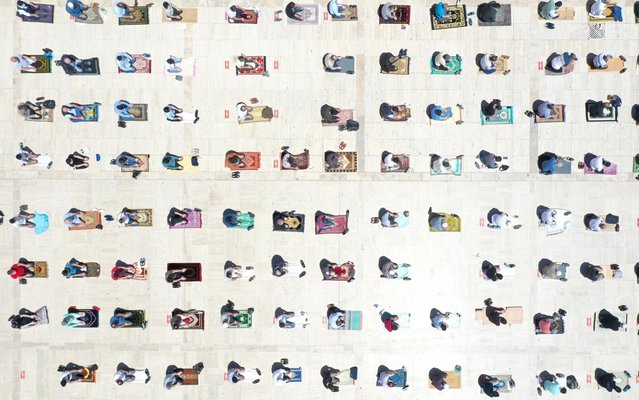