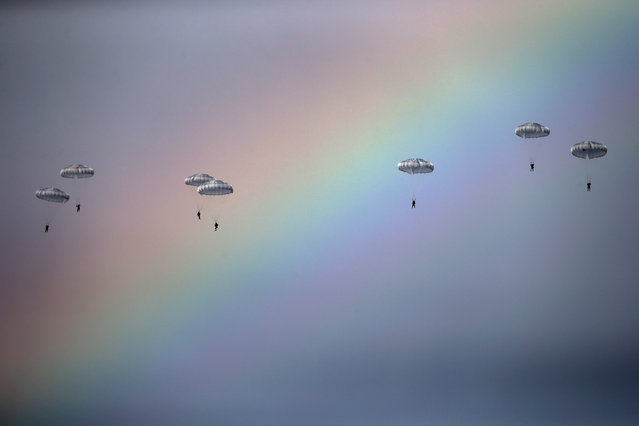 Russian paratroopers jump past rainbow from an IL-76 transport plane during a joint Serbian-Russian military training exercise “Slavic Brotherhood” in the town of Kovin, near Belgrade, Serbia November 7, 2016. (Photo by Marko Djurica/Reuters) 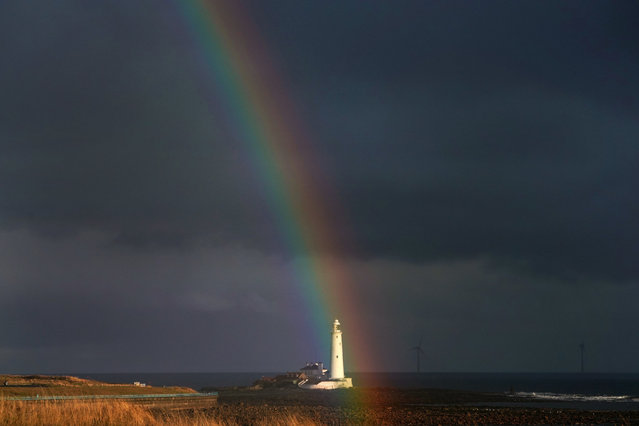 A rainbow over St Mary’s Lighthouse at Whitley Bay, North Tyneside, UK on November 25, 2018. A change in the UK’s weather is expected in the coming days as Storm Diana sweeps in from the Atlantic. (Photo by Owen Humphreys/PA Wire) 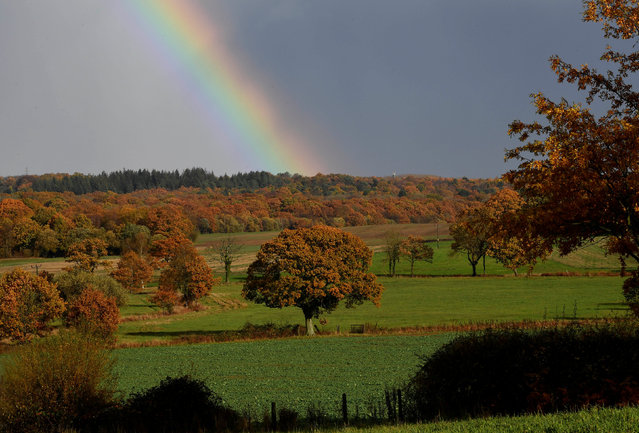 Autumn foliage is seen with a rainbow behind at North Baddesley, southern Britain November 11, 2018. (Photo by Toby Melville/Reuters) 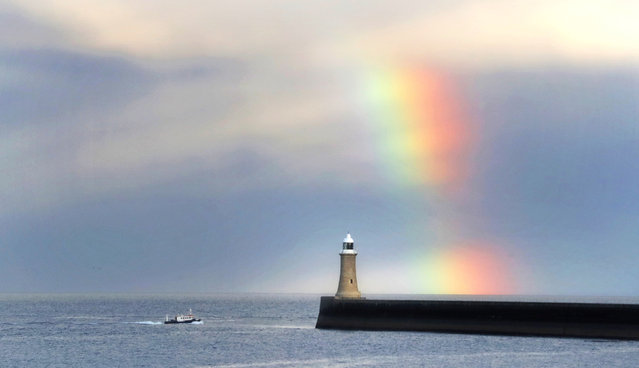 A rainbow over Tynemouth lighthouse in Northumberland, England on September 6, 2018. (Photo by Owen Humphreys/PA Wire via Getty Images) 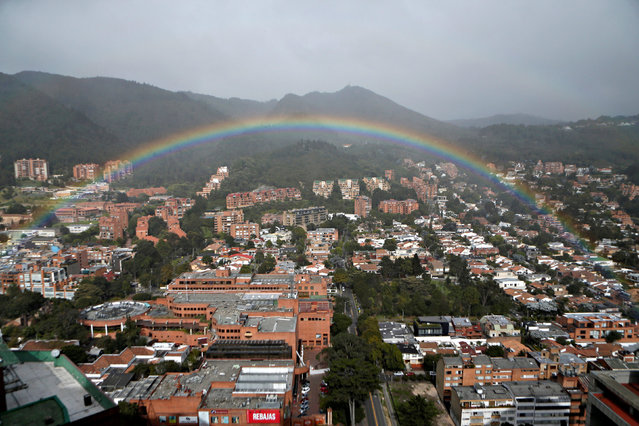 A rainbow appears over the eastern hills in Bogota, Colombia August 9, 2018. (Photo by Luisa Gonzalez/Reuters) 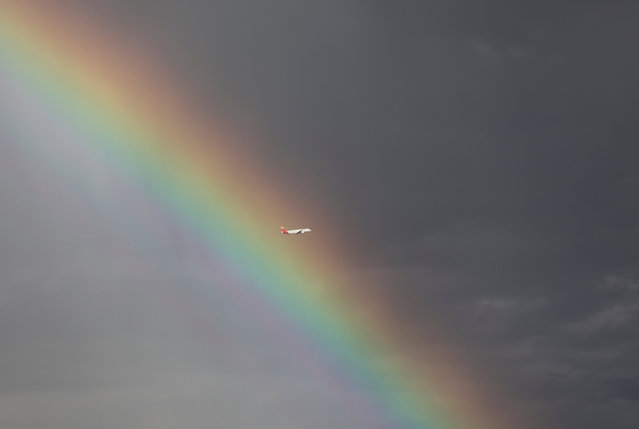 An Iberia passenger plane flies past a rainbow after taking off from Adolfo Suarez Barajas airport in Madrid, Spain October 9, 2018. (Photo by Sergio Perez/Reuters) 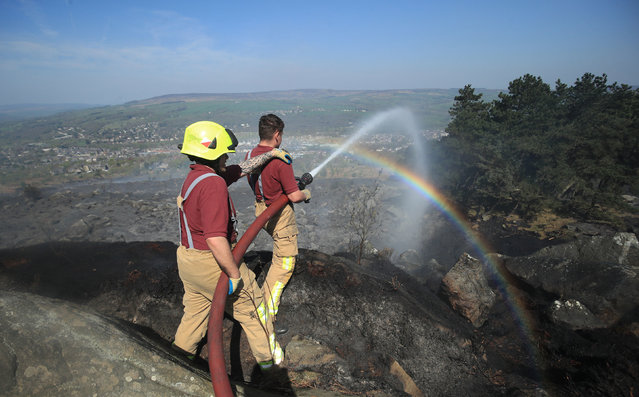 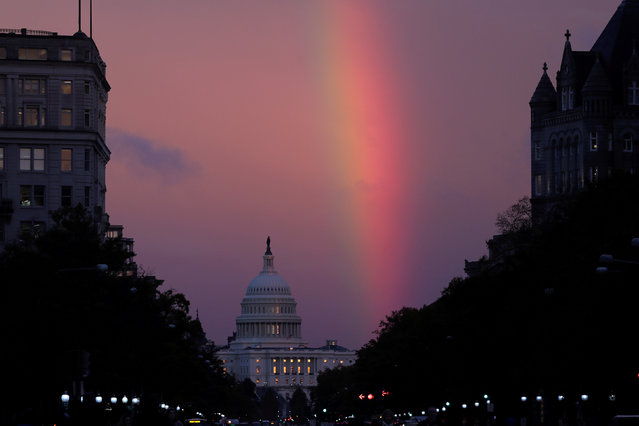 A rainbow forms over the U.S. Capitol as evening sets on midterm Election Day in Washington, November 6, 2018. (Photo by Jonathan Ernst/Reuters) 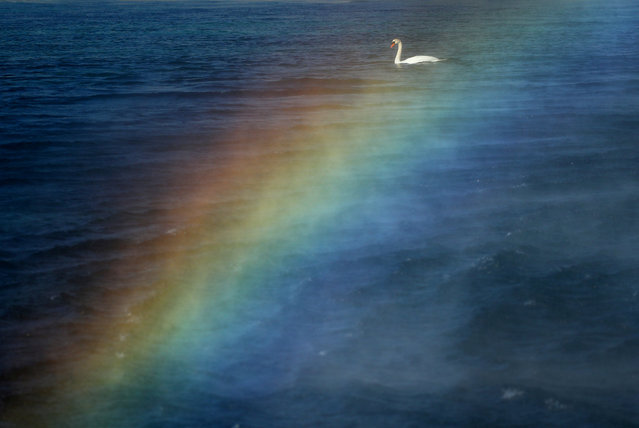 A swan is pictured through a rainbow created by the water falling from the Jet d'Eau water fountain in Geneva, Switzerland, March 22, 2019. (Photo by Denis Balibouse/Reuters) 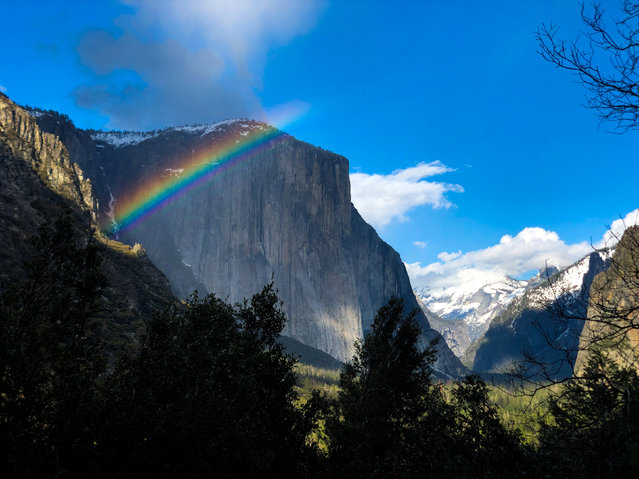 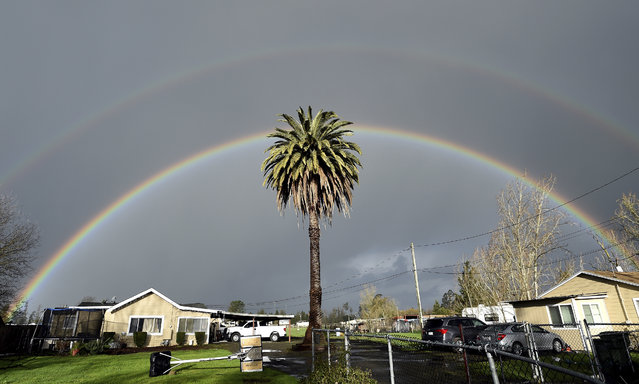 A double rainbow arcs over a palm tree in Santa Rosa, Calif., on Friday, February 15, 2019. In California, rainwater continued to drain from saturated landscapes even as a new system moved into northern areas of the state and more heavy snow fell in the Sierra Nevada. (Photo by Josh Edelson/AP Photo) 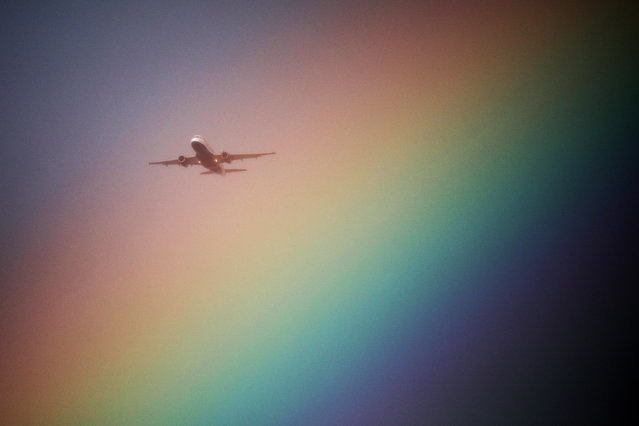 A British Airways aeroplane flies near a rainbow on its way to Heathrow Airport in London, Britain, July 23, 2017. (Photo by Kevin Coombs/Reuters) 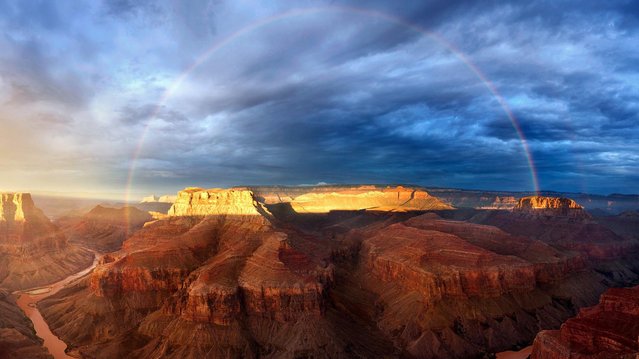 Come rain and shine: “tenacious scouting” and luck led to this shot of a rainbow over the Grand Canyon in Arizona. (Photo by Colin Sillerud) 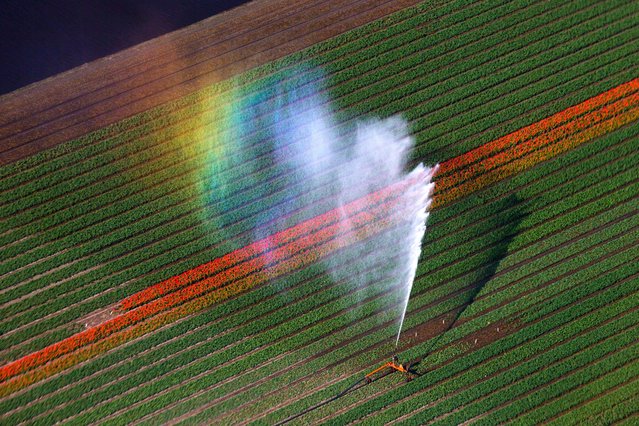 Aerial view of flower fields surrounding Keukenhof spring park in Lisse, near Amsterdam, Netherlands, Wednesday, April 10, 2019. For years, the Dutch agriculture, horticulture and logistics industries have been refined to swiftly deliver their produce to customers in the United Kingdom. A so-called “hard” Brexit could seriously impact the supply chain with delays expected at British and European ports if Britain leaves the EU without a deal. (Photo by Peter Dejong/AP Photo) 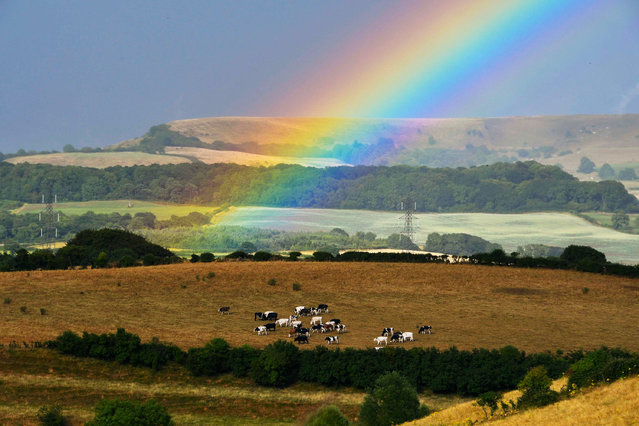 A rainbow over the the fields at Uploders in Dorset, England on July 16, 2018, as a heavy shower passed by. (Photo by Graham Hunt/Alamy Live News) 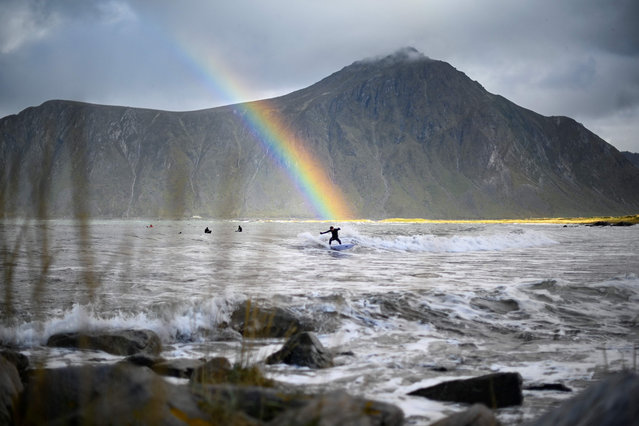 Surfer Anker Olsen Frantzen, 17, of Norway, rides a wave under a rainbow during a free surf session on September 26, 2018, in Flakstad, northern Norway, at the eve of the Lofoten Masters 2018. Lofoten Masters 2018, the most northern Surf contest, will be held from September 27 to 30, in Unstad, within Arctic circle. (Photo by Olivier Morin/AFP Photo) 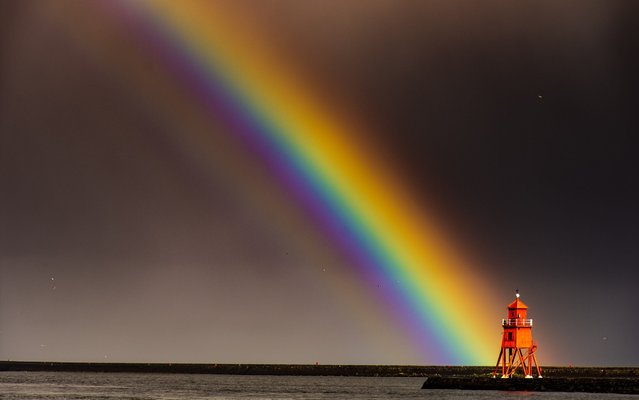