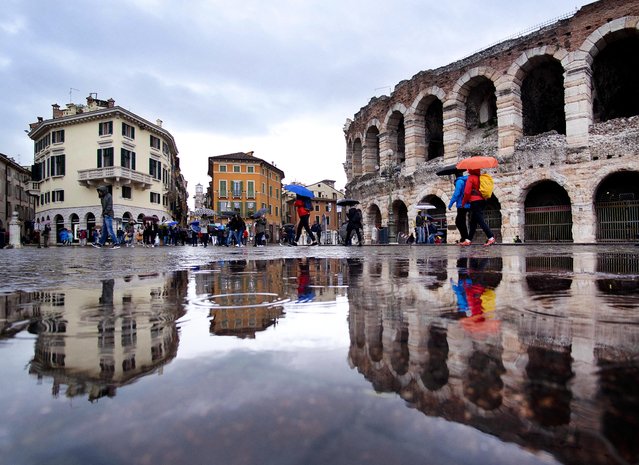 Tourists walk in the pouring rain along the old arena, right, and buildings of the old town in Verona, Italy, Tuesday, April 23, 2019. (Photo by Michael Probst/AP Photo) 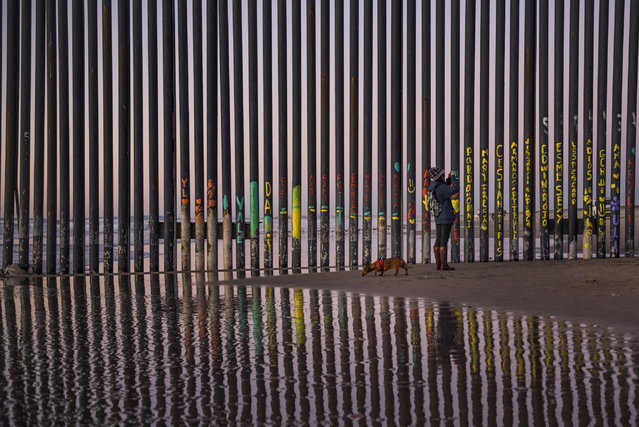 In this January 3, 2019, file photo, a woman takes a photo by the border fence between San Diego, Calif., and Tijuana, as seen from Mexico. The top House Republican says a bipartisan border security compromise that Congress hopes to produce doesn't have to include the word “wall”. (Photo by Daniel Ochoa de Olza/AP Photo) 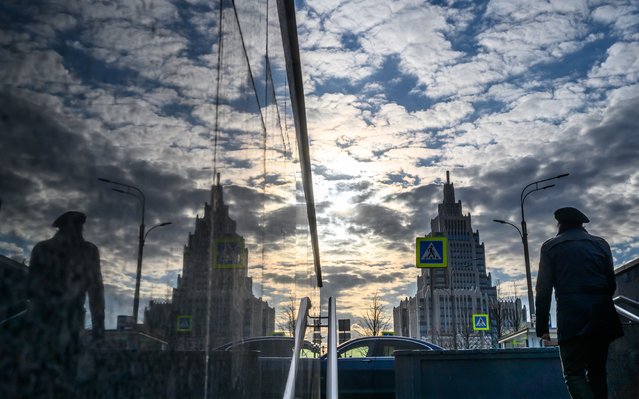 A man walks towards the headquarters of Sberbank, the biggest Russian state owned bank, in Moscow on April 18, 2019. (Photo by Mladen Antonov/AFP Photo) 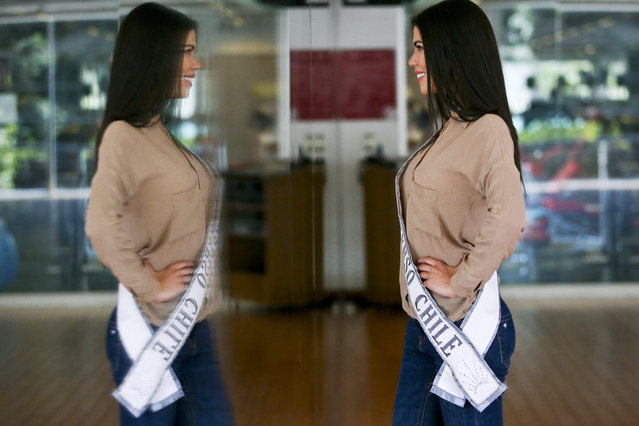 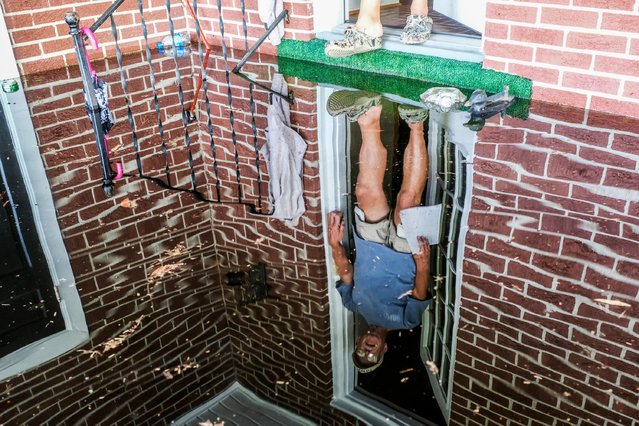 Floyd Boyd is reflected in floodwaters as he measures the water in his car port and finds it inches from entering his home on Sunday, September 23, 2018 in Conway, S.C. The Sherwood Drive area of Conway, S.C., began to look like a lake on Sunday as homes were submerged deeper than ever in flood waters that have already set historic records. (Photo by Jason Lee/The Sun News via AP Photo) 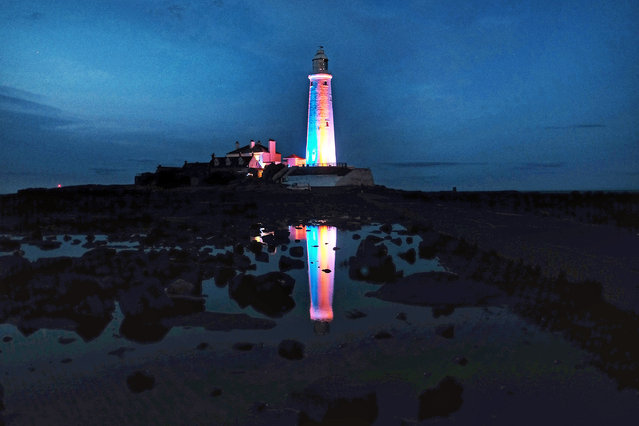 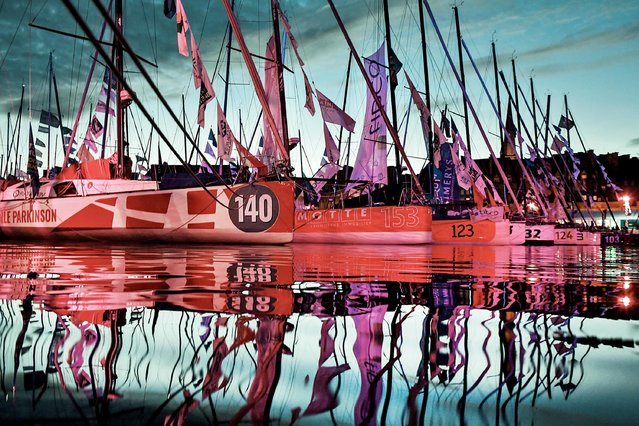 Race boats are docked on October 31, 2018 in the harbour of Saint- Malo, Brittany, few days ahead of the start of the 40 th Route du Rhum solo sailing race. Created in 1978, the Route du Rhum, a solo race held every four years between Saint- Malo to Pointe- a-Pitre, in the French West Indies, celebrates its 40 th anniversary in 2018. (Photo by Fred Tanneau/AFP Photo) 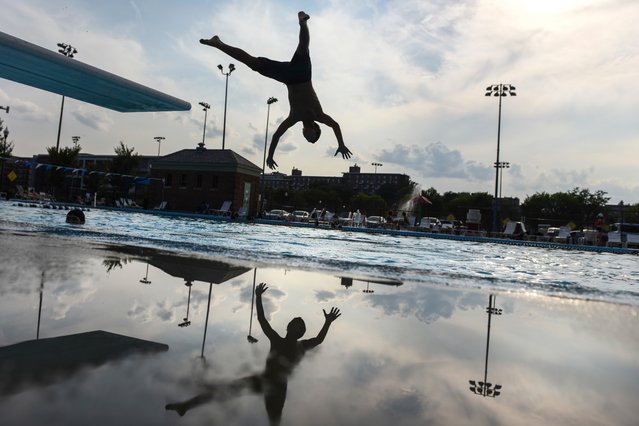 Ivan Nolia, 14, leaps off a diving board in Washington, USA on August 15, 2018. (Photo by Michael Robinson Chavez/The Washington Post) 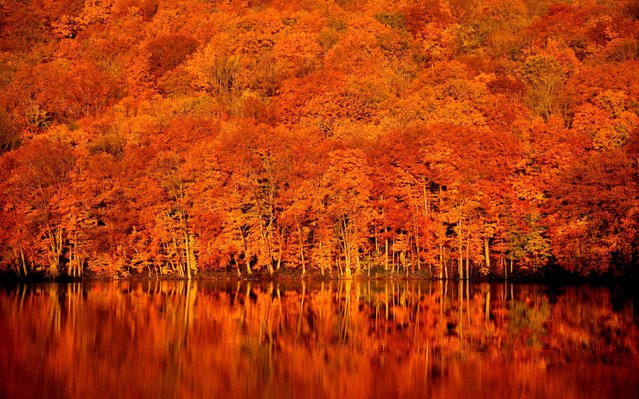 Autumn leaves reflect on the surface of Tsutanuma Pond on October 24, 2017 in Towada, Aomori, Japan. (Photo by The Asahi Shimbun via Getty Images) 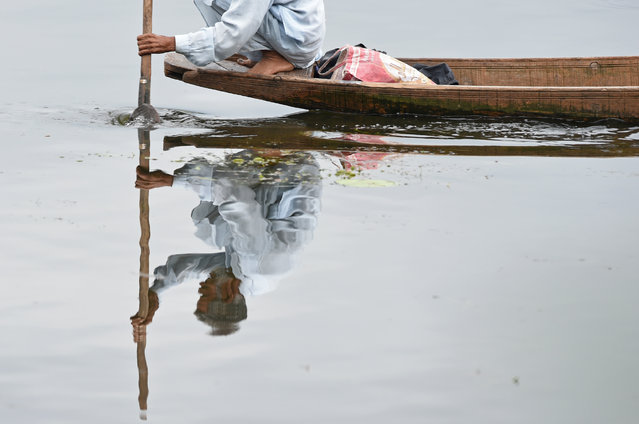 Kashmiri fisherman rows a boat after a rainfall in Srinagar, India on August 8, 2018. (Photo by Tauseef Mustafa/AFP Photo) 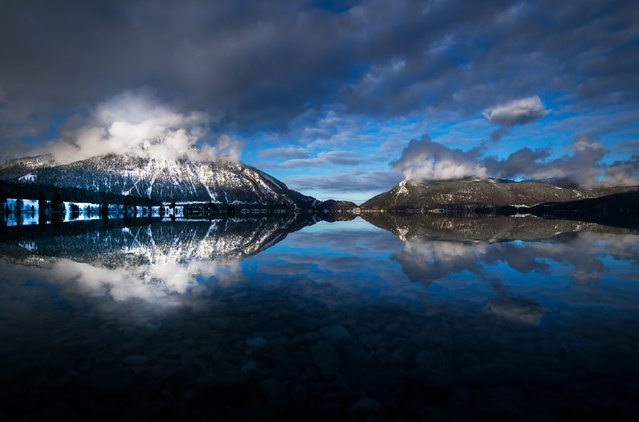 The Herzogstand mountain spotlighted by the afternoon sun reflects in the water of the Walchensee lake near Einsiedel, southern Germany, on December 20, 2017. (Photo by Peter Kneffel/AFP Photo/DPA) 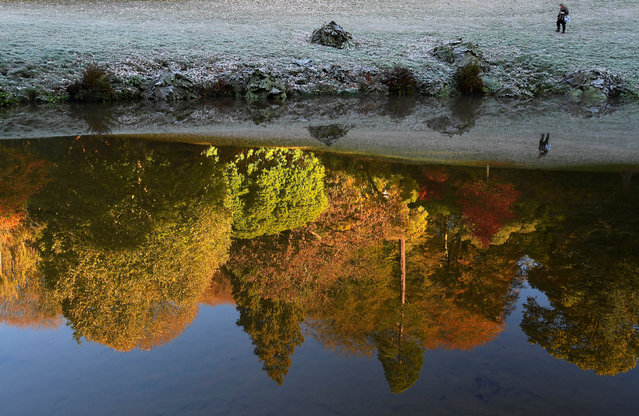 A visitor and autumn foliage are reflected in the lake at Stourhead gardens in Wiltshire, Britain, November 2, 2018. (Photo by Toby Melville/Reuters) 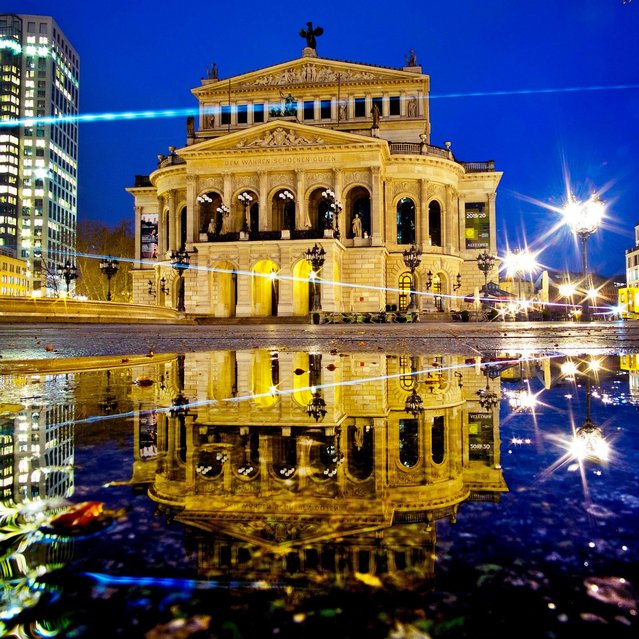 The Old Opera is reflected in a puddle in Frankfurt, Germany, early Friday, April 5, 2019. (Photo by Michael Probst/AP Photo) 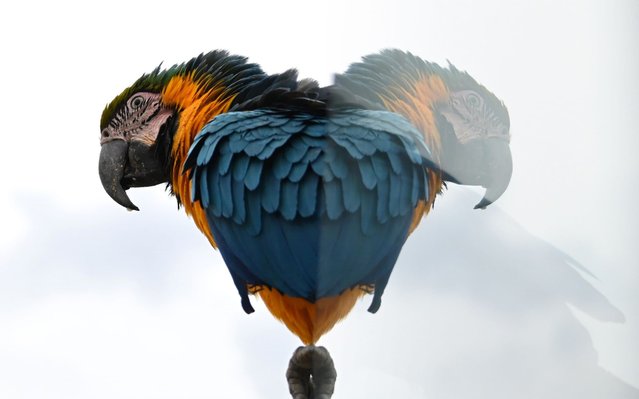 A wild blue-and-yellow macaw, or blue-and-gold macaw, is reflected on a protection on the top of a building in Caracas on May 23, 2019. (Photo by Marvin Recinos/AFP Photo) 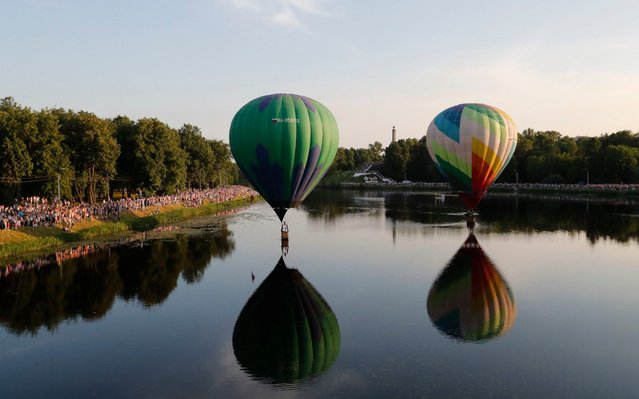