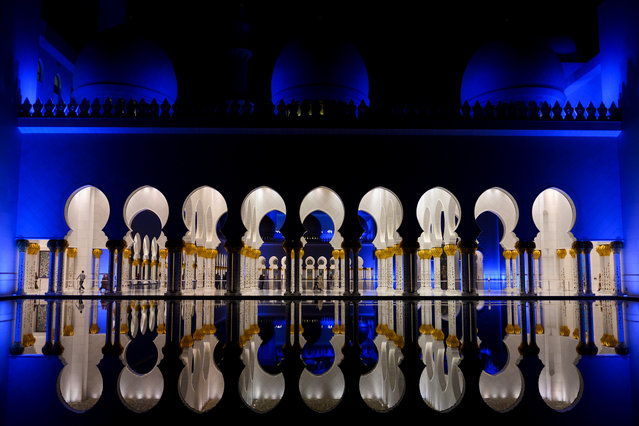 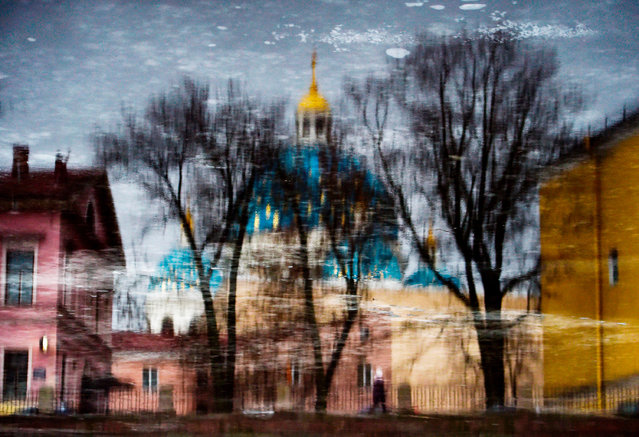 Buildings and the Trinity Cathedral are reflected in the Fontanka River in Saint Petersburg on December 5, 2018. (Photo by Olga Maltseva/AFP Photo) 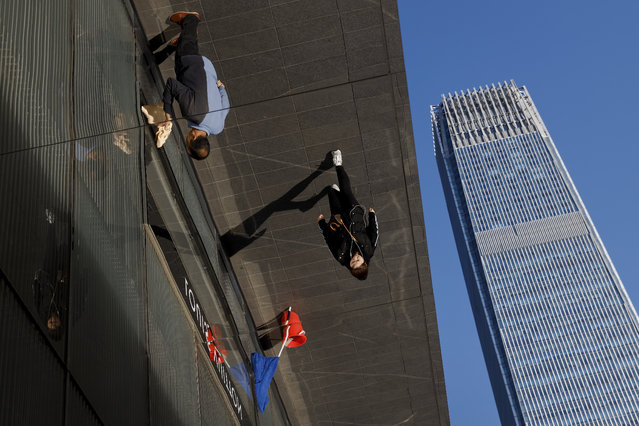 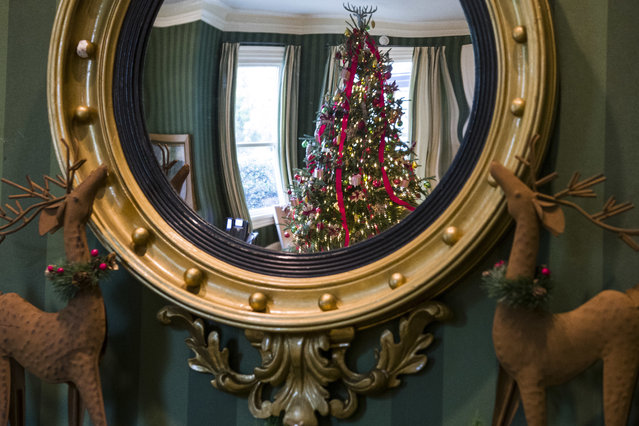 Holiday decorations are seen reflected in a mirror at the Vice President's residence, Thursday, December 6, 2018, in Washington. (Photo by Alex Brandon/AP Photo) 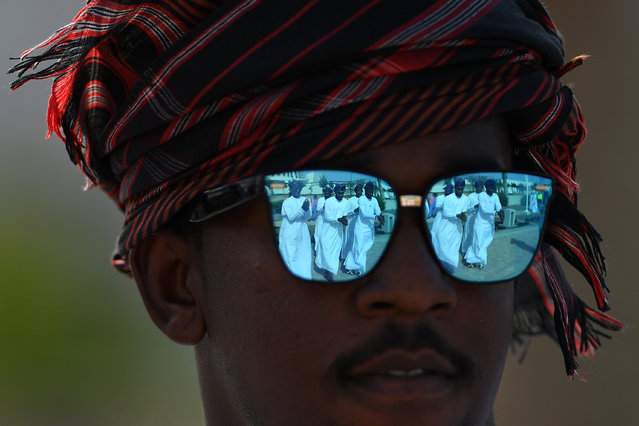 Dancers are reflected in a pair of sunglasses as crowds gather to watch the 10th Tour of Oman cycle race in Muscat, Oman on February 19, 2019. (Photo by Justin Setterfield/Getty Images) 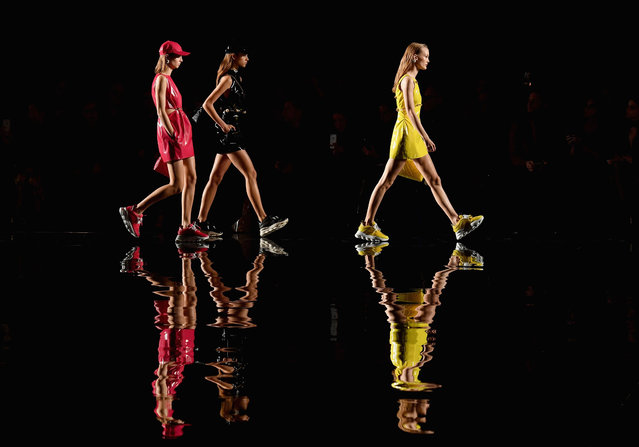 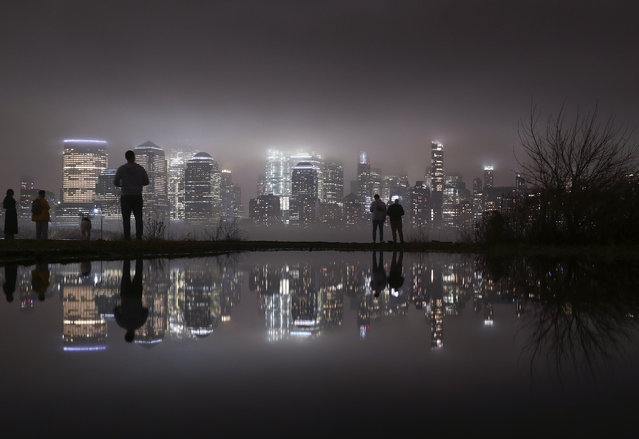 A dense fog shrouds the skyline of lower Manhattan and the Hudson River in New York City on December 28, 2018 as seen from Jersey City, New Jersey. (Photo by Gary Hershorn/Getty Images) 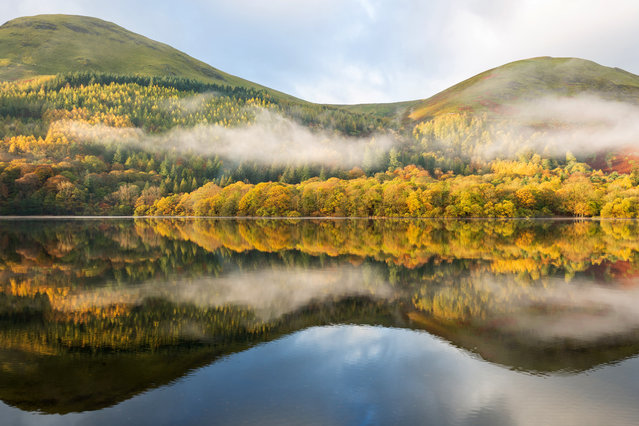 Beautiful autumn colour and low cloud is reflected in Loweswater on November 1, 2018 in Loweswater, United Kingdom. After the long summer, colder and more wintery weather has now settled in across the country. (Photo by Tom White/Getty Images) 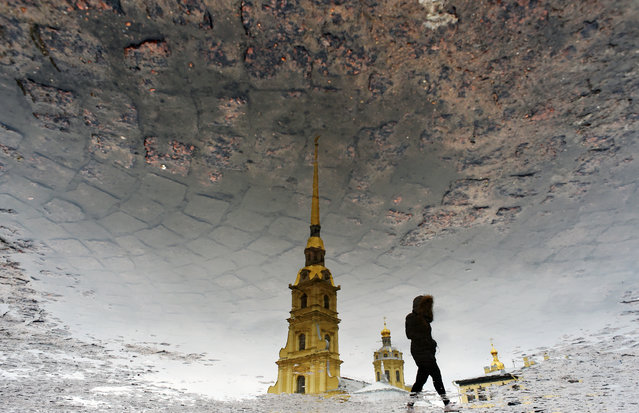 The silhouette of a woman is reflected in a puddle as she crosses a square in front of the Peter and Paul Cathedral in Saint Petersburg on March, 17, 2019. (Photo by Olga Maltseva/AFP Photo) 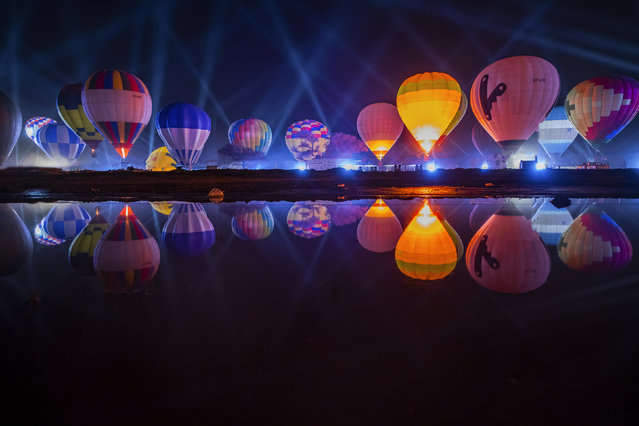 This image released on Friday, February 8, 2019 shows a scene during the 2019 AlUla Balloon Festival part of Winter at Tantora in Al-Ula, Saudi Arabia. Sixty hot air balloons took to the sky in the region's first Hot Air Balloon Festival offering rides to festival goers and locals alike. Each night the balloons light up the night skies with a daily “glow show”. (Photo by Hussain Daghiri/Winter At Tantora via AP Images) 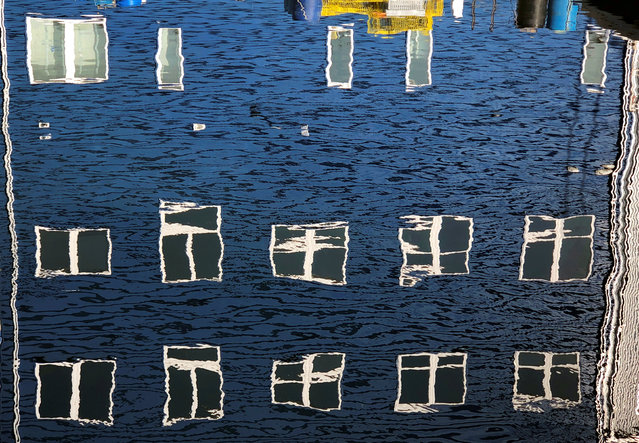 Windows take on different shapes as they reflect upon the water along a wharf in Portland, Maine, U.S., December 24, 2018. (Photo by Kevin Lamarque/Reuters) 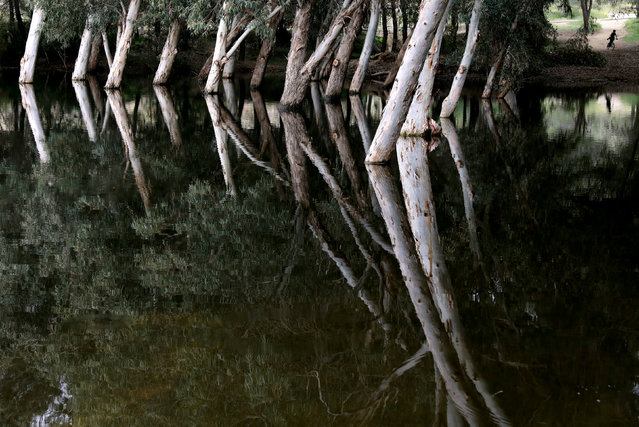 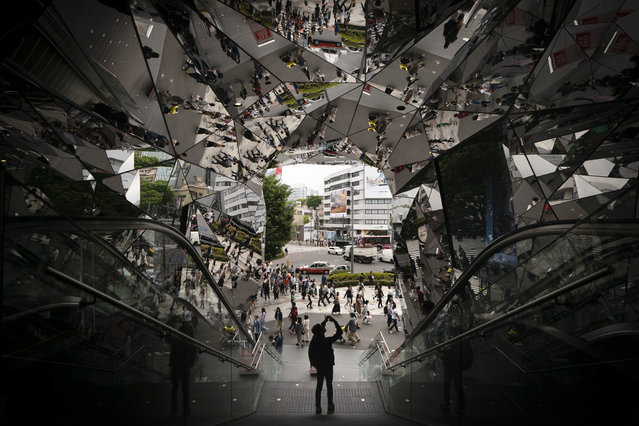 A tourist takes pictures in the entrance way to a shopping mall decorated with mirrors Saturday, May 18, 2019, in Harajuku district of Tokyo. (Photo by Jae C. Hong/AP Photo) 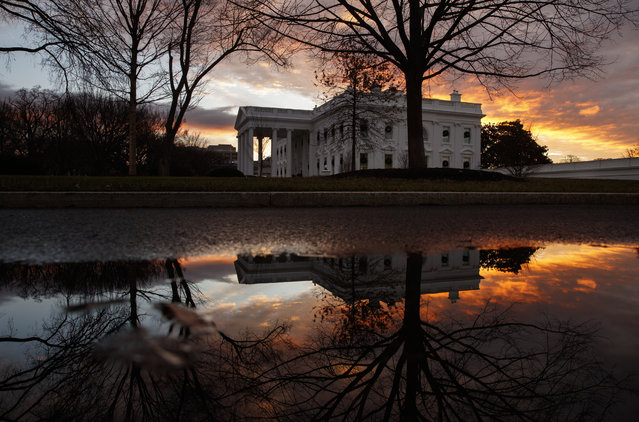 The sun rises behind the White House in Washington, Saturday, December 22, 2018. Hundreds of thousands of federal workers faced a partial government shutdown early Saturday after Democrats refused to meet President Donald Trump's demands for $5 billion to start erecting a border wall with Mexico. Overall, more than 800,000 federal employees would see their jobs disrupted, including more than half who would be forced to continue working without pay. (Photo by Carolyn Kaster/AP Photo) 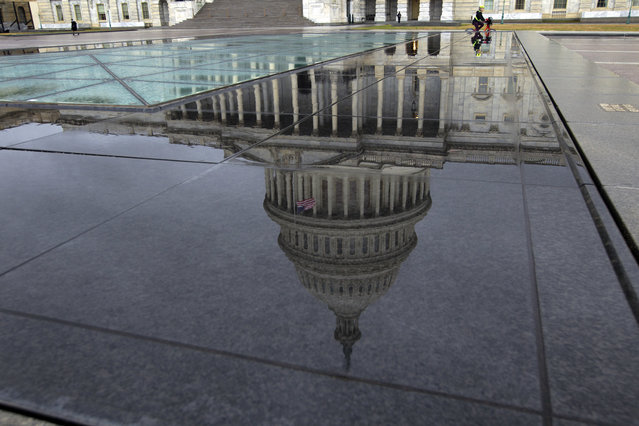