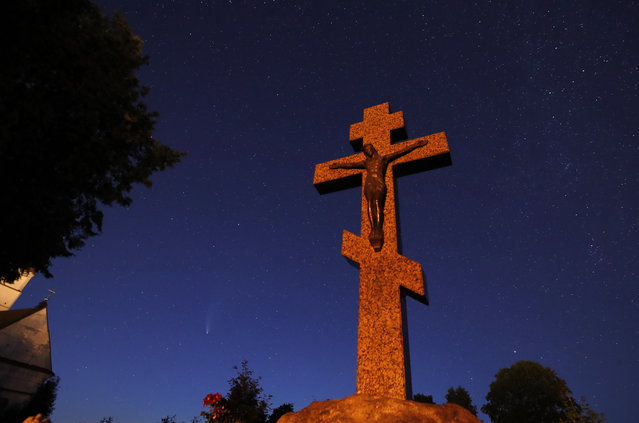 C/2020 F3, or Comet NEOWISE (L), flies across the night sky behind an Orthodox cross in Zaslavl, Belarus, 21 July 2020. The comet's path passed nearest to the Sun on 03 July, while its closest approach to Earth is set to occur on 23 July. (Photo by Tatyana Zenkovich/EPA/EFE) 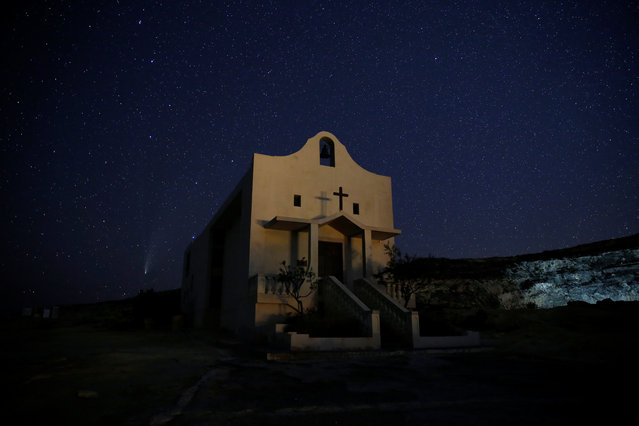 The Comet C/2020 or “Neowise” is seen behind St Anne Chapel at Dwejra, outside the village of San Lawrenz on the island of Gozo, Malta on July 22, 2020. (Photo by Darrin Zammit Lupi/Reuters) 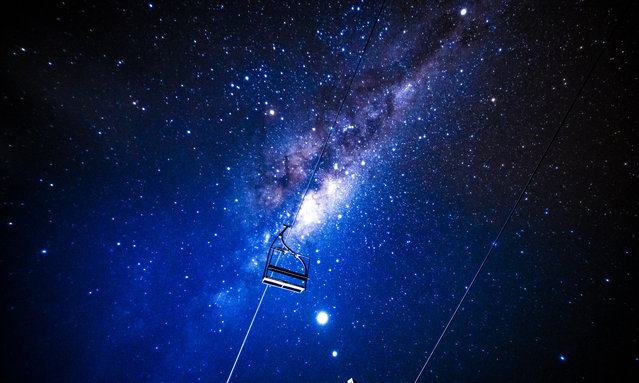 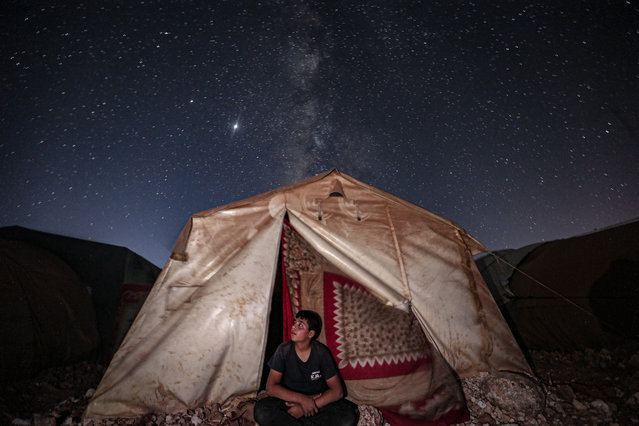 A boy is seen in a refugee camp where displaced Syrians shelter in difficult circumstances due to Assad Regime forces and its allies' attacks over residential areas, in Idlib, Syria on August 15, 2020. (Photo by Muhammed Said/Anadolu Agency via Getty Images) 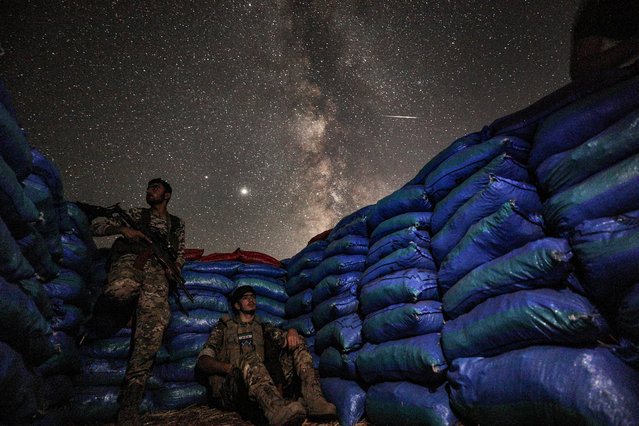 This long-exposure picture taken early on July 23, 2020, shows the Milky Way galaxy rising in the sky above Syrian fighters of the Turkish-backed National Front for Liberation group while on watch duty between sandbags in the town of Taftanaz along the frontlines in the country's rebel-held northwestern Idlib province. (Photo by Omar Haj Kadour/AFP Photo) 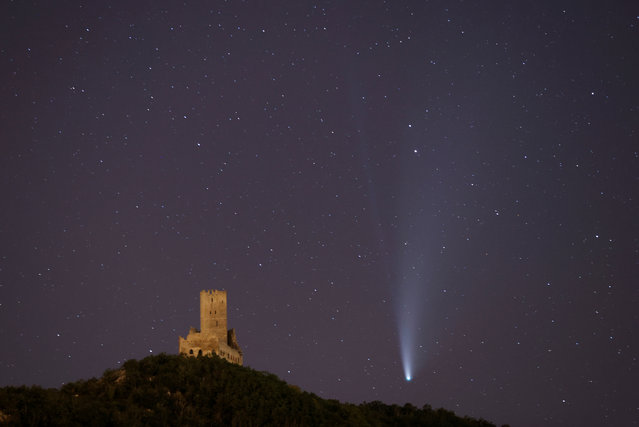 The Comet C/2020 or “Neowise” is seen in the sky over Ortenbourg castle, near Scherwiller, France early July 20, 2020. (Photo by Christian Hartmann/Reuters) 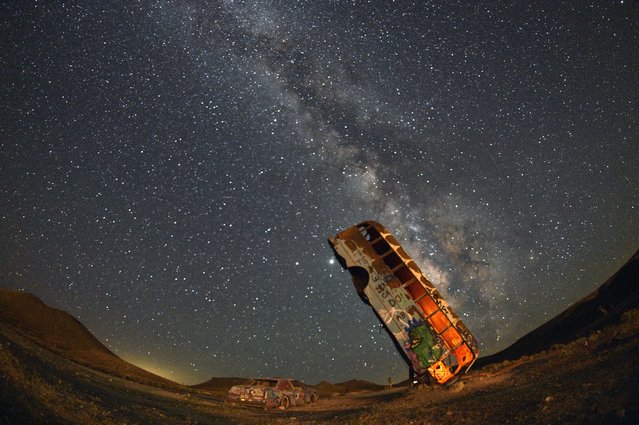 The Milky Way galaxy is seen in the sky above the International Car Forest of the Last Church in Goldfield, Nevada on July 18, 2020. The roadside attraction, created in 2002 by Mark Rippie, has over 36 automobiles including cars, trucks, vans and buses that have been balanced on their ends or stacked on top one of another. (Photo by David Becker/AFP Photo) 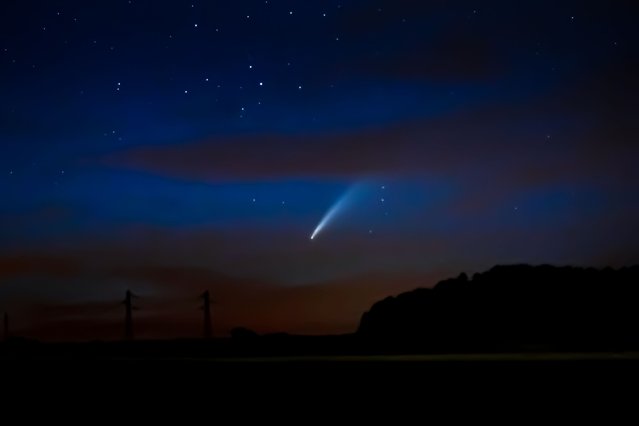 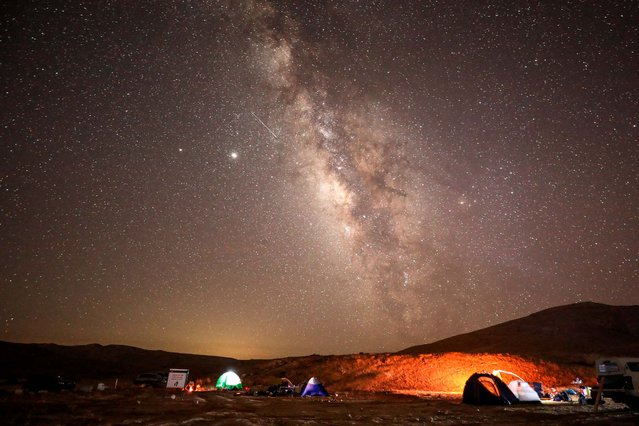 A Perseid meteor streaks across the sky above a camping site at the Negev desert near the city of Mitzpe Ramon on August 11, 2020 during the Perseids meteor shower, which occurs every year when the Earth passes through the cloud of debris left by the comet Swift-Tuttle. (Photo by Menahem Kahana/AFP Photo) 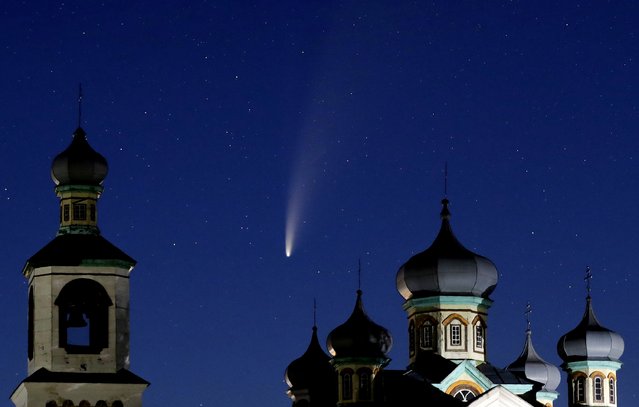 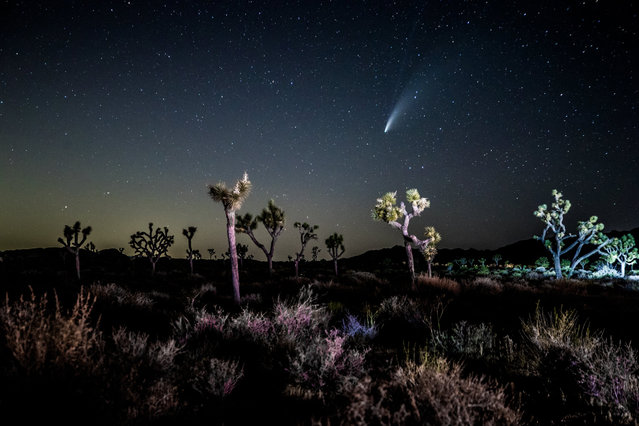 Comet NEOWISE, also known as “C/2020 F3”, is seen on July 19, 2020 in Joshua Tree, California. The comet is currently visible after sunset in the Northern Hemisphere and will have its closest encounter with Earth on July 23 when it will be around 64 million miles away. (Photo by Rich Fury/Getty Images) 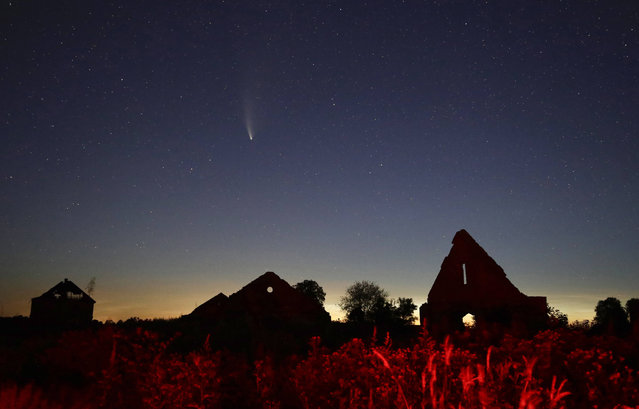 The comet Neowise or C/2020 F3 is seen behind the ruins of a medieval castle near the village of Shchorsy, 130 kilometers (81 miles) west of capital Minsk, Belarus, early Wednesday, July 22, 2020. (Photo by Sergei Grits/AP Photo) 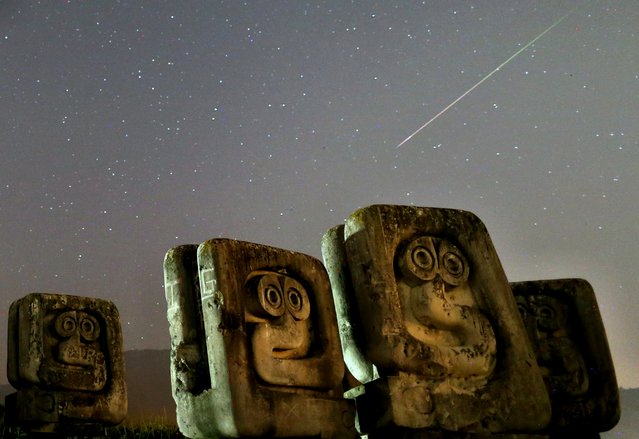 A meteor streaks past stars in the night sky above the Necropolis on Smrike for the victims of Fascism during the Perseid meteor shower in Novi Travnik, Bosnia and Herzegovina, August 12, 2020. (Photo by Dado Ruvic/Reuters) 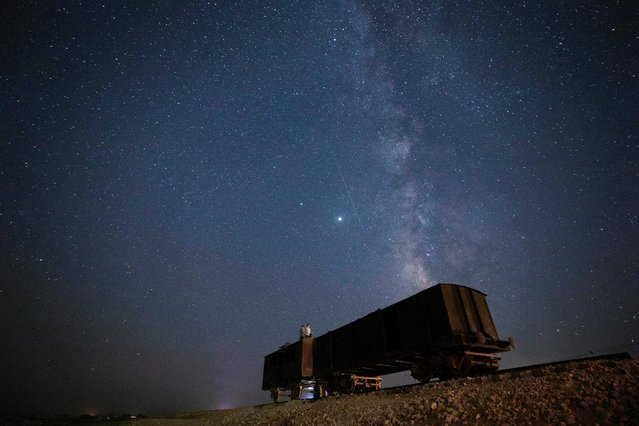